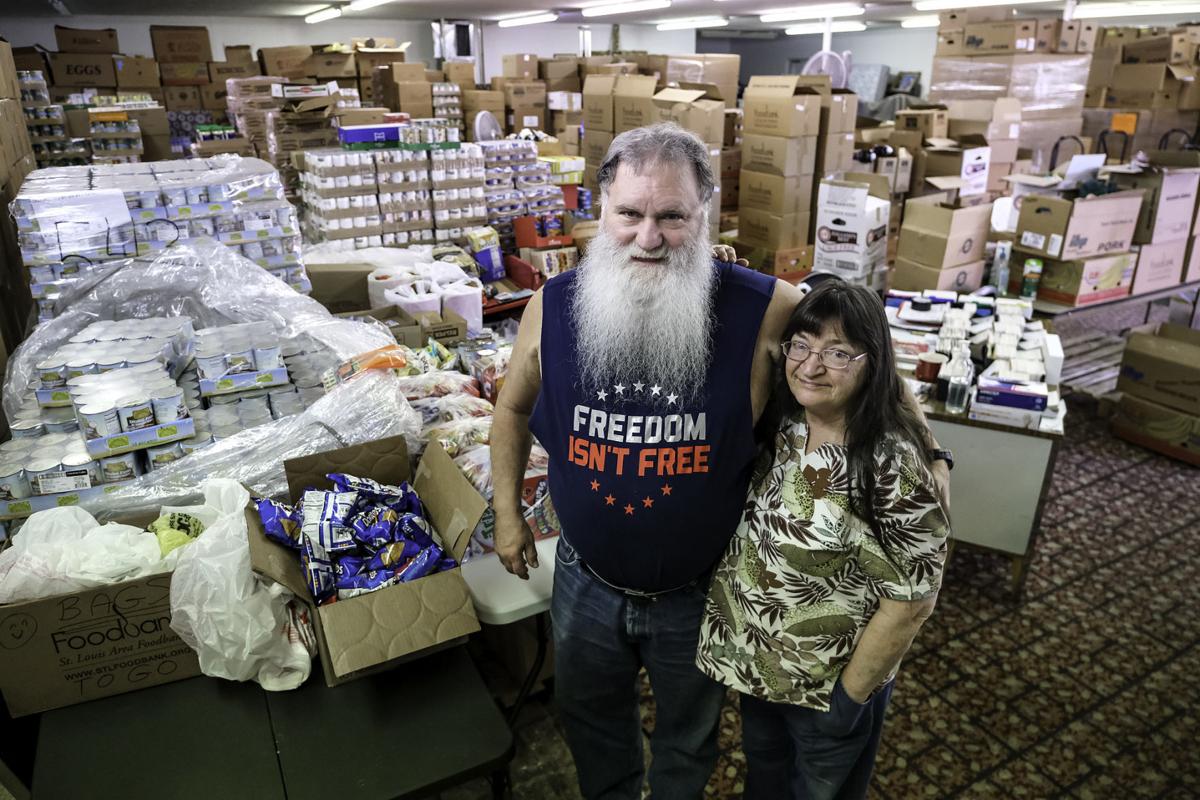 George and Betty Culley stand in front of the supply of food at the Least of the Brethren Food Pantry in Pinckneyville. The food pantry is celebrating its 25th anniversary. 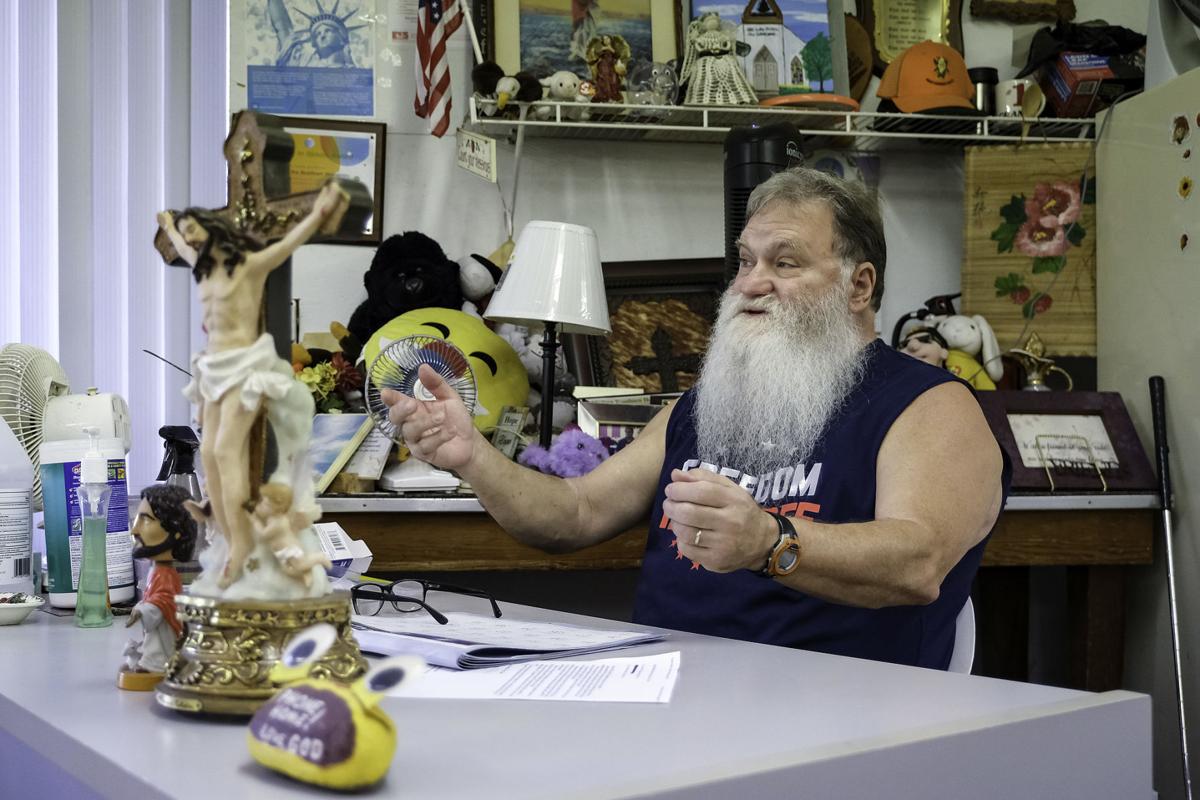 George Culley discusses his 25 years of operating the Least of the Brethren Food Pantry during an interview on Tuesday in Pinckneyville.

PINCKNEYVILLE — George Culley knows something about feeding the hungry – he’s been doing it for nearly 25 years at Least of the Brethren Food Pantry.

Culley was a coal miner living in West Frankfort when he was laid off. He says he lived on about $300 a month for about nine months.

He opened Least of the Brethren Food Pantry in January 1997 to help others who, like himself, needed the extra hand. He said the operation in West Frankfort was small.

Culley began hearing about people from Pinckneyville that the mines in the area had closed. So, Culley decided to move his food pantry to Pinckneyville in June 1998. Culley will finish his 25th year in December.

“I want to feed people. God will hold me accountable if I don’t feed them,” Cully said. “I love this job.”

Culley is 68 and said he feels like he is on a big horse riding slowly into the sunset. He’s had three stents, 13 major surgeries and other medical issues.

“I’ve had a wonderful life. I want to thank my team. When people come in here, I’m going to feed them,” he said.

To look at Culley, you see someone who has worked for almost everything he’s had. One exception to that is his wife, Betty. They met on GodTube, a Christian video sharing platform, and began having more frequent contact. He traveled to her home in Maine to see her, and stopped in New York to call her to ask her to marry him.

He says Betty Culley was looking at a building to purchase to start a food pantry in her home. She gave that up and moved to Pinckneyville. They were married in 2012.

“She gave everything away,” he said.

Since their marriage, the two have been inseparable and have been feeding the hungry.

The food pantry at 407 S. Douglas St. is open from 9 a.m. to noon Monday and Friday. The Culleys have an apartment in the building. A small church area is there as well.

Culley said God told him to feed the hungry. It was easy to get discouraged, especially in the past 19 months.

Things were very trying for the first six months of the pandemic, and it is still discouraging. Other farmer’s markets closed. Food was in short supply. Manufacturing plants faced difficulties.

Today, Culley believes things are better, but quickly added that they are still not back to normal.

The pantry began giving away more food to each family and the St. Louis Area Food Bank provides enough food to do that.

The Culleys also want to give away more food.

Culley will continue to preach and give away food as long as he can, with the help of his wife.

George and Betty Culley stand in front of the supply of food at the Least of the Brethren Food Pantry in Pinckneyville. The food pantry is celebrating its 25th anniversary.

George Culley discusses his 25 years of operating the Least of the Brethren Food Pantry during an interview on Tuesday in Pinckneyville.