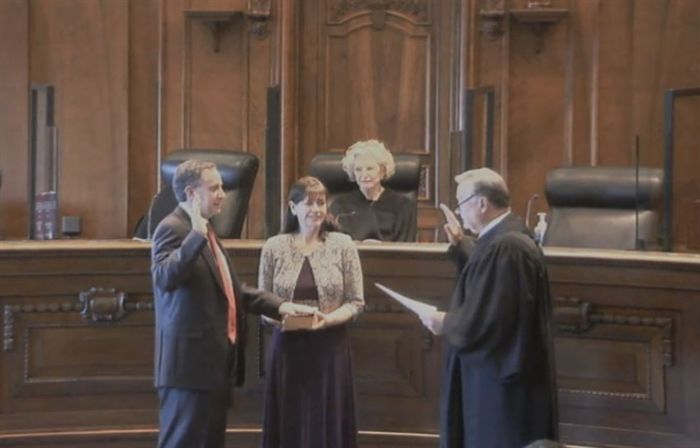 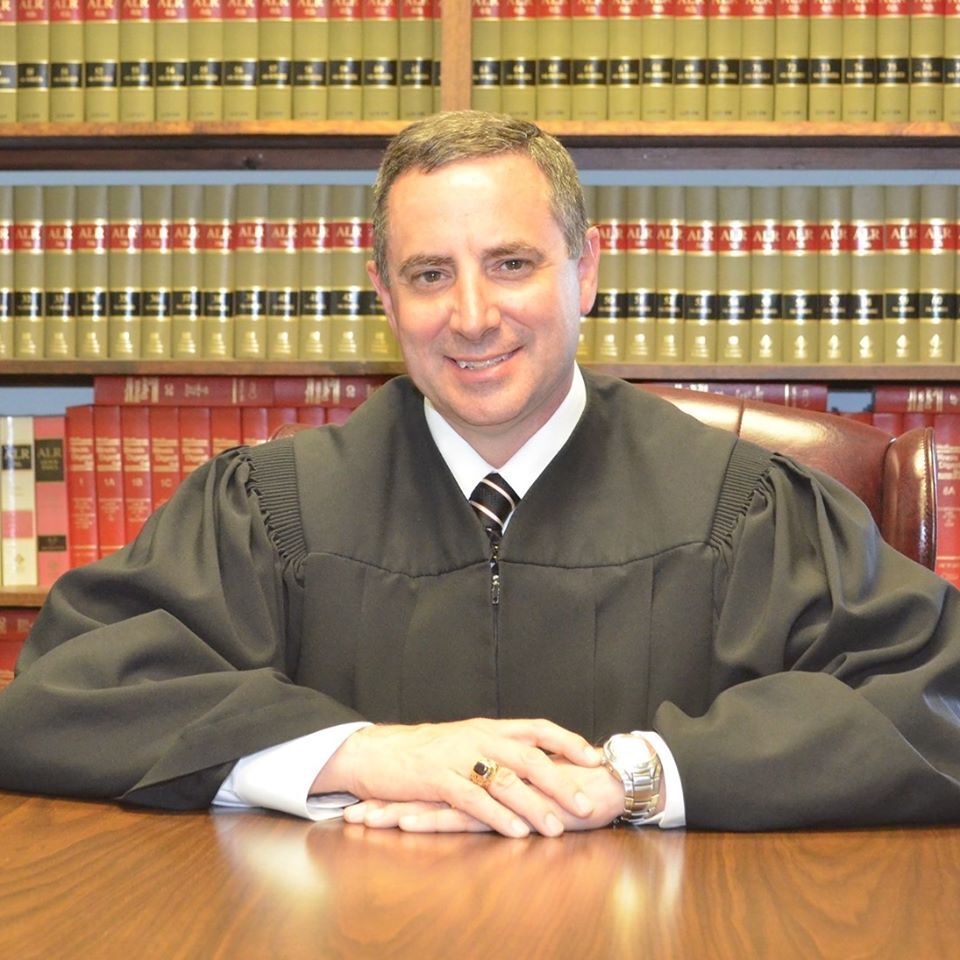 SPRINGFIELD — Justice David K. Overstreet took the oath to become a member of the Illinois Supreme Court on Thursday afternoon.

The 54-year-old was sworn in by his predecessor, Justice Lloyd Karmeier, during an emotional installation ceremony that was livestreamed. Members of Overstreet’s family, as well as close friends, attended the ceremony in person.

He will become one of seven justices on the state’s highest court. His first day is Dec. 7, one day after Karmeier’s term ends. Under the Illinois Constitution, prospective office holders must take the oath of office before their term begins.

Overstreet, who ran as a Republican, won election in November over his opponent, Judy Cates, to represent the 5th Judicial District, which covers 37 counties in Southern Illinois.

Speaking through tears and seated on the bench, Overstreet said he was incredibly honored by the opportunity to serve on the Illinois Supreme Court.

“I thank God for this opportunity, for being with me throughout my life,” Overstreet said. “I'm going to work tirelessly to improve the judiciary and the legal system for all the citizens. I'm going to remember that I am a public servant. I'm going to treat people right. … I will give my all for Illinois today, and every day, I have the privilege of serving as your Illinois Supreme Court justice.”

Until his election to the Illinois Supreme Court, Overstreet served on the 5th District Appellate Court, which is one level below the state Supreme Court. Cates retained her seat on the appellate court.

Overstreet first joined the bench when he was appointed a circuit court judge in the 2nd Judicial Circuit Court in 2007. Before that, he worked in small, private firms in Southern Illinois and Knoxville, Tennessee.

Karmeier, 80, was first elected to the Illinois Supreme Court in 2004. He won retention in 2014 and announced his plan to retire last year.

“Judge Overstreet fully understands and appreciates the role of good attorneys, and good judges. He has been both,” Karmeier said Thursday. “He's been a diligent trial judge, and a respected appellate court justice. He’s earned the respect of fellow lawyers and judges throughout his career. … As a justice on the Illinois Supreme Court, David Overstreet will bring his continuing respect for and devotion to the rule of law, in this court. I'm sure he will do his best to uphold the best traditions of this court in this continuing service to the people of the state of Illinois.”

Chief Justice Anne M. Burke, who presided over the ceremony, also welcomed her new colleague to his “second family” and congratulated Overstreet, who will become the 119th justice on the Illinois Supreme Court.

“If past achievements are any indication of future success, I know you will serve the Supreme Court with the same uncompromising sense of duty and commitment which had been the hallmark of your entire legal career,” Burke said.