Virus in brief: Survivors donate blood as possible serum, and more to know today about steps to stop a pandemic

This story was originally published in the Evansville, Indiana Courier & Press, and is being republished with permission.

EVANSVILLE, Ind. — A former Evansville teacher acquitted of a sex crime against a recent Indiana high school graduate was recently a contestant on "The Voice of Holland." He is originally from Southern Illinois and previously lived in Carterville.

Jordan Lee McGuire, who goes by the nickname C.J. on the show, pleaded guilty of a similar crime in Wyoming only a few months after his acquittal in Evansville.

McGuire was arrested in 2012 and charged in Vanderburgh County, Indiana, with sexual deviate conduct and providing alcohol to a minor.

He allegedly committed the crimes while he was a choir teacher at Harrison High School in Evansville, but a jury found him not guilty of the charges after 15 minutes of deliberation in August 2014.

McGuire was accused of sexually assaulting an 18-year-old man at a party after he'd passed out while playing a drinking game. He was also accused of providing the youth there with alcohol.

His charges in Evansville were neither the first nor the last time he was accused of a sex crime.

In October 2007, he was charged with criminal sexual assault in Saline County, according to Courier & Press archives. Two years later, he pleaded guilty to misdemeanor battery and was sentenced to two years probation and fined $11,840.

And in 2015, he pleaded guilty to sexual battery after he was charged with sexual assault in connection to the alleged rape of a fellow student at the University of Wyoming in November of the year before, only several months after he was acquitted in Indiana.

McGuire was also investigated for a sexual assault that reportedly happened in Carbondale in January of 2014, according to the Courier & Press archives. He wasn't formally charged in connection with that case, which was six months before the sexual battery in Wyoming took place.

According to the Casper Star-Tribune, he was held in the Albany County Jail in Wyoming on a $100,000 bond after that arrest in connection with the incident at the University of Wyoming.

Warrick County Prosecutor Mike Perry was the deputy prosecutor who tried McGuire's Vanderburgh County case back in 2012. He said he wasn't surprised about the similarities between the alleged crimes he's faced.

"It was very similar," Perry told the C&P last week. "His MO is that he ingratiates himself to young men and gets them inebriated, and then when they're unable to defend themselves, he takes advantage of them.

"This guy is a monster, and if I could broadcast his picture to every single person on the earth to make sure they don’t fall victim to his sick practices, that’s what I would do."

Perry said he handled the sensitive cases in Vanderburgh County for a period of years and that McGuire is one person he considers to be "one of the more dangerous people that I’ve ever dealt with.”

On the show, McGuire claimed he was arrested in the United States for being gay. He said he grew up in a small town in the Southern Illinois/Kentucky area. An earlier story by the Courier & Press indicates McGuire is originally from Carterville, Illinois.

“You can’t be black; you can’t be gay, and people have the mentality of what they believe, and you can’t be different,” McGuire said on the show.

He also made claims about the legal trouble he faced while in the United States.

“In my 20s, just like anyone else, I liked to party, and I got into some trouble because of who I was, because of my sexual orientation. In 2012, I was arrested and was charged with criminal deviate conduct because I had been with a heterosexual man in a sexual way which is acting in a way that is not the norms in society, and I lost my life. And I lost it overnight. And I had a trial before a judge and jury, and it took them less than 15 minutes to come back with not guilty verdict,” McGuire said on the show.

“Life was back to normal; life was good. I made new friends. I was at a karaoke one night, and a guy said I touched his (butt) in an inappropriate way. So the second time this happened, I was charged with sexual assault and taken to a detention center and bail was set to $100,000, and I spent six months in jail. There was no trial. I did not have to go before a jury; they dropped all the charges.”

Perry said while it was bold of McGuire to go on a popular TV show considering his background, it doesn't surprise him.

“This guy is as far away (from being a) victim as I am of being the pope of the Catholic Church. The fact that he has surfaced again in one form or another really doesn’t surprise me, he was a master manipulator," Perry said.

“He doesn’t fit the profile most people think of a predator," Perry said of McGuire. "He’s well-spoken, educated, comes across as a decent person until the alcohol renders somebody defenseless and useless and then he turns into the monster that he is."

A mugshot shown on that segment of the show matches the one from McGuire's 2012 arrest.

The clip of the segment was posted to Youtube.

McGuire said he finished high school as a foreign exchange student in Denmark and returned there soon after he got out of jail reconnecting with his host mother there, according to his interview on the show. He said he pursued his master's degree in Denmark before moving to Holland.

The C&P has reached out to "The Voice of Holland" and its American sister show "The Voice" for comment.

McGuire last reported living in Carterville, according to Illinois' sex offender registry. He fled the address without notifying the proper authorities, according to police records.

Carterville police told C&P that being an unregistered sex offender in Illinois is a Class 4 felony, which carries a possible sentence of between one and three years.

The United States has an extradition agreement with the Netherlands.

Two men were arrested Monday in connection to a March 20 Carbondale home invasion.

Carbondale Police are seeking information regarding a car stolen on Sycamore Street Tuesday.

Carbondale Police have arrested a third suspect in a shooting that happened March 23.

Carbondale Police have arrested a second suspect in a shooting incident that happened Monday.

CARBONDALE — A Carbondale man was arrested Monday after a reported shooting incident led to an hourslong standoff with police.

A federal judge has issued another administrative order in response to the coronavirus, this time striking many jury trials from the docket.

Carbondale Police are looking for a suspect they say was involved in a Friday shooting in which there were no injuries.

CARBONDALE — A Carbondale man was arrested Monday after a reported shooting incident led to an hourslong standoff with police.

Are Illinois prisons equipped to handle the COVID-19 pandemic?

Are Illinois prisons equipped to handle the COVID-19 pandemic? Gov. J.B. Pritzker’s answer to this question during his stop in Murphysboro on Wednesday hovered somewhere around maybe.

One person was arrested and police are looking for two more suspects in connection to a Friday shooting. The shooting didn't cause any injuries. 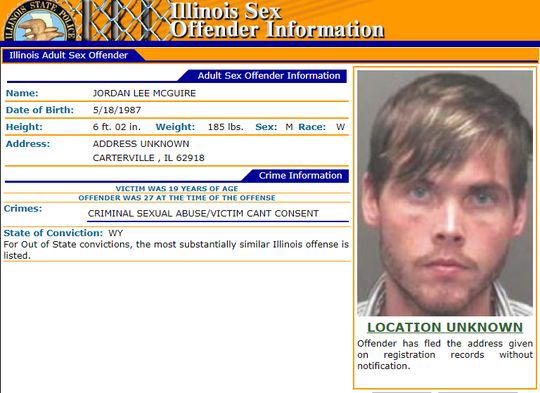 A screengrab of McGuire's entry on the Illinois Sex Offender Information registry. 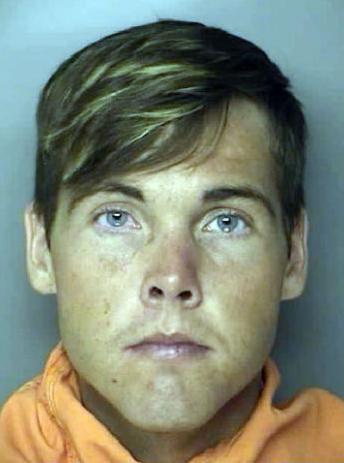 Jordan McGuire is accused of sexually assaulting another during a party near the University of Wyoming. He is originally from Carterville.