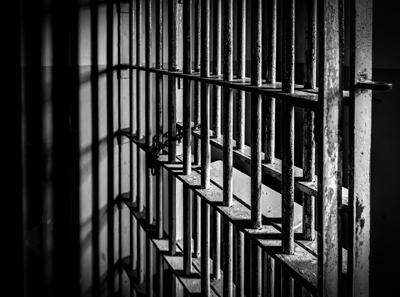 These include an inappropriate use of solitary confinement, failing to properly manage medication, failing to provide adequate treatment plans and extended “crisis watches.”

A prisoner is placed in crisis watch when they are considered a threat to themselves. They are placed in a solitary cell, naked except for something called a “suicide smock” that they are meant to wear and sleep under. According to a news release by the Uptown People’s Law Center, these individuals are often not provided proper treatment and the person is held there under 24/7 watch until they are considered no longer a threat to themselves.

The Illinois Department of Corrections said in response to The Southern’s request for comment on these issues:

"IDOC staff have a professional and moral obligation to protect the safety and health of individuals sentenced to our custody and treat them with dignity. The mental health of the individuals in custody is a top priority as evidenced by the Rasho Court’s finding of the Department’s substantial compliance with a large majority of the Settlement Agreement in this case just four months ago. The Department will respond to the federal monitor’s report in the regular course of this litigation."

Illinois ranks 48th in the nation in regards to health care spending in prisons according to a 2014 report by the Pew Charitable Trusts and the John D. and Catherine T. MacArthur Foundation.

“IDOC says over 42% of prisoners have mental illness, though prisoners’ advocates say that, due to the lack of adequate screening, and the stigma around mental illness, that figure is likely incorrectly low,” according to the release from the Uptown People’s Law Center.

The five areas specified as unconstitutional within the department by the court ruling included:

An independent court monitor, Dr. Pablo Stewart, was appointed to monitor the department's compliance with orders to fix these areas of concern.

After visiting and observing the correctional facilities, Dr. Stewart released a 2021 report with Virginia Morrison, JD, and Miranda Gibson, MA. stating that the department is still failing to provide adequate care.

Stewart found the department in non-compliance in all five areas and said in the conclusion of his report: “The Department is once again unable to meet the requirements of the Court’s orders. The overwhelming cause of this lack of performance, in the opinion of the Monitor, is lack of adequate clinical and custody staff. Until this vexing problem is addressed, the Department will unfortunately fall short of its responsibilities to the Rasho class members.”

Stewart said the department failed to meet staffing requirements and because of the lack of staff, it had difficulty meeting the other requirements of the court order.

“The Department’s reporting is baffling in that they state that they are exceeding their staffing requirements, but the Wexford staffing report does not support this claim,” Stewart wrote.

While Stewart reported the number of individuals placed on crisis watch decreased, he said the length of stays in crisis were often not as short as they could be and did not protect against “decompensation” this combined with a lack of contact due to COVID-19 procedures had negative consequences. He also found a gender bias in care.

“Stays are not for the shortest duration possible, though IDOC has made some improvement in lengthier stays. Defendants assert that they routinely consider a higher level of care in such cases, but a large, diverse study found almost no documentation describing the reasons such a placement was not warranted,” Stewart wrote. “Women were referred to a higher level of care at a rate of 50%, while less than 4% of men were referred.”

Stewart had the following to say about segregation or solitary confinement: “The amounts of counseling and out of cell structured and unstructured time are far below what is needed and sufficient to protect against decompensation. Taken together, all of the care provided is less than is clinically indicated.”

One of the concerns brought forth to the court regarding medication was that prisoners would receive their medication at strange times. In the release by the Uptown People’s Law Center, some had to wait in line outside at 4 a.m. to receive it.

“Quarterly reports respond to only 1 of the 9 issues the monitoring team has raised as common impediments. Neither have Defendants demonstrated the effectiveness of their policies concerning patients’ nonadherence to medication regimens,” Stewart said.

Stewart said treatment plans in the department were absent for many inmates/members of the suit.

What are advocates saying?

Mills said things have not gotten better since Stewart’s report came out. He said the law center has had several motions pending, asking for the court to find the Department of Corrections in contempt.

“They're all pending before the court and in the meantime, we have been involved in negotiations with the department to try to improve some of these and try to develop an agreed plan to improve most of these areas,” Mills said.

The case has been settled for over five years and some advocates are wondering how long it will take for the state to take meaningful action in reform.

“How many roads must we go down, for how many years, when, despite pious assurances of a commitment to deliver constitutional care, we always end up at the same place—unalleviated mental suffering caused by ignoring community standards of care. Will this ever end?” Harold Hirshman, of Dentons law firm said in the release

Mills said he believes part of the reason the department is failing to provide adequate care is due to a lack of staff.

“They just don't have enough staff, have never had enough staff, since we have [issued] this case, that can provide all the things I just talked about,” Mills said. “And that's part of the reason why they're not doing it, because they simply don't have the personnel to do it.”

Who can get a COVID-19 booster shot in Illinois?

Which underlying medical conditions qualify people under 65 for boosters?

Can I get a booster if I received the Moderna or Johnson & Johnson vaccine?

Do I need to show proof of my medical condition or employment to get a booster?

How do I decide whether to get a booster?

Why is the CDC recommending booster shots?

Why is there confusion over who should get a booster?

Kallie Cox is a general assignments reporter for The Southern with interests in political science, crime and courts, immigration, and social justice. Kallie is a SIU graduate and joined the newsroom staff in 2021. kallie.cox@thesouthern.com

Use of deadly force deemed justified in Hamilton County case

Two officers in total were involved in the incident. Neither will see charges filed against them.

The identities have been announced of the two people that were found dead following a house fire Saturday.

Illinois State Police are investigating a death in Mounds

Illinois State Police are investigating after a dead body was found in the woods.

Five SIU students, two of whom are dead, were involved in a crash on Illinois Route 3 just north of McClure, according to the Illinois State Police and SIU Chancellor Austin Lane.

Two people were arrested Friday morning during an alleged delivery of a firearm, police said.

Upon arrival, first responders found the home engulfed in flames.

A Carbondale man has been arrested for allegedly attempting to murder someone in a late April fight.

The remains of the 20-year-old Indianapolis woman continue to be investigated following the recent identification of her body, police said.

Suspect vehicle caught on camera after shots fired in Carbondale

A Wednesday fatal crash has left two children injured and one adult dead.

Potentially hazardous asteroid to hurtle past Earth on May 27

Potentially hazardous asteroid to hurtle past Earth on May 27

Gas stations and trucks damaged after severe weather in Illinois

Gas stations and trucks damaged after severe weather in Illinois