CARBONDALE — Carbondale community members on Friday reacted to former Minnesota police Officer Derek Chauvin being sentenced to 22 ½ years in prison for the killing of George Floyd.

“I think they would have thrown the book at him — it would have been probably the rest of his life,” said Nancy Maxwell, criminal justice chair for the Carbondale Branch NAACP.

With good behavior, Chauvin, 45, could be paroled after serving two-thirds of his sentence, or about 15 years. Prosecutors had requested 30 years.

The fired white officer was convicted in April of second-degree unintentional murder, third-degree murder and second-degree manslaughter for pressing his knee against Floyd’s neck for up to 9 1/2 minutes as the 46-year-old Black man gasped that he couldn’t breathe and went limp on May 25, 2020.

“My condolences go out to the Floyd family and the Minneapolis community,” said Carbondale police Chief Stan Reno, in a statement Friday. “No amount of prison time can replace the loss and suffering. We have to look toward future reforms and change as a hopeful result of the tragedy.”

“I just do not believe if the circumstances were different — if it were a Black police officer kneeling on a white man’s neck — I think they would have thrown the book at him. In fact I know they would,” she said.

Floyd family members on Friday also said they were disappointed the sentence wasn't longer, even as legal experts and others pointed out that it is extremely rare for a police officer to be prosecuted, convicted and handed a prison term that heavy.

The punishment came after Chauvin broke his more than yearlong silence in court to offer condolences to the Floyd family and say he hopes more information coming out will eventually give them “some peace of mind.”

Chauvin, who did not testify at his trial, in court on Friday removed his mask and turned toward the Floyd family, speaking only briefly because of what he called “some additional legal matters at hand” — an apparent reference to the federal civil rights trial he still faces.

“But very briefly, though, I do want to give my condolences to the Floyd family. There’s going to be some other information in the future that would be of interest. And I hope things will give you some some peace of mind,” he said, without elaborating.

Before the sentencing, the judge denied Chauvin’s request for a new trial. The defense had argued that the intense publicity tainted the jury pool and that the trial should have been moved away from Minneapolis.

Linda Flowers, president of the Carbondale Branch NAACP, was encouraged by the sentence but said it’s still just one step forward.

“I’m sure everybody agrees that the sentencing is promising but one conviction, one sentence does not justice make,” Flowers said.

She said she’s not disappointed as some others are because “historically he would never have been charged … and if charged never would have gotten a conviction.”

Maxwell sees a double standard in both the sentencing as well as the charges filed — and doesn’t believe the act was not intentional. She said the fact that Chauvin likely won’t have to serve the full sentence makes the prison term seem “kind of feels like a slap on the hand.”

An official for the Illinois Fraternal Order of Police declined to comment on the sentencing.

The judge Friday also rejected a defense request for a hearing into possible juror misconduct.

Outside the courthouse, a crowd of about 50 people clasped hands and placed their hands on each other’s shoulders. The reaction was subdued as people debated whether the sentence was long enough. Some cursed in disgust.

The Associated Press and Kelsey Watznauer, of The Pantagraph in Bloomington, contributed to this report.

Les covers higher education as well as business and faith. A three-degree graduate of SIU, he has written for The Southern since 2009, joining the newsroom staff in 2021. Contact him at les.odell@thesouthern.com or 618-351-5036.

Controversial statue will go from pedestal to ground level

Arguably the most controversial issue in Edwardsville for the past year is one step closer to a conclusion.

Navy ship is treated to a light show from Mother Nature

Navy ship is treated to a light show from Mother Nature

Building collapses into floodwaters in China

Building collapses into floodwaters in China

Astronaut captures the 'Southern Lights' aboard the ISS

Astronaut captures the 'Southern Lights' aboard the ISS 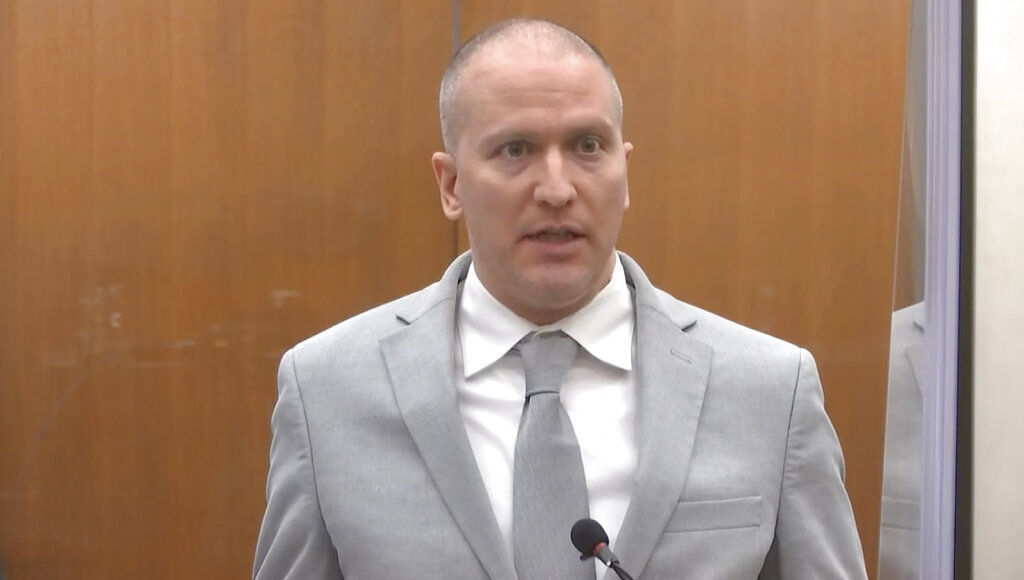 In this image taken from video, former Minneapolis police Officer Derek Chauvin addresses the court on Friday. He was sentenced to 22 1/2 years in prison. 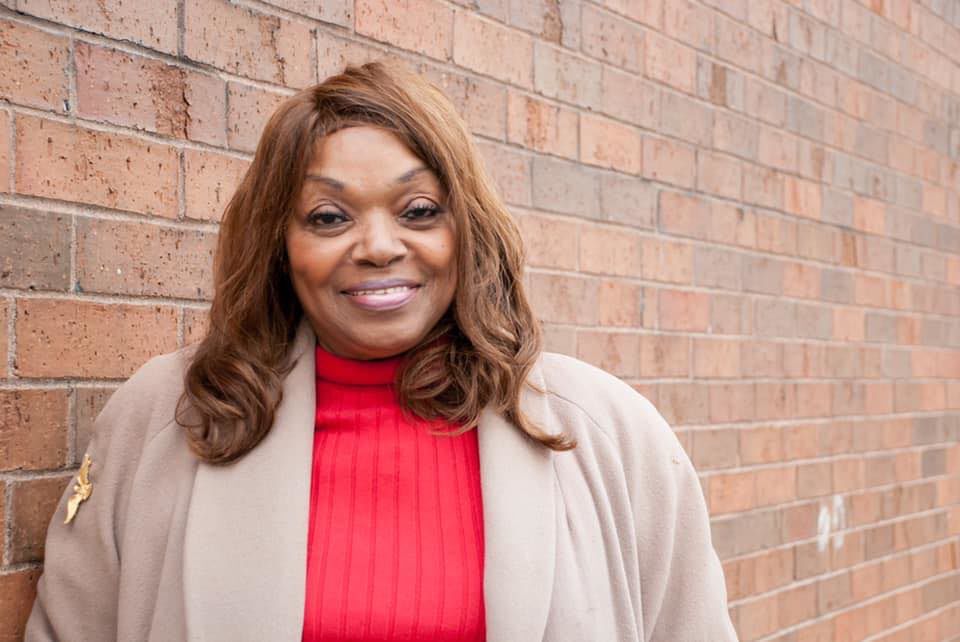 “These things happen in other places to let you know that your city is not exempt,” she said. “Let us learn from this. Let us do the right thing regarding human life.” 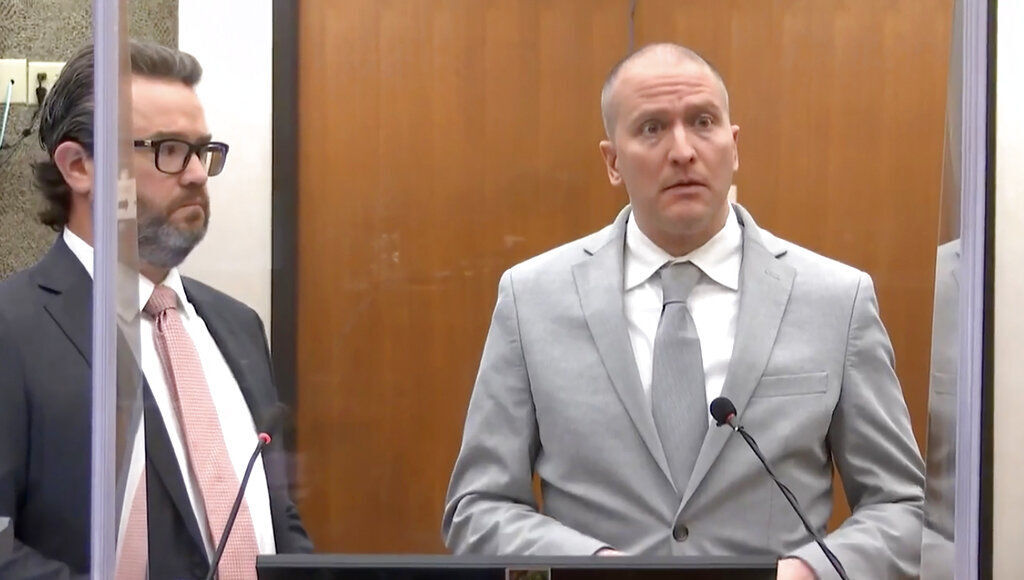 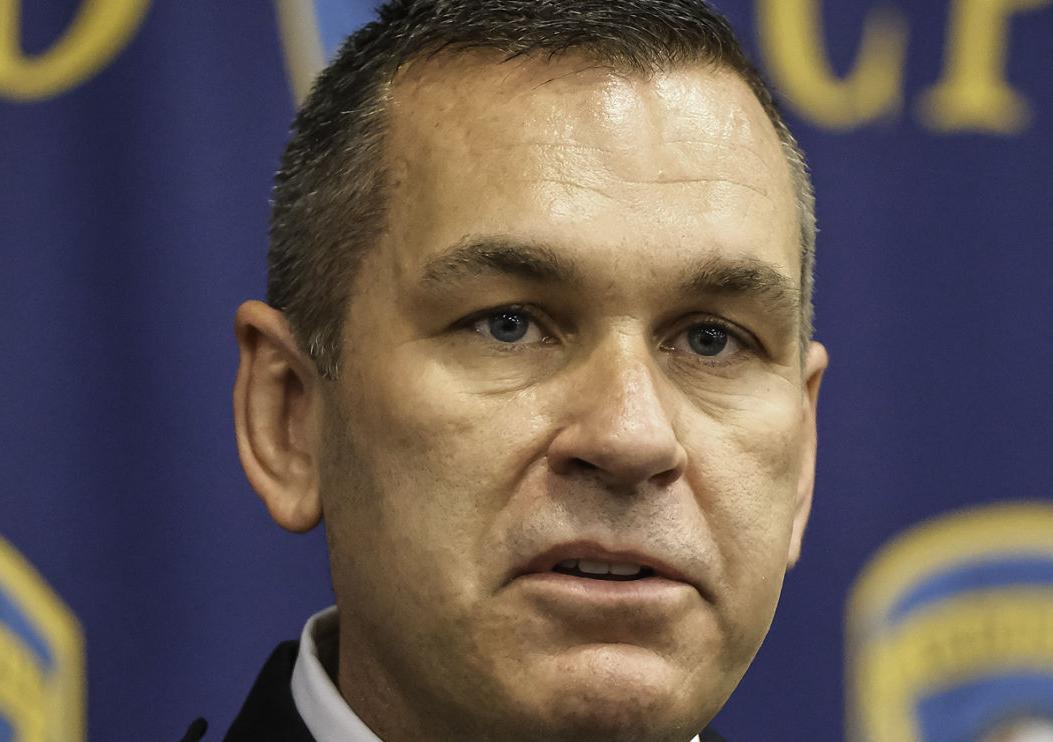