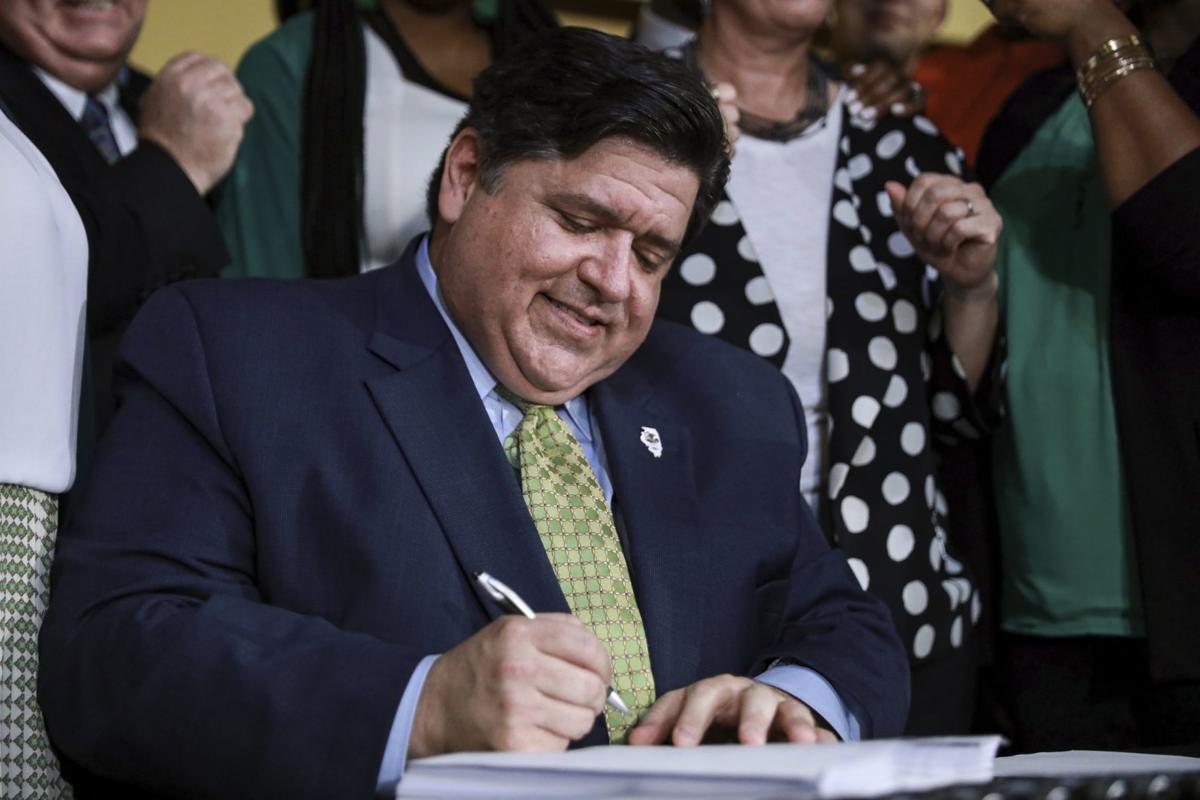 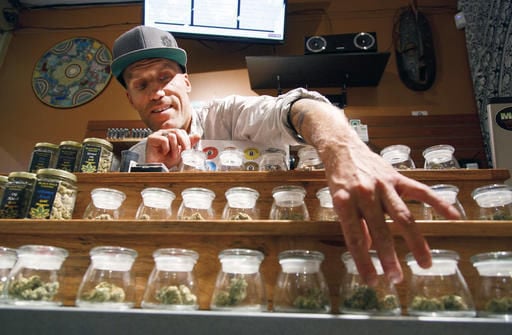 SPRINGFIELD — For decades, getting caught with a small amount of marijuana could put Illinois residents in jail for up to six months and perhaps worse. The criminal record would follow them for the rest of their lives. Gov. J.B. Pritzker's signature this week on a law legalizing recreational cannabis includes a provision for nearly 800,000 people caught in that snare to clear their records.

With governor's signature, it's official: Legal pot is coming to Illinois

Lawmakers who drafted the measure making Illinois the 11th state to legalize marijuana emphasized repairing what they say is the damage done by a half-century of the war on drugs. They say it particularly affected minorities, who were likely to be arrested and prosecuted for marijuana offenses. Expungement of criminal records is a key part of that.

What is expungement, and why is it part of the law?

Expungement is a process under which a judge seals a criminal record from view. But it's complex and often requires spending thousands of dollars for a lawyer.

The new Illinois law drops the ban on possessing 30 grams (1 ounce) or less of marijuana. So, supporters are pursuing expungement for those who were arrested or convicted of that when it was a crime. This is because such records show up in criminal background checks and can cost someone a job or housing.

Offenders are "forced to live in permanent second-class citizenship ... and forced to face those collateral consequences everywhere," said Rep. Jehan Gordon-Booth, a Peoria Democrat who led the expungement push.

Is Illinois alone in offering expungement?

No. Several other states that have legalized marijuana use have established expungement procedures. But Illinois' law allows for near-automatic expungement of marijuana arrest or conviction records as long as there are no violent crimes associated with them. There's even a streamlined method for scrubbing records involving the manufacture, possession or delivery of 30 to 500 grams (1.1 pounds), even though it remains illegal.

How does it work?

In the case of arrests for possession of 30 grams or less, the Illinois State Police and local police agencies have six months to find those records and destroy them.

Keep reading for FREE!
Enjoy more articles by signing up or logging in. No credit card required.
Log in Sign up {{featured_button_text}}
Government and Politics

Weed will be legal in Illinois on Jan. 1. But some limits will still be in place.

For convictions, state and local police must forward those records within six months to the Prisoner Review Board. The board will review each case for eligibility — essentially ensuring it's the right person, the record is correct, and no violence was involved. Cleared records then go to the governor for pardons, clearing the way for an expungement.

This means that the governor is likely to issue hundreds of thousands of pardons. But Pritzker's deputy governor, Christian Mitchell, noted that the process is much more streamlined than the standard clemency process. The governor's staff will simply be ensuring that the Prisoner Review Board properly reviewed each record.

The attorney general, representing the Prisoner Review Board, then goes before a judge to seek an expungement.

Finally, for cases involving 30 to 500 grams, the person with the record must ask a judge to vacate the conviction and expunge the record. The judge will consider police agencies' objections, the person's age at the time of the offense and current age and any "adverse consequences" that would accompany denial of the request.

Rep. Kelly Cassidy, a Chicago Democrat and lead sponsor of the legislation, said it's a much less complicated method than previously existed and the law provides money to legal aid organizations which provide attorneys to represent people who can't afford them.

State's attorneys may file objections, but in limited ways. For example, if the case is a conviction for 30 grams or less, the local prosecutor may only object to whether the person named in the record is correct.

But Democratic Cook County State's Attorney Kim Foxx actively pursued the expungement provision because it was "prosecutors who implemented these convictions."

"It was my obligation to have a seat at the table and make sure that the work that my office and offices like mine across the state have done to inflict harm, that we're there to repair the harm that we caused," Foxx said.

Why streamline expungement for crimes that are still illegal?

The manufacture, possession or delivery of 30 to 500 grams of cannabis in Illinois remains a crime. But an easier path to expungement for past offenses makes sense in a state that has now created an industry in which authorized dealers will handle tons of the product, Mitchell said.

"For them (past offenders) to have to deal with the collateral consequences while wealthy businessmen get to do it scot free because it's legal now, there's a moral bankruptcy there," Mitchell said.

With 11 states and Washington, D.C., having legalized cannabis for adult recreational use and 33 states plus D.C. with medical cannabis laws, marijuana has quickly grown into an $8 billion industry that shows no signs of slowing down.

CARBONDALE — Since Gov. J.B. Pritzker announced this past May his plan to legalize cannabis, he has framed legalization as a social justice is…