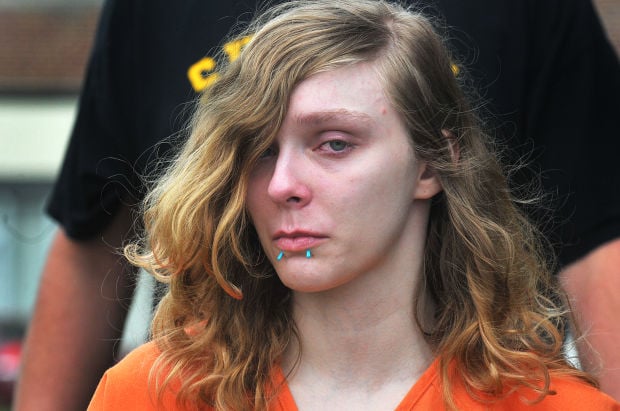 Dakota Wall is led out of the Perry County Courthouse on Wednesday in Pinckneyville. Wall was convicted of a Class X felony in connection with the murder of Sidnee Stephens. Wall was sentenced to 26 years in prison. 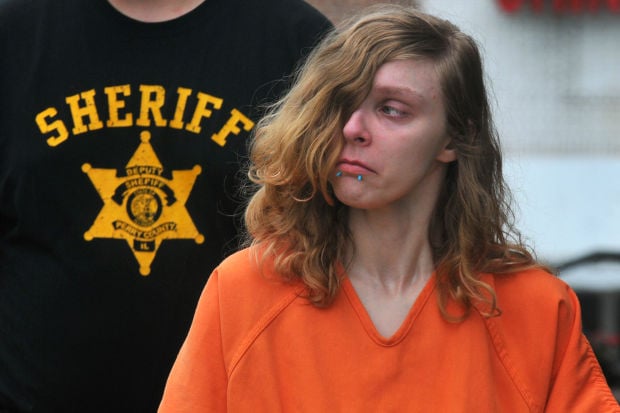 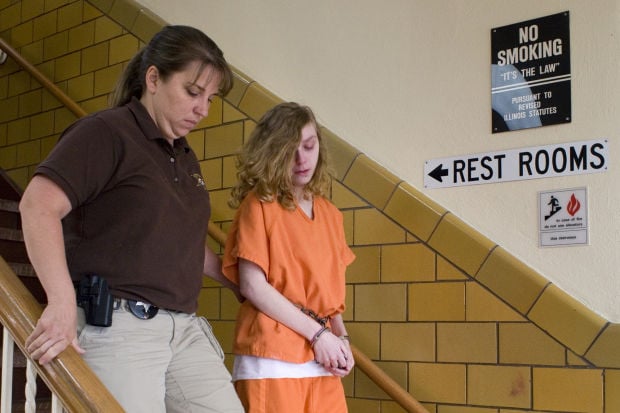 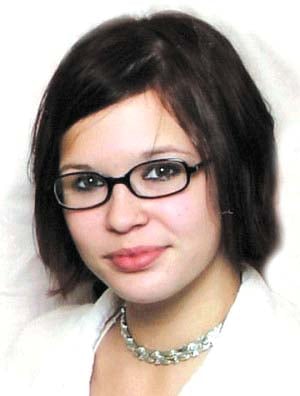 PINCKNEYVILLE -- Dakota Wall was sentenced Wednesday in Perry County court to 26 years in prison for her role in the death of her 15-year-old half sister, Sidnee Stephens.

Wall, who was credited with 884 days for time served, pleaded guilty April 8 to a Class X felony charge of home invasion. The charge carries a mandatory prison sentence of 6 to 30 years.

Stephens was reported missing July 19, 2010, and her body was found six days later in Beaucoup Creek.

Wall purposely left the door open to her home July 19 so friends could scare Stephens while she slept, defense attorney James Stern said.

According to testimony, Robbie Mueller, James Glazier and Carl Dane entered the house, choked Stephens until she lost consciousness twice, and took her to Beaucoup Creek where Dane said he shot her two to four times with a handgun after removing her from the trunk.

Mueller said he and Glazier pushed Stephens' body into the creek.

Glazier is serving a 60-year sentence and Mueller was sentenced to 37 years in prison. Dane committed suicide in his jail cell before being transferred to state prison.

Charges against another individual, Chad Bennett, were dropped for lack of evidence.

Wall was charged with first-degree murder, kidnapping, home invasion and burglary. The other charges were dismissed after she pleaded guilty to the home invasion charge.

Stanton argued for a maximum sentence of 30 years, based on Wall's 27-months silence about the murder and what he considered to be her obligation to protect her younger sister. Stanton also said the maximum sentence was necessary to deter others from committing similar offenses.

"There's a community that wants to know what happens to you when you engage in this kind of activity," Stanton said.

Stern asked for the minimum sentence of six years, stating Wall's involvement in the crime was limited to leaving the door open.

In handing down his sentence, Judge James Campanella said he didn't consider Wall's silence or her obligation as an older sister, but did question Wall's lack of emotion.

"Dakota, today is the first day I have ever seen any degree of emotion coming from you whatsoever," Campanella said. "Lack of emotion can serve as an advantage to some. In your case, I wonder if it's the only way you can sleep at night."

Wall had been temporarily released from jail more than a year ago to give birth to a baby girl.

"It's hard for me not to consider that child will have to be raised by your mother and other family members," Campanella said. "But how much of a mother-and-child bond do I have to consider, with the magnitude of your role in your sister's death?"

Perry County Sheriff Keith Kellerman, who said he wasn't surprised by the ruling, indicated the Stephens murder case isn't closed quite yet.

"It's one more step to the closure of this case," Kellerman said. "We've still got more work to do."

Stephens' mother declined to make a statement at the sentencing hearing. Stanton said she explained to him, "I lost one daughter. I don't want to be responsible for losing a second daughter, as well."

Ask a Reporter: Do many people die in Southern Illinois jails?

PINCKNEYVILLE — During a Tuesday status hearing, the man who in 2016 was charged with murder in the 2010 death of a 15-year-old girl accepted …

Dakota Wall is led out of the Perry County Courthouse on Wednesday in Pinckneyville. Wall was convicted of a Class X felony in connection with the murder of Sidnee Stephens. Wall was sentenced to 26 years in prison.