CARBONDALE — Illinois schools were supposed to begin mandated COVID-19 testing of unvaccinated staff members as well as students who had been exposed to the virus last week, but the rollout of testing across Illinois has been slowed because of high demand for testing supplies and some logistical efforts.

More than 1,200 elementary and high schools across Illinois have signed up to use the SHIELD test-and-trace system, developed by the University of Illinois. The system uses saliva samples to check for COVID-19 and is promoted as especially helpful for testing of asymptomatic individuals. Schools have an optional test-to-stay program which allows unvaccinated students and faculty to remain in classrooms provided that they test negative on days 1, 3, 5 and 7 after exposure.

Many schools, however, have yet to implement the testing, citing delays in obtaining parental permissions for student testing and receiving adequate training for using the SHIELD testing.

“We have an on-boarding that takes schools about three to six weeks to get through,” explained Ben Taylor, marketing and communications lead for SHIELD Illinois. “We have had a lot of schools sign up since the mandate and we’ve seen almost a two-fold increase in K-12 schools and entities testing with us.”

Taylor said that SHIELD has more than 25 school districts in the southern portion of the state using their system. He added that SHIELD “hopes to have everybody up and running by the end of October.”

Goreville Community Unity School District Superintendent Steve Webb said his district is among those which have delayed testing.

“We can’t hardly get tests. This is something that was thrown out to schools in such a rush that they weren’t prepared for all of the influx of needs,” Webb said. “We’re struggling to get enough tests to be able to get the program rolling.”

He said SHIELD told him Goreville should have enough kits to test faculty next week. He said the district is not testing students and is planning on offering in-school tests becauses instances of COVID-19 seem to be limited in his district.

Other Southern Illinois districts are able to test as needed. Red Bud Community Unit School District 132 Superintendent Jonathan Tallman said he has plenty of tests for both faculty and students. It started testing Monday.

“I have to give a shout out to our Regional Office of Education. Our regional superintendent, Kelton Davis, has done a tremendous job in organizing all of this and even arranging for a daily carrier to transport these tests to Springfield so we get results and are able to keep kids in school where they belong.”

He said the test-to-stay has been a great program.

“I’m extremely happy that this is an option because, frankly, I’m tired of sending so many health kids home and denying them in-person learning,” he said.

Sparta Community Unit School District Superintendent Gabrielle Schwemmer said her schools are not testing students, opting instead to have those screenings performed by a local health care provider.

“The mobile clinic from Sparta Community Hospital has been great and instrumental in testing our kids,” she said. “We’ve opted not to test because there are so many other things going around. If they are symptomatic, we’d rather they be at home and be tested somewhere else.”

Schwemmer said her district is not using SHIELD for testing of the more than 30 staff members who are unvaccinated, but rather a competing product. Tests are administered before school hours each Wednesday and the samples are overnighted to a California lab. She said even though results are scheduled to be returned on Friday, she often has to watch the company’s online portal over the weekend for results.

She said the testing company has provided plenty of supplies.

“They send me a couple weeks’ worth of vials, swabs and even packing and shipping materials. We have all that we need,” she said.

“That is what is so disappointing about all of these mandates is that they are universal when not all of the problems are universal,” Webb said. “This is another distraction for a teacher when all they really want to do is help kids learn.”

Photos: A look at presidential pets through the years

COVID-19 in Southern Illinois: Here are our local counties latest case numbers from the Holiday Weekend 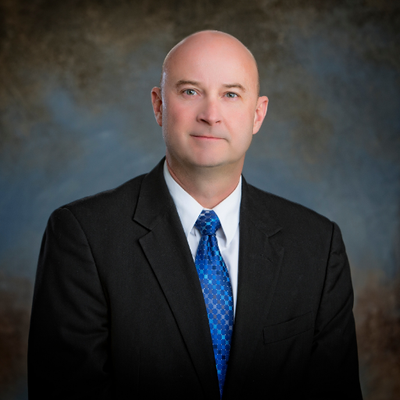