Franklin County Courthouse officially decommissioned, paving way for new one to be built 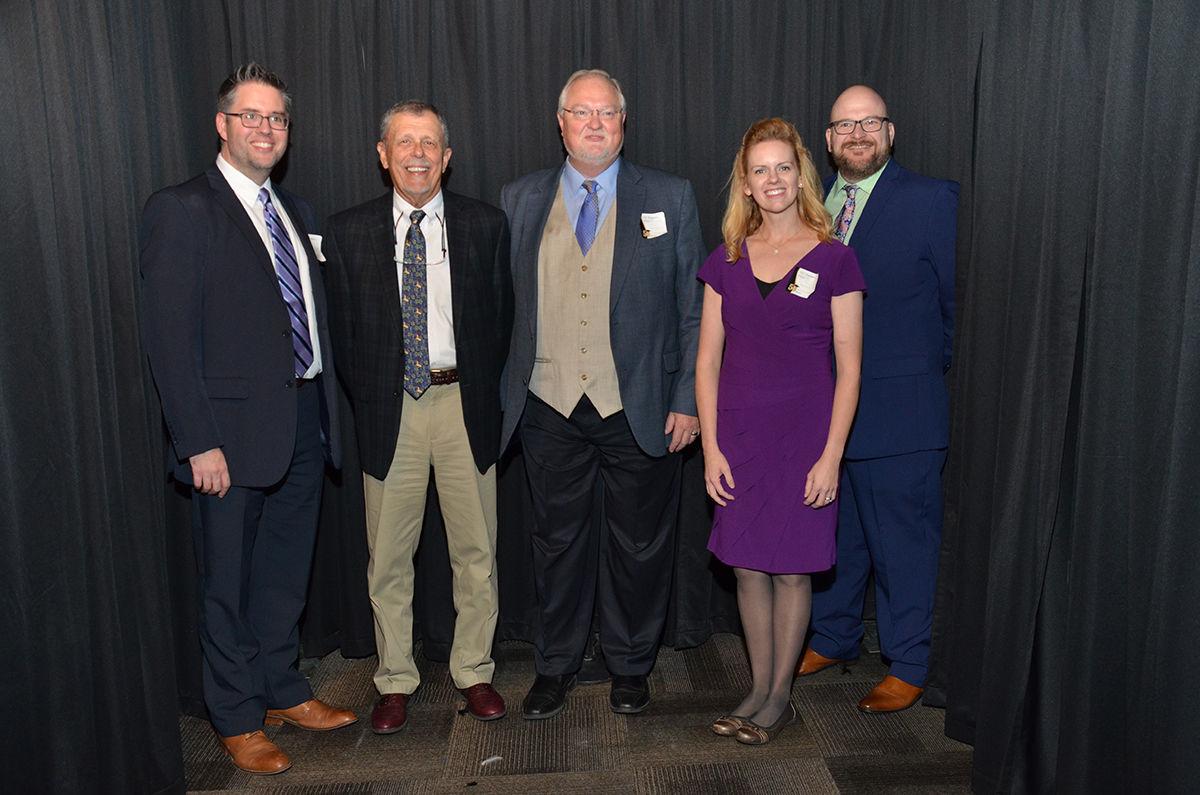 The current and former directors of Forensics for the Southeastern Illinois College Forensic Falcons since 1970 are Dr. Tyler Billman (from left), Gary Allen, Dr. Jonah Rice, Jenny Billman and Paul Cummins. Not pictured is the late George Dennis. 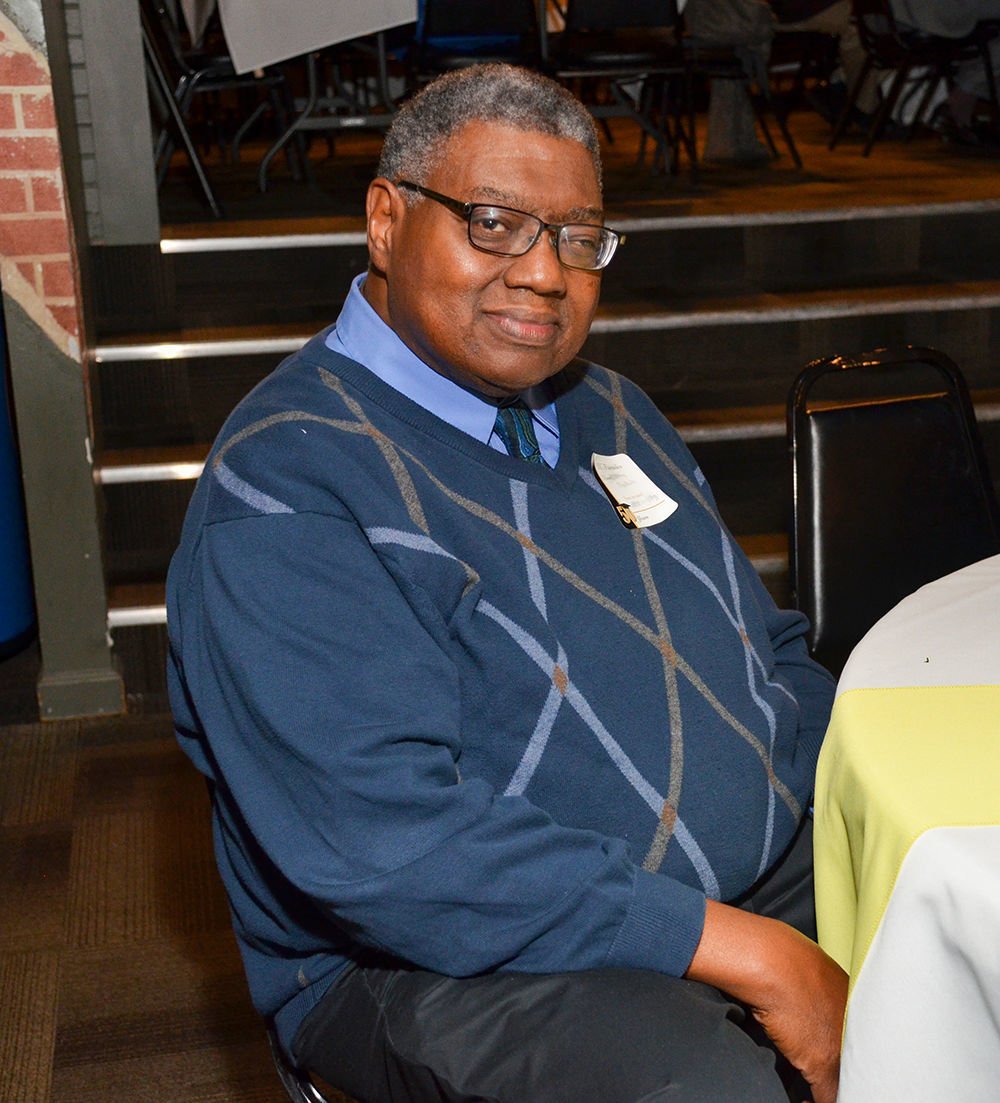 One of the first SIC Speech Team alumni, Clifton Jackson, of Springfield, attended the 50th anniversary and reunion held at Morello's in October.

HARRISBURG — The Southeastern Illinois College Forensic Falcons celebrated the 50th anniversary of the team during a reunion at Morello’s in Harrisburg in October.

It all began in 1969 with the hire of Gary Allen, the first speech coach. The late George Dennis came on board in 1970, and the two started a debate team, adding other categories as the years progressed.

“We started with four students and no budget,” Allen said of the early days of the speech team. “We used to raise money by selling hot dogs and hot cocoa at horse shows at the Stafford’s.”

The team won its first tournament held at another area college and soon competed in its first national tournament, held in Gatlinburg, Tennessee, in 1973. As their success continued, it wasn’t long until the team got a budget from then college president Harry Abell in the mid-1970s to help with the cost of travel for competitions.

The Forensic Falcons have landed in the national top five of team rankings for much of the last 50 years, with dozens upon dozens of individual championships.

Past Director of Forensics Paul Cummins said the secret to such a rich tradition of excellence was an unwavering, long-lived belief that Southeastern’s students could accomplish great things.

“Gary Allen and George Dennis built this program on the belief that our students at Southeastern were champion material, and that philosophy has been the cornerstone of our program ever since,” Cummins said.

Directors of Forensics throughout the team’s history include Gary Allen, George Dennis, Dr. Jonah Rice, Paul Cummins, Dr. Tyler Billman and Jenny Billman, along with myriad assistant coaches who were themselves former “speechies.”

Allen recognized one of his first team members during his comments at the reunion: Clifton Jackson who now hails from Springfield and is a retired attorney.

“Cliff was an excellent debater, but he was also the stimulus for Southeastern having an individual events team,” Allen said. “For the first two years of forensics at SIC, we only debated. Cliff argued for adding the 12 individual events. He was basically the father of Southeastern’s current forensic program.

“Another anchor of the Southeastern speech team was George Dennis. George not only coached oral interpretation events (prose, poetry and duet) for the first 20 years, he became the national expert in communication analysis.”

SIC President Dr. Jonah Rice was a member of the 1986 national champion team and later became a coach and humanities instructor prior to being president.

“The Forensics program at SIC has doctors, lawyers, educators, business experts, entrepreneurs, and so many other professionals that demonstrate how the impact of strong, disciplined communication skills can benefit you across careers,” Rice said. “I was a blue-collar, ‘government cheese’ kid who grew up in the strip pits west of Carrier Mills. This team and coaches — along with wonderfully supportive parents at home, of course — launched me to a career I hadn’t fathomed.

“To be a part of multiple national championships — more than any other team at SIC and probably the entire community college region — and also be a part of the family of coaches and competitors, well, it’s absolutely an amazing feeling.”

Most adults in Illinois give the state’s public school system only a so-so grade, but they give slightly higher marks for their own local schools.

Harrisburg Principal Natalie Fry’s dedication to her students, willingness to take educational risks and infectious spirit have earned her recognition as a finalist for a prestigious Illinois educators in leadership award.

In the last year, seven Southern Illinois high schools in the network have all introduced a new extracurricular program called Educators Rising, which gives high-schoolers hands-on experience in teaching through classroom observations, assistant teaching and tutoring at area elementary schools.

CAMPBELL HILL — “Trico, do you have the worksheet?”

The current and former directors of Forensics for the Southeastern Illinois College Forensic Falcons since 1970 are Dr. Tyler Billman (from left), Gary Allen, Dr. Jonah Rice, Jenny Billman and Paul Cummins. Not pictured is the late George Dennis.

One of the first SIC Speech Team alumni, Clifton Jackson, of Springfield, attended the 50th anniversary and reunion held at Morello's in October.