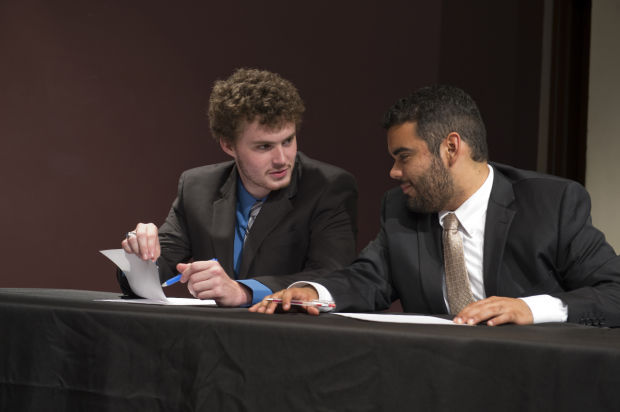 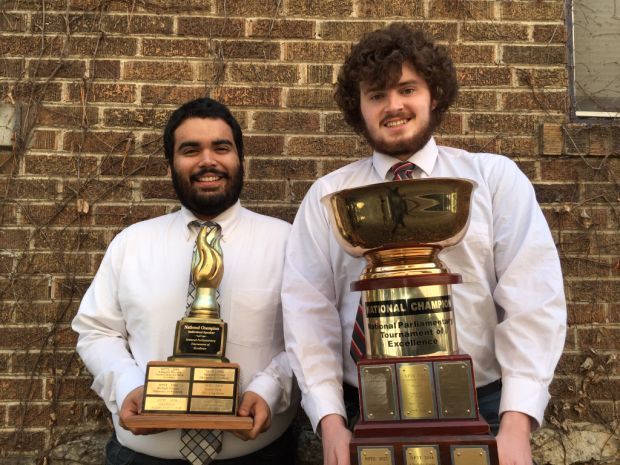 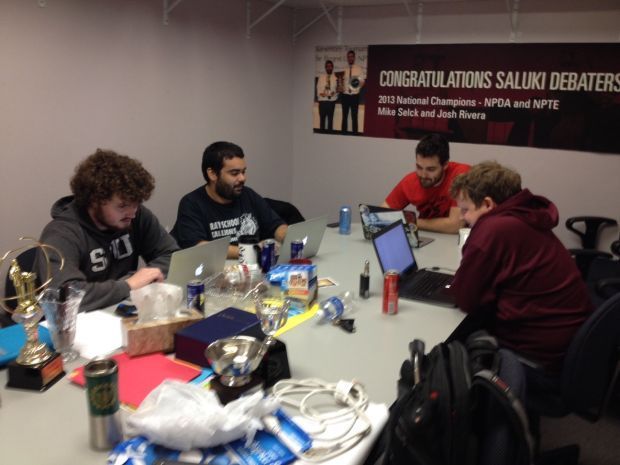 SIU’s top-ranked debate team capped off a record-breaking year on Sunday with a national championship win at the National Parliamentary Tournament of Excellence in Liberty, Missouri.

This is the team’s third national championship win in as many years.

Josh Rivera, a senior from Chicago, and Zach Schneider, a senior from Great Mills, Maryland, edged out a team from the University of Texas, Tyler, in the final round of debate to take the win.

The tournament marked the last in a string of college career successes for Rivera. In four years, the political science major won 25 tournaments, a national record.

“It feels delightful,” said Todd Graham, the debate program’s director and the team’s head coach. “We put in so much work throughout the course of the year.”

In the lead-up to the national tournament, that dedication expanded. Over spring break, Schneider said debaters and coaches worked 90-100 hours to write 35 files about issues related to the tournament’s three broad topics – free speech in the European Union, wealth and equality in the U.S., and animal rights.

The specific topic for the team’s final debate, so-called “no-take zones” in Marine Protected Areas, was one the duo already had studied as part of their prep work.

“It was really nice to have that work pay off and see the fruits of our labor,” said Schneider, a computer science major who plans to rejoin the team next year as an assistant coach.

Rivera was named top speaker/debater at the tournament for the second time.

Debaters vie for two national championship trophies each year – the NPTE and the National Parliamentary Debate Association tournament. This year, SIU placed second at the debate association contest, held one week before the NPTE, at Kansas City Community College.

The SIU debate team recently finished first and second in the two largest invitational debate tournaments of the year.

The Southern Illinois University Debate Team went to Stockton, California, from Nov. 2 to 4 to debate at two different competitions at the Uni…

Could we eventually go from New York to London in less than 2 hours?

Could we eventually go from New York to London in less than 2 hours?