"Jelani was a strong, intelligent man who was making an impact in his community and our program. This meant everything to him," said Amanda Regez, of the Department of Communication Sciences and Disorders, where he was a graduate student.

Day, 25, started in the Speech Language Pathology program and was reported missing on Aug. 25 by his family. His car was found on Aug. 27 in Peru, in a wooded area. His then unidentified body was found in the Illinois River on Sept. 4. The identity of the remains was released to the public on Sept. 23.

The circumstances of the death have brought international attention, and it's still unclear how he died.

Prior to ISU, Day had attended Alabama A&M University, a historically Black university in Huntsville, Alabama.

Heaven Moore, a representative from the BSU, spoke during the memorial. She applauded Day for choosing a historically Black university and said she hoped he would have found a similarly welcoming community at ISU through the BSU.

"While many of us didn't get the pleasure of meeting Jelani, he still was a member of our community," Moore said.

ISU President Terri Goss Kinzy was the first speaker of the evening. She expressed her condolences to Day's family and friends and encouraged the community to support each other.

“I hope that in this evening, we will lean on one another, we will find strength and support in those we love," Kinzy said.

Avery Spranger and Rodrigo Villaobos from the universities Student Government Association said that the SGA would be pursuing ways to officially honor Day's legacy.

“His story will impact the lives of young individuals across the nations. Jelani will not be forgotten,” Regez said.

Multiple speakers, including Day's family, asked for the community's continued support as they pursued justice and answers in Day's death. Ximena Sanchez-Ramirez, of the Association of Latinx American Students, said the community needed to continue to bring awareness of the case.

Speaking to The Pantagraph after the memorial, ISU undergraduate Artxmis Burton agreed, saying police agencies needed to have full transparency during the investigations.

"(Police need to make sure) that there's at least closure for the family and community at large," Burton said.

The memorial also featured a specially formed ensemble, the Jelani Day Memorial Ensemble. They and many other speakers noted Day's deep faith and commitment to his church.

Members of Day's family came to the stage at the end of the memorial. His mother, Carmen Bolden Day, described Jelani Day as the child in the family that could always get what he wanted from her and his father, Seve Day.

She asked for the community's support as the family continues to pursue answers, even if they have to keep pushing the investigators for answers. She needs the agencies, from Bloomington Police Department to Illinois State Police to the FBI to do their jobs and get the family answers.

"I want the world to know that Black and Brown people deserve the same as any other folks," she said.

Two of Jelani Day's siblings and his father, Seve Day, spoke as well. His older sister, Dacara Bolden, talked about the strong bond that the five siblings hold.

"We call ourselves the five heartbeats, and that will never changes, because through us, Jelani's heart will beat on," she said.

Dr. Christina Platt, director of ISU's Multicultural Center, presented the family with condolences and gifts from the ISU community. That includes a mural of Jelani Day which was painted on a wall in Normal and removed by the Town, sparking a protest Monday night.

A celebration of life in Day's hometown, Danville, is planned for Saturday at noon at Danville High School. There will also be a community choir for the service, anyone interested in joining is invited to arrive at 11 a.m.

His mother also announced at the memorial Thursday that the family would be leading a balloon release at the IL 251 bridge in Peru on Friday at 3 p.m. 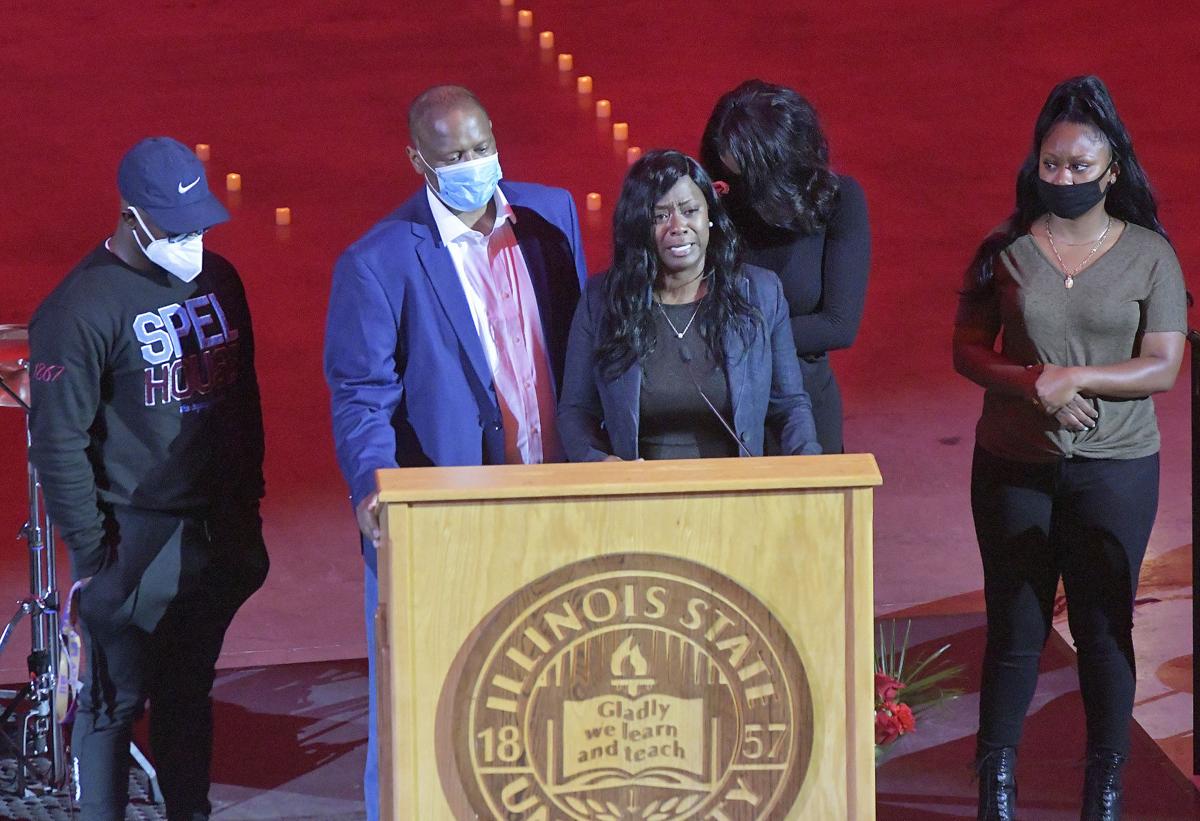 Carmen Bolden Day speaks about her son Jelani Day during a memorial service Thursday at Illinois State University. "Thank you for realizing Jelani was important, not just to us, he was important to everybody," she said. 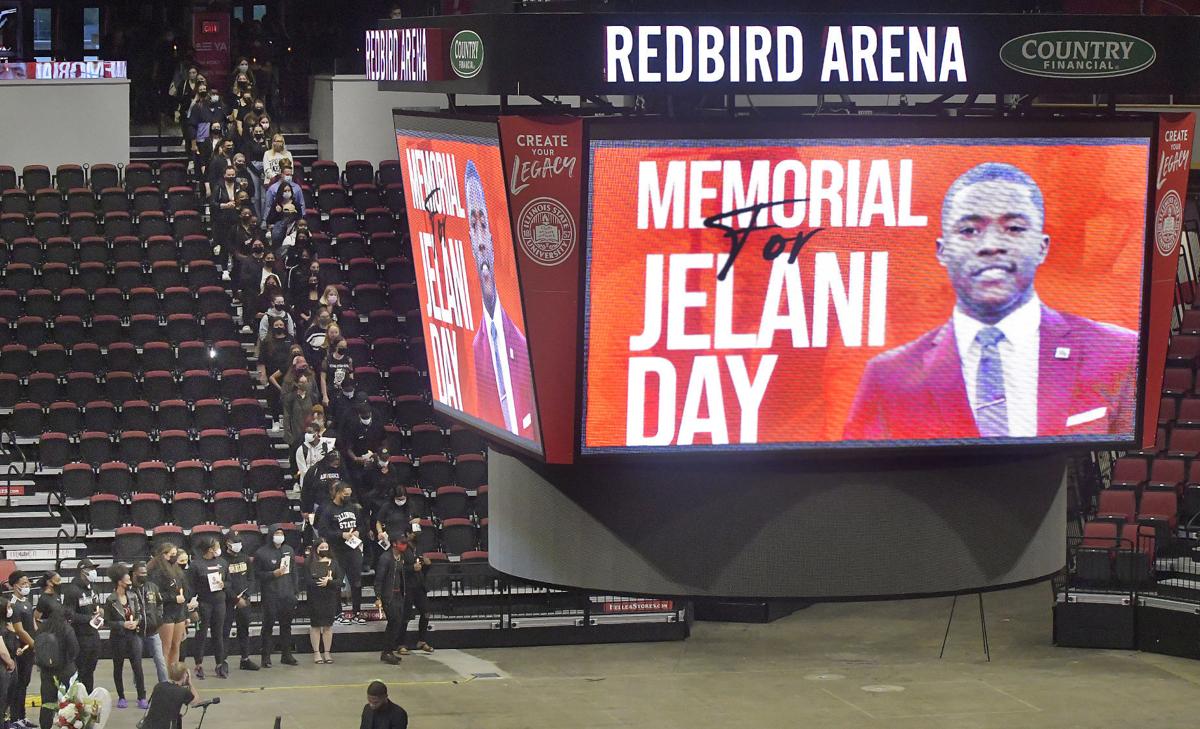 Illinois State University students file onto the floor of Redbird Arena during a memorial for Jelani Day on Thursday. 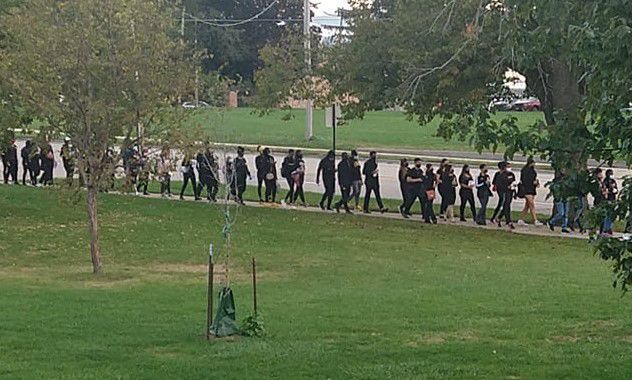 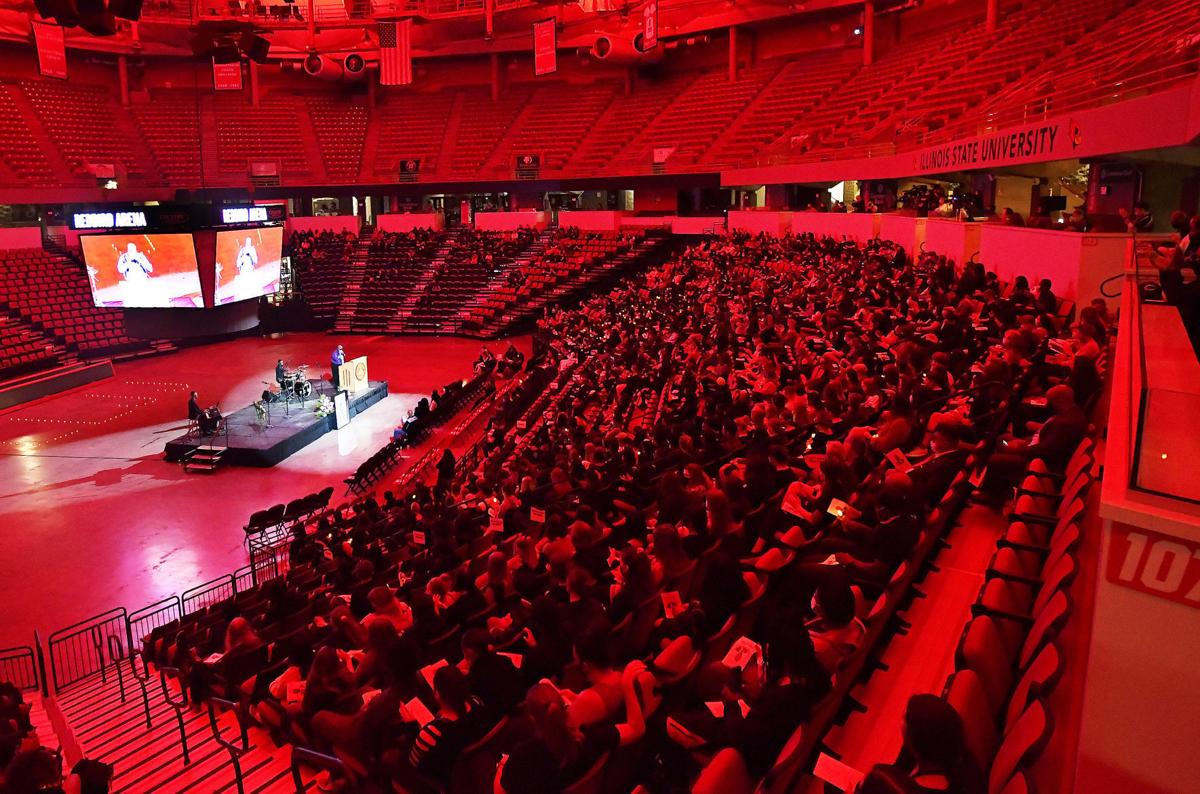 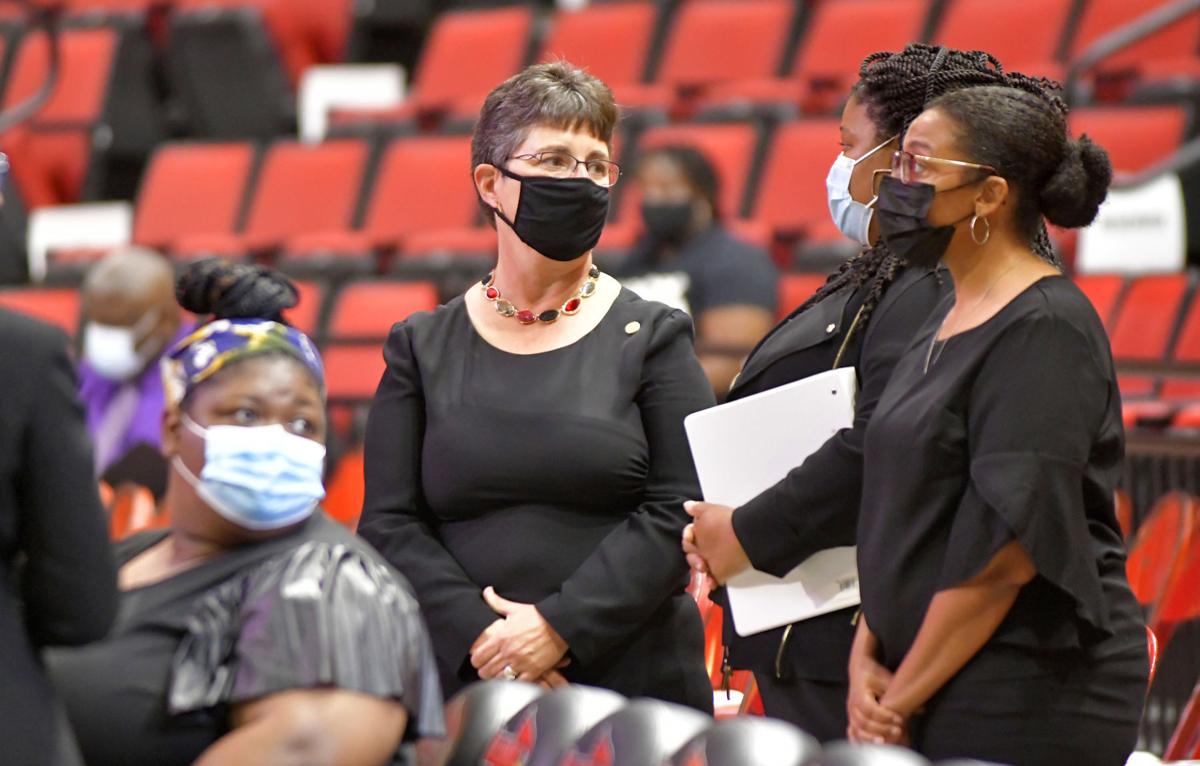