SPRINGFIELD — A new survey of Illinois school districts shows most are continuing to have trouble filling open teaching positions with qualified teachers and even more are having difficulty hiring substitute teachers.

It’s a problem that has existed in the state for many years and one that experts attribute to a variety of factors, such as low pay and the difficulty in attracting new teachers to work in certain parts of the state.

The survey has been conducted each of the past four years by the Illinois Association of Regional Superintendents of Schools. Regional superintendents are in charge of supervising schools in the state’s 38 educational regions and operating regional offices of education. They also act as a kind of conduit of information and support between the Illinois State Board of Education and the state’s 853 local school districts.

Teaching positions that are unfilled or filled with person not qualified

“You know, it's not like we just stubbed our toe, this is a crisis,” said Mark Klaisner, president of the superintendent group, in an interview. “It's getting worse each year. And when we asked them to look forward, they said, you know, in the next five years, we don't see this changing.”

The latest survey was conducted in early October and included responses from 591 of the state’s 853 districts. Of those responding, 77% said they have a teacher shortage problem while 93% said they have a problem hiring substitute teachers, particularly since the start of the COVID-19 pandemic. 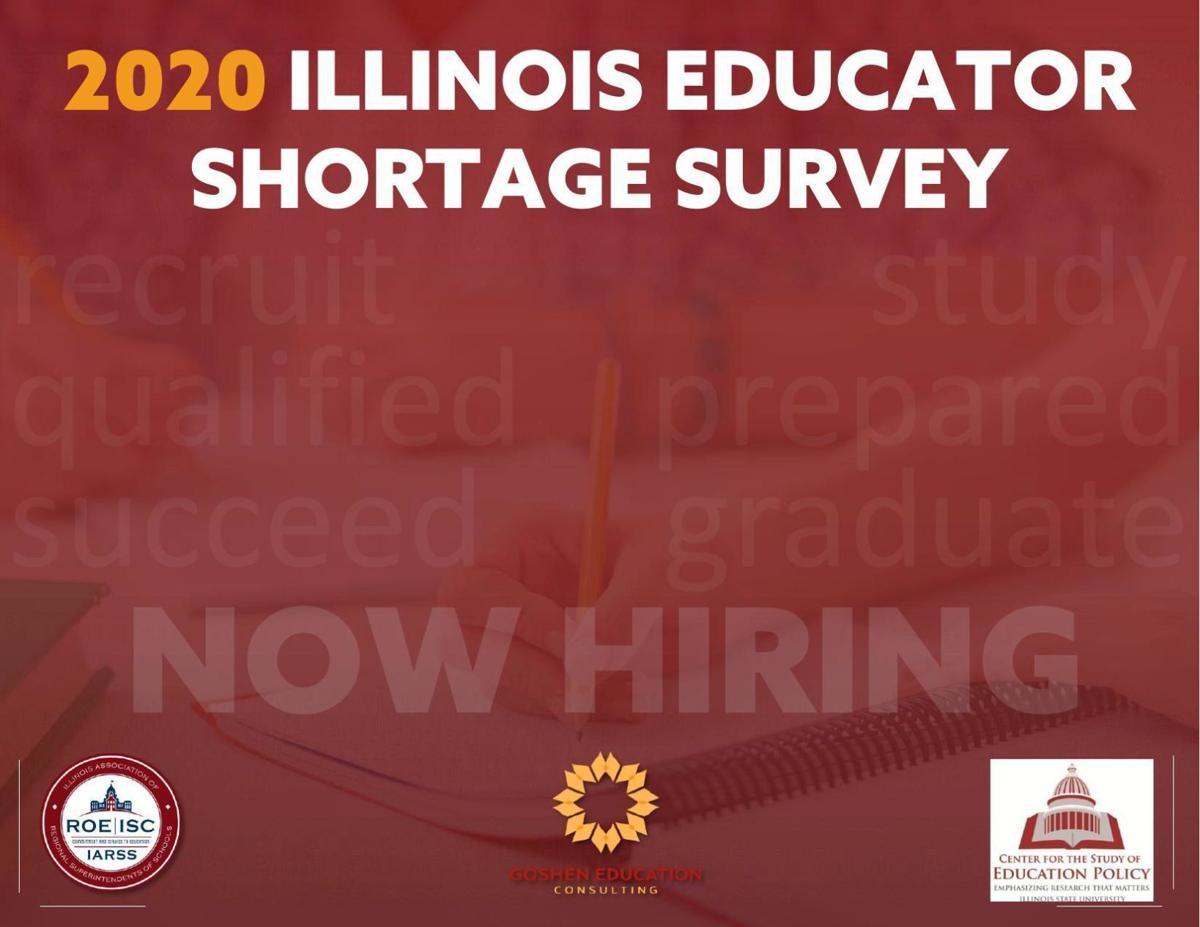 Individual districts have responded to the shortage in a variety of ways, such as canceling the offering of some classes or switching them to online formats as well as filling critical positions with teachers who are not fully qualified to teach in a particular grade level or subject area.

In fact, the districts that responded to the survey reported a combined total of 938 open teaching positions — 17% of the 5,414 positions that districts were looking to fill — were either unfilled or filled by someone who was not certified in that grade level or subject area. That percentage, however, is actually down from previous surveys. In 2017, districts reported that 28% of their open positions were either vacant or filled by someone not fully qualified.

The survey also found that 257 classes offered in the participating districts had been canceled and 195 had been moved online because school administrators could not find educators to teach them.

The severity of shortages also varied by region. In west central Illinois, for example, 89% of the districts responding to the survey reported having a teacher shortage problem, compared to only 55% of the districts in northeast Illinois.

Causes of the shortage

Education researchers in Illinois say the reasons for the teacher shortage are numerous and complex, but it boils down to the fact that there are more veteran teachers around the state retiring or leaving the profession than there are new teachers coming out of university schools of education.

James Anderson, dean of the University of Illinois Urbana-Champaign’s College of Education, said in an interview that for a variety of reasons, including the cost of a college education and the salaries teachers earn after graduating, teaching has become a less attractive career than many other professions.

“You graduate from high school, you come to college to become a teacher, you borrow a significant amount of money along the way, then you go into the profession with a very low salary,” he said. “And then you try to pay off your student debt and perform your job as a teacher. And that's a very difficult invitation to accept.”

An analysis of the survey results showed a strong correlation between the severity of the shortage and the average teacher salary in a given district. As teacher salaries increase, superintendents report less of a problem with teacher shortages.

The survey also found correlations between teacher shortages and a district’s wealth. Districts with larger percentages of low-income students tended to have worse shortages while districts with large numbers of teachers holding master’s degrees had less of a shortage.

As schools throughout the state were forced to shift to online learning amid the COVID-19 pandemic, two-thirds of the districts responding to the survey said it has reduced their need for substitute teachers. Meanwhile, most districts responding to the survey, 51%, said the pandemic has not resulted in higher turnover rates while nearly as many, 49%, said it does not appear to have had an impact on teacher burnout.

Some districts, however, said the pandemic has made finding substitutes more difficult amid a return to the classroom.

“COVID-19 has had the greatest impact on our substitute teacher shortage,” Steven Wrobleski, superintendent of La Salle-Peru Township High School in northwest Illinois, said in an interview. “Since our sub pool tends to be an older crowd, COVID-19 has kept many subs out of the schools for fear of catching the virus.”

In addition, early in the pandemic, Gov. J.B. Pritzker issued an executive order waiving certain licensing requirements for teachers, making it easier for new teachers and paraprofessionals to enter the profession, although some of those waivers have since expired.

However, two independent education consultants who wrote an analysis of the survey data, Bradford White and Thomas Withee, said the pandemic could have an impact on the supply of teachers in future years because it has depressed enrollment in higher education, exacerbating the downward trend in the number of students graduating from teacher preparation programs.

They also said it is still unclear how the pandemic might affect attrition rates going forward.

“The difficulty that districts are having with finding teachers to replace those that leave has escalated the need to improve the teacher retention rate,” White and Withee wrote. “High attrition rates among school leaders pose a greater need for an expanded leadership pipeline of candidates.”

But Jim Wolfinger, dean of Illinois State University’s College of Education, the state’s largest teacher preparation program, said in an interview that he is more hopeful that as the pandemic eases, interest in the teaching profession will rebound.

He said there is stability in teaching as the effects of the pandemic on other sectors of the economy remain to be seen.

“And to invest in a college degree, when you're not sure if you're going to be in a workplace, or if everything's going to be virtual, and what's it going to look like to go into, say, hospitality management, or into journalism, for that matter? What do those careers look like?” he said. “Whereas education is a pretty stable line of work. When you look at the salaries, people don't get rich, but it is a stable employer.”

In the report, the regional superintendents offer a number of recommendations to ease the teacher shortage, such as continuing to extend some of the waivers Pritzker initiated to make it easier for new teachers to become licensed. One of those is the requirement that prospective teachers pass a test called the Teacher Performance Assessment, or edTPA, which Illinois lawmakers have considered in recent years but have not yet acted upon.

“Great work has been done to make the entry licensure requirements less strict. However, we must take a serious look at the effectiveness (and negative impact) of the edTPA,” one unnamed local superintendent was quoted as saying in the survey.

Another recommendation is to expand on a program Illinois State University has launched to offer teacher training courses through satellite campuses throughout the state. That is an effort to attract more nontraditional candidates who might be considering a career change but are not otherwise in a position to pack up and move to university towns like Bloomington-Normal or Champaign-Urbana.

The regional superintendents also recommend Illinois lawmakers consider establishing a state-sponsored loan forgiveness program for teachers that go to work in schools and districts with the greatest shortages or in hard-to-fill subject areas.

ISU’s Wolfinger and U of I’s Anderson both agreed with that recommendation as well.

“We need federal support for scholarships for teachers as well,” Anderson said. “But we have to decrease the cost of preparation. Otherwise, it's not going to be attractive to high school graduates. And that's the one thing that we can control in terms of government and colleges of education."

This story has been updated to correct the number of regional superintendents in Illinois.

Californians 16 and up now eligible for vaccine

SPRINGFIELD — Hiring teachers is even more difficult in southwest Illinois school districts than it is in most of the rest of the state, accor… 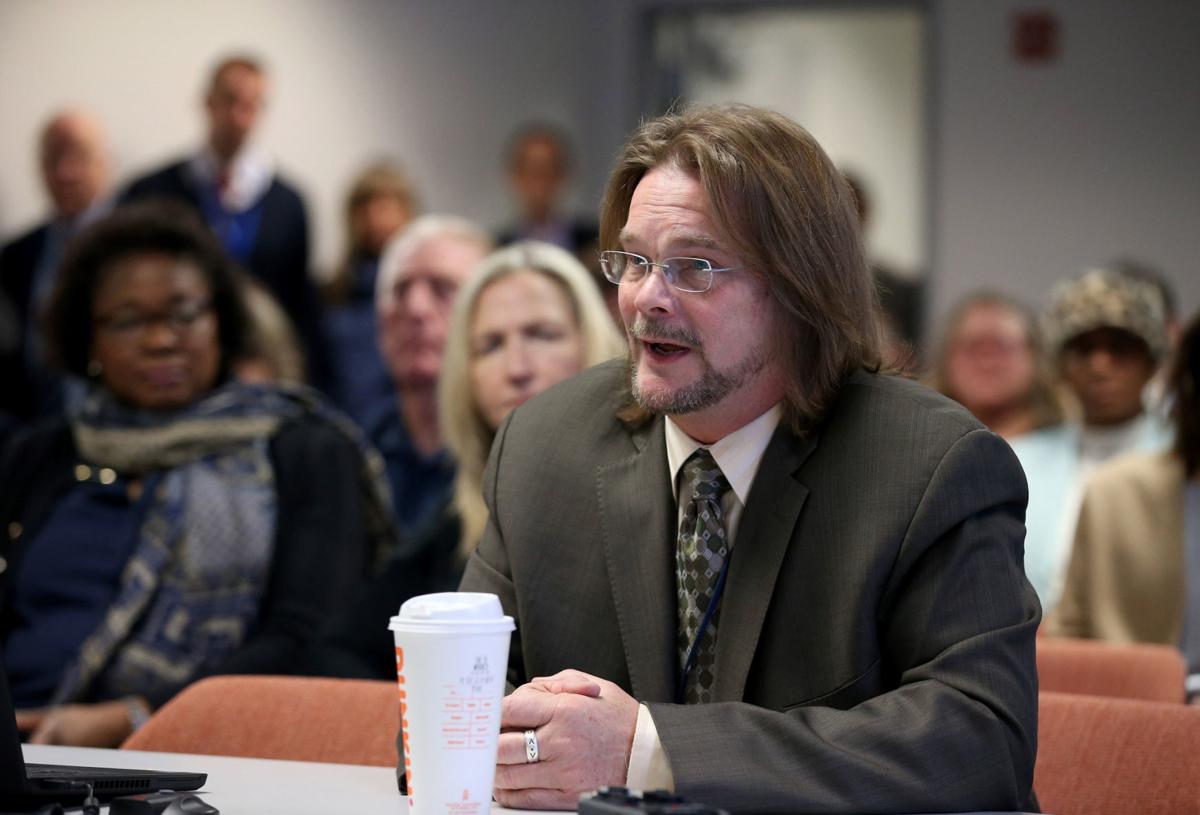 Illinois Association of Regional Superintendents of Schools President Mark Klaisner speaks during a meeting in Chicago in November 2019. The group has published a new report showing ongoing teacher shortages statewide. 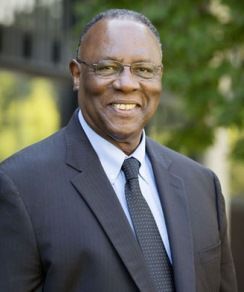 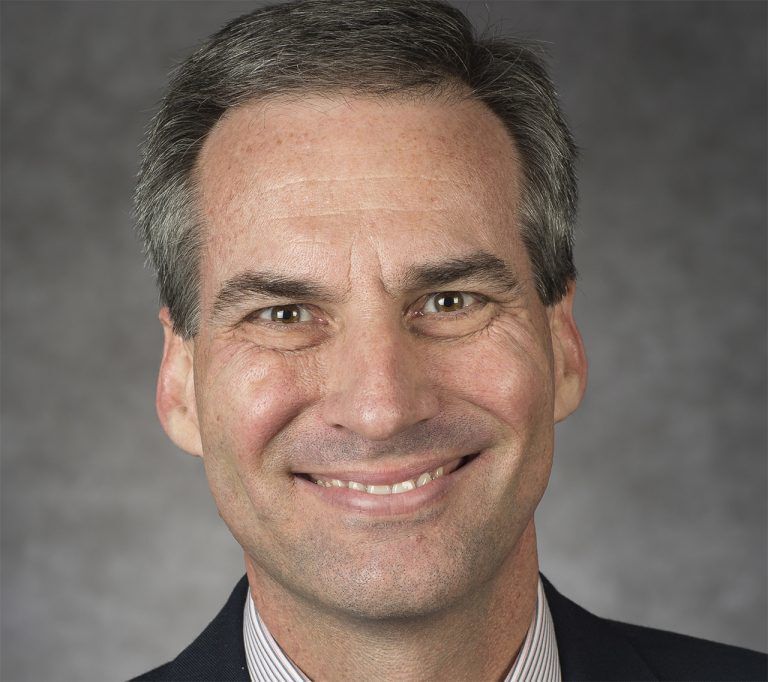