PRAIRIE DU ROCHER — In the next few months, the residents of Prairie du Rocher expect the bad news they’ve awaited for years will become official.

By every indication, their 17-mile-long levee will not be reaccredited by the Federal Emergency Management Agency, putting the town at the mercy of economic forces with as much destructive potential as any flood.

Since 2006, the levee has held provisional accreditation, as FEMA asked local officials to prove the levee meets federal safety standards.

But a study by the U.S. Army Corps of Engineers did just the opposite.

To meet FEMA regulations, it found, the levee would need tens of millions of dollars in upgrades to fix under-seepage issues.

“In 2004, FEMA accredited us with 177 relief wells,” deep tunnels dug on the landward side of a levee to channel away seep water, said Steve Gonzalez, a Randolph County farmer and chairman of the Prairie du Rocher-Modoc Levee District. “In 2016, the Corps came back and said we needed 450.”

Those and other needed upgrades would cost the levee district some $60 million, according to the Corps’ report, which was provided to Gonzalez.

“For a community this size and one that’s mostly low-income, obviously that’s not feasible,” he said.

De-accrediting the levee does not affect its maintenance, which is done jointly by residents and the U.S. Army Corps of Engineers.

Where the agency’s floodplain maps previously considered Prairie de Rocher protected against up to a 100-year flood, the new Preliminary Flood Insurance Rate Maps, released in June 2018, place the village squarely in a flood hazard area.

“At that point you’re considered to be in an open valley, with no protection whatsoever,” Gonzalez said. “It’s as if the levee didn’t exist.”

And with FEMA expected to finalize the maps by late 2019, per agency spokesperson Mark Peterson, residents are already bracing for the economic consequences to follow.

Levee decertification could be a disaster for Prairie Du Rocher

Without a federally recognized levee, homeowners who have flood insurance will see rates rise dramatically, as the National Flood Insurance Program begins to treat Prairie du Rocher as a high-risk area.

That change will affect about 30% of the around-250 homes in town, according to Village President Ray Cole.

“I think the average (premium) is like $400 a year right now,” Cole said. “That could jump by double digits each year, and it doesn’t take long for rates to start doubling.”

Other homes and businesses that don’t currently pay for flood insurance will be required to purchase it if they hold any loan, including a mortgage, from a federally backed lender like Fannie Mae or Freddie Mac.

New development in the floodplain will be heavily restricted, and even those who own their homes outright will be hurt further down the line, Cole said.

“Imagine trying to sell your property with a flood insurance payment that’s as much as the house payment,” Cole said. “Imagine the impact on your property value.”

In a town where the population and property values have been stagnant for decades, Cole sees de-accreditation as an economic stranglehold.

FEMA has been engaged with the community since 2007, Peterson said, holding meetings and conference calls to discuss the accreditation effort and the town’s options should it fail.

The village hall now has information posted to help residents understand the new floodplain, flood insurance and how to acquire it, Cole said, though it won't do much good for those who struggle to afford their house payments and bills already.

In one recent bright spot, the levee district learned last month that it was re-inducted into an Army Corps of Engineers insurance program called “PL 84-99,” that will pay for repairs to any major or catastrophic levee damage, like landslides, Gonzalez said.

It has also acquired about $80,000 in grants from the Delta Regional Authority to repair relief wells along the berms.

Gonzalez doesn’t expect the repairs to move the needle for FEMA, but he hopes they’ll help the district keep the Army Corps insurance, he said, a needed safety net.

As Gonzalez sees it, the one remaining FEMA hope is Prairie du Rocher’s effort to attain national park status.

The area is already host to two places on the National Historic Register: Fort de Chartres and the Modoc Rock Shelter.

One Mississippi; Two Mississippi ... River towns where time slows down and follows the current

And a fellow French-founded city across the Mississippi River, Saint Genevieve, was authorized as a National Historical Park by the Consolidated Appropriations Act of 2018.

“The people who settled St. Genevieve started in Rocher,” Cole said, and the town has multiple buildings dating back to the 1700s. “Getting that designation, it changes the dynamic. Instead of the village arguing with the Corps of Engineers you’ve got the National Park Service. They’ll want some things preserved.”

Residents also hold out hope that there could be federal infrastructure money appropriated to levees in the river basin after this year’s catastrophic flooding.

But any such spending is subject to the legislative debate about the long-term viability of levees on the Mississippi, and the future of the river bottoms, said Gonzalez, a farmer and cattleman.

“The problem is we have people who want to see the valley return to a natural floodplain — environmentalists or whatever you want to call them,” he said. “There’s propaganda out there that’s false about why this needs to be reverted back to a river valley. What happens to our property rights? People who have lived here for generations? As long as food is cheap and they can import at a whim, they don’t pay attention to our infrastructure.”

The first flood barriers on the Mississippi, built in the early 1800s, were only a few feet tall.

But walling off miles of former floodplain for homes and agriculture has created a spiral effect on the river, which drains 41% of the continental United States.

The narrower the river is forced to run, the faster and higher it gets, as tens of millions of tons of sediment settle along its bed each year.

As it rises, levees must rise too. Today, the Prairie du Rocher levee is about 50 feet tall, Cole said.

“We’re at a point where people are starting to look at the big picture,” he said. “At some point, the federal government is going to have to step up and do some buyouts in the floodplains. But do you expect people to just take it and walk away?”

Gonzalez doesn’t plan on it.

Of the 570 acres he owns, one parcel has been in his family for at least 150 years, he believes.

“I’m not really willing to give it up and make it a wetland,” he said.

A previous version of this story incorrectly called the Mississippi River the longest river on earth. In fact, the Nile River is the longest on earth. The Southern regrets this error.

Bost tours site of barges sucked through Len Small Levee during flood; hopes to get legislation passed in 2020 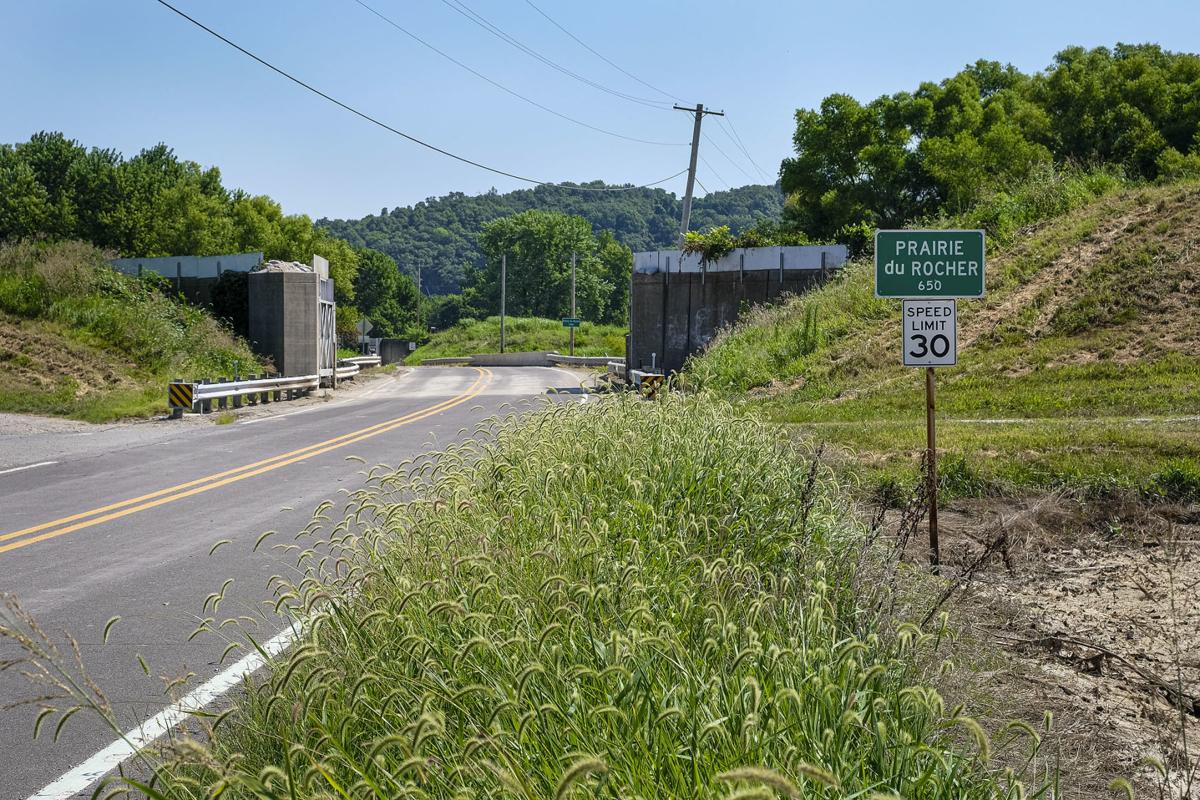 Illinois 155 passes through the levee at Prairie du Rocher. The levee is expected to lose its Federal Emergency Management Agency accreditation by the end of the year. 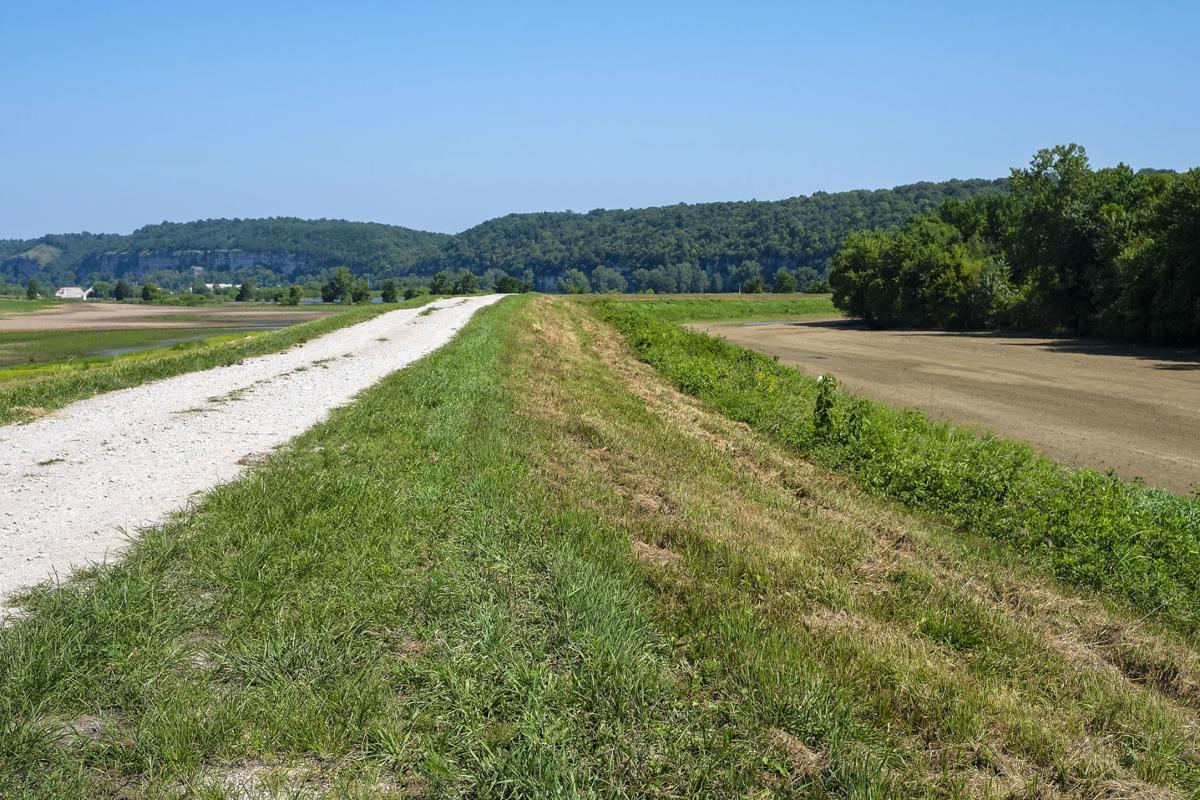 The 17-mile levee at Prairie du Rocher is in danger of losing it FEMA accreditation by the end of the year. A U.S. Army Corps of Engineers' report estimates the levee is in need of $60 million in upgrades and improvements. 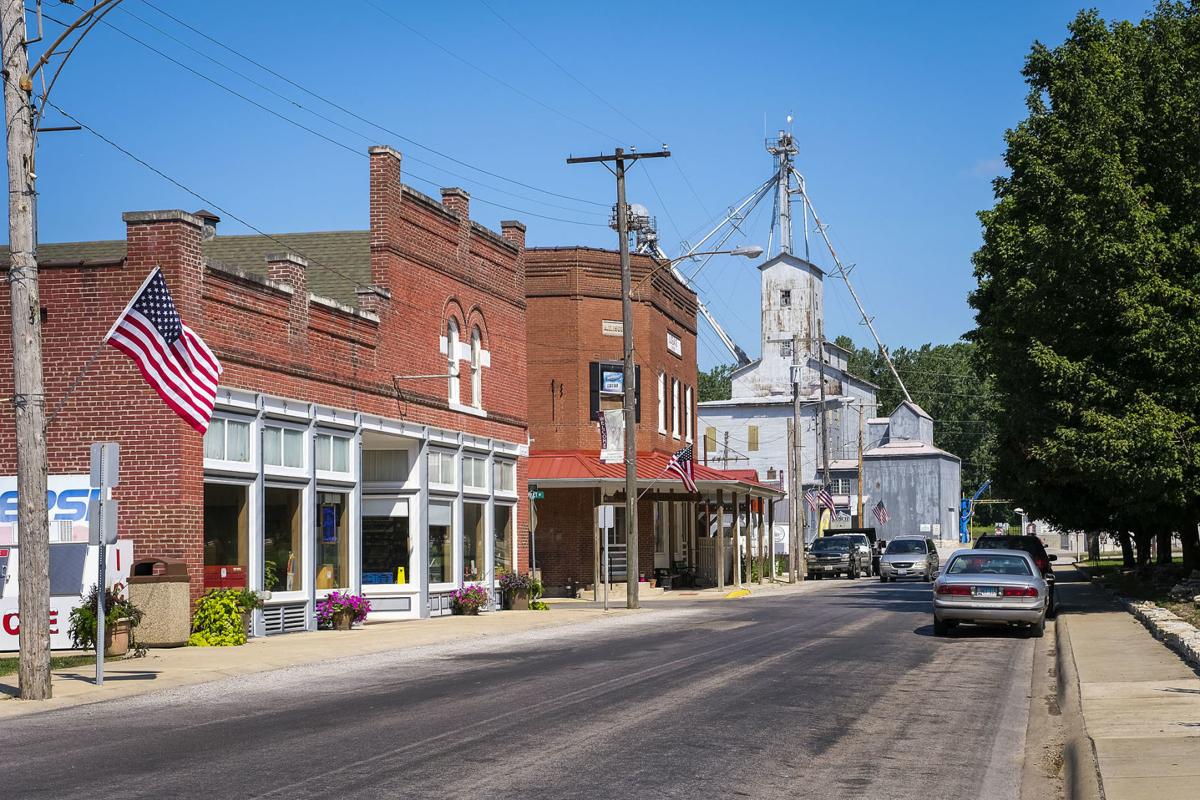 Without a federally-recognized levee, Prairie du Rocher homeowners with flood insurance are likely to see their premiums dramatically rise.