Become a Member
Read Today's E-edition
Share This
Forget pumpkin spice. The lawn chair is the fall tradition in Murphysboro for the Apple Fest parade
0 comments
Share this

World Series: Can the Astros even the series? Follow updates and scores 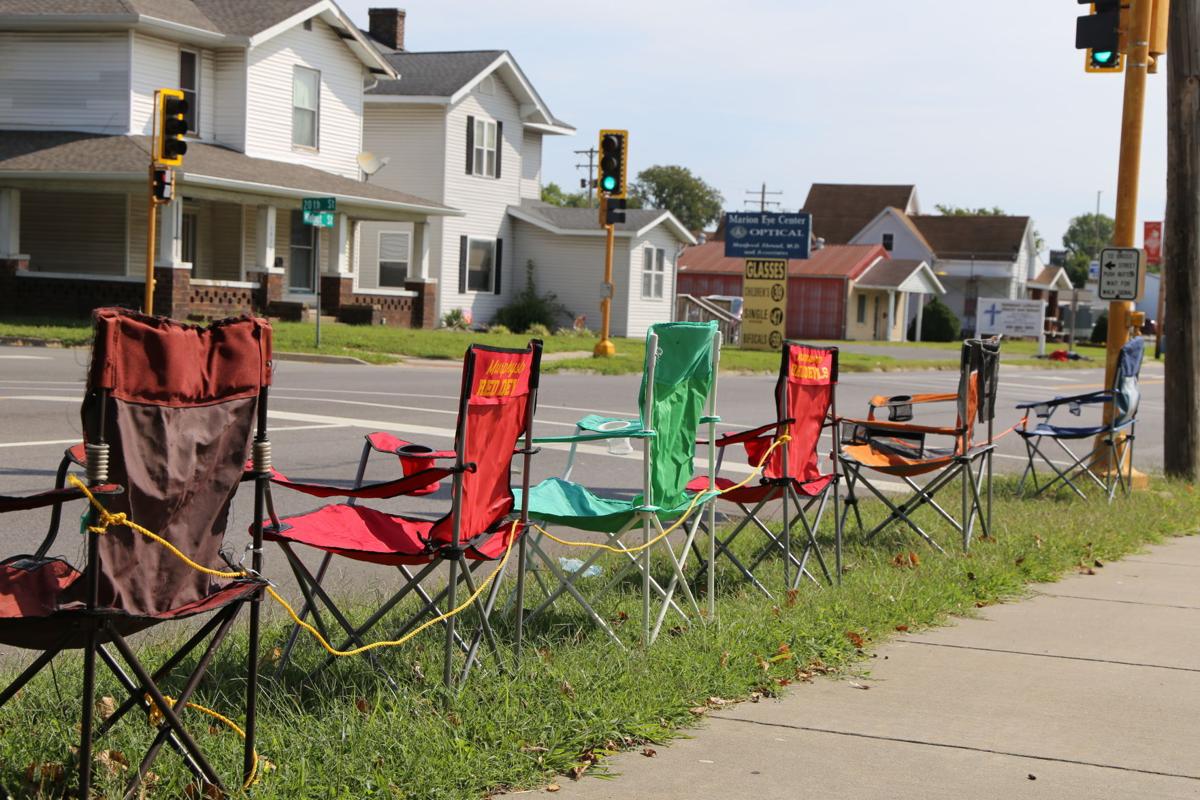 Foldable chairs line the route for the annual Murphysboro Apple Festival Grand Parade. All along the parade route, chairs become a sort of "reserved" section for the Sept. 18 event. 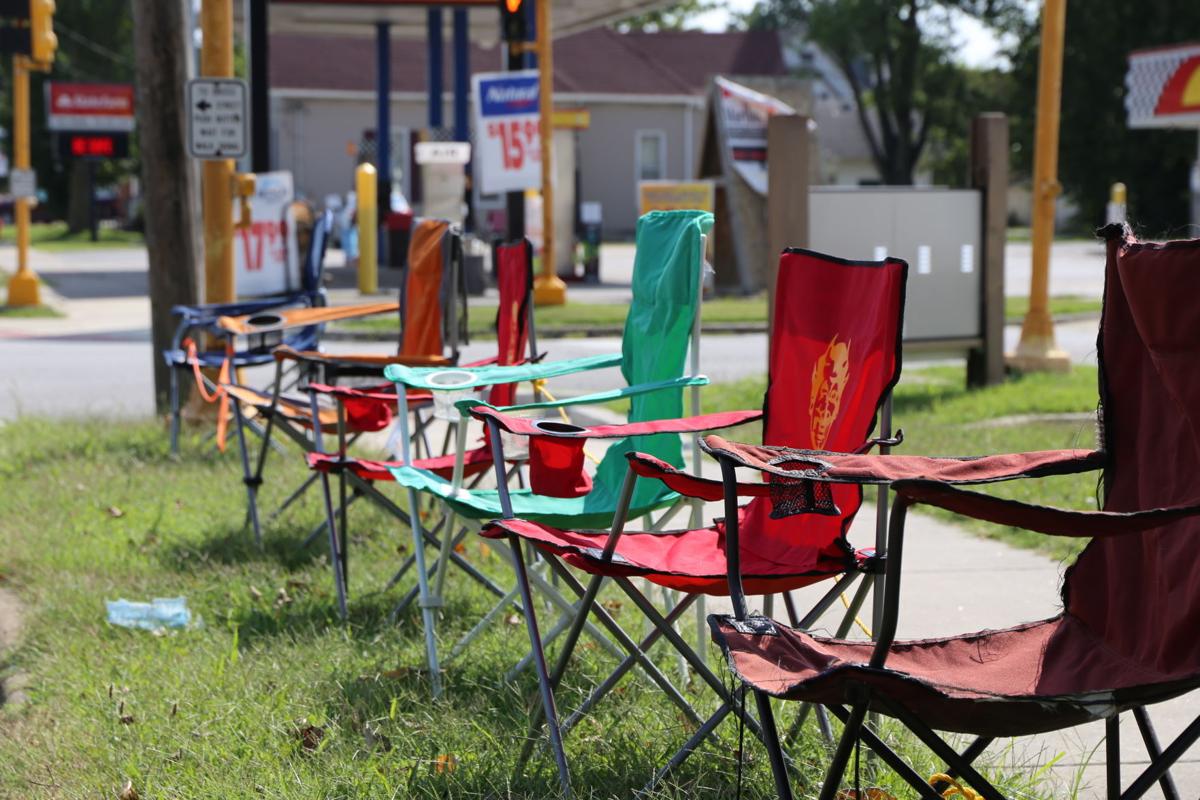 A collection of camping chairs sit ready for Apple Festival Grand Parade watchers in Murphysboro. For years, residents have been "reserving" their spaces by putting chairs along the parade route, often weeks in advance. 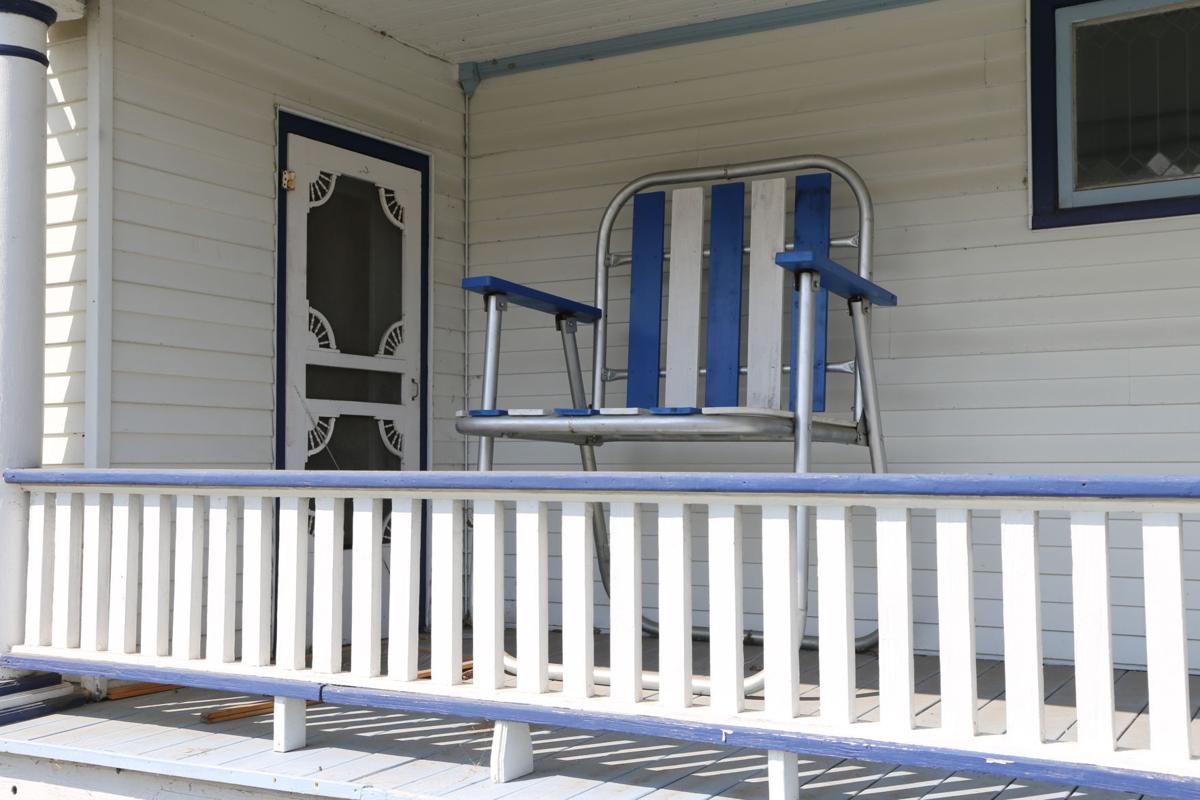 A giant lawn chair built specifically for the Murphysboro Apple Festival Grand Parade sits on a porch near the parade route. The chair is more than 6 feet tall.

Like the glimpse of orange on a leaf, the first snaps of football practice and pumpkin spice everything, the arrival of lawn chairs along Murphysboro’s Walnut Street is a sure sign of fall.

For decades, residents of the Jackson County community have been laying claim to the perfect viewing spots for the annual Murphysboro Apple Festival Grand Parade by putting their seats along the route days and weeks in advance. Some of the first chairs landed along the street a couple of weeks ago in anticipation of the 2021 event. Since then, dozens more have been placed along a ten block stretch of Walnut Street. The parade is set for 11 a.m., Saturday, Sept. 18.

“I think sometimes people are vying for the title of being the first one to get their chair out,” explained Debbie Glasco, co-chair of the Grand Parade.

The number of chairs grows right up until the day of the parade, said Glasco, who has been involved with the Apple Festival committee for 40 years, adding she doesn’t remember when chairs were first placed to hold a spot for the parade.

Of course, once a chair or two appear, others follow.

“It’s similar to a junior high dance,” Murphysboro Mayor Will Stephens said. “You know, one person gets on the dance floor and then everybody else does. I’ve seen the number of chairs grow over the last couple of days and now I’m scrambling to make sure I get my own down there.”

Stephens said the chairs have become a Murphysboro tradition and are a sure sign of the upcoming community festival.

“People love the Apple Festival and, in particular, the Grand Parade is something that they often have family come in for and they just want to reserve their spot. While some people may find it to be funny or silly, it’s pretty serious business for people in Murphysboro,” he said.

Stephens said the city has no issue with the chairs, as long as the seats do not impact the flow of traffic or pedestrians. In fact, he said, in his eight years as mayor he has not received a single complaint that the chairs were a hazard.

Glodo said, “Some people are critical of it, but I always look at the positive side and it creates excitement for the Apple Festival.”

Event and city leaders realize that the early placement of chairs also gives city residents a way of poking fun at themselves.

“One year I put a chair out just after the parade with a sign declaring it the first chair out for the next year’s parade,” she said.

“We had to remind people that even though it was funny, we just can’t have chairs out there year-round,” he said.

The chairs were even commemorated a few years ago with a Grand Parade float featuring a giant lawn chair. Created by former Murphysboro resident Paul West, the chair is now the property of Congressman Mike Bost’s family. The chair – more than 6 feet tall – has been in several parades and is currently on the porch of a home they own near the parade route. It often makes an appearance either as part of a parade entry or along the route.

“It’s almost as though in addition to the annual Apple Festival theme, a secondary theme is lawn chairs,” Bost said.

The suspected shooter is a teenager and they are still missing, police said.

CARBONDALE — Two were injured at a shooting that took place at a house party around midnight on Saturday, according to the Carbondale Police. …

Radio host Tom Miller marks 45 years on the air: 'It's not about me'

Tom Miller has no plans to formally commemorate his 45th year of working in radio. He doesn’t want to draw attention to the anniversary which is this week. Or to himself.

Foldable chairs line the route for the annual Murphysboro Apple Festival Grand Parade. All along the parade route, chairs become a sort of "reserved" section for the Sept. 18 event.

A collection of camping chairs sit ready for Apple Festival Grand Parade watchers in Murphysboro. For years, residents have been "reserving" their spaces by putting chairs along the parade route, often weeks in advance.

A giant lawn chair built specifically for the Murphysboro Apple Festival Grand Parade sits on a porch near the parade route. The chair is more than 6 feet tall.