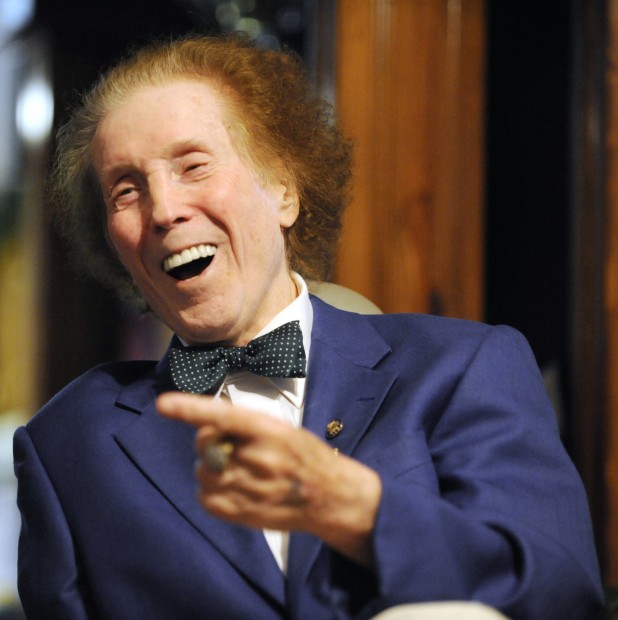 STEPHEN RICKERL / FOR THE SOUTHERN Former U.S. Representative Kenneth Gray tells a story during an interview at his home in West Frankfort. 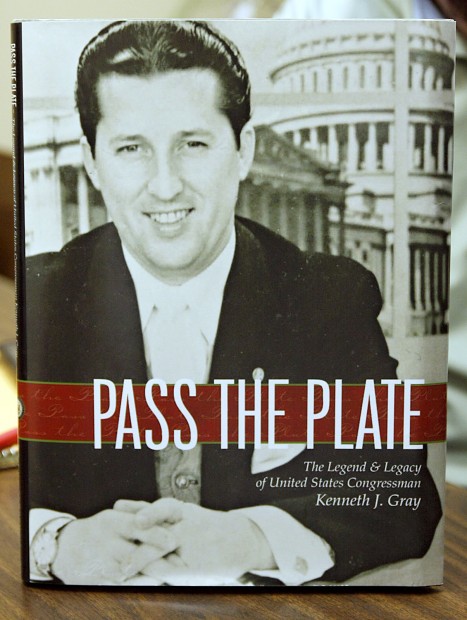 Southern Illinois lost one of its most colorful characters, and most prolific producers of “pork,” with the death of retired U.S. Congressman Ken Gray.

Gray, 89, died at 11 p.m. Saturday at Herrin Hospital, surrounded by his family.

Gray earned the title “Prince of Pork” for his aptitude for pork barrel politics; that is, appropriating federal money for projects and programs that benefited the constituents in his district.

During his 24 years in Congress, Gray delivered $7 billion for regional projects like Interstates 57, 24 and 64, which prompted millions of dollars of development in the region; a canalization project for the Kaskaskia River that opened up the region for barge traffic, and the creation of the manmade Rend Lake, which provides drinking water for dozens of communities and is one of the region's top tourist destinations.

"They call Rend Lake pork," Gray said in a 2008 interview with The Southern Illinoisan. "Yet the U.S. Army Corps of Engineers, six years ago when there was tremendous flooding, said that because of Rend Lake holding the water back, more than $100 million worth of property downstream was saved. If that is pork, pass me the plate, because I'll take another heaping serving."

The youngest of three sons born to Thomas W. and Anna Reed Gray, Gray entered the world on Nov. 14, 1924 in West Frankfort, but the Franklin County town wouldn’t hold him forever.

"He always wanted to be a big shot," his wife, the Rev. Margaret "Toedy" Holley-Gray once joked. "He'd chase rainbows for miles to get the pot of gold at the end."

Gray had a sense of humor about his boyhood braggadocio.

"Whenever I'd save up a dollar, I'd wrap it around some paper with a rubber band so it would look like I had a wad of money," he laughed. "Once I was on a double date and we pulled up to the service station to get gas. I yelled, 'fill'er up' so the girls could hear me, all the while I was signaling the guy with my hand to say two gallons only. Gas was 12 cents a gallon and I could only spend a quarter. Well, the attendant didn't hear me and actually filled it up. We worked it out so we could go on our date but when it was over, we had to go back and siphon the rest of the gas out.”

After high school, Gray entered the U.S. Army Air Corps where he served in three different theaters of operation during World War II. During the war, the future Congressman also drove for a future president he would serve under in Washington, Dwight D. Eisenhower.

Post-war, he returned to West Frankfort where he become commander of the American Legion and operated airports in West Frankfort and neighboring Benton.

In 1954 at age 30, he became one of the youngest members ever elected to Congress. His questionable fashion choices, including brocade and shocking pink jackets, were a conscious choice made after he arrived in Washington, he said.

“I was surrounded by 434 undertakers," he said. "Everyone (in the U.S. House of Representatives) was dressed the same, in a black suit with a dark tie. Now, I got into this business to break the political mold. I wanted to stand out."

And stand out he did, during 10 consecutive terms and two later terms, Gray brought home the bacon. He is responsible for bringing the federal prison to Marion instead of to its intended home in a nearby state and he sponsored legislation that brought home 120 post offices, nursing homes, hospitals and a multitude of other major infrastructure improvements.

Gray’s time in office saw him mingle and maneuver with names from the golden era of U.S. politics, names like Kennedy, Nixon, Reagan, Wright and Rayburn.

"There was such a camaraderie back then. Democrats were in control, but we worked well with Republicans. We worked on projects to suit both parties' needs," he said. "I look at it now and I'm glad I'm not there.”

He returned home to West Frankfort again and has in recent years suffered bouts with illness, but stayed active in the local political scene.

A 23-year-old woman from Murphysboro and a child are dead after a two-vehicle crash Thursday night in Jackson County.

An 18-year-old died after he was hit by a truck on the side of U.S. 51 on Sunday, according to the Jackson County Sheriff's Office.

Zeigler has outlasted the industry that built it

Zeigler Coal has long closed its doors, and the coal industry in Southern Illinois is a shadow of what it was in its heyday. But Zeigler hangs on, though the storefronts are largely empty and the streets uncrowded.

'It will save some person's life': Family of sick 2-year-old asks Southern Illinoisans to wear masks

Carbondale 2-year-old Nathan Smith and his mommy and daddy, Karle and Josh, have a request: Please wear your mask.

The nonprofit organization overseeing the renovation of R. Buckminster Fuller's "Dome Home" in Carbondale recently completed the second phase of a project to restore the home to how it looked when Fuller resided there in the 1960s.

Hundreds of Southern Illinoisans are required to register as sex offenders. But are we any safer?

In recent years, policy makers and advocates, both for offenders as well as victims, have been raising questions as to whether the sex offender registry, and the rules around it, really makes the public safer.

The John A. Logan College Board of Trustees has selected the school's next president, who will take the helm in January after Ron House retires.

LICK CREEK — Whether it's Scotch pine, blue spruce or Fraser fir, there's no beating the fresh smell of a newly-cut Christmas tree.

Despite pandemic, West Frankfort's Candy Cane Lane is a go

STEPHEN RICKERL / FOR THE SOUTHERN Former U.S. Representative Kenneth Gray tells a story during an interview at his home in West Frankfort.