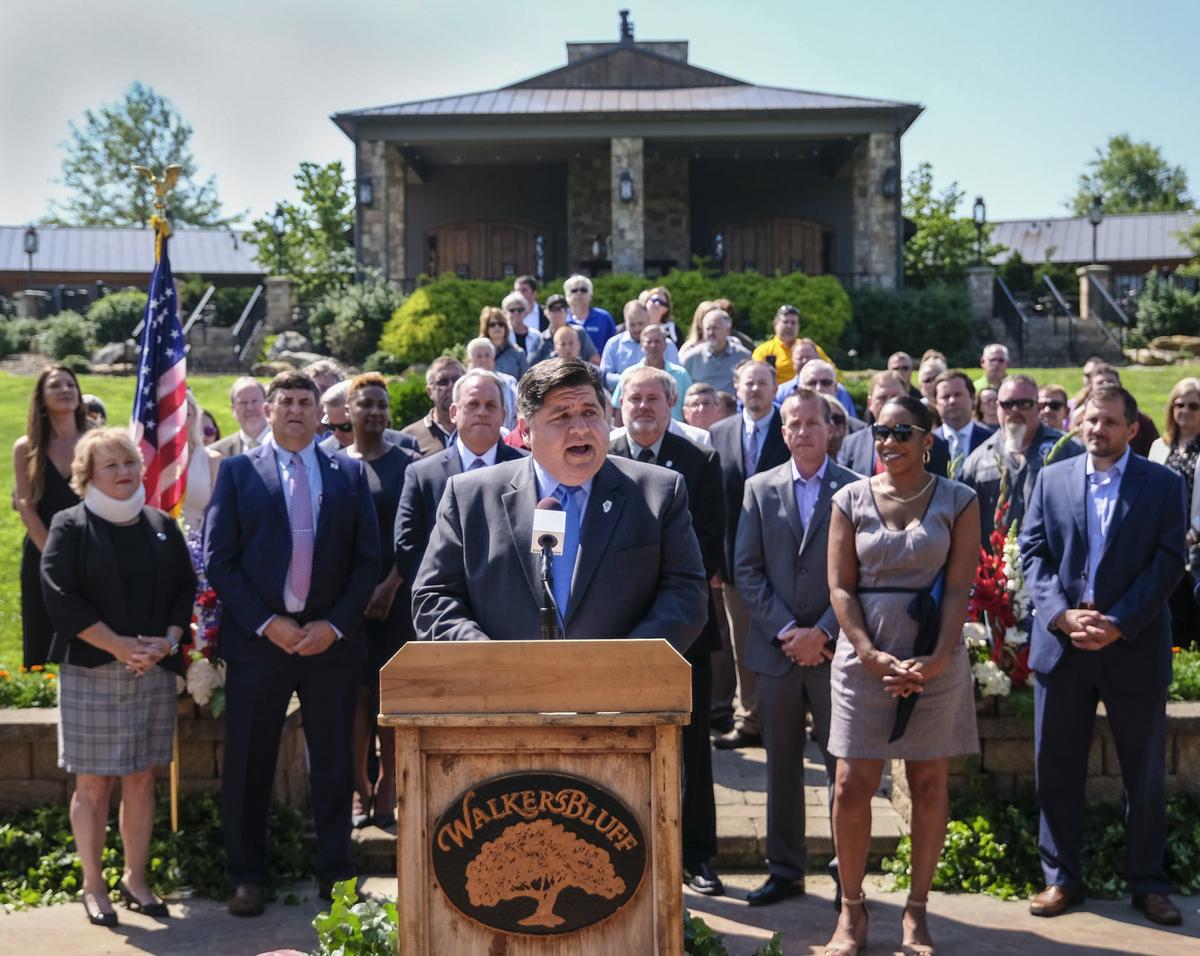 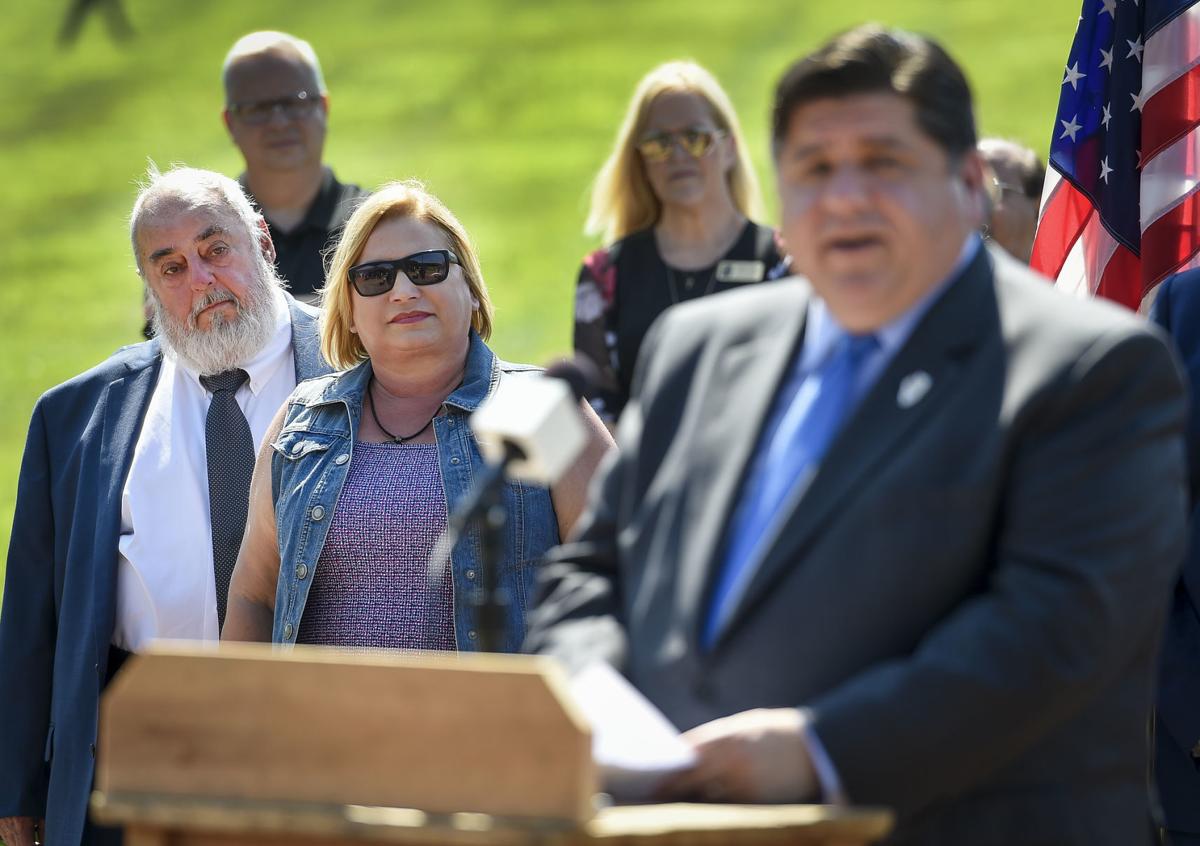 David and Cynde Bunch, owners of Walker's Bluff, look on as Gov. J.B. Pritzker (right) speaks about his Rebuild Illinois plan, which includes the casino license for the resort, at Walker’s Bluff on July 2. 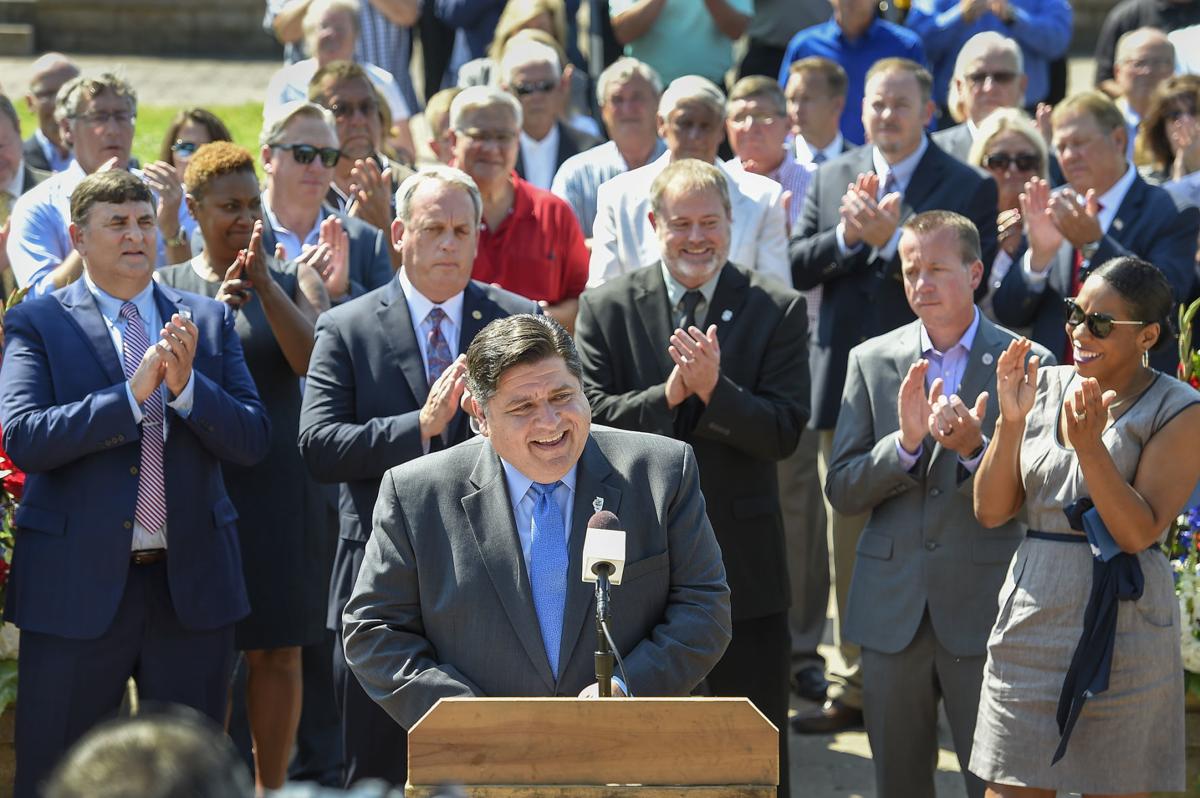 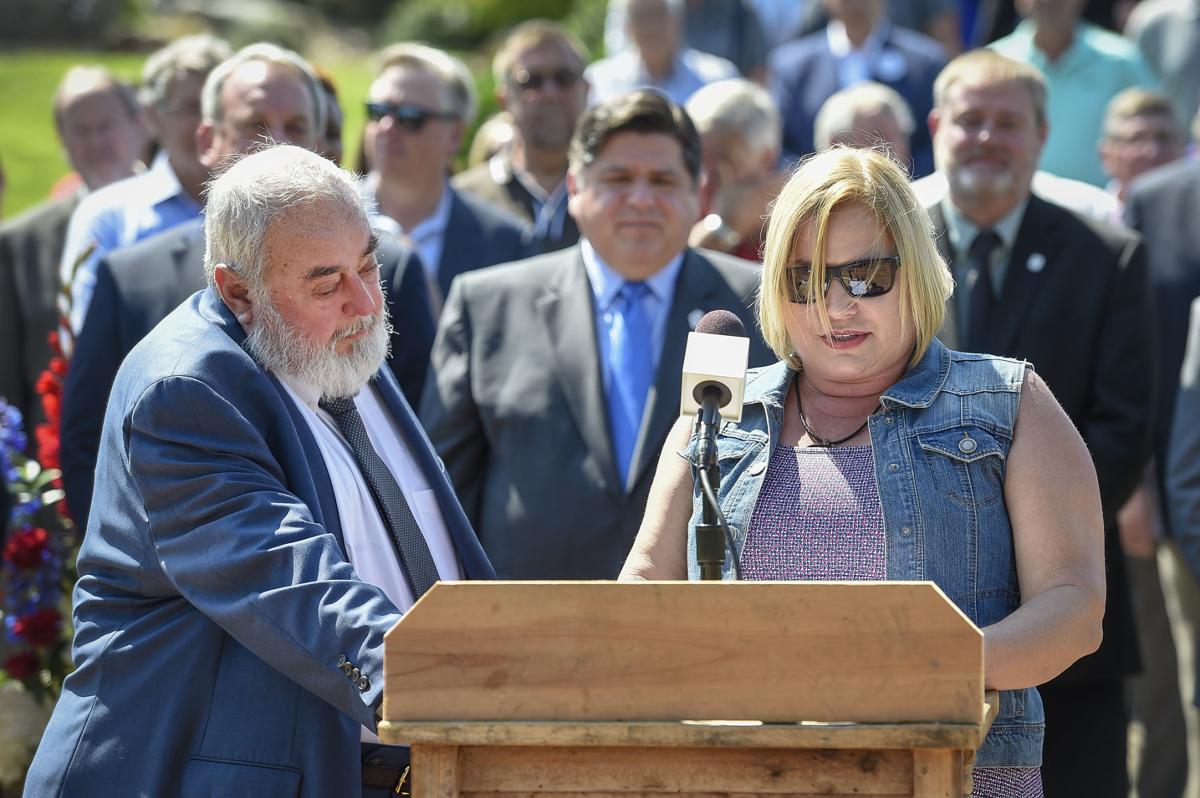 Walker's Bluff owners David and Cynde Bunch speak about the expansion plans at the resort, including a casino, hotel and water park, as Gov. J.B. Pritzker looks on at Walker’s Bluff on Tuesday morning.

On Friday Cynde Bunch, CEO and co-owner of Walker’s Bluff, got a green light on her resort project when Gov. JB Pritzker signed SB 609, a gambling expansion bill that will give Walker’s Bluff a casino license. Tuesday morning, Gov. Pritzker and Lt. Gov. Juliana Stratton made stops to discuss Rebuild Illinois, including a stop at Walker’s Bluff.

"Gov. Pritzker has made Southern Illinois a priority by his frequent trips and meeting with various stakeholders and citizens to hear and address or concerns,” Ashmore said.

Pritzker thanked Ashmore and called him somebody who articulates the concerns of Southern Illinois. He talked to Pritzker about the need for jobs in the region.

“Thanks, Jason. I’m taking your advice and guess what? We are creating jobs right here in Southern Illinois,” Pritzker said.

“I know you have been working for this day for seven years, and your persistence has paid off for you and for so many people who will be employed here at Walker’s Bluff. No doubt, Cynde, your great-grandparents who owned this property would be incredibly proud of what you and your family are doing for this entire region,” Gov. Pritzker said.

The governor was in Southern Illinois to talk about the new capital plan, saying the plan has great things in store for Carterville, for Carbondale and for all of Southern Illinois. First, he talked about the gambling expansion, adding that it authorizes a casino license for Walker’s Bluff.

“What a great day! Since 2008 Walker’s Bluff has served as an entertainment and tourism destination for Southern Illinois. Offering jobs and opportunities to hundreds of local residents and bringing thousands of visitors face to face with Southern Illinois’ natural beauty,” Pritzker said.

The next speaker was Cynde Bunch.

“You all know what we’ve done to get here. You’ve been with me all the way,” Bunch said to the crowd of supporters. “It’s a great honor to stand here with you at Walker’s Bluff – on the same ground that my grandfather Orval once plowed.”

She thanked the local tradesmen and mayors for their support. Bunch said she wished former Marion Mayor Bob Butler was here today, but that she knows he’s looking down on Walker’s Bluff with pride saying, "It’s about time.”

“As a native Southern Illinoisan, I understand how deeply beneficial a destination resort will be for residents and visitors to the area,” Bunch said. “As a little girl, I sat here thinking we ought to share this with everyone.”

Bunch said the event today is the culmination of eight years of work.

“We delivered on a promise that will improve lives of people in Southern Illinois,” Lt. Gov. Stratton said.

Bunch hopes to break ground on the project on Labor Day, and plans to open in January 2021. She expects construction of the casino and resort to take approximately 18 months. The water park will take 24 to 30 months to complete.

The next step is submitting the application for the gambling license. The have up to 180 days to apply.

The resort will have 330 rooms, which includes 120 rooms in the water park and 210 in the casino. It is expected to cost about $300 million.

While in Southern Illinois, Pritzker and Stratton also stopped in Marion to talk to Laborers Local 773 about the broader capital bill, which includes money for rebuilding roads and bridges.

While Southern Illinoisans hope a larger factory or business will come to the region, Pritzker said two-thirds of all jobs are created by small businesses. To help foster small businesses, the capital bill includes money for business incubators.

Pritzker expects to be back to open the Du Quoin State Fair. His wife, MK, has been working on the governor's home at the fairground, and he believes it will be ready by the time the fair starts.

What types of businesses should Carterville recruit? Town leaders want your feedback.

A casino resort? Williamson County Board says you bet!

David and Cynde Bunch, owners of Walker's Bluff, look on as Gov. J.B. Pritzker (right) speaks about his Rebuild Illinois plan, which includes the casino license for the resort, at Walker’s Bluff on July 2.

Walker's Bluff owners David and Cynde Bunch speak about the expansion plans at the resort, including a casino, hotel and water park, as Gov. J.B. Pritzker looks on at Walker’s Bluff on Tuesday morning.