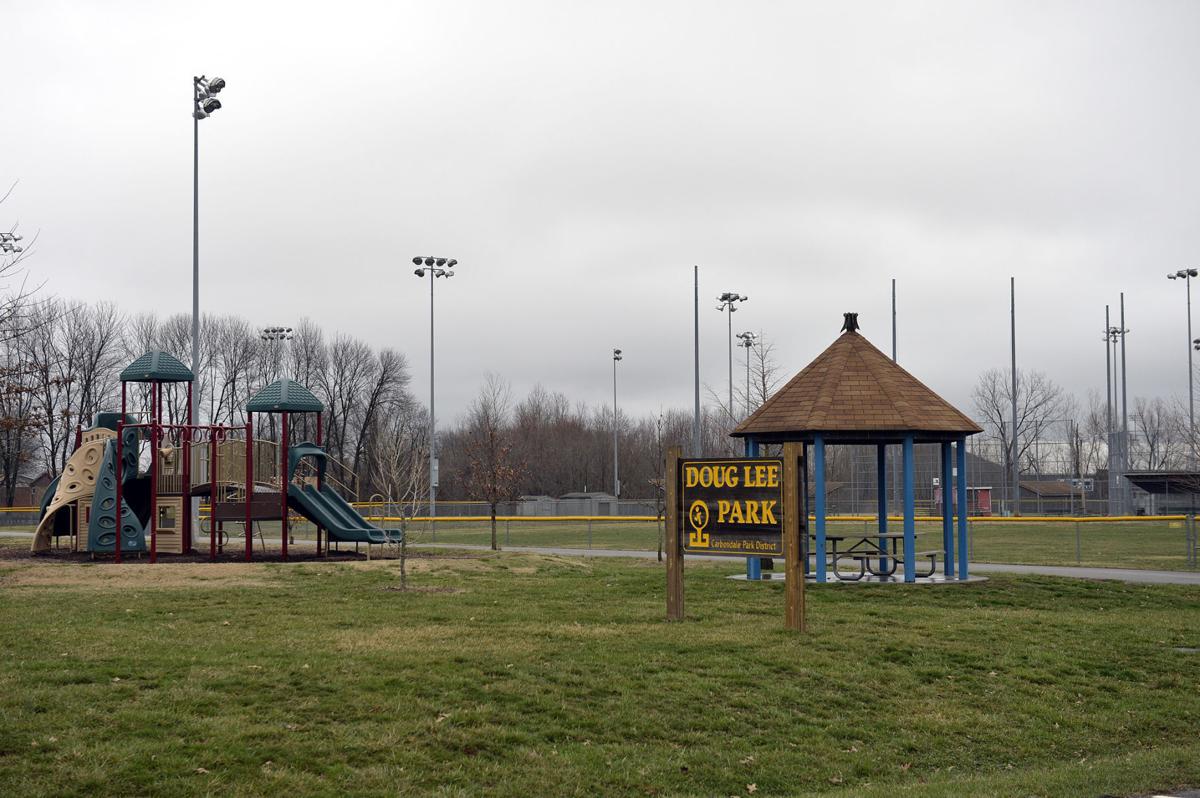 Pictured is Doug Lee Park, which is part of the Superblock Recreational Center in Carbondale. It's one of the parks leased to the Carbondale Park District and owned by the city of Carbondale. 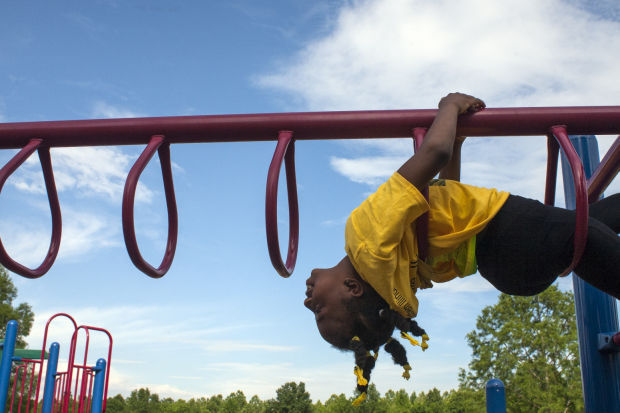 A child is pictured playing at Attucks Park on Friday, May 30, 2014, in Carbondale.

CARBONDALE — The Carbondale Park District is making a long-term plan, and its board wants to know what community members want and need from their park district over the next 10 years.

To do this, the district has scheduled a series of online town halls in which staff and board members are on hand to present the district’s 10-year strategic plan and to take input and questions from community members. The first virtual meeting was held Tuesday evening.

“Citizen input is going to be critical to producing the best final product we can,” Park District Executive Director Kathy Renfro said Tuesday, opening the meeting.

A powerpoint displayed the district’s vision and goals. Among the goals are potentially hiring a business manager and community outreach positions, as well as developing a skatepark in Carbondale. However, up top, and in bold, was the implementation of systems that will allow the district to operate smoothly and effectively. That's important as the district finds itself in financial difficulty as its tax dollars cover less and less of its bills.

Dorcy Prosser was the sole attendee Tuesday night. She suggested that the district create a shorter-term plan with concrete action items. She said this could be a trust-building demonstration for community members.

“Just showing that you’re not just waiting for things to happen,” Prosser said during the meeting.

Like many this holiday season, Carbondale leaders are finding ways to be festive while keeping socially distanced.

This need for trust stems from the very public debate in recent years between the city and the park district — which is an independent taxing body separate from the city — about financial management of the district and how that has impacted the services and maintenance it can provide for its facilities. A recent ballot referendum indicated that residents of the park district wanted the city to begin the process of exploring taking over some of the district’s operations. That has also been part of the ongoing discussion between the two bodies.

Prosser said the dialog has been concerning recently between the city of Carbondale and the district about the possibility of the city taking over some of the district’s services. She pointed to contentious meetings between both the City Council and the Park District's board as an example.

Renfro and the other district officials in attendance hoped that subsequent meetings will have more robust attendance.

“It’s hard to make decisions for the community when it’s not clear what the community wants and won’t communicate with us,” Park District Commissioner Kirsten Trimble said Tuesday.

Speaking Wednesday, Renfro said residents in the Park District should come with all their ideas. Much of what was discussed Tuesday was about public perception and financial issues, but she encouraged other ideas, too.

The next scheduled meetings are 9 to 11 a.m. Saturday, 6 to 8 p.m. Monday and noon to 2 p.m. Tuesday. Those interested in attending via video conference can find more information at www.cpkd.org/events.

Pictured is Doug Lee Park, which is part of the Superblock Recreational Center in Carbondale. It's one of the parks leased to the Carbondale Park District and owned by the city of Carbondale.

A child is pictured playing at Attucks Park on Friday, May 30, 2014, in Carbondale.