SPRINGFIELD — Illinois Comptroller Susana Mendoza is adding her voice to those warning that the state will face dire consequences if the federal government does not approve an economic aid package for state and local governments.

“Without question, Illinois — and every other state, frankly — will need financial support from the federal government to bring much-needed stability back to state and local government,” Mendoza wrote in the latest edition of her Fiscal Focus magazine, which she distributed in a news release Monday. “Taxpayers, bond houses, businesses, human service providers, schools, and colleges and universities need to know that together we will pull through this unprecedented time.”

Mendoza, a Democrat who has served as comptroller since December 2016, noted that the state began the fiscal year on July 1 with a backlog of past-due bills totaling nearly $5.4 billion. But that was only because the state borrowed $1.2 billion from the Federal Reserve’s Municipal Liquidity Facility — money that has to be paid back in its entirety, with 3.52-percent interest, during the current fiscal year that ends June 30, 2021.

She also noted that the state has borrowed another $400 million from the state treasurer’s office and the state’s general revenue fund still owes about $763 million that it borrowed from other funds in previous years, which has to be repaid in installments through 2024.

She said the total amount due in the current fiscal year between borrowing from the Fed, the treasurer’s office and interfund borrowing is $1.63 billion.

But as the COVID-19 pandemic continues to ravage Illinois and the rest of the country, revenues flowing into state coffers are expected to fall significantly. The state’s unemployment rate in June stood at 14.6 percent, and depending on how long the pandemic lasts, that could cut deeply into individual income tax and retail sales tax collections.

The budget that state lawmakers passed in May called for $42.8 billion in general revenue fund spending. It also authorized spending the $5.5 billion that the state expects to receive in federal CARES Act money — funds Congress approved in March to help pay for COVID-19 response and relief efforts which cannot be used to replace lost revenues.

Mendoza noted, however, that the budget was predicated on the idea that the state could borrow between $5 billion and $6.5 billion through various sources, including the Municipal Liquidity Facility, “depending on whether the federal government provides direct relief to states for revenue failures as a result of the pandemic.”

Without the borrowing, Mendoza noted, lawmakers would have been faced with the prospect of making 35% cuts across the board.

“This would have been catastrophic to schools; public safety; and the medical, social, and human service programs upon which the state’s most vulnerable citizens rely,” she said.

But Mendoza also warned about the consequences of further short-term borrowing without a dedicated source of revenue to repay it.

“As Illinois considers the possibility of engaging in additional borrowing, it must be cautioned this is not ‘free money.’ It must be repaid,” she said. “Adding some $6.5 billion in potential borrowing, especially with interest rates of more than 4 (percent), to the $2.66 billion in short-term borrowing already owed would have consequences on Illinois’ financial outlook for years to come.”

Among those consequences, she said, would be another sharp spike in the state’s backlog of bills outside of the core payments for debt service, pensions, K-12 education, employee payroll, and social and human services.

As of Monday, however, Republicans and Democrats in Congress were still far apart in their negotiations on the next economic recovery package. The Democratic-controlled House recently approved a package that included $500 billion in aid for state governments. But the Republican-controlled Senate was pushing for a package that includes no new aid for states and instead allowing more flexibility in how they are allowed to spend the CARES Act funding they have already received.

“The federal government must realize states cannot simply tax or cut their way out of systemic fiscal problems resulting from the COVID-19 coronavirus pandemic,” Mendoza said.

A coalition of environmental, business and faith groups is calling for legislation that would make the ethics reform measures recently imposed on utility giant Commonwealth Edison apply to all utilities in Illinois. 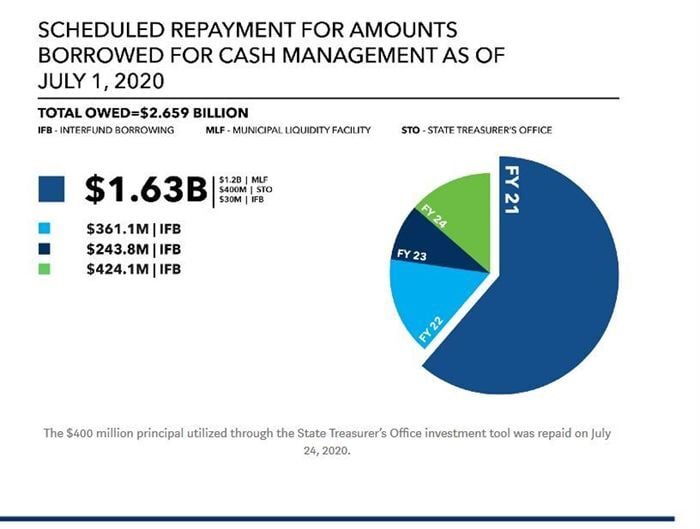 The graphic shows the amount of money that must be repaid by the state for funds it has borrowed for cash management due to the COVID-19 pandemic. 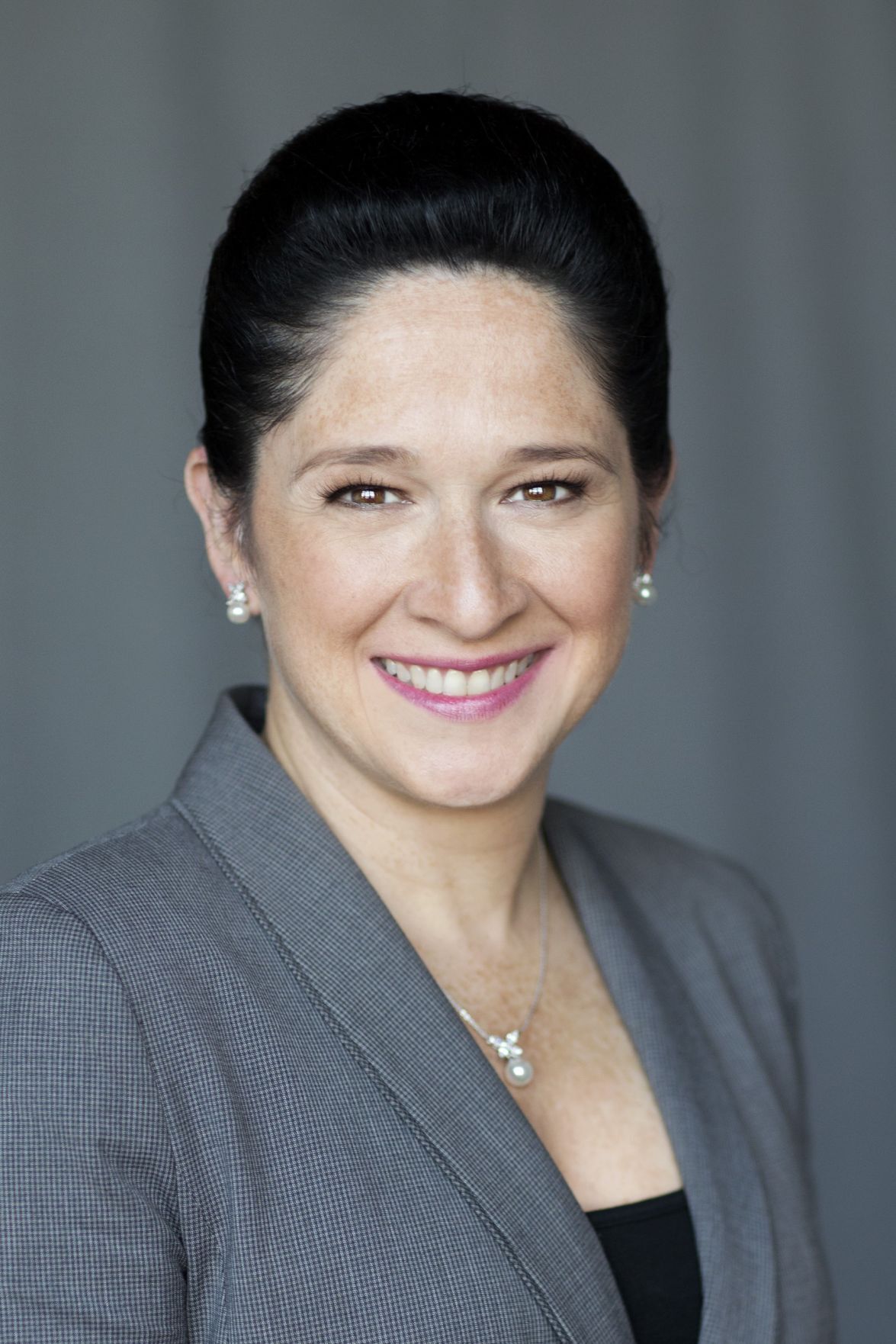