SPRINGFIELD — Senator Don Harmon, D-Oak Park, was elected as the 39th president of the Illinois Senate on Sunday after hours of behind-the-scenes negotiations.

The race had been weeks in the making, and by the time the closed-door negotiations began Sunday shortly after 11 a.m., the field of candidates was down to two — Harmon, who has served in the chamber since 2003, and Sen. Kimberly Lightford, a Maywood Democrat and the majority leader, who has served in the Senate since 1998.

The negotiations took place in the Senate president’s office, which was then occupied by John Cullerton, who relinquished the gavel Sunday prior to the vote on Harmon. The doors to that office were locked to the public and media.

Harmon succeeds Cullerton, a Chicago Democrat who surprised his colleagues in November by announcing his plans to step down. He resigned his Senate seat shortly after Harmon was sworn in.

Harmon reportedly held a 22-17 lead after the first blind ballot, with two senators calling in their votes via phone.

Midway through the second round of negotiations, Sen. Emil Jones III, a Chicago Democrat whose father was the previous Senate president before Cullerton, spoke briefly with reporters about the intensity of the negotiations.

“I don't want to say hard feelings, but strong emotions,” he said of tension among Democrats. “The stakes are high, so emotions are running.”

The race appeared to divide the Senate Black Caucus. Jones, who is African-American, said he backed Harmon in the race. But Lightford, also an African-American, was vying to become the first woman elected Senate president.

Democrats emerged from their closed-door caucus shortly before 5 p.m. with a deal that Lightford would concede the race and support Harmon, but that she would also stay on as majority leader.

After the caucus meeting, the full Senate convened for the formal vote.

The vote went 37-12 in Harmon’s favor. Two of the Senate’s 40 Democrats were absent from the chamber and Cullerton abstained. Harmon and Minority Leader Bill Brady, R-Bloomington, voted for each other as Republicans ceremoniously nominated Brady for the post.

In a two-minute media availability after the vote, Harmon said he expects unity from Democrats after the long race between he and Lightford.

“You know, we’re Democrats, we fight with each other, but we always seem to come together and rally around the important issues for working families of Illinois,” he said. “I have no doubt that there will be work involved, but we will be able to do that successfully and move forward as a very united caucus.”

Harmon, 53, was born and raised in Oak Park. During the 2019 session, he was the principal sponsor in the Senate of the proposed constitutional amendment to overhaul the state’s income tax system, which will appear on the November general election ballot.

Earlier, he pushed for legislation to require gun dealers to be licensed by the state and to expand early childhood education programs. He has also been an advocate for voting rights and clean energy initiatives.

“A staunch advocate for working families, Don was instrumental in shepherding the most sweeping and consequential legislative agenda through the state Senate this past year,” Gov. JB Pritzker, who presided over the floor vote, said in a statement following Harmon’s election.

Harmon takes over leadership of the Senate at a time when some Democratic lawmakers are being targeted by a sprawling federal investigation. Former Sen. Martin Sandoval, D-Chicago, was forced to step down last year after federal authorities executed a search warrant on his Statehouse office.

In addition, Sen. Tom Cullerton, D-Villa Park, was indicted last year on federal charges alleging that he was on a ghost payroll of a Chicago labor union, being paid while doing little or no work. He continues to hold office and has said he intends to serve when lawmakers convene the 2020 session later this month.

Harmon acknowledged the ethical cloud hanging over the General Assembly. In his first speech after being sworn in, he quoted the late President John F Kennedy, saying: “No responsibility of government is more fundamental than the responsibility of maintaining the highest standard of ethical behavior for those who conduct the public business.”

“I want to congratulate Sen. Don Harmon on becoming the new Illinois Senate president," Brady said. "I look forward to meeting with him to discuss the important issues facing our state, such as the need for fair maps, policies that attract businesses and grow jobs, and real property tax relief.”

Illinois Senate confirms Pritzker's appointees to SIU Board of Trustees

The Illinois Senate on Sunday confirmed Gov. J.B. Pritzker’s appointees to the Southern Illinois University Board of Trustees.

J.B. Pritzker added his voice Wednesday to a growing chorus of officials calling for hearings to determine how more than 500 people who identified themselves as non-U.S. citizens became registered to vote. 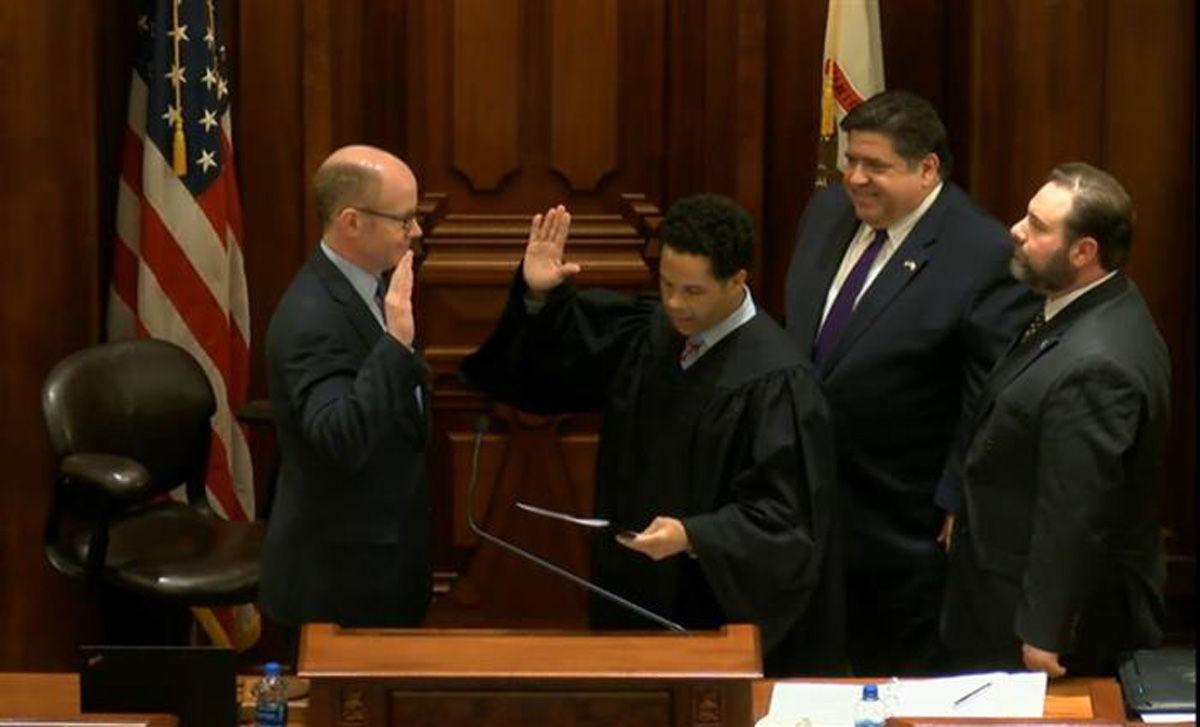 Sen. Don Harmon, D-Oak Park, is sworn in as Senate president Sunday at the Capitol in Springfield. Harmon was elected with a 37-12 vote by the Senate after gaining his party's nomination over Sen. Kimberly Lightford, D-Maywood. Harmon succeeds John Cullerton, who resigned from the Senate on Sunday. 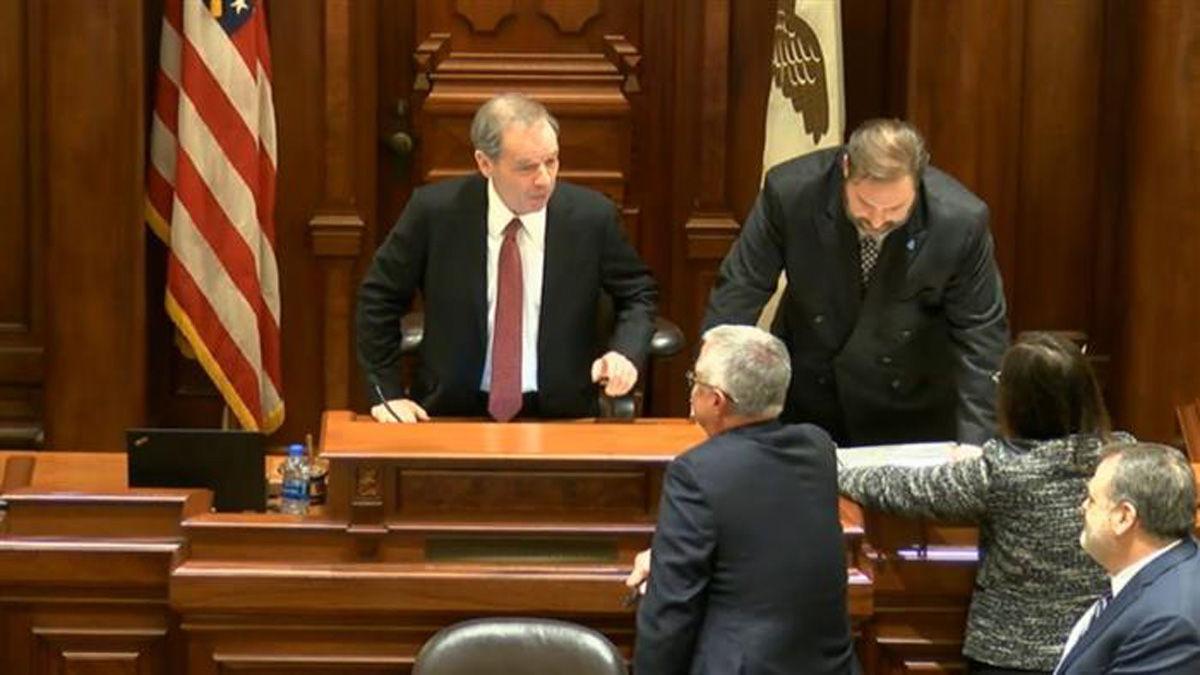 Senate President John Cullerton gets ready to preside over the Senate one last time Sunday before resigning his position. Lawmakers later elected Sen. Don Harmon, D-Oak Park, as its next president, after Cullerton resigned from the Senate as he had announced on Nov. 14 that he would. 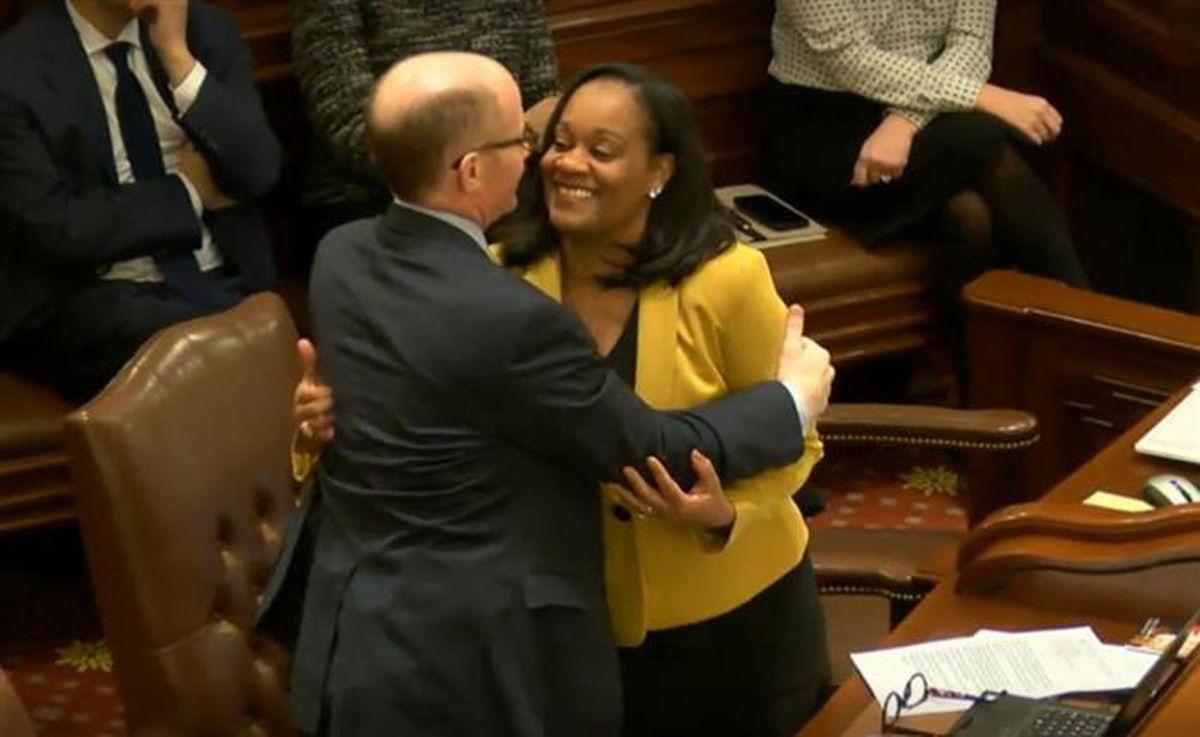 Senators Don Harmon and Kimberly Lightford embrace Sunday on the chamber floor of the Capitol in Springfield moments after Lightford nominated Harmon to be the next Senate president. 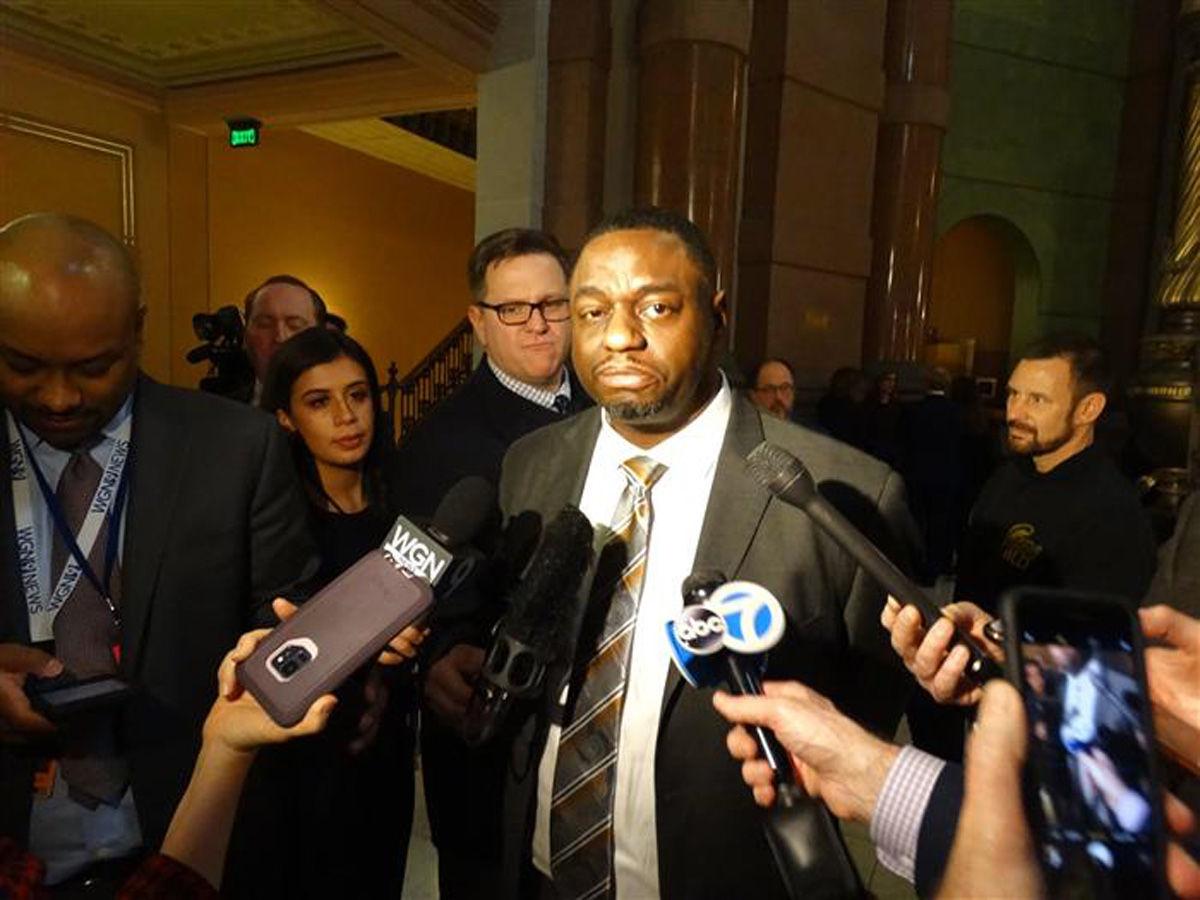 State Sen. Emil Jones III, D-Chicago, speaks to reporters at the Capitol on Sunday in Springfield during a break in Democratic Party negotiations to nominate a candidate for Senate president. Jones said that while he believed it was time for a woman to lead the chamber, he voted in support of Sen. Don Harmon because Senate Majority Leader Kimberly Lightford, D-Maywood, didn’t have enough support to gain the nomination. Harmon was later elected the 39th Senate president in Illinois history.