This story was produced by the Better Government Association, a nonprofit news organization based in Chicago.

The presidential election will be the marquee race on the ballot this November, but in Illinois the most expensive and noisy campaign likely will center on the battle to overhaul the state income tax and require the rich to pay more every year.

By this fall, following what promises to be months of fallout from the coronavirus outbreak, deciding whether to change the Illinois Constitution to replace the current flat-rate income tax with a graduated levy might not seem like the highest priority.

One business group on Thursday even tried to use the pandemic as a reason to pull the measure from the ballot. Whether that effort proves successful or not remains to be seen, but in the meantime, the issue is expected to result in relentless TV ads, political spin and distortions that hit all of the incendiary themes that have dominated political discourse for years — greed, corruption and incompetence; taxes driving businesses and residents out of the state; the rich not paying their fair share.

The stakes are high.

Democratic Gov. J.B. Pritzker, who stressed the need for the amendment during both his budget and State of the State addresses, has put a $5 million down payment of his own money into a political action committee promoting it. Pritzker is betting the future of his first-term agenda and possible re-election on passage of the amendment, which he predicts will generate an additional $3.4 billion to $3.6 billion a year in revenue while lowering or maintaining the tax burden for 97 percent of Illinois residents.

Citing $130 billion in unfunded pension liabilities, $8 billion in unpaid bills and the lowest credit rating among the states, Fulks said, “This is something we have to do.”

No, say opponents, who have launched several political committees to fight the amendment, including “Vote No on the Blank Check Amendment.”

“(Voters are) being asked, ‘Hey, trust us,’ but what we’re saying is we have a General Assembly that has just run amok on spending and hasn’t addressed any of the other major problems.”

Heffley declined to say how much opponents will spend to defeat the measure, but questioned the financial clout of Pritzker.

“Obviously Pritzker is a wealthy man who has put money behind his causes in the past, but I’m not even sure he has enough money to convince Illinoisans to trust Springfield politicians,” Heffley said.

Another group, the Illinois Business Alliance, on Thursday called on Pritzker and the Illinois General Assembly to remove the graduated income tax amendment measure from the November ballot, arguing in a press release that the new tax would hit small businesses harder at a time when they can least afford it.

Among states in the nation that tax income, nine — including Illinois — assess a flat rate while 32 do so on a sliding scale. Illinois has had a flat rate structure since 1969. To change that, 60 percent of those voting on the change will need to approve it, or a simple majority of all those who cast ballots in the election.

Either way, it’s no easy lift. And with heavily Democratic Illinois not having had a competitive presidential contest since 1988, experts expect the tax battle to suck up most of the political oxygen.

“I expect this to be incredibly noisy, negative and expensive,” said Chris Mooney, a political scientist at the University of Illinois at Chicago. “The people most affected by this have a lot of money, and in Illinois there are no restrictions on how much you can give.

“And on the other side you’ve got J. B. Pritzker, who has a checkbook the size of the Thompson Center,” Mooney said.

In states such as California, where voters have been empowered to cast decisions on everything from banning plastic bags to recalling the governor, ballot measures are commonplace. But the rules are much different in Illinois.

While Illinois voters think of themselves as grizzled political veterans who have seen it all — governors put in prison, shoe boxes stuffed with cash and unrelenting federal investigations involving local and state elected officials — voters here don’t have a lot of experience deciding important issues via ballot measures.

Illinois law restricts the number of referenda to three in a statewide election. What’s more, most of the time voters are only asked their opinions on matters of public policy — raising the minimum wage, enacting a millionaires’ tax — through advisory ballot measures that have no force of law.

“People in Illinois aren’t used to ballot questions,” said Cynthia Canary, former executive director of the Illinois Campaign for Political Reform. “We’re accustomed to nonbinding issues like, ‘Should bad guys go to jail?’ This is going to be at a whole different level.”

Exceptions are rare. In 1980, voters approved a measure reducing the size of the Illinois House of Representatives, to 117 from 180. Four years ago, Illinois voters approved an arcane constitutional change that guaranteed gas tax revenues were only spent on transportation projects. The total spent by interest groups in that campaign was about $3.8 million, according to an analysis by University of Illinois Springfield professor Kent Redfield, less than Pritzker’s $5 million seed money.

In California, expensive ballot battles are standard warfare. In 2018 alone, more than $364 million was spent on 16 ballot proposal campaigns, according to FollowTheMoney.org, a nonprofit research group that tracks campaign expenditures.

Similar tax proposals asking voters to flip from a flat to a graduated tax have fared poorly. The most recent example in 2018 was in Colorado, where confusion played a key role in voters rejecting a sliding scale that went as high as 8.25 percent for those making more than $500,000, with the new money dedicated to public schools.

Lisa Weil, executive director of Great Education Colorado, the group that led the effort for the tax change, said putting fiscal matters on the ballot is problematic because the inherent “complexity and nuance” attached to tax policy can’t all be explained in the limited space of a ballot proposition.

“It’s relatively easy to sow confusion or cynicism,” Weil said. “It’s easier to get people to say no.”

Despite a decade of polls from the Paul Simon Institute at the University of Illinois Springfield showing roughly two-thirds of the public supports the concept of a graduated tax, and despite the heightened national attention paid to the impact of income inequality, pre-election polls often aren’t predictive.

The problems in Colorado underscore why Pritzker’s $5 million personal check into the pro-graduated income tax camp is only a down payment, the opening bid of dueling campaigns pitting schools, pensions and promises of state financial stability against those who argue the graduated tax will cripple the state.

“One is that taxes will be going up for some and nobody will be getting more stuff because this is money going out the window for stuff already spent, like pensions,” Mooney said. “The other is, ‘How well do you trust the government to take care of your money?’”

For instance, in January former state Sen. Martin Sandoval pleaded guilty in federal court to one count of bribery and agreed to cooperate in an evolving widespread probe of public corruption. While the tax proposal is about Illinois’ financial future, the history of political corruption is an obstacle.

“I’d be blind if I said it wasn’t a hurdle,” Fulks said. “It’s something we’re going to have to deal with and combat.”

And the tool to fight — on both sides— will be money, and a lot of it.

“A certain amount of public education is obviously going to be necessary,” Canary said. “But are people listening to the best argument or are they listening to those making the most noise because they have the most money behind them?”

Democratic Gov. J.B. Pritzker is on a pace to set a modern-day record for issuing the most executive orders by an Illinois governor.

SPRINGFIELD – The Illinois National Guard is assisting the state’s COVID-19 response by setting up testing centers and other civil action, not…

The Illinois Attorney General’s office has been working with a reduced and mostly remote staff the last 10 days, but it continues to warn against COVID-19-related price gouging, scams and utility shut-offs.

Republican lawmakers are calling to abolish the state’s FOID card requirement — or at least to install fixes to expedite the Illinois State Police’s handling of a backlog of applications that is leaving gun owners in state of uncertainty.

Lawmaking remains on hold in Illinois amid the COVID-19 pandemic as the state’s Senate and House each canceled next week’s scheduled session Wednesday. 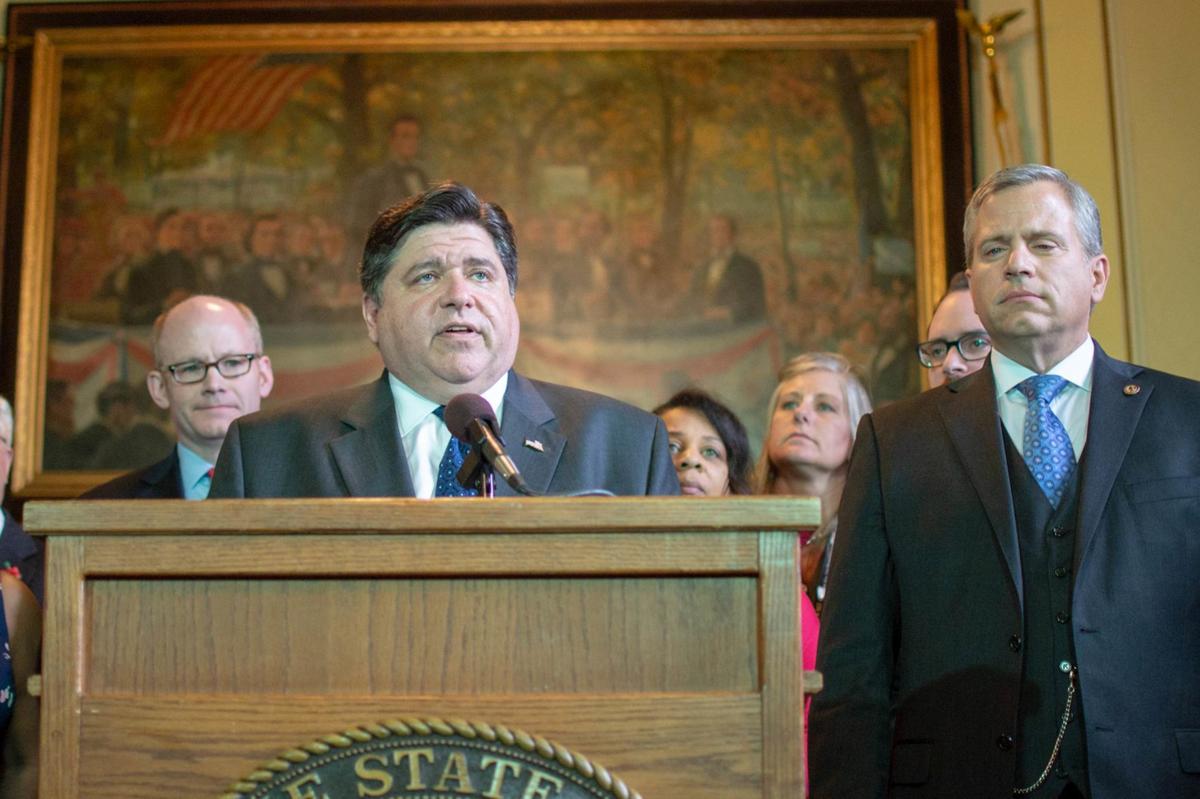 Gov. J.B. Pritzker speaks during a news conference May 28, 2019, in the governor’s office in Springfield following the House passage of a joint resolution that will put a graduated income tax amendment on the 2020 general election ballot. 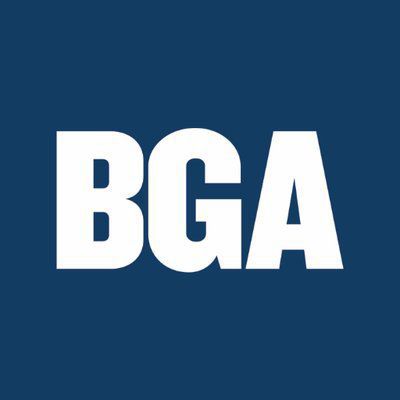