Voters chose judicial candidates in the First and 20th Judicial Circuits on Tuesday.

“I would like to say thank you to the voters of Williamson County. I am proud that Phillip Palmer and I ran a positive campaign,” Lawler said.

He thanked his wife, Kate, and family, along with Justin Maze and those who helped with his campaign.

“In talking to folks over last several months, Williamson County citizens are excited about younger candidates who want to change the judicial system to improve access to programs,” Lawler said.

As resident judge, he plans to improve access to programs like veterans court, mental health court and drug court.

Lawler is a 2010 graduate of Southern Illinois University School of Law. As a student, he clerked with John Womick and Williamson County State’s Attorney Charles Garnati. He has served as an assistant state’s attorney before founding Lawler Brown Law Firm.

“I give glory to the good Lord. I was honored to have opportunity to run this campaign. It looks like Mr. Lawler is going to take this one,” Palmer said.

Palmer also thanked his opponent and said the campaign was a good experience.

“We set out to run a positive, clean campaign. We didn’t see what we wanted to see, but I’m proud of the campaign and the work we did,” Palmer said.

Lawler will face Republican Stephen R. Green of Marion in November. Green is an attorney practicing with Armstrong and Green in general law practice and serves as Marion city attorney.

Judge Christy W. Solverson easily defeated Brian Roberts with 73 percent of the votes cast to run as the Democratic candidate for the seat of resident judge of the 20th Judicial Circuit held by William G. Schwartz.

Solverson called the experience of knocking on doors, going to events, and meeting people wonderful. She was introduced to people and organizations she did not know before the campaign.

“It really is an honor to serve as judge in Jackson County. I really, truly mean that. People know the importance of the local judiciary having someone with experience who deeply does care about the process,” Solverson said.

Solverson, of Carbondale, is a graduate of SIUC and the SIU School of law. She was appointed associate judge in Jackson County in 2005 and is a member of Judicial College Board of Trustees and the board of Southern Illinois Women for Health and Wellness. Before taking the bench, she was a trial lawyer in the first, 20th and second circuits, and fifth District Appellate Court. She has tried jury trials before Illinois Supreme Court twice.

“I am very grateful for all the support I did have and for people who got out and worked on my campaign. Despite the results, it has been a wonderful experience for me. I think I’ve made some friends for life,” Roberts said.

One of the things he will take from his experience in this campaign is how willing people were to help.

“It amazes me that people I had not met five months ago would spend their Saturdays campaigning for me. I got to meet a lot of wonderful people of Jackson County. I wouldn’t trade that experience for anything,” Roberts said.

Solverson will face Republican Steven M.J. Bost, of Murphysboro, in November. Bost is an attorney with Miller and Bost, Attorneys at Law, in Murphysboro, serves on the Jackson County Board and is a major in the U.S. Marine Corps Reserve.

In the 20th Judicial Circuit, which includes Monroe, Perry, Randolph, St. Clair and Washington counties, Katherine Ruocco, of Swansea, defeated Marshall B. Hilmes, of Marissa, to be the Republican candidate for the at-large seat of Jan V. Fiss. Ruocco took 60 percent of the votes cast.

Ruocco is licensed to practice in Illinois and Missouri and has spent 15 years in private practice. She is a graduate University of Missouri-St. Louis, Lindenwood University and Saint Louis University School of Law.

Here are the winners and losers in Tuesday's Illinois primary election 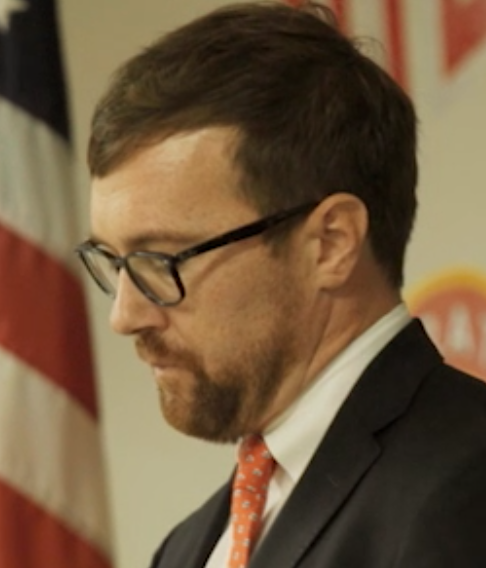 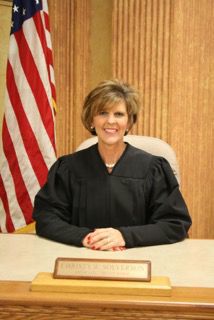