SPRINGFIELD — House Speaker Michael Madigan said Thursday he will not initiate a House-led inquiry into a recently unearthed 2012 email written by a state government insider that alluded to a possible cover-up of a “rape in Champaign” and other criminal activity.

The email was uncovered in an open records request by the WBEZ-FM radio station in Chicago. The email was sent by Michael McClain — a former lobbyist for the public utility Commonwealth Edison and a close Madigan confidant — to two high-ranking members of then-Gov. Pat Quinn’s staff seeking leniency for a state employee facing disciplinary action.

“He has kept his mouth shut on Jones’ ghost workers, the rape in Champaign and other items. He is loyal to the administration,” McClain said of the employee in the email obtained by WBEZ, which was unable to uncover any other information regarding the allegations.

“It is a relatively routine practice for standing or special committees of the Illinois House to be convened to dig deep into allegations of misconduct related to state governance, so I respectfully request the State Government Administration Committee … be immediately convened to investigate the allegations from the WBEZ report,” Durkin wrote in the letter.

Madigan denied the request in a response letter.

“I spoke with the governor and he confirmed the matter was referred to the appropriate authorities,” Madigan wrote. “Recognizing the sensitivity of the matter for any potential survivors, any investigation should be handled by the appropriate investigative entities without interference by the General Assembly.”

In response, Durkin said the House Republican caucus will “continue to fight to investigate this disturbing revelation and will do everything we can to restore pride in state government.”

Democratic Gov. J.B. Pritzker said at an unrelated news conference Thursday the matter was forwarded to the Illinois Office of Executive Inspector General for investigation.

“I think all of us want to know, what are they referring to, because I don’t think it’s clear yet what circumstances are being referred to in this email,” he said. “… In order to get the answers, we’ve gotta do an investigation, we’ve gotta figure out what the real facts are … and then we’ve gotta hold those accountable who are responsible for perpetrating either the crime, the cover-up or the threats that are associated in that email.”

While Pritzker said he hadn’t talked to former Democratic Gov. Quinn or Madigan as of Thursday morning, the speaker’s Thursday afternoon letter referred to a conversation with the governor that occurred later in the day.

When asked if Madigan should resign, at least as Illinois Democratic Party chairman, Pritzker did not directly answer but again pointed to the lack of facts and the ongoing investigation. He said his office has no further evidence regarding the emails than what was released publicly.

Aside from the letter to Durkin, Madigan’s office released only a three-sentence statement on the matter Wednesday. It said, “These are extremely serious and troubling allegations. I had no knowledge of the incident referenced in the story and only learned of this today. I encourage those with any information to come forward.”

On Twitter, state Rep. Kelly Cassidy, a Chicago Democrat who has challenged Madigan on the culture his administration has created in Springfield, was critical of the speaker’s statement.

“It should come as no surprise that (Madigan) didn’t know. Every single thing that’s been revealed has gotten the same response. Not knowing is foundational and fundamental to the entire design of the organization,” she wrote.

In a phone call Thursday, Cassidy said anyone calling for resignations or political moves in response to the email should “take a breath and be mindful of the fact that we're talking about an act of violence against a human.”

“As we talk about this, the more we talk about everything else around it, the more we dehumanize that person,” she said. “And so, first and foremost, what I want to see happen is the appropriate authority take on the effort to determine if in fact this happened, if this person wants justice, and separately, look at these questions of cover-up.

“You know, whether or not there is a sexual assault to be prosecuted, what we do have in these emails are three very powerful men appearing to be complicit in the cover-up of some pretty serious crimes.”

Cassidy said she wasn’t sure which investigative authority should take the lead on the matter, but finding the right answer to that question should be a top priority.

She said she was disappointed in the reported response of a local Champaign authority, where the cover-up was alleged to have taken place. The News-Gazette in Champaign reported Thursday that Champaign County State’s Attorney Julia Rietz would not be launching an investigation into the case.

“Certainly, if a victim comes forward to local law enforcement to report a crime, we will absolutely be willing and interested in addressing it,” she told the newspaper. “At this point, we have absolutely no information about who, what, where or when anything happened.”

Rep. Stephanie Kifowit, an Oswego Democrat who chairs the House State Government Administration Committee Durkin said should investigate the matter, said she agreed that a committee investigation could interfere with other investigations.

She said she spoke with Rietz on Thursday afternoon, hours after the News-Gazette article was published, and was assured the state’s attorney would do “due diligence” on the matter, “which includes going back to 2012, and seeing if there were any reported rapes or any situation such as that.”

“She has to work with local law enforcement to chart a path going forward,” Kifowit said.

Rietz’s office said her team was in a staff meeting late Thursday afternoon and unable to take a phone call to verify details of the call with Kifowit. A voicemail from Capitol News Illinois was not returned as of 5 p.m. Thursday.

“You are the lead law enforcement officer in the state of Illinois, and I believe the people of Illinois, the victim, and the seriousness of this issue demands that your agency conduct a full and thorough investigation. Illinois residents deserve to know that justice will prevail no matter how connected or powerful the wrongdoers,” he said in the letter.

Emails to a Madigan spokesperson were not returned Wednesday or Thursday.

The U.S. Bureau of Economic Analysis, which tracks state-by-state economic trends, said overall, the state’s economy grew at a modest annualized rate of 1.4 percent, well below the national rate of 2.1 percent.

Agriculture Director John Sullivan resigned last weekend at the request of Gov. J.B. Pritzker for failing to disclose contents of a 2012 email that pointed to the possible cover-up of a “rape in Champaign” and government “ghost workers,” the governor’s office said Monday. 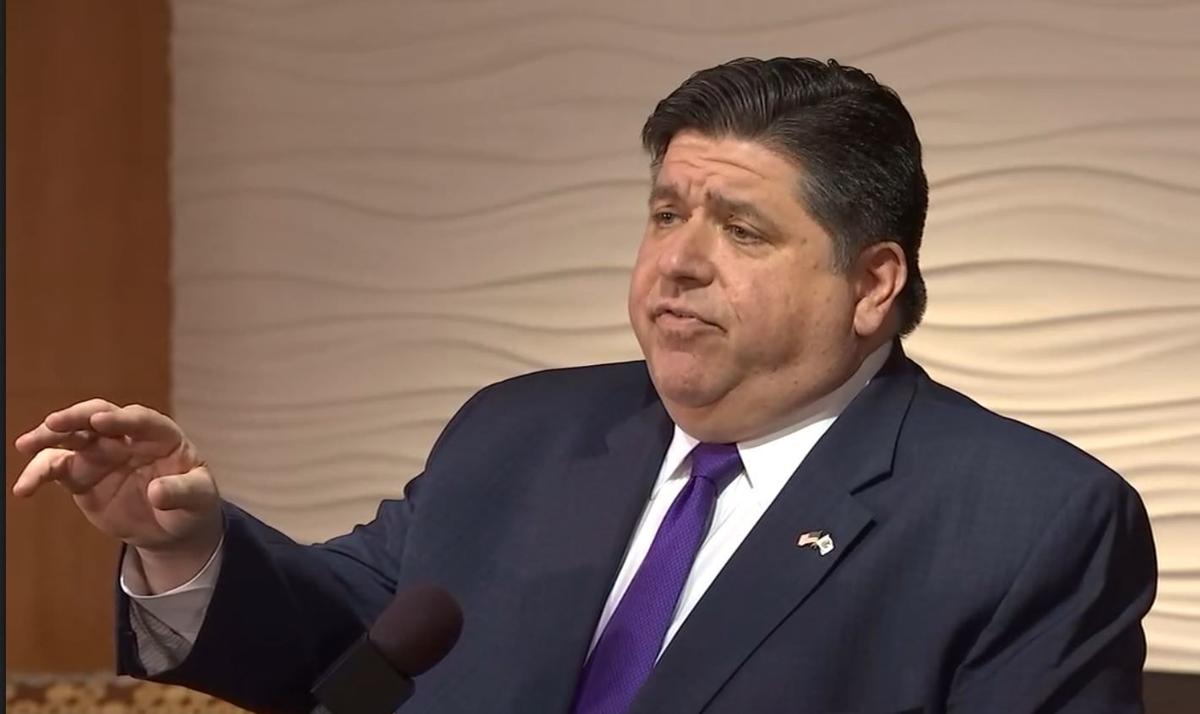