American values — especially the ones “centered on the kitchen table” — are what join them together under the party umbrella, she said in her keynote address at the annual Democratic County Chairs’ Association brunch, which coincided with Governor’s Day at the Illinois State Fair.

Durbin: Neither political party has monopoly on morals

“I’m so thrilled to be here for many reasons — to pay my respects to all of you, to bring a message from our Democrats in the Congress — but also to catch the spark of Illinois, to catch the spark of the heartland of America, where our victory in 2020 will spring from,” Pelosi, a Democrat from California, said before a crowd of more than 2,000 people.

Gov. J.B. Pritzker also fired up the crowd, rattling off a list of major accomplishments achieved during the 2019 legislative session that he said showed the rest of the country “what happens when Democrats get to work.”

Those accomplishments include the passage of a law to raise the minimum wage to $15 hourly by 2025, criminal justice reforms, legalization of adult-use recreational marijuana, a proposed constitutional amendment to allow a graduated income tax, a $45 billion capital infrastructure plan and reproductive health legislation that enshrines access to abortion services as a fundamental right.

“Folks, the days of trying to shame Democrats for fighting for social and economic justice for working families, well those days are over,” Pritzker said. “Right now, there is a battle being waged for the soul of our nation, and in the last eight months, Illinois has found its anthem.”

The call for party unity, however, came against the backdrop of an increasingly visible rift within the Democratic caucus between the liberal and more moderate wings of the party, both nationally and within the Prairie State.

Pelosi, 79, has dealt with that in the U.S. House as a small group of young, liberal freshman women known as “the Squad” have openly criticized some of her management decisions.

It has also been visible within the crowded field of Democratic candidates for the 2020 presidential nomination. Liberal-leaning candidates like Massachusetts Sen. Elizabeth Warren and California Sen. Kamala Harris have openly sparred with the more moderate former Vice President Joe Biden.

Pelosi, however, tried to minimize the importance of that rift.

The legislative accomplishments of the Illinois General Assembly show that “a mainstream agenda can also be a progressive agenda,” she said. “It has been proven in Illinois. Let’s make that happen for the rest of the country.”

State lawmakers were not always on the same page when it came to the major reforms approved by the session’s end on June 2. Negotiations were held to work out key details on legislation allowing recreational marijuana use for adults, expanding gambling and sports betting and bringing support to a measure greatly expanding access to reproductive health care.

State Sen. Toi Hutchinson, D-Olympia Fields, said after the event the most important thing for Democrats going into the 2020 elections will be finding a unifying message and expanding the party’s voter base.

Republicans will get their day in the spotlight Thursday at the State Fair.

U.S. House Minority Whip Steve Scalise, R-Louisiana, will be among the speakers at the Republican Day Rally that begins at noon Thursday on the Director’s Lawn at the fair.

SPRINGFIELD — One of the top Republican leaders in the U.S. House told the Illinois GOP Thursday that the state party can rebound, despite its… 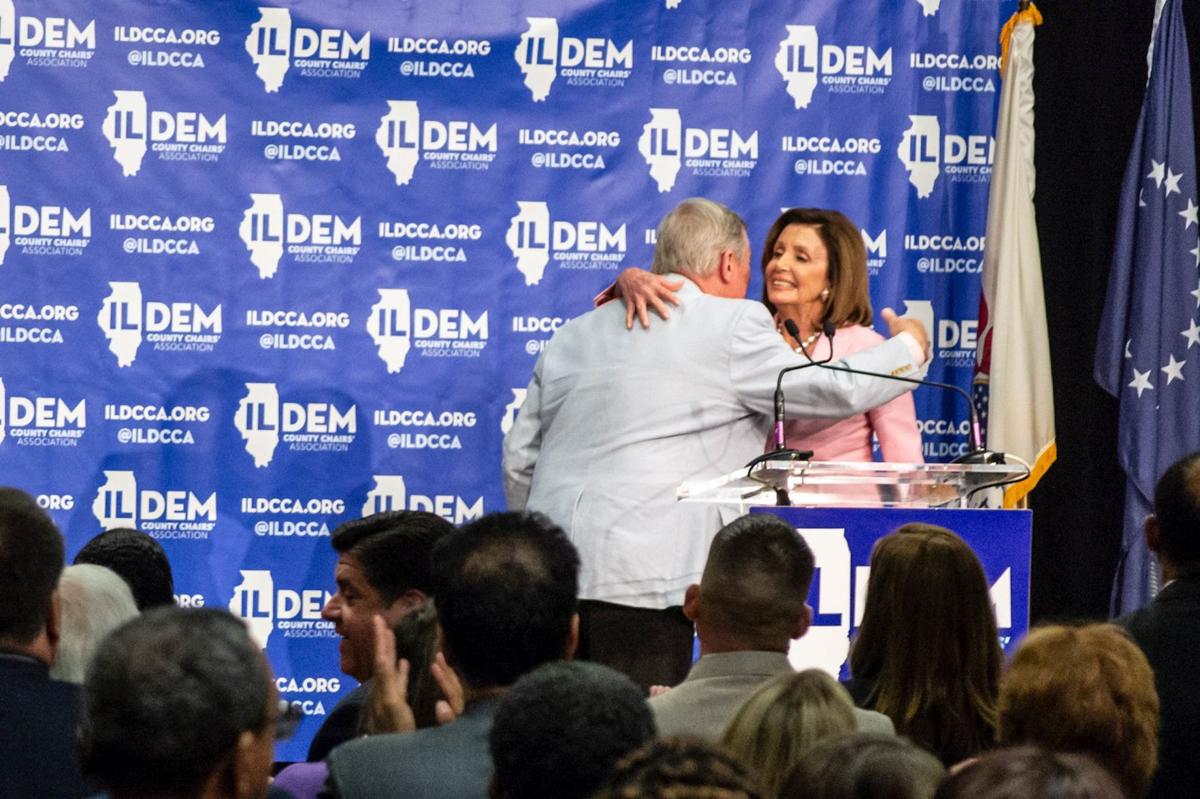 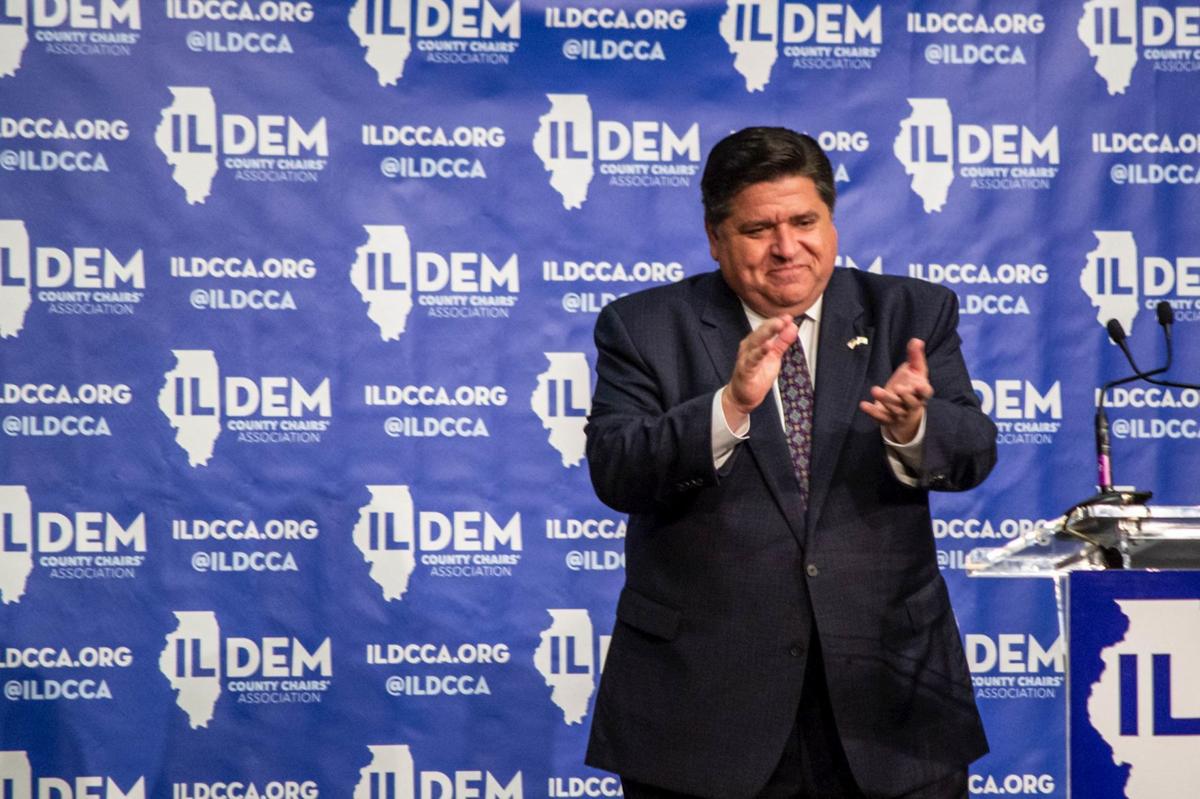 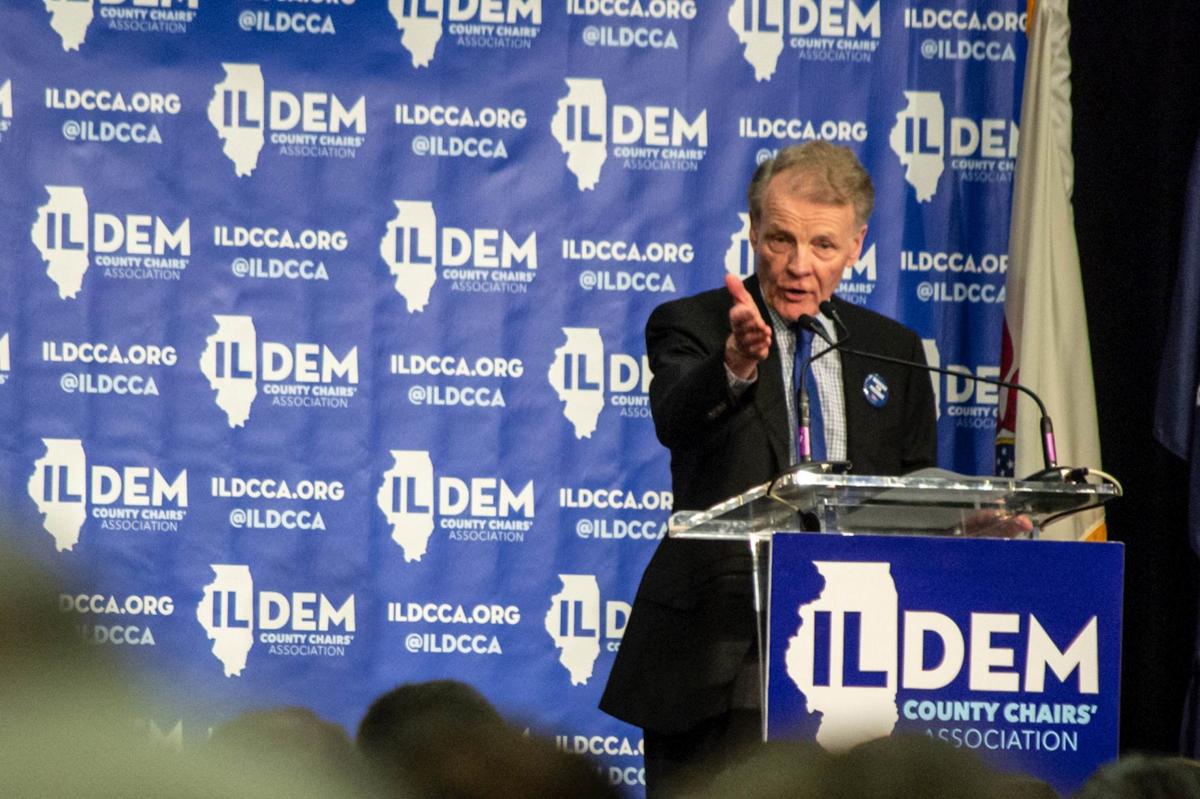