SPRINGFIELD — Gov. J.B. Pritzker said Thursday his administration is developing guidelines for local governments and businesses to follow as the state prepares to enter the next phase of reopening the economy amid the COVID-19 pandemic.

“We have guidance documents that are being prepared, work that’s already being done to make sure that people have enough time to open safely,” Pritzker said during his daily pandemic briefing in his office at the Capitol.

He reiterated that all four regions of the state are on track to enter Phase 3 of the reopening plan on May 29, when offices, barber shops, beauty salons and most retail businesses will be allowed to reopen under capacity limits and social distancing guidelines. People will also be allowed to gather in groups of 10 or fewer people.

Pritzker also announced this week that bars and restaurants also will be allowed to reopen for outdoor service, also under capacity limits, social distancing guidelines and other safety measures. Also, all state parks will reopen, as will indoor and outdoor tennis facilities. And golf courses will allow foursomes on the course, with a limit of one person per cart.

Still, Pritzker faced a number of questions from news media throughout the state Thursday on issues ranging from youth sports activities to worship services.

“I’m certainly working with (the Illinois Department of Public Health) to make sure that summer sports, to the extent we can do it with 10 or fewer people, that we want to make that happen,” he said. “More outdoor activity within the parameters of what epidemiologists are saying, I want. I think it will be difficult to have crowds in a stand watching those games, but I know that there are little league games and other sports during the summer that perhaps could happen … and IDPH is working with folks who run those games to make sure that if you can do it, they’re done safely.”

With regard to worship services and retail businesses, however, Pritzker indicated he is not backing away from the 10-person limit.

“We’re still in a phase where 10 people or fewer is the desired number. That’s what the epidemiologists are recommending and so on,” he said. “Many small stores, that is a number that is maybe less than they normally have in their store, but it’s still a reasonably good number and they can keep track of people who are coming in and out, and people who can’t fit in can certainly socially distance as they wait outside to go in.”

“With regard to churches and mosques and synagogues, I think it’s important for people to get together and worship, but again, we’ve got to follow the same rules. The whole idea here — and this isn’t something that I made up, this is something that the epidemiologists really have emphasized — that until we know whether having larger groups together and what the effect of that is, we need to watch what it’s like when we let everybody get together in groups of 10, even with social distancing.”

IDPH reported Thursday that 2,268 new cases of COVID-19 had been confirmed in the state over the previous 24 hours and that 87 additional people had died of virus-related illness. That brings the total since the pandemic first appeared in Illinois to 102,686 confirmed cases and 4,607 deaths. The disease has been detected in 100 of the state’s 102 counties.

There were 4,107 people hospitalized with COVID-19 symptoms Thursday, including 1,088 in intensive care units, and 609 of those ICU patients were on ventilators. Those are all increases from Wednesday’s numbers.

Since Wednesday, laboratories had processed 29,307 specimens, the highest single-day total yet.

Did you know? These 29 celebrities went to SIU.

The attorney general’s office has moved a state representative’s lawsuit challenging Gov. Pritzker’s use of emergency powers to federal court because it says his case alleges violations of federal rights.

The Illinois House of Representatives advanced a bill Thursday that would greatly expand voting by mail in the November general election, as well as make the day a state holiday this year.

Illinois Senate GOP: Stay in session until we have bipartisan reopening plan 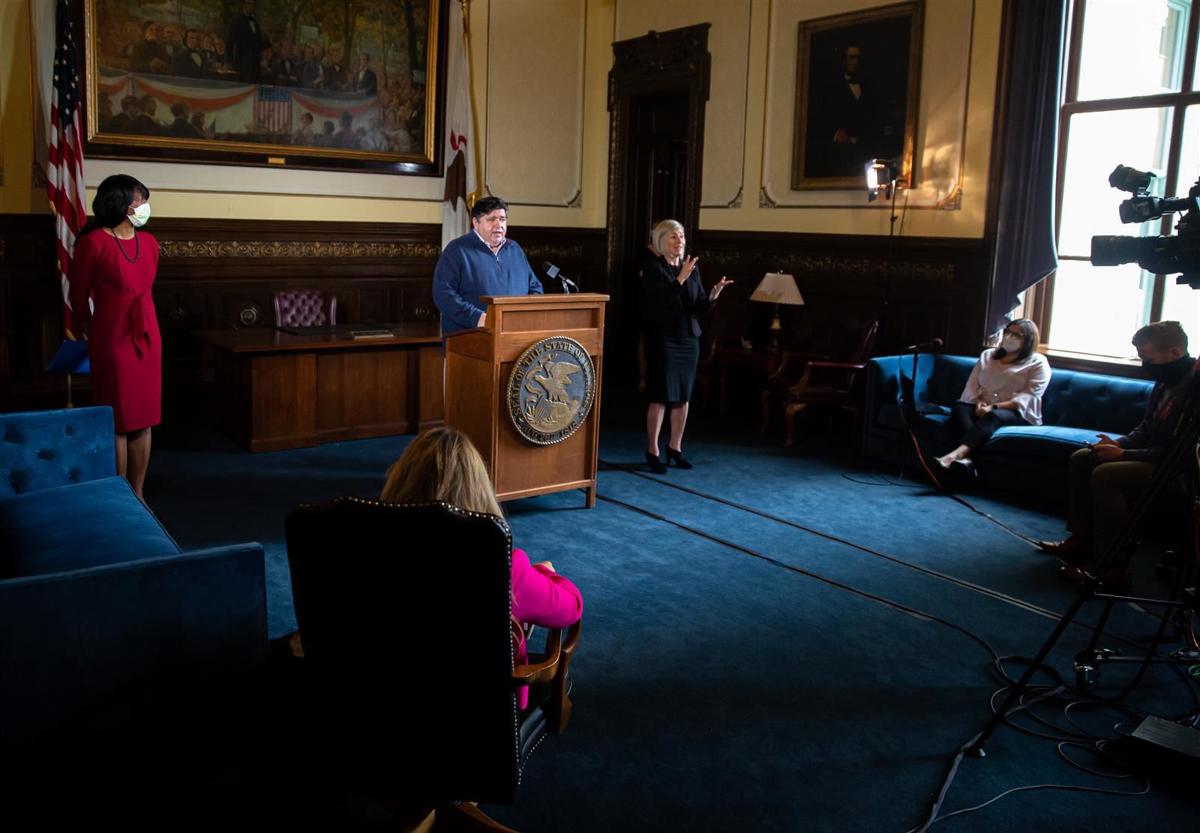 Gov. J.B. Pritzker and Illinois Department of Public Health Director Dr. Ngozi Ezike answer reporters' questions during a daily COVID-19 press briefing in May in the governor's office at the Capitol in Springfield. 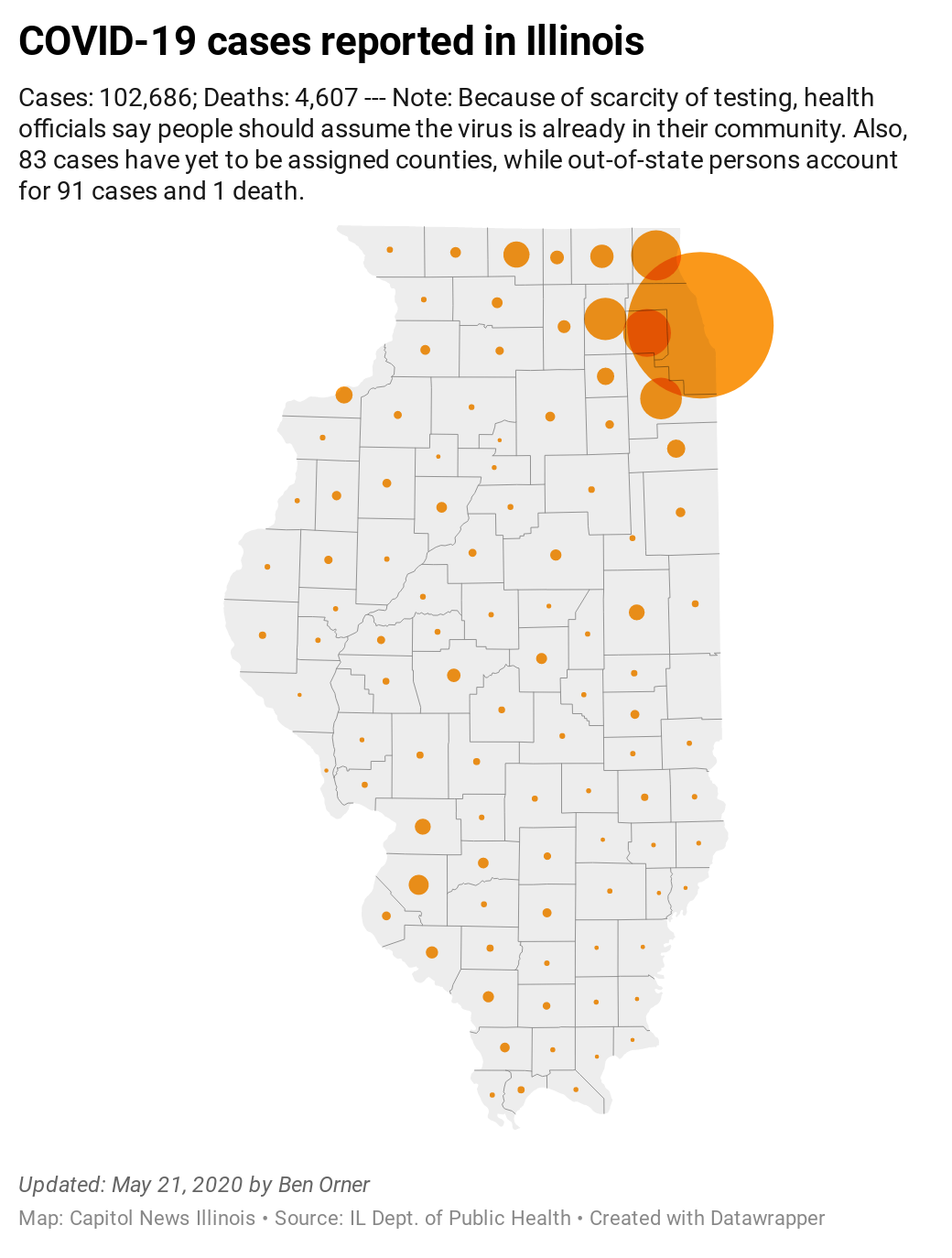 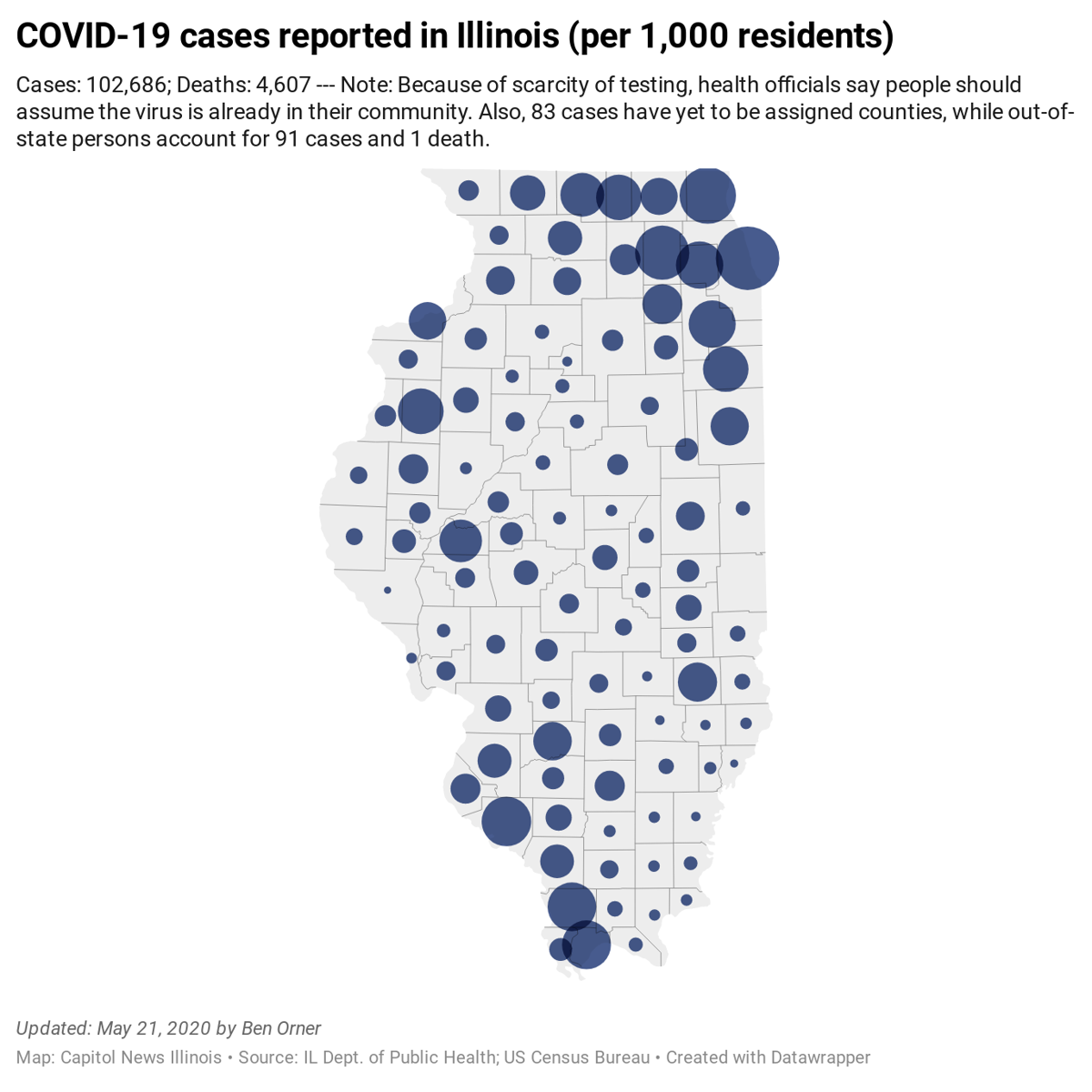 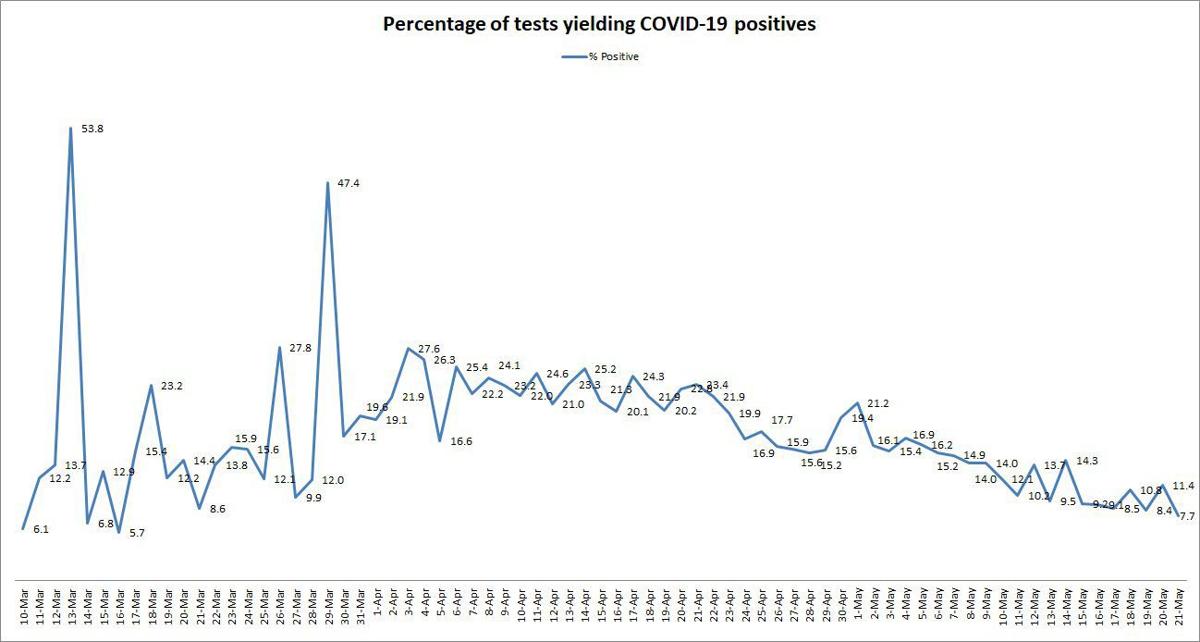 The percentage of COVID-19 tests with positive results daily in Illinois from March 10 to May 21. Data from the Illinois Department of Public Health. 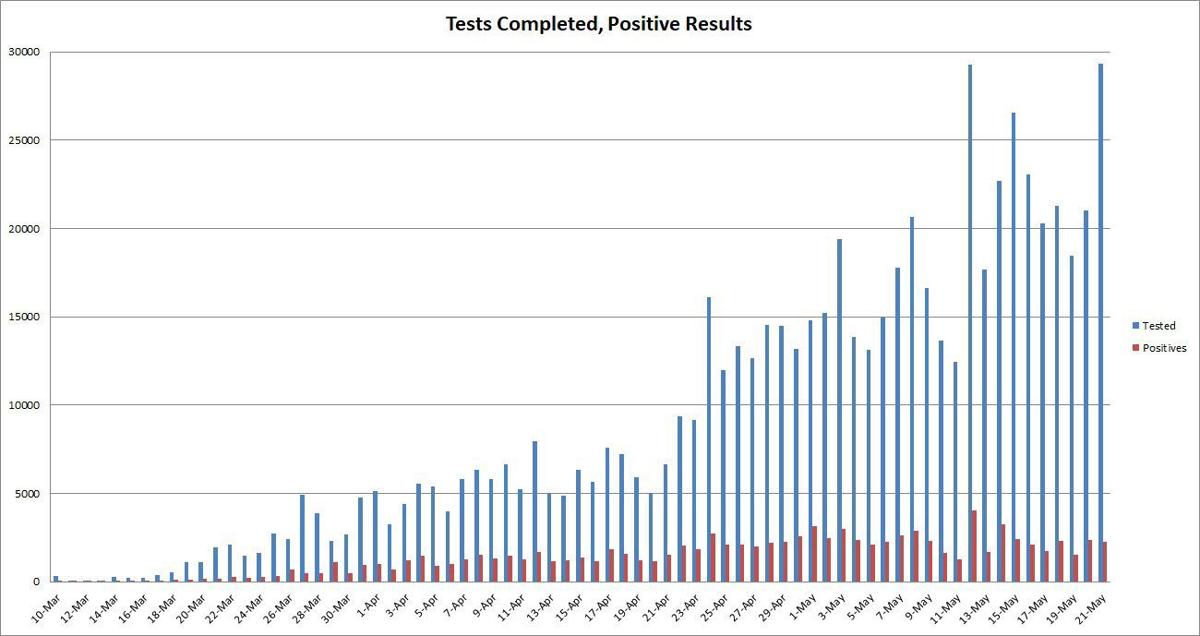 The number of COVID-19 tests and the number of positive results daily in Illinois from March 10 to May 21. Data from the Illinois Department of Public Health.