SPRINGFIELD – Gov. JB Pritzker has ordered a stricter statewide mask mandate covering bars and restaurants in Illinois as the number of COVID-19 cases continues to rise.

Effective Wednesday, Aug. 26, all bar and restaurant patrons will be required to wear face coverings when interacting with wait staff or other employees. Masks will also be required when food or beverages are being brought to the patron’s table, when placing orders and when picking up carry-out orders.

“Illinois has had a mask mandate since May 1 this year, and in most establishments people are adhering to it,” Pritzker said during a COVID-19 briefing in Joliet on Tuesday. “But it’s important that we treat hospitality employees just as you would in any retail store or establishment. This new requirement asks a little bit more of our residents dining out in order to protect their health and safety and that of our front-line hospitality workers.”

Pritzker was in Joliet Tuesday to discuss new restrictions being put in place in Will and Kankakee counties, which make up Region 7 in the state’s COVID-19 response plan. As of Saturday, Aug. 22, that region had seen the positivity rate rise for seven of the past 10 days and four consecutive days of positivity rates at or above 8%.

Region 7 is the second of the state’s 11 regions to have mitigation measures put back in place since the state entered Phase 4 of its reopening plan. Last week saw restrictions being reimposed in Region 4, which includes the Metro East area on the Illinois side of the St. Louis metropolitan area.

Other restrictions in Region 7 that are similar to those in Region 4 include the removal of bar stools from bars to prevent close gatherings. Outdoor dining and bar service will be allowed but limited to table seating. Other mitigation requirements must also be met, such as mandates that patrons remain seated and groups of any size have reservations.

In addition, all bars, restaurants, gaming facilities and casinos must close by 11 p.m. Party buses will be closed and indoor gatherings will be limited to 25 individuals or 25% of a room’s capacity, whichever is less.

“None of these rules are intended to punish or irritate anyone,” Pritzker said. “They are imposed with a sincere desire to keep the people of Will and Kankakee counties safe and healthy.”

According to the Illinois Department of Public Health, as of Saturday, the seven-day rolling average positivity rate in Region 7 was 8.4%. In Region 4, it was 9.8%.

But the new Region 7 rules infuriated Republican state Sens. Sue Rezin and John Curran, whose districts include portions of Will and Kankakee counties. They accused the governor of caving to pressure from Democrats by allowing looser restrictions in Metro East.

“Why the double standard? Because Democrat elected officials from that region pressured the Governor to change this stance,” the two senators said in a joint statement. “Backroom political deals should not be how public health decisions are made. The same rules should apply to all regions, and they should be based on science, not politics.”

During his briefing Tuesday, Pritzker conceded that it was “a mistake” not to impose stricter measures in the Metro East region, saying, “I will readily admit that that was not a good idea, and it appears now that we want to put those mitigations in place exactly as we had originally intended.”

Pritzker said that the Metro East area is on a trajectory to have stricter mitigation measures put in place when the initial 14-day period expires on Sept. 2. According to a report in the Belleville News-Democrat, however, the administration had initially sought to impose those restrictions immediately, but backed off of that idea amid pressure from Democratic lawmakers and local officials from that area.

IDPH reported Tuesday that 1,680 new cases of COVID-19 had been confirmed over the previous 24 hours out of 40,859 tests performed. That made for a single-day positivity rate of 4.1% statewide. It also reported 29 additional deaths. The rolling seven-day statewide average positivity rate also stood at 4.1%, decrease of one-tenth of a percent from the day prior.

Those new cases and fatalities bring the statewide totals to 223,470 cases, including 7,917 deaths since the pandemic first struck Illinois.

As of Monday night, 1,549 Illinoisans were hospitalized with COVID-19, including 345 in intensive care units and 135 of those patients on ventilators.

The Marion mall through the years, from grand opening gala to ghost town

The Lettermen perform at the opening gala

Target at the Marion mall

Marion mall under construction in 1990

Dillard's in Marion on opening day

Sears at the Marion mall

Phar-Mor at the Marion mall

Talking bear at the Marion mall

Marion mall through the years

Marion mall through the years

The Illinois Department of Transportation announced Tuesday that local governments and planning commissions may begin applying for up to $2 million in grant funding to improve transportation in their communities.

As of Tuesday, the state is reporting a total of 25 active cases among employees and 60 among inmates at the Chester facility.

On a long night discussing bar issues, the Carbondale City Council voted Tuesday not to impose a bar curfew and the Liquor Commission voted to revoke the liquor license of Austin Noob, who manages Saluki Bar.

Expiration of driver’s licenses extended one year for Illinois seniors

The Illinois Housing Development Authority is now accepting applications for grants to address vacant and abandoned housing throughout the state. 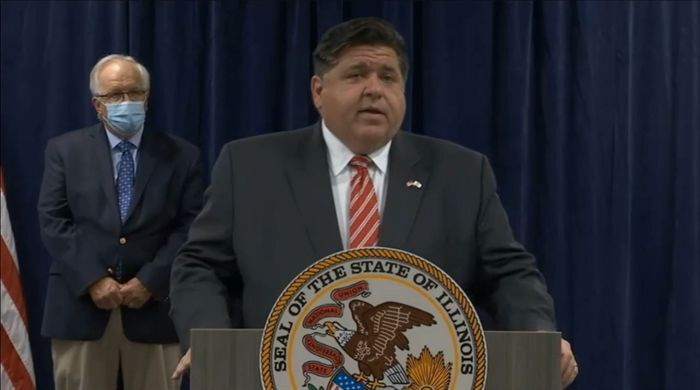 Gov. J.B. Pritzker explains new economic restrictions for Kankakee and Will counties on Tuesday at a news conference at the Will County Health Department in Joliet. Also pictured is area Democratic state Sen. Pat McGuire. 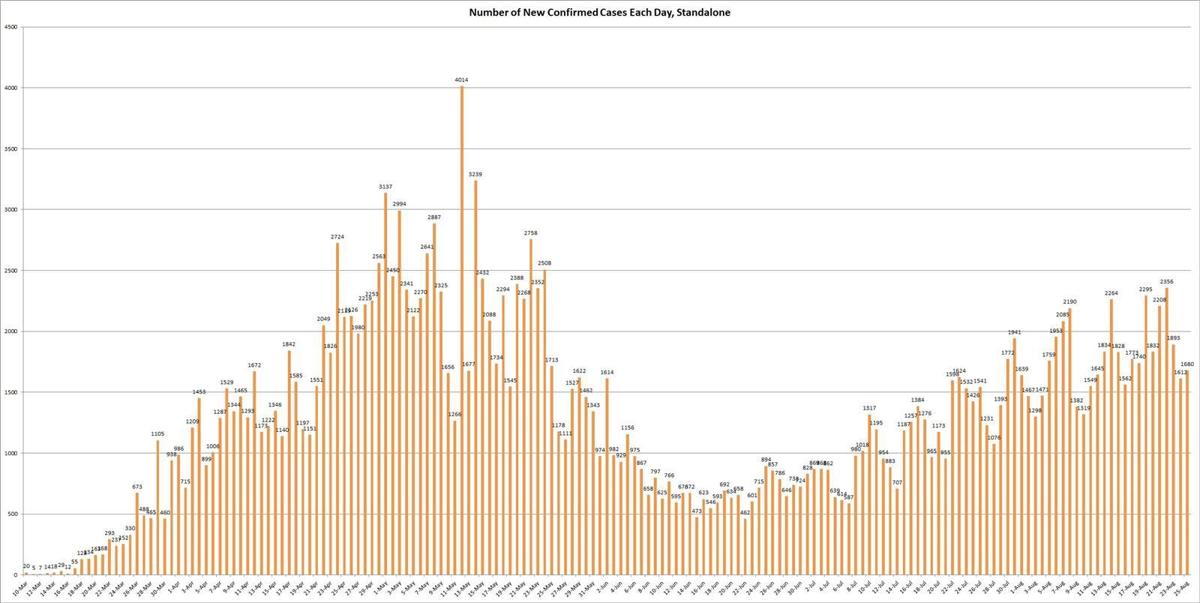 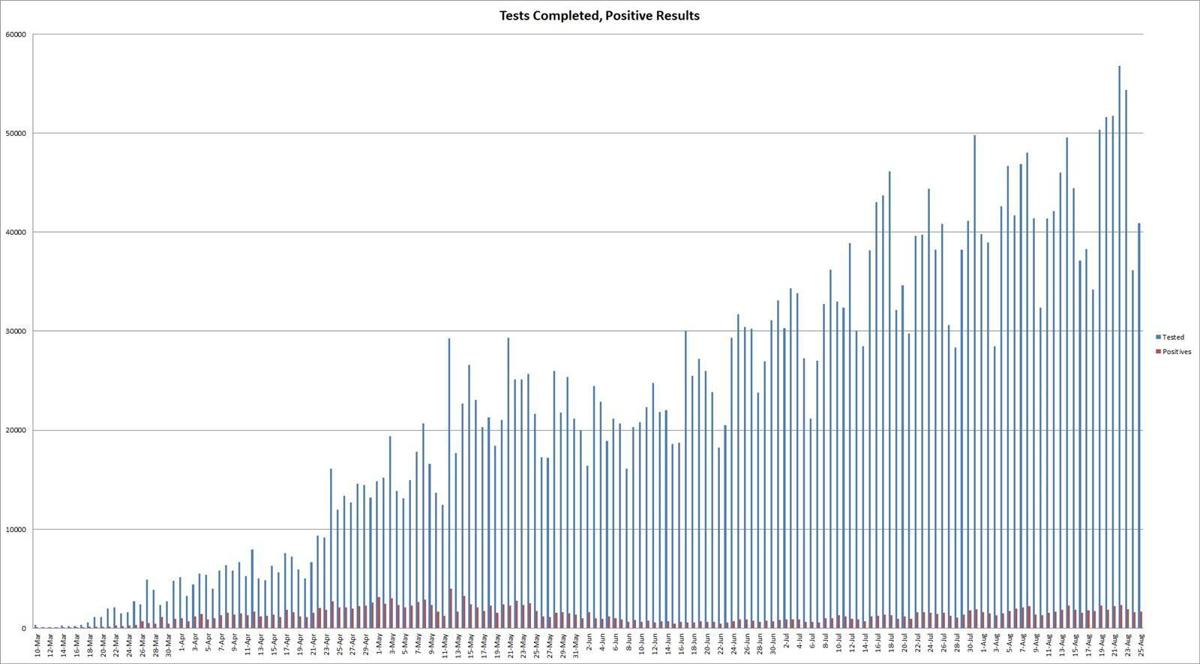