CARBONDALE — It’s their constitutional right. And, as a minority religion, they see it as a vital one. Plus, who’s to say the members of The Satanic Temple aren’t celebrating something in December?

Those are the highlights two leaders from The Satanic Temple-Chicago described as their reasoning for installing a statue in the Illinois Capitol rotunda alongside a Nativity scene and a Menorah. The Satanic Temple’s statue — which shows a young woman’s forearm and hand holding an apple and encircled by a snake, and stands about 4 ½ feet high including a large rectangular base bearing the phrase “Knowledge is the Greatest Gift” — has caused considerable hubbub from the delegation of downstate legislators.

“We wanted to provide an alternative religious perspective that doesn’t often get heard,” Armiger said. The religious majority — Abrahamic faiths including Christianity and Judaism — often dominate the discourse, he said. The members of The Satanic Temple-Chicago — which is the only official chapter of the temple in Illinois, and includes satanists all over the state and in Indiana, Iowa, Michigan and Missouri — wanted equal representation along with other public religious displays.

Sen. Paul Schimpf of Waterloo wrote a letter to Secretary of State Jesse White — who reviews applications for displays in the rotunda — asking him to remove the statue. Rep. Terri Bryant of Murphysboro sponsored House Resolution 1355, which condemns “in the strongest possible terms” White’s decision to allow the statue — alternately called “Snaketivity” and “Knowledge is the Greatest Gift.” Rep. Dave Severin of Benton is the chief co-sponsor of the resolution, and Rep. Natalie Phelps-Finnie is also a co-sponsor.

Sen. Dale Fowler of Harrisburg added his 2 cents Friday with a statement.

“The inclusion of the satanic display among long-standing religious displays in our state’s Capitol was, in my opinion, a disrespectful charade meant to undermine the tradition of religious expression,” Fowler’s statement reads. “While I fully respect and support the rights to celebrate and observe religious holidays, I cannot and will not support a blatantly antagonistic effort to mock the intent behind declarations of faith.”

Manticore said the temple’s statue is not meant as an attack.

“The display is an affirmation of our own beliefs, not an attack on anyone else’s beliefs,” Manticore said. “I think misrepresenting us as attacking or this being a stunt is a misrepresentation of our intentions.”

Armiger said The Satanic Temple is “a non-theistic religious organization determined to halt the dangerous encroachment of theocracy into American government.”

“Just because we are not a theistic religion doesn’t make us not a religion,” Manticore said. “It’s common knowledge that we have no supernatural beliefs,” he said. But, he said, that does not mean they’re not a religious organization. The Satanic Temple follows a set of seven tenets, which include acting with compassion and empathy, respecting the freedom of others, correcting mistakes, and belief in science.

“For us, Satan is a metaphor that represents rebellion against religious tyranny,” Armiger said.

“Our message and mission is one of empathy and benevolence for all humans,” Manticore said. He pointed out that the Chicago chapter of The Satanic Temple has donated Halloween costumes and candy to orphaned children, and donated items to an exotic animal rescue.

“We do a lot of things throughout the year,” Manticore said of his group. “It’s not like we just popped up to decide we want to put this display up. It’s part of our larger community.”

Manticore said one of his group’s core beliefs is the importance of pursuing knowledge.

“For us, this time of year, we want to make sure people celebrate the belief that the pursuit of knowledge is a noble one,” he said.

As for the statue’s timing — which Bryant took particular exception to, saying its placement at Christmastime was “poking a finger in the eye of people of the Jewish and Christian faiths” — Manticore said his group does have things to celebrate this winter season.

“The winter solstice is the catalyst for the other holidays of this wintertime,” Manticore said.

“The secular American tradition of x-mas … is something that is for everyone because it is a national holiday,” he said.

In response to Schimpf’s letter asking White to remove the statue, Armiger said “his position is incorrect on the law — period.”

“Because (the Capitol rotunda) is a public forum, no one can be excluded,” Armiger said.

“If he’s this incorrect on the law, (Southern Illinois University) should consider rescinding his law degree,” Armiger said.

Schimpf said in an interview Friday he didn’t think White was getting good legal advice for his decision to allow the statue.

“There’s also a sign up in the Capitol rotunda saying something along the lines of … there’s no restrictions to what can be said as long as it’s privately funded,” Schimpf said.

“My understanding of the law was that the government can create a forum for public comment, but there can be limitations to it … it really depends on the nature of the displays, where they’re allowing the speech to take place, so I felt like the notice that was in the rotunda was not 100 percent legally correct,” he said.

Schimpf said the purpose of his letter was to ask the Secretary of State to “take a look at the issue again and remove the satanic monument because unlike the other two monuments that were there, it did not celebrate any type of religious holiday. It’s meant to present an opposing viewpoint to the Christian and Jewish displays that are in there … just saying that your display must celebrate a religious holiday, I think that’s viewpoint neutral. I don’t think you’re censoring anybody with that.”

Bryant on Wednesday released a statement announcing her introduction of HR1355, in which she called the statue “disgusting.” The first statement the newspaper released from Bryant’s office, which Bryant later said was sent in error, also contained the statement “Satan and his worshipers are not welcome in the Illinois Capitol.”

Bryant told the newspaper Thursday that she had originally rejected that language when her communications staff presented it to her. She said on Thursday that everyone is welcome in the Capitol.

“If she truly believed we were doing this to provoke a reaction,” Armiger said, “why is she giving us exactly what she believes we want?”

As for the statue itself, it was created by two members of the Chicago chapter of The Satanic Temple, Rosa Posa and Holiday Gerry, who Manticore and Armiger described as Chicago southsiders who are prolific in the city’s art scene. The temple crowdfunded the cost of creating and installing the statue, which was made through a process called lifecasting, meaning the hand and arm were cast from a live model.

While the group has taken some backlash from lawmakers, Manticore said members of The Satanic Temple are traveling to Springfield just to see the statue and take a photo with it.

“We spent a lot of time on this design,” Manticore said. “It’s something we’re really proud of.”

“We’re looking forward to having our display for years to come,” he said.

Neither Severin nor a representative from the Secretary of State’s Office returned calls seeking comment.

Alee Quick is the local news editor for The Southern.

SPRINGFIELD — A group of about 40 Catholics assembled in front of the Capitol on Sunday afternoon, praying a "rosary of reparation" and asking the Illinois Secretary of State's Office to remove a display by the Satanic Temple-Chicago from the Capitol rotunda.

From a nativity scene to a satanic sculpture, the Illinois Statehouse rotunda has become focal point of religious debate.

The next generation of NASA astronauts 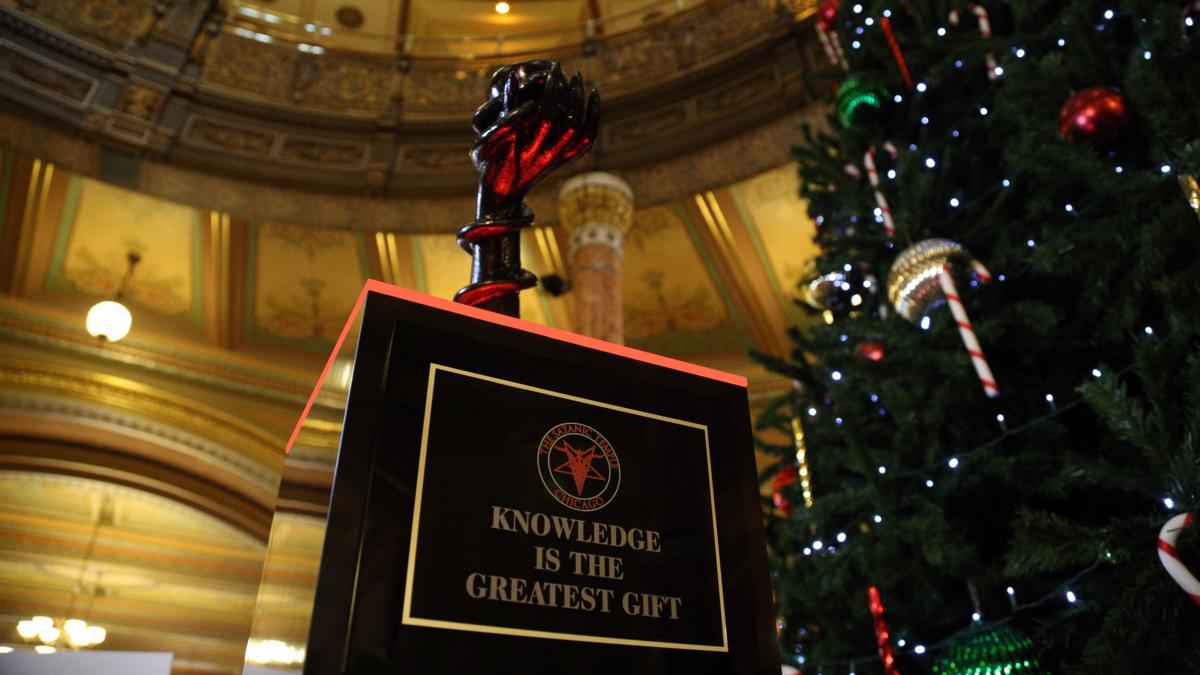 This statue is displayed in the Illinois Capitol rotunda along with decorations celebrating Christmas and Hanukkah. 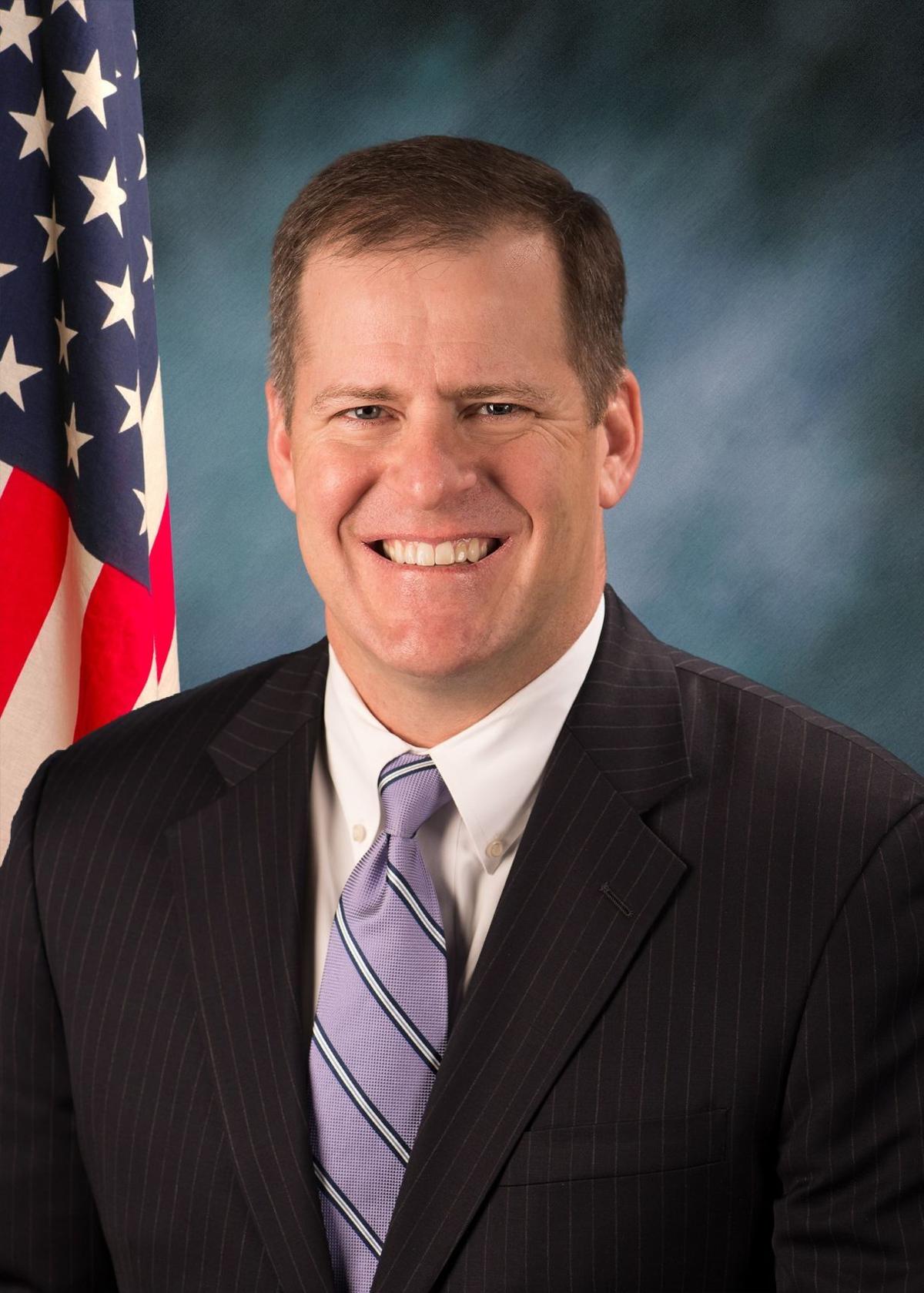 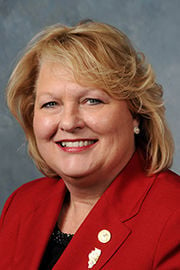