SPRINGFIELD — The state has identified more than 120,000 instances of fraud in its unemployment system since March, about 114,000 of which targeted the federal Pandemic Unemployment Assistance program that has been ripe for exploitation nationwide, according to the FBI.

That program, passed by Congress as part of COVID-19 relief efforts, allows independent contractors and others to apply for unemployment benefits they would otherwise not be entitled to. The program launched in Illinois in May.

Inmate at US Penitentiary in Marion dies from COVID-19; facility has 7th most active cases

Gov. J.B. Pritzker said at a COVID-19 update in Chicago on Wednesday the federal program was “poorly designed,” and fraud calls have exacerbated issues state unemployment systems are already having in processing claims.

“This is a brand new program that the federal government rushed to develop, and then left each state to create its own separate system,” Pritzker said. “As a result, there were massive holes for illegal fraudsters to steal federal dollars from taxpayers across the country.”

He said the state has been asked to cooperate with federal investigators, and noted that anyone that has not applied for unemployment benefits but receives either a debit card or correspondence from the Illinois Department of Employment Security should report it.

“In addition to working with law enforcement, IDES is also taking every action to track down and cut off fraudulent claims, reviewing flagged files to identify commonalities and patterns,” Pritzker said. “The highly experienced money launderers who have perpetrated these crimes use the same payment methods that regular filers do. For that reason, the IDES can't simply cut off common dispersal mechanisms that also serve as lifelines for innocent users.”

Pritzker said IDES has processed more than 2 million total claims in 2020, so the number of fraudulent claims “pales in comparison to the number of Illinoisans in genuine need of assistance.”

Fraud can be reported at IDES.illinois.gov, and those reporting will be called back in the order of submission.

Pritzker made the announcement as unemployment remained at an unprecedented high level in Illinois, where the June unemployment rate was 14.6% due to the pandemic and associated economic turmoil.

Pritzker once again warned that further restrictions on businesses and public activity may be needed if transmission of the virus remains on the upward trend that it has seen in recent weeks.

The state reported another 1,759 new cases of the virus Wednesday among 46,668 test results reported over the previous 24 hours. That made for a one-day positivity rate of 3.8% as the seven-day rolling average positivity rate remained at 3.9%.

If that number in any region is above 8% for three days, or if it increases for seven of 10 days along with a sustained seven-day increase in hospital admissions, the state will put mitigations in place, Pritzker said. Those can include several of the actions seen in previous phases of the reopening plan.

Pritzker took other questions at the news conference and said he does not plan to put in place a state mandate for vaccinations once they are available, although he said they are necessary if the population is ever to achieve herd immunity.

“Herd immunity is something you only really can get with vaccines, and so we want people to get vaccinated if it's an effective vaccine and, you know, and we'll make it available to everyone, especially to those who are vulnerable,” he said.

Pritzker was asked about the potential of another widespread shutdown, but said, “I don’t want to go back there.” The current mitigation plan would include more targeted actions against certain sectors of the economy in specific regions where cases spike.

“But we were successful in the state of Illinois and frankly in a lot of places around the country at bringing down the infection rates,” he said of the initial stay-at-home order.

Still, he said health experts know more about the virus now than they did in the beginning, including information from several studies showing the effectiveness of face coverings in mitigating the spread of the virus.

While Chicago Mayor Lori Lightfoot announced Wednesday the city’s public schools would go to remote learning, Pritzker said his stance was unchanged — Illinois State Board of Education and Illinois Department of Public Health guidance should be followed, but districts need flexibility to decide the best course.

Meanwhile, another 30 COVID-19-positive individuals were reported to have died over the previous 24 hours, bringing the total casualties since the pandemic began to 7,573 among 186,471 confirmed cases.

Hospitalizations for the virus were increasing as well at the end of Tuesday, with 1,552 COVID-19-positive individuals in hospital beds. While those numbers often fluctuate by the hundreds over the course of a week, the number of COVID-19 patients hospitalized is the highest since June 1, when 1,651 beds were in use. The number of beds in use is also 200 more than it was on Friday.

Ventilator usage increased slightly as well, with 129 in use by COVID-19 patients at the end of Tuesday.

Pritzker said the state has “kept warm” facilities that could serve as overflow capacity should hospitals in any region be filled to capacity, although about 38% of hospital beds and 43% of ICU beds were open statewide at the end of Tuesday.

Coming together while we're apart: Southern Illinoisans show support, love from a distance

We're going on a bear hunt

Equity in Illinois higher education: ‘We are failing our African American students.’

The Illinois Board of Higher Education is preparing a strategic plan to make higher education in the state more equitable, which will be released for public scrutiny sometime between late December and early March.

Officials get emotional in pleading with the public to follow social distancing. “By following these guidelines ... we’re going to get through this together and that's what it’s going to take," said Sen. Dale Fowler.

After a Logan County judge ruled Monday that the Illinois Department of Corrections must accept transfers from county jails, the state filed court documents aiming to reverse the temporary order. 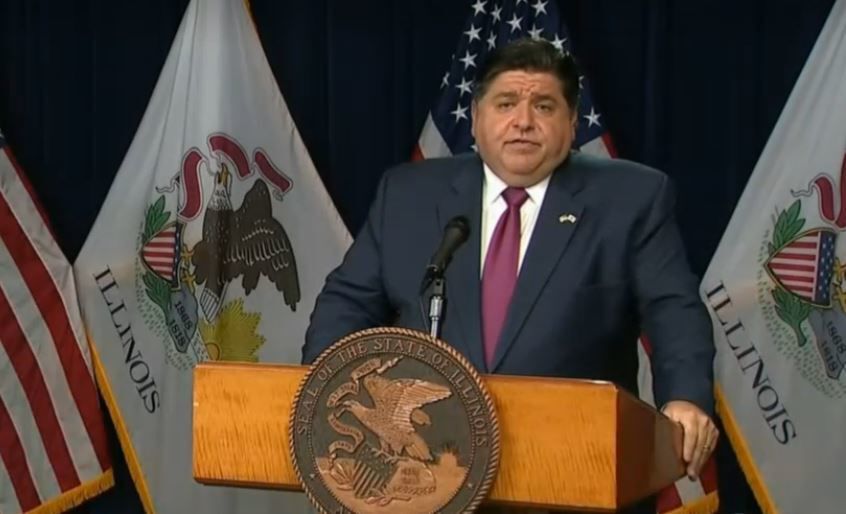 Gov. J.B. Pritzker gives an update on unemployment fraud on Aug. 5 at a news conference in Chicago. 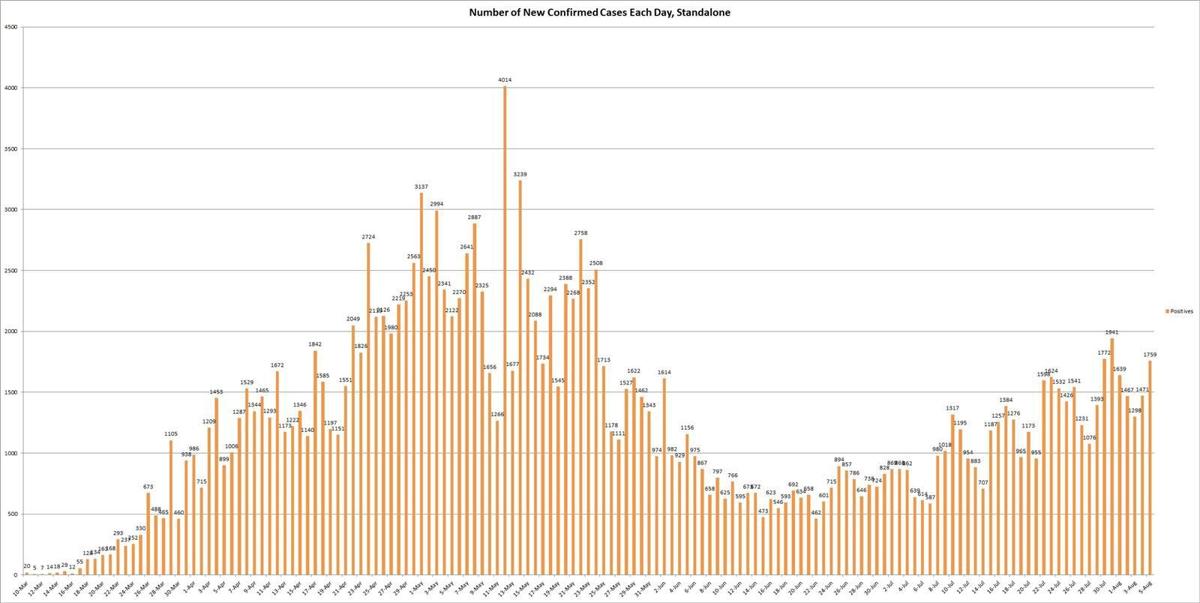 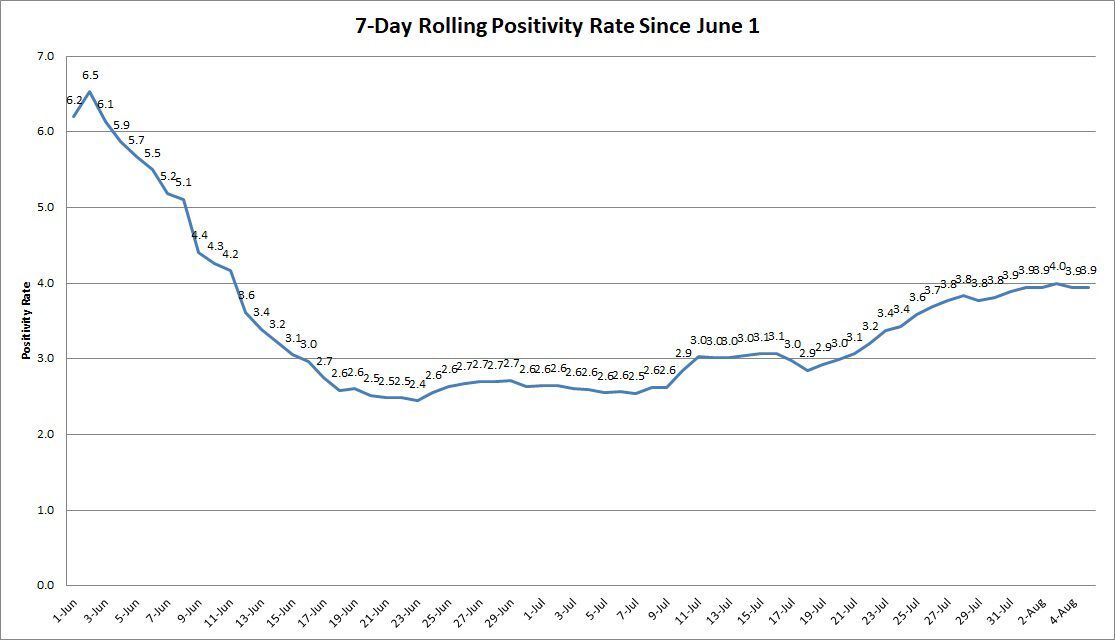 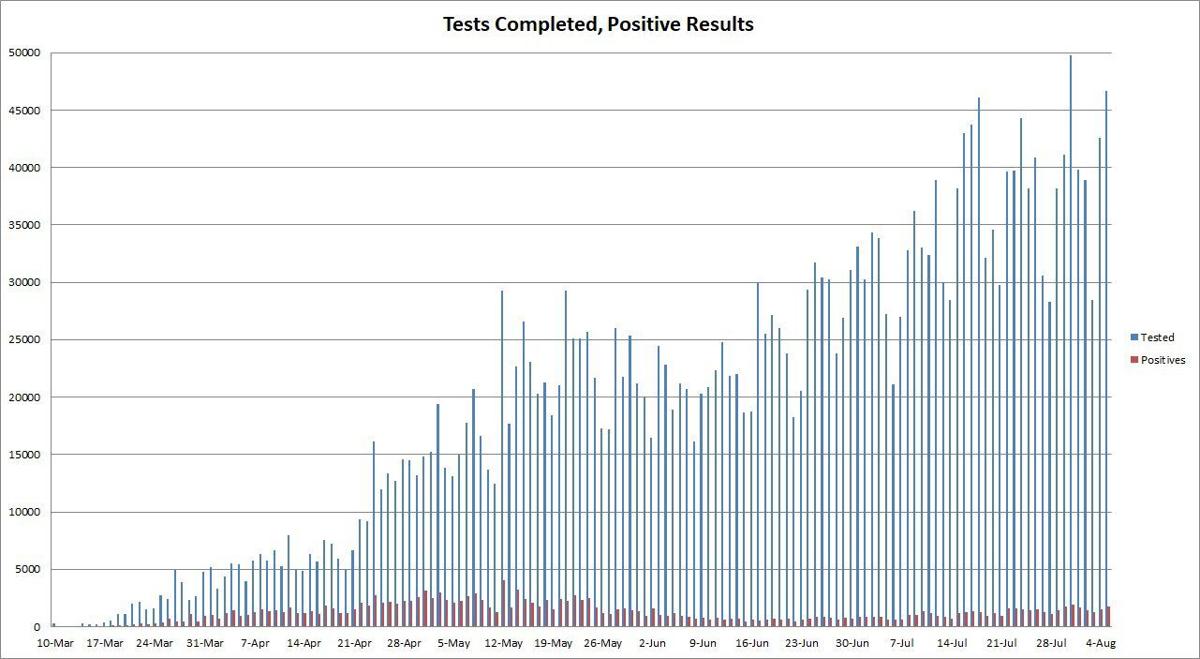