SPRINGFIELD — Gov. J.B. Pritzker signed a law giving voters in one Illinois county an option to more easily dissolve township governments. It is an initiative of two state lawmakers to ease residents’ property taxes by reducing levels of government.

Barrington Hills Representative David McSweeney said it is the first step to providing that choice to voters throughout the state. Consolidation must first work well in McHenry County, the sixth most populous county in Illinois, before the experiment can expand.

“We need to show that it works, but in the future I plan to use this as a way to promote other types of consolidation — we need to look at school districts, park districts, municipalities,” McSweeney, the law’s House sponsor, said. “I am going to continue to focus on this.”

There are more than 8,500 local government units in Illinois, according to the comptroller’s website — 1,428 of those are townships. These are essentially the closest level of government to residents, required to provide general assistance to the poor, administer property assessments and maintain roads.

Citizens already had the ability to dissolve their township, but the new statute cuts in half the threshold for a grassroots petition to get on a ballot. A township board could also propose a proposition. In McHenry County, a township’s operations, property and employees would transfer to the county government if it is dissolved.

The law additionally has a provision that property taxes used to cover services handled by the township would drop by at least 10 percent. Additionally, all money linked to a consolidated township must be used to benefit the geographic area of that eliminated level of government.

“Rising property taxes overburden homeowners across the state, and this administration is committed to exploring all options to provide communities with relief,” Democratic Gov. J.B. Pritzker said in a news release last Friday marking the bill’s signing. “After hearing from local stakeholders on their desire for government consolidation, I am signing HB 348 and look forward to seeing how this bill works for the taxpayers of McHenry County.”

The measure was contentious among local officials. In mid-April, when it successfully passed the House, county leaders expressed frustration McSweeney did not ask them if such an initiative was needed.

“No one actually asked the County Board if we needed something like this. I’m not sure where it came from — we’re all blindsighted by it,” McHenry County Board Member Carolyn Schofield said at the time.

But Jack Franks, County Board chairman and a former state representative, said townships are an antiquated form of government. He was influential in drafting Illinois’ government consolidation laws, and said he thinks McHenry County can be the place to “think outside the box” to cut residents’ property taxes.

It is unclear whether reducing the levels of government will save taxpayers money because an inclusive analysis has never been conducted, said Kurt Thurmaier, chair of the Department of Public Administration at Northern Illinois University.

Republican Rep. Steven Reick, from Woodstock, is the only state legislator whose district falls completely within the boundary of McHenry County. He did not respond to a request for comment on House Bill 348 becoming law, but when the measure passed his chamber he said he did not believe it would achieve the goal outlined by McSweeney.

“I don’t know what David McSweeney’s agenda is, and I don’t care, but I hope he has the strength of character to stand in front of the same people he’s telling now their property taxes are going to go down, and explain why that hasn’t happened and in fact, why they’ve probably gone up,” Reick told Capitol News Illinois in mid-April.

The new statute additionally applies, in small part, to Lake County. Even if the voters in McHenry County opt to leave their townships intact, the law automatically eliminates at least five road districts in Lake County that maintain 15 miles of roads or fewer.

Gov. Pritzker has signed 370 bills from this legislative session, vetoed 3

“This is going to affect a lot of people directly and indirectly. I am personally convinced it will cost my taxpayers more money,” Diane Hewitt, Lake County Board member, said. “My residents don’t care who plows their roads and they don’t care who that road belongs to — they care how deep they have to dig into their pockets and that their roads are plowed.”

County Board Chair Sandy Hart did not respond to a request for comment.

Vernon Hills Democratic Sen. Terry Link, the law’s Senate sponsor, did not respond to a request for comment either. In a news release, he said, “Having a separate layer of government to take care of less than 15 miles of roadway simply doesn’t make any sense. Government consolidation is long overdue, and eliminating wasteful road districts is the perfect place to start.”

SPRINGFIELD — One of the top Republican leaders in the U.S. House told the Illinois GOP Thursday that the state party can rebound, despite its… 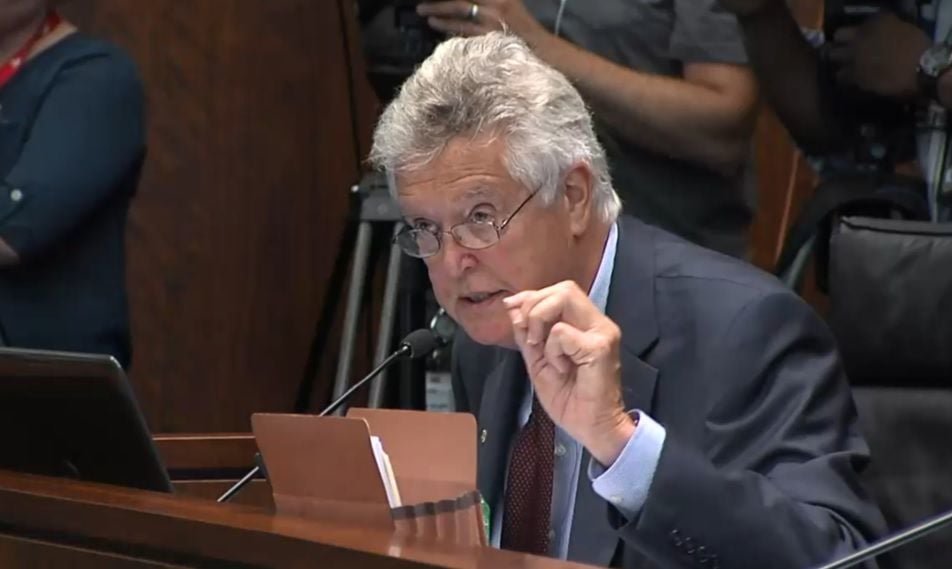 State Rep. Steve Reick, shown here in this file photo, opposed legislation that would give voters the ability to eliminate township governments in McHenry County, which he serves. “I believe in cutting property taxes, but the fact is, this bill does not do that,” Reick, R-Woodstock, said. 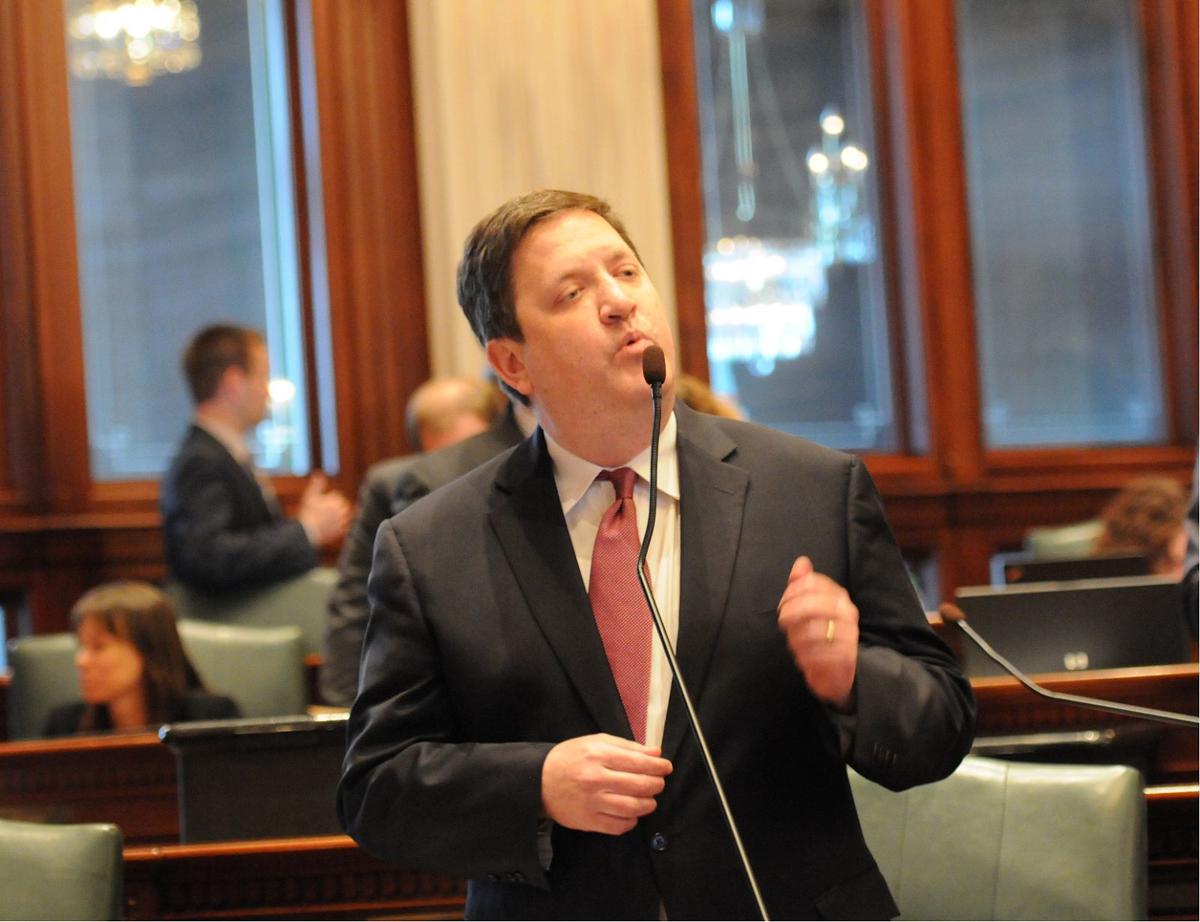 State Rep. David McSweeney, shown here in this file photo, was the House sponsor of a law that gives voters in McHenry County and a small portion of Lake County an option to more easily dissolve township governments. “In the future I plan to use this as a way to promote other types of consolidation,” McSweeney, a Barrington Hills Republican, said.