JONESBORO — It's a small county with a lot of work, and Union County State's Attorney Daniel Klingeman thinks he's the man for the job — but his opponent, Tyler Tripp, says he wants a shot at the job.

Klingeman, a Democrat, came into his role as Union County’s state’s attorney in September 2019 after Tyler Edmonds left the job to become a judge. He’s seen a wild first year as the county’s lead prosecutor, with nearly half of it spent in the throes of a pandemic.

“I don’t think it’s a job you can just step into lightly,” he said of his first year. However, he said he’s seen every side of the job, from traffic tickets to home invasions and Class X felonies, and is ready to continue this work. On top of that, he said he's fallen in love with the county.

Growing up in a military family, Klingeman said he comes from a line of public servants and he wants a full term to serve the people of Union County. He said he sees an influx of drugs and firearm-related crimes on which he feels he could make an impact.

“I really want to have the time and a full term to really crack down on (that) and show people it can be changed,” he said.

Tyler Tripp is the county’s lead public defender, a job he’s held for about three years. Tripp, a Republican and Union County native, said his campaign platform was simple.

“I just want to go to work in my county like I’ve pretty much been doing all my life,” Tripp said. He simply wants to be a service to the people in his community.

Tripp said through his role as public defender and seeing his wife work as a behavioral health care provider, he has a unique insight into problems facing his county. Like Klingeman, he sees drugs as a key factor in this.

“I definitely would go to work in any way I could to stifle that problem,” he said.

Both Tripp and Klingemen saw alternative drug courts as an avenue to help divert nonviolent, low level offenders from the prison system. Klingeman said he has plans to talk to Williamson County, which already has a drug court in place, about beginning this process. Tripp said he, too, would look into this, but would make sure it’s a fit for the county’s needs.

When asked about his plans for the county, Tripp returned to his simple desire to work for the county he has never lived outside of. He said he just wants to work hard the same way he sees others in Union County work.

Klingeman said he and Tripp talk almost daily about cases and have a good working relationship and neither was interested in badmouthing the other.

“There’s no point in not liking each other,” he said.

Watch now: Southern Illinois reflects on Biden inauguration, how to move beyond division

Wednesday’s presidential inauguration was a quiet affair in Southern Illinois, but left many thinking on the future of politics not just at the national level but here at home, too. 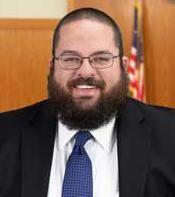 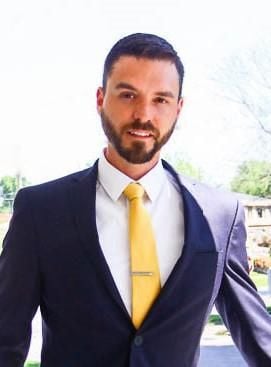