SESSER — In an official statement made on his personal Facebook page, Sesser Mayor Jason Ashmore has apologized announcing his resignation last night.

"I let my emotions get the most of me. I was exhausted & upset which is no excuse," Ashmore wrote in his post. In a statement to The Southern, Ashmore said he was going through a lot of ups and downs election night and was disappointed to see his friends leave office.

In a post made to Facebook Tuesday night, Ashmore said the election did not come out in his office's favor and that he planned to resign from his position. However, his office said he has not formally filed paperwork to step down.

BENTON — The political shakeup felt throughout state politics Tuesday night was not limited to big-ticket races, but was felt all the way down…

Voters react to presidential election with fear and hope 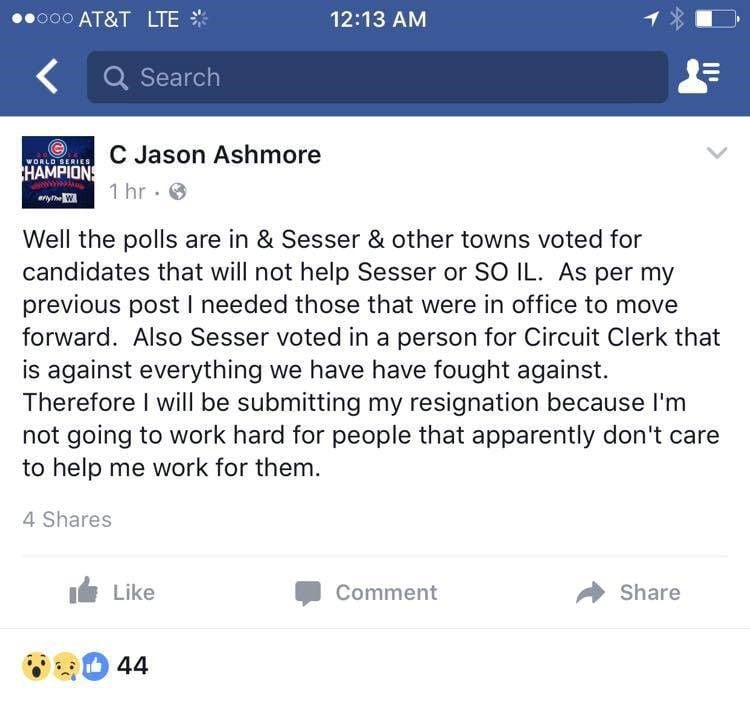 In a post, which was later deleted, Sesser Mayor Jason Ashmore announced he planned to step down. 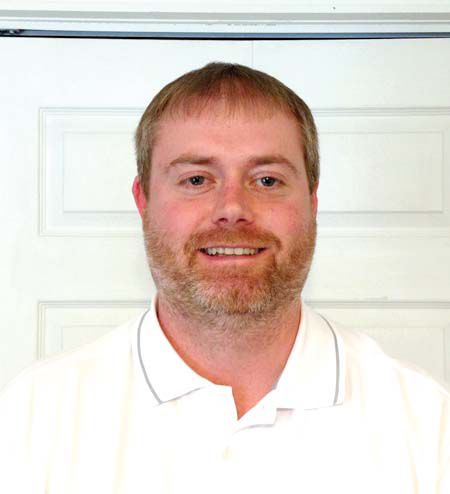