MURPHYSBORO — The Jackson County Housing Authority has partnered with PCs for People to provide hundreds of computers and mobile internet hotspots to its residents.

Alexandra Hamilton is the director of social services for the Jackson County Housing Authority, and worked last year to secure an opportunity to provide residents of the JCHA with much-needed tech access. Hamilton found help through PCs for People, a group that refurbishes recycled business electronics to offer technology to low-income households. Hamilton said in a written statement that she has worked hard to create a “focus-driven Social Services department that is centered on true change and personal growth” for residents.

“One of the main barriers I have been working to remove was the lack of computers in the homes of many of our residents who could significantly benefit from them,” Hamilton said in a message to The Southern.

Hamilton told The Southern she has secured 500 computers in total as well as 75 mobile hotspots with several months of internet service prepaid on them to give away. The computers were secured through local sponsorships. For $20, a sponsor could gift a computer to a JCHA resident. For $15, a sponsor could give a mobile hotspot. Hamilton said the community support for the program was heartening.

Hamilton said 50 of the computers will be used to furnish community spaces at each of the JCHA’s locations throughout the county. The rest will go to residents who were selected from those eligible to receive one from PCs for People — residents must meet income requirements to qualify. They are allowed to keep each item donated.

Not one to commit to things she doesn't yet have, Hamilton said residents will be called to inform them they qualify for a free computer. She didn’t want anyone to be told they got a computer and suddenly have to take back that promise.

“I don’t like to disappoint people,” she said. She also said the JCHA will allow sponsors to connect with the recipient of their donations if they’d like.

The mayors of Carbondale and Murphysboro were present Friday at the Bridgewood Community Center in Murphysboro, when the computers were delivered to the housing authority. Hamilton said everyone was a bit shocked by the more than 10 pallets of computers that had been delivered. When people brought up just how big the donation was, she reminded them of one thing.

“This is only half of them,” she said. She said this really drove the point home that this was going to have a huge potential impact on the community.

Hamilton has only been with the JCHA since September, but said because of good bosses, she has been able to run with passion projects like the computer donation. She said she personally knows how transformative access to technology can be. In her last six months of college, she said, she went through a divorce that caused her to live several months in public housing with her kids. She recalled having no internet and taking her family to a McDonald's parking lot to access Wi-Fi for school.

Aaron Freeman lives in a JCHA complex in Murphysboro and said he’s been taking his first semester as an online student at John A. Logan College. Freeman said he hopes to one day work as a drug awareness counselor. But, he said, without a computer, he’d either have to use Hamilton’s if she was in her office or go to the library or his mother’s house to do schoolwork.

“It was very, very stressful,” he said. He got a computer on Friday. Now, he can work on his classwork on his own time.

“If I can sit at my own kitchen table and work, I’d much rather do that,” he said.

He had no idea he had been selected to receive a free computer until Hamilton knocked on his door Friday.

It was great timing — he said he has assignments he needed to do that day.

Unemployment insurance fraud is growing in Illinois. Here's what you need to know.

The Southeastern Illinois College Board of Trustees voted at its regular meeting last week to eliminate several degrees, inactivate the art program and lay off three staff members.

Two Carmi residents have been identified as the victims of Tuesday's fatal train-truck collision in Pulaski County.

Two people are dead after a truck was struck by a train Tuesday near Ullin.

Carbondale police investigators are seeking a suspect in a Wednesday evening shooting. No one was injured in the incident. 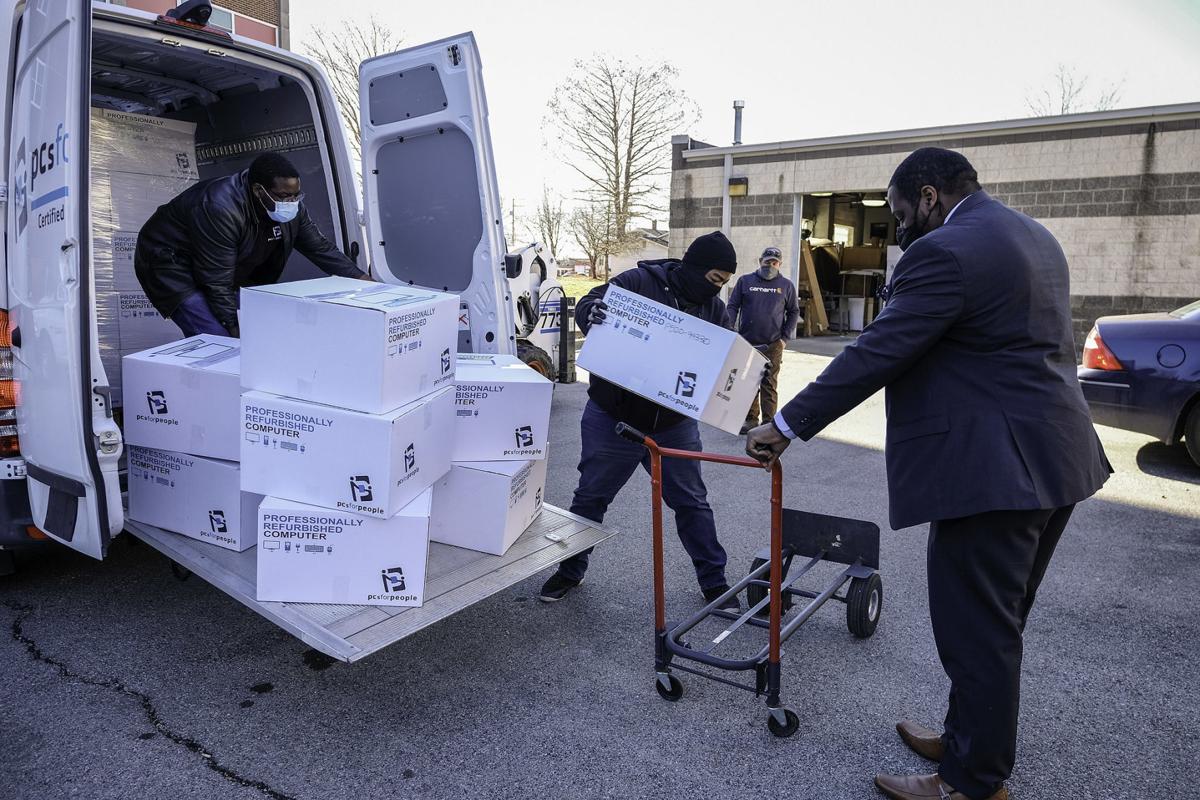 PCs for People Executive Director Jaison McCall (right) looks on as Dorian Clayton (left) and Sidney Houston unload computers at the Jackson County Housing Authority maintenance facility in Murphysboro on Friday. The JCHA Social Services department through PCs for People has acquired 500 personal computers that will be made available to residents. 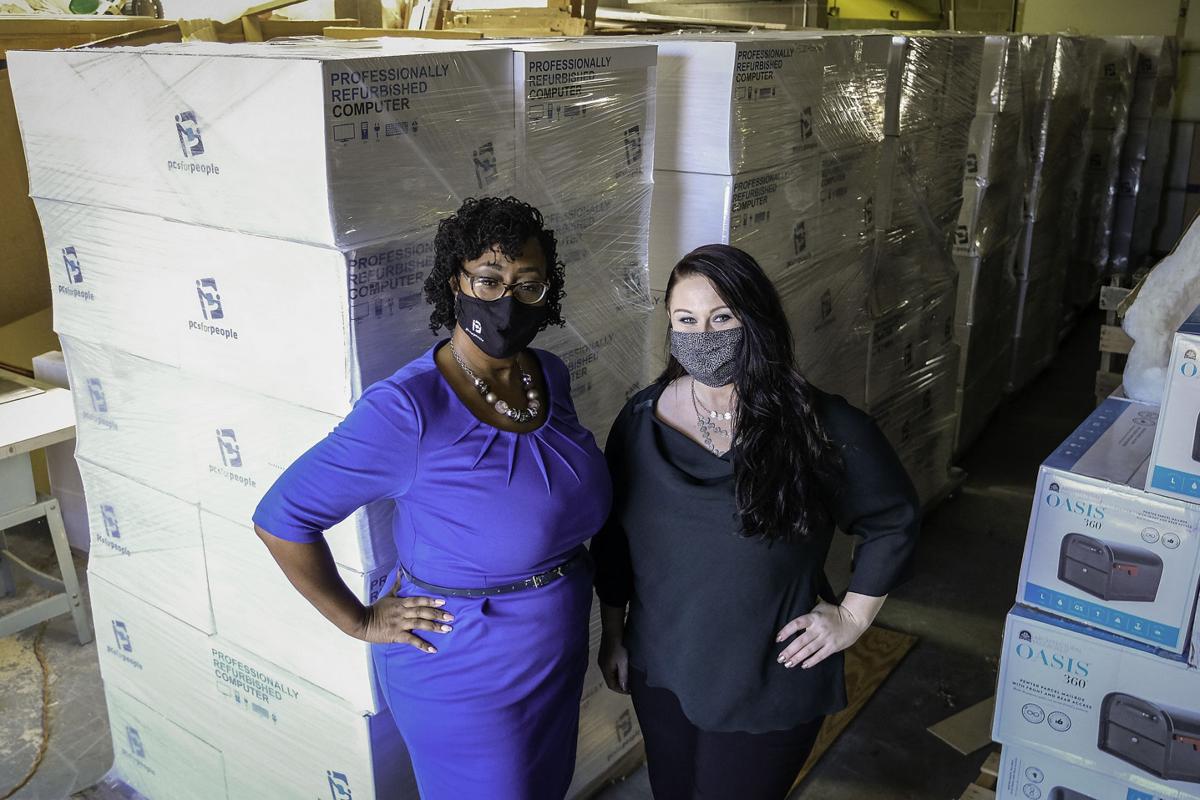 Meloney Jones-White (left), community outreach and fundraising manager for PCs for People, and Alexandra Hamilton, social services director for the Jackson County Housing Authority, pose with some of the 500 personal computers the JCHA has obtained and will make available to residents.