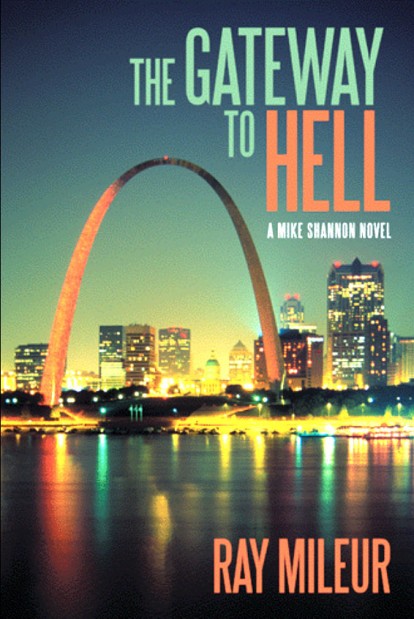 THOMPSONVILLE — With an earlier than expected release of his first novel, “The Gateway to Hell,” author Ray Mileur finds himself with the most pleasant of problems — he’s busily arranging book launch parties and signings.

“It’s pretty exciting. We looked at May 1 as the release date, but (publisher iUniverse) started selling books a month in advance. We’re staying on top of it,” Mileur said from his home earlier this week.

An assortment of bad guys — the mafia, the Escobar cartel and corrupt cops — are out to kill Shannon, a former Marine sniper, former St. Louis police detective and leader of a covert CIA op team, Sabre 6, that has just rescued an ambassador’s daughter in South America from the Escobar crime cartel.

And according to Pacific Book Review, it’s quite a read as “Mileur does a great job of bringing Shannon to life and overcoming the tired plotline of the hard-boiled detective almost single-handedly taking on all the bad guys. Mike Shannon rises above the clichés and caricatures, keeping you locked into the story.”

Mileur draws much of his story from his own personal experience. He has worn an assortment of hats over 40 years that includes serving with the Jackson and Williamson county sheriff’s departments, the Federal Bureau of Investigation and the Murphysboro Police Department. He is also a military veteran, having served with the Marines. Mileur’s most recent job was director of public safety in Johnston City. He turned to writing fiction full-time about two to three years ago. The craft humbled him.

“I thought you could write a book in 90 days. I didn’t know how time-consuming elements like character development could be. It’s taken me about two years and I’ve gained 40 pounds,” Mileur said with a laugh.

Mileur always wanted to write, penning short stories when he was a junior high school student in the early 1970s. He created Mike Shannon early, selecting the name in reverence to the St. Louis Cardinals baseball star who led the Redbirds to a memorable World Series championship in 1964 over the New York Yankees.

He’s also learned that authors must be an essential component of the marketing process to sell their books. Mileur has created his own website that includes an updated calendar of book signings, appearances and other media events for his book. And to add to his busy schedule, Mileur is working on his second book of the Mike Shannon trilogy, a story involving a Russian Mafia group owning adult clubs near U.S. military bases as a means to gain access to weapons and information through prostitution, drugs and blackmail.

“It’s loosely based on undercover work I did at one time,” Mileur said as he quickly narrated some of those experiences.

Meanwhile, he juggles promoting and writing, saying it takes a lot of planning, but is a situation he is enjoying.

The Illinois State Board of Education previously rejected plan to spend $867,300 on artificial turf and track repairs.

The Illinois State University graduate student's disappearance nearly a month ago triggered national attention and emotional pleas to those with information to come forward.

James Link was arrested at the Waterloo CUSD 5 school board meeting on Monday night.

Final preparations are underway for the 2021 Praise the Lard Murphysboro Barbecue Cook Off.

“Benet Academy respects the dignity of all human beings to follow their conscience and to live lives of their choosing,” spokeswoman Jamie Moss said.