Before a trade could be made for Brittney Griner, Viktor Bout had to leave Southern Illinois 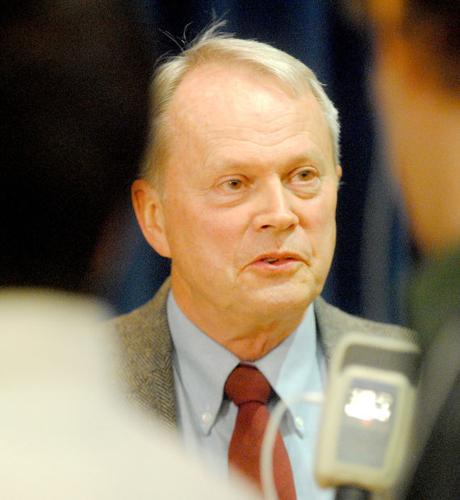 Carbondale city councilman Don Monty speaks to the media after a council meeting Tuesday, Jan. 21, 2014. Monty was appointed interim mayor at the meeting. He will serve the remainder of Mayor Joel Fritzler's term, beginning Feb. 4. (The Southern File Photo) 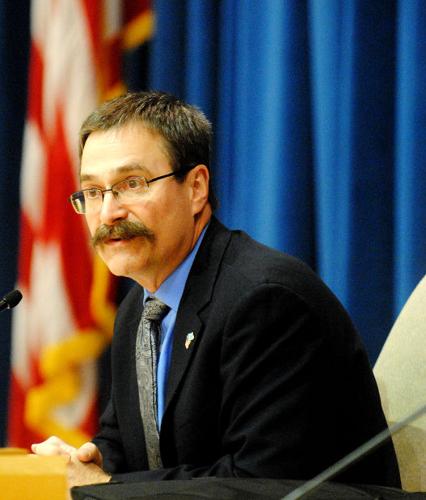 There will be a vacancy on the Carbondale City Council when Mayor Joel Fritzler resignation is finalized at 11:59 p.m. on Feb 3 and Carbondale Councilman Don Monty assumes the role as acting mayor Feb 4.

Monty said on Tuesday at the city council meeting that he is resigning his council seat and it is his desire to have a new council member seated by March 4.

“We need to have a full city council acting on the city budget,” Monty said.

“We are going to receive budget materials in late march, so we need to begin receiving applications Feb. 4.”

Monty proposed a timetable and an application process for selecting the new council member. He encouraged the rest of the council to weigh-in with any input.

“This is a decision that all of the council should be involved in,” Monty said.

The applications should be due by Feb. 14, Monty said.

Monty said he would like to have two special council meetings after the application process is over. The first one would narrow the number of applicants down to three.

The second meeting would serve as an interview for the three remaining applicants and then the decision would be made after the interviews.

Monty said the letter of interest should include:

lHow the person meets the requirements to serve on council;

lWhy the person wants to be a member of the council;

lPrimary areas of concern for the community and city government and what the person proposes the city should do about those issues.

Monty said applicants must be a registered voter and has lived in Carbondale for at least one year, cannot be a defaulter of the city, meaning indebted to the city in a large way and cannot be convicted of a felony in a court in the U.S.

The council agreed applicants must also submit three letters of references or contact information for references.

GoFundMe: The most generous countries in the world

GoFundMe: The most generous countries in the world

A year on this 'hell planet' only lasts 17.5 hours

A year on this 'hell planet' only lasts 17.5 hours

Carbondale city councilman Don Monty speaks to the media after a council meeting Tuesday, Jan. 21, 2014. Monty was appointed interim mayor at the meeting. He will serve the remainder of Mayor Joel Fritzler's term, beginning Feb. 4. (The Southern File Photo)