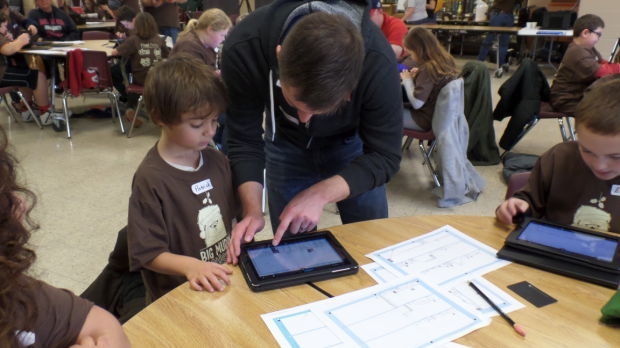 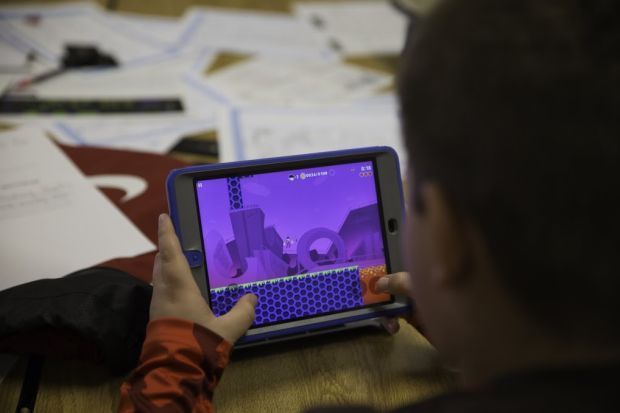 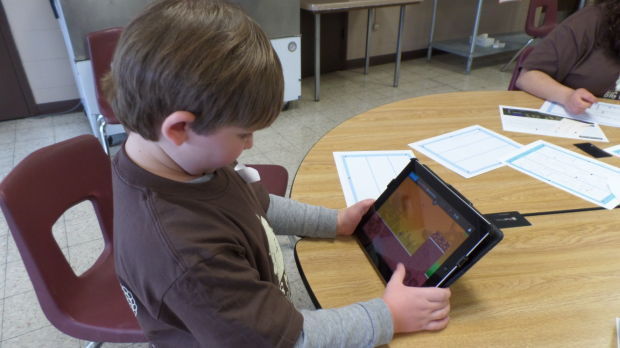 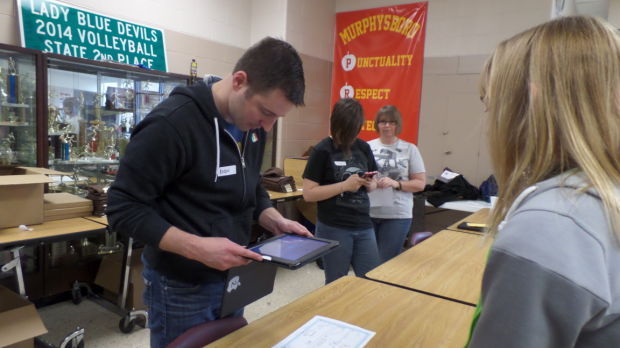 Robin Rath uploads a newly created game to an iPad during an event Dec. 6 sponsored by Pixel Press in Murphysboro. 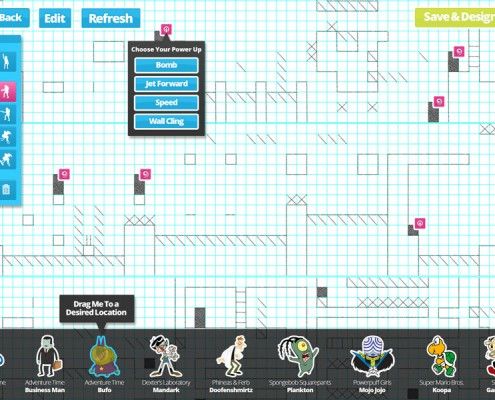 This screenshot shows a video game being created with Pixel Press Floors. The next steps are choosing characters and backgrounds. 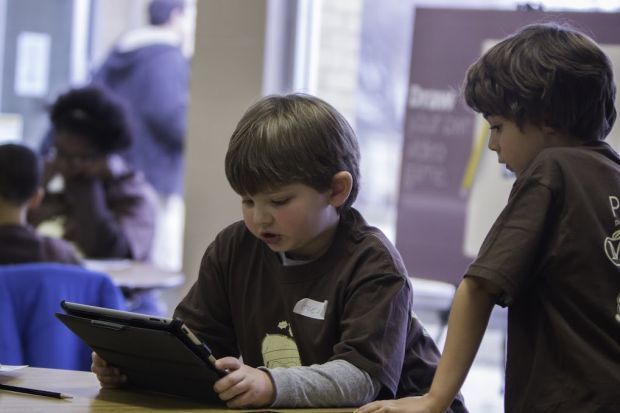 When they weren’t playing games, Rath said they would draw elaborate games on paper and dream of bringing them to life. But that was the one thing the boys could not do.

Early in 2013, Rath and Stevens, now in their early 30s, had an idea during a road trip. A video was created, with help from Rob Bennet, Daniel Wiseman and Robin’s father Galen, that led to a Kickstarter campaign. On June 13, 2013, Pixel Press was successfully funded.

Pixel Press Floors was released in spring 2014. The concept is simple. Draw a game on paper, then take a picture of it with an iPad or iPhone. Once the game is uploaded to the device, the creator chooses a background, story and characters.

“Our technology allows you to create video games by drawing them on paper, customize and share the design,” Rath said.

Pixel Press hosted its third “game jam,” the Big Muddy Monster Holiday Game Jame, Dec. 6 in Murphysboro. Boys and girls ages 6 to 14 filled Murphysboro Middle School cafeteria. Rath, Stevens, volunteers and parents helped the children and suggested changes when the game did not do exactly what the child wanted.

“The iPads came from the school district and sponsorships covered the cost of T-shirts and pizza,” Rath said.

After lunch, the children selected video games and tried each other’s games. Prizes were given for the most creative and the most difficult.

“It’s like they are micro video game publishers,” Rath said.

Pixel Press has another big project expected to be released in January 2015. They are creating an app of Pixel Press Floors for Cartoon Network based on the show “Adventure Time.” It will be released for Android and Kindle platforms and will let children choose characters and scenes from the show.

It wasn’t the first time that Carruthers Elementary School teacher Denise Brown had surprised her students with a unique request. But when Bro…

Robin Rath uploads a newly created game to an iPad during an event Dec. 6 sponsored by Pixel Press in Murphysboro.

This screenshot shows a video game being created with Pixel Press Floors. The next steps are choosing characters and backgrounds.