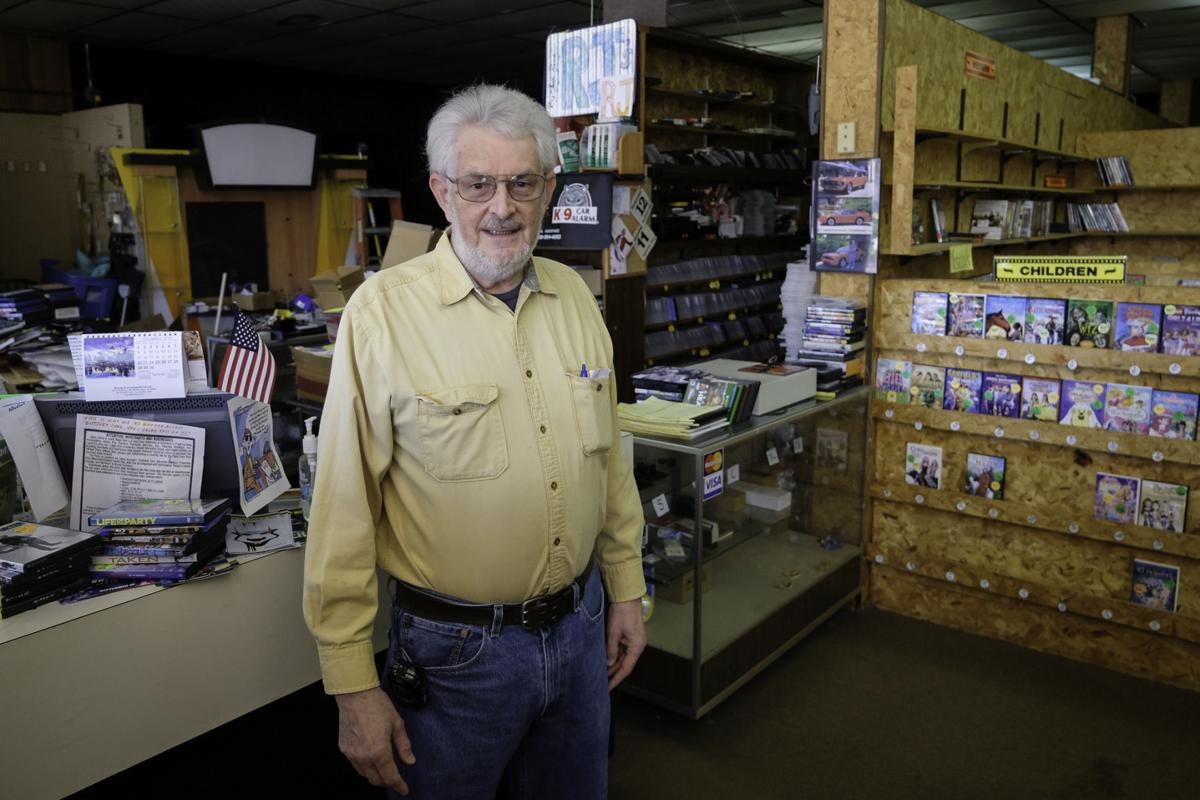 After more than 50 years in business, R.J. Ihle is retiring and closing R.J. Electronics and Video in Murphysboro. 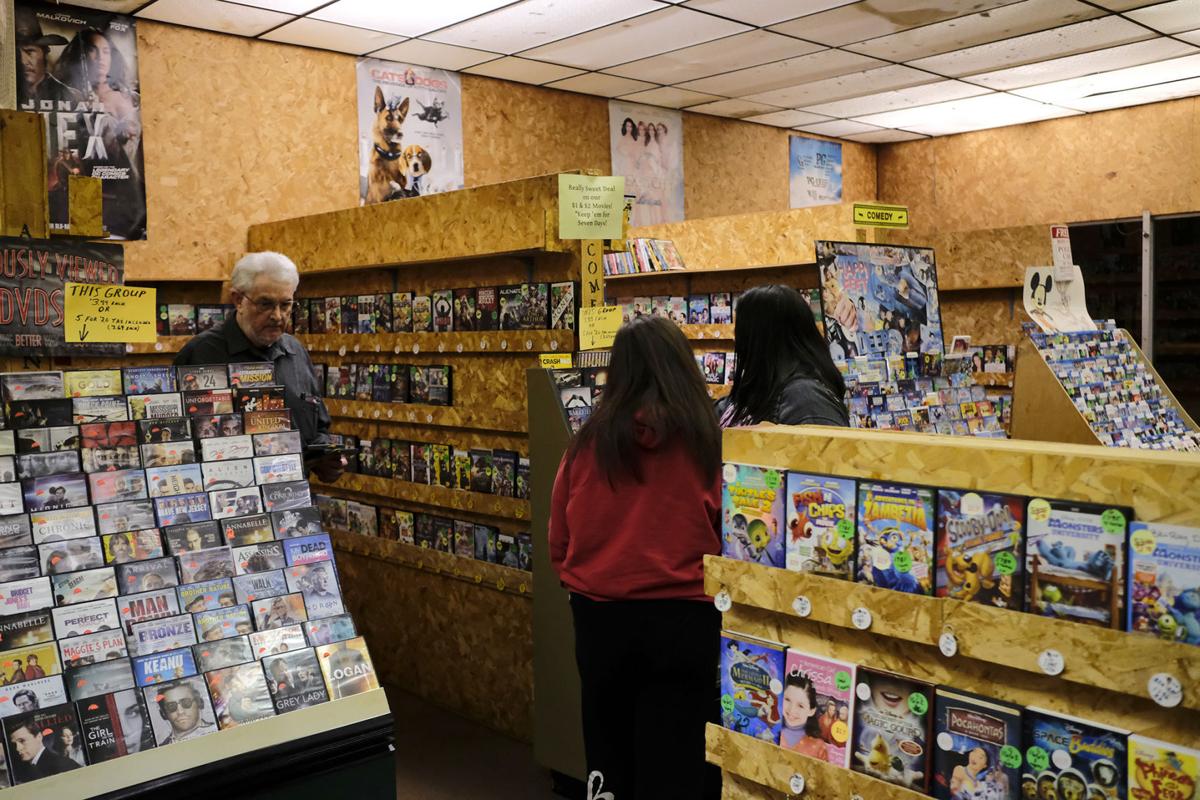 R.J. Ihle re-shelves movies as customers shop in Feburary in 2019 in Murphysboro.

MURPHYSBORO — RJ Ihle was the first, and is now the last. After more than three decades, the Murphysboro institution R.J. Electronics and Video will be closing.

Ihle announced the closure of the city’s last movie rental store Oct. 23, and with it, a sale of thousands of DVD titles collected through the years.

Ihle was the first dealer in the area to carry the Atari gaming system, and one of the first to sell a VCR for less than $300. He was also the first to start renting VHS tapes in town. As places like Circus Video, Blockbuster and Family Video came and went, R.J.’s shop was always there, and with it, his signature bags of popcorn. Many a fun Friday night in Murphysboro weren’t complete without a white bag of popcorn, stained with oil, and a fresh flick from R.J.’s.

He opened his business in 1966 as a hobby shop when he was not yet 20 years old — Ihle was particularly known in the slot car racing community.

In the early 1980s, he said, he saw an opportunity. After the dust had settled in the battle between Betamax and VHS tapes, he bought into the home movie business, and in 1984 added the “video” to R.J. Electronics and Video.

Ihle said he had actually seen a slight uptick in his business around mid-March, when the Family Video up the street closed. But almost immediately, the pandemic shut down everything.

“If conditions had remained more favorable I may not have made the decision,” he said of the timing of his retirement.

But, Ihle said, his three adult daughters have been asking him for a long time to stop the six- and seven-day-a-week work schedule and retire. In his 70s, Ihle saw this is as his time to step down as Murphysboro’s movie rental king.

But it wasn’t just the state COVID-19 shutdown that put a halt to things — the industry made a swift change, too. Ihle said studios have been on hold for months dealing with the pandemic, and have opted not to release DVDs of movies, instead sending new films directly to streaming services like Netflix and Amazon. On top of this, the DVD supplier Ihle has used for decades shut down in May.

He said the first day of his closeout sale was a surprise — when he went to open the shop the Saturday after announcing his retirement, people were lined up outside. He even had to call in a friend for help and stayed open late just to accommodate his loyal customer base.

With 8,000 titles to choose from, he said there are still a lot of great finds in the shop.

“They bought hundreds, but I have thousands,” Ihle said. “It’s far from picked over.” His blowout sale will continue until his stock is depleted. The sale continues from 3 p.m. to 7 p.m. Saturday.

An avid movie-watcher himself, Ihle said he’s been able to pick some things out for himself, too. The first thing he grabbed? 1968’s "Bullitt."

And before anyone asks, no, he’s not getting Netflix after retirement.

Movie night is alive and well at R.J. Electronics and Video

After more than 50 years in business, R.J. Ihle is retiring and closing R.J. Electronics and Video in Murphysboro.

R.J. Ihle re-shelves movies as customers shop in Feburary in 2019 in Murphysboro.