Editor's Note: This is the first installment of a 2-part series on recycling in Southern Illinois. Next Sunday, we'll take a closer look at recycling in Williamson County.

CARBONDALE — Deep in the cavernous warehouses of Southern Recycling, Tasis Karayiannis has 400,000 pounds of plastic he can’t use.

It’s pressed into massive cubic bales, in search of a market that disappeared almost overnight.

In rural Southern Illinois, recycling lags. But it's growing.

CARBONDALE — In 1989, Illinois set a lofty goal for a statewide recycling program.

In July 2017, China notified the World Trade Organization that its companies would stop accepting many kinds of “foreign garbage,” and instead boost domestic recycling, in an effort to clean up the environment.

The country, which once bought about 40 percent of U.S. recyclables, reduced its plastic purchases by 92 percent in the first five months of 2018. And the mountains of plastic and other recyclable trash that flooded the market, with no ready buyers, have caused ripple effects worldwide.

In Carbondale, Karayiannis has begun to refuse mixed plastics. That’s everything with a number between 3 and 7 written inside the little three-arrow recycling symbol on the package.

Karayiannis doesn’t want them because there’s nowhere he can ship them. In the past, he sold them to American recyclers, who resold them to China, where they were processed into new products.

“Right now, the only option for us is the landfill,” Karayiannis said of his 400,000-pound mixed plastic problem. “But we don’t want to do that, number one, and number two, it’s not cheap.”

To avoid a $15,000 landfill bill and the burden on his conscience, Karayiannis is playing a waiting game, holding his mixed plastics in hopes the market will come back.

“We’re OK for now,” Karayiannis said, “but it takes up a lot of valuable space. Even if we offer it for free, we don’t get any buyers. Giving it away would be cheaper than taking it to the landfill, but still, nobody wants it.”

Karayiannis is still accepting and storing the small amounts that he gets from local residents, but he’s asked his bigger clients — institutions like Southern Illinois University Carbondale — to send their mixed plastics to the landfill, instead of to him.

In other parts of the U.S., especially where space is limited, recyclers have already had to throw away substantial quantities of mixed plastics they’d planned to ship to Chinese processors.

And China isn’t the only market force affecting what ends up in Southern Illinois landfills.

Their price is linked to the price of petroleum, a key ingredient in their production. But with oil prices down significantly from recent years, it is now cheaper to make plastic bags than to recycle them, Karayiannis explained.

“Plastic bags are very recyclable,” Karayiannis said, “but it’s not profitable unless oil reaches a certain price.” He’s got about 10,000 pounds of them sitting in his warehouse, he said, since Southern Recycling stopped taking them about 6 months ago.

As the recycling industry pulls back on plastic products, consumers and businesses must change their habits if they want to keep plastic out of the landfill.

Now, the best option for plastic bags is dropping them off at the few local grocery and department stores which accept them, said Sarah Heyer, director of the nonprofit Keep Carbondale Beautiful.

For the last six years, Heyer has maintained a website, keepcb.org, that educates Carbondale residents on how to recycle, and where.

But getting Southern Illinoisans to do it right is challenging in a recycling market that’s complicated, volatile, and marred by misinformation, as media hype makes people think they can recycle pretty much anything, Heyer said.

“People need to change their habits, and we need to step up our educational outreach,” Heyer said, including acknowledging that plastics cause significant environmental damage, and simply cannot be recycled as cleanly as glass and metals.

But even glass, which can be recycled almost endlessly without any loss in purity or quality, is not simple in Southern Illinois.

Tasis takes it. Many local counties and major recyclers, like Republic Services, do not.

“For the last 20 years we have been losing money doing glass,” Karayiannis said.

The price he can get for glass is so low, Karayiannis said, it hardly covers his shipping costs, let alone the expenses of collecting, sorting and packaging the material.

Since the Chinese pullback, U.S. recyclers have scrambled to find new markets to process their materials.

India and Southeast Asia have absorbed some of the industry, Karayiannis said, but nowhere close to what China once controlled.

“China was a special market,” Karayiannis said. “These other countries don’t have the system in place that China had.”

Facing an international market that may never be the same, local recycling leaders say they hope U.S. companies will step up to process more recycled goods.

“I think closing the loop here at home is going to be the key,” said Mike Huskey, owner of Revolution Recycling, which maintains recycling containers for many Southern Illinois towns and counties, and offloads them at Southern Recycling.

“This also puts more of the pressure on producers to step up,” Huskey said. “They need to start taking their materials back.”

Republic, one of the biggest recyclers in the country, is still taking mixed plastics, Willming said. But that could change as the company’s contracts with Chinese processors expire in the coming years, and the Chinese mixed plastics market dries up.

“If we can’t find alternate options to get rid of those materials, unfortunately we will have to ask the communities to stop recycling them,” Willming said.

It would be another wrinkle in the already-complex rules of Southern Illinois recycling.

At Revolution, Mike Huskey is reminded of that complexity each time he puts new decals on his containers to inform the public of what he can and cannot accept.

“Lately, it seems like everytime we get them changed, the market shifts again,” Huskey said.

The state of recycling in Southern Illinois: Which plastic to throw in your bin, and how the global economy matters

Here’s why recycling rates lag in Southern Illinois. And here’s what we can do.

If you haven't kept up with my reporting on local recycling realities, here's a brief recap of what I've found:

CARBONDALE — In the Illinois recycling industry, Jackson County has long been recognized as a downstate pacesetter. 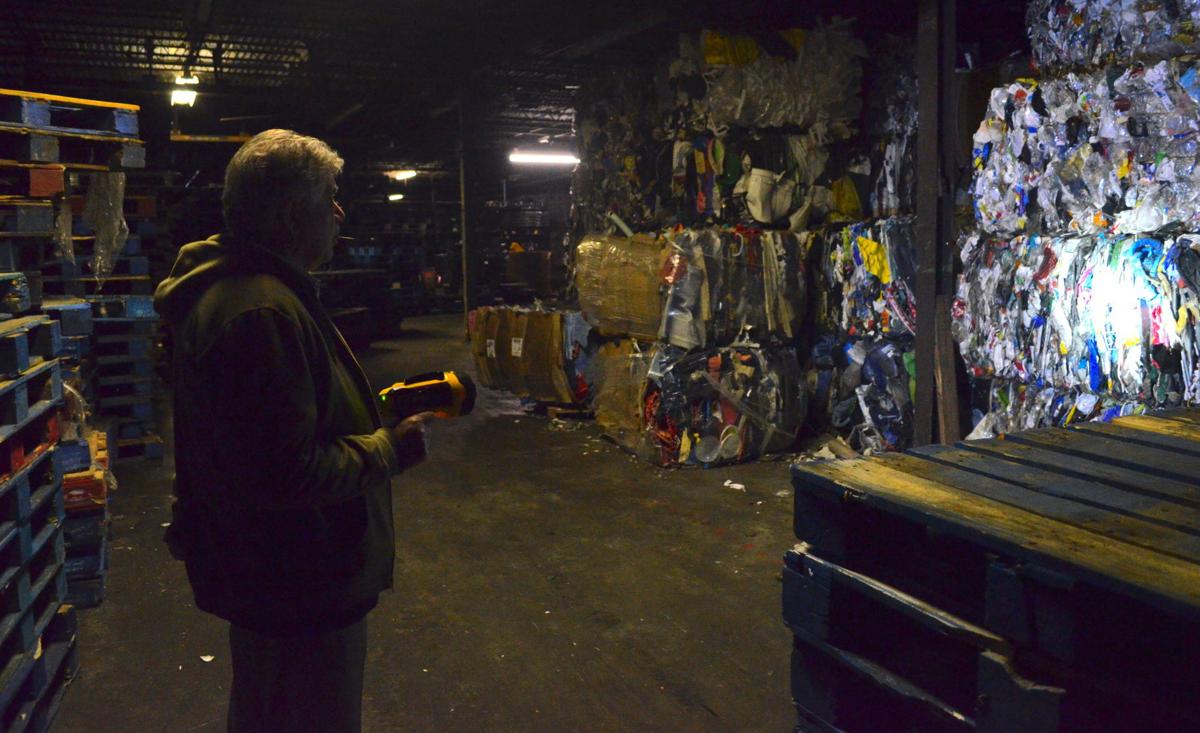 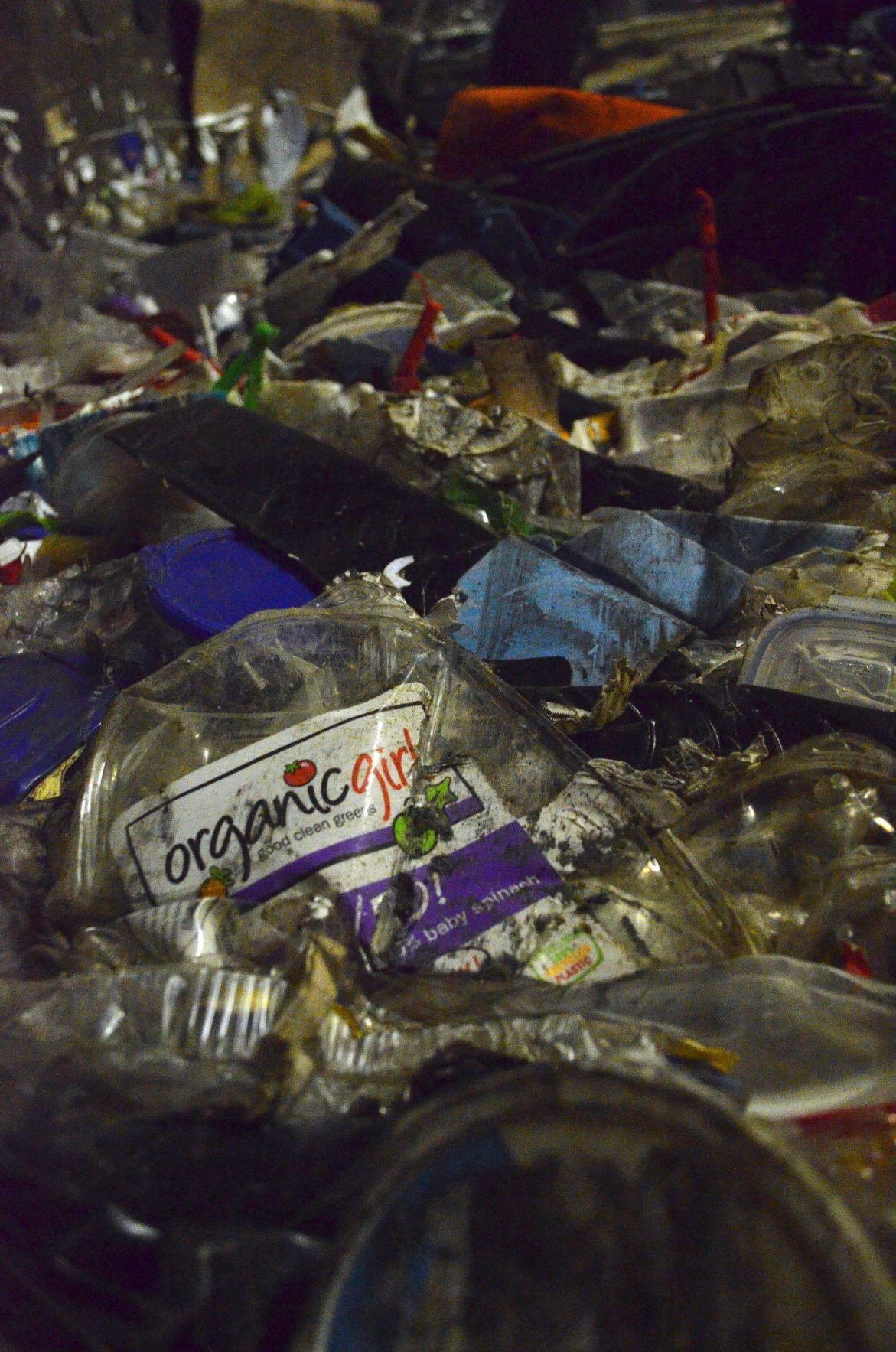 A close-up of a bale of mixed plastic recyclables held at Southern Recycling, in Carbondale.