Become a Member
Read Today's E-edition
Share This
Radio host Tom Miller marks 45 years on the air: 'It's not about me'
0 Comments
Share this

In fact, seasoned listeners to “The Morning News Watch” on WJPF, will notice that Miller, the daily show’s host for 20-plus years, never introduces himself on the air. He may host, but the program is not about him or even his on-air guests. It’s about the listeners.

His career in broadcasting has been, by his own admission, varied. He began carrying equipment for Harrisburg’s WEBQ at the age of 16, soon recording programs for the station, then known as Rock 100. After a short while, he abruptly left.

“I quit because I did not like KC and the Sunshine Band,” Miller recalls of the growing movement to play disco music. “I was a rock 'n' roll guy.”

But his absence wasn’t long. The station hired him again, this time to be on the air Friday nights. Introducing himself as “Coyote Tom,” Miller handled the 6 p.m. to midnight shift, one he said he worked “for a long time.” Eventually, his show became “Miller Time” in the afternoons and later, a move to the early shift rebranded him as “Miller in the Morning.”

Ready for change after a number of years on the air, Miller left to work for a Tennessee broadcaster. Even before a section in his new contract prohibiting him from radio work in Southern Illinois had expired, Miller wanted to come back to the region.

“I was home sick and I wanted to go home,” he recalled of his time in Tennessee in the late 1980s.

“That’s when I was offered a job at WTAO. They hired me to host the morning show and pretty soon I was the program director.”

Miller said he enjoyed the creativity and freedom he was allowed – still as a “rock 'n' roll guy” – at WTAO for about a decade.

“They let me off the leash,” he explained with a grin.

Then it all came to a halt.

“They fired me and I don’t exactly know why, but as long as I didn’t work for any other radio station, they would continue to pay me. That was pretty fun,” he said.

Miller said his “creativity” had earned him a reputation.

“You know, off-the-hook crazy, a wild card, loose cannon, all of that stuff.”

Miller’s absence from the airwaves was short-lived. Soon, he was back on the air, once again as “Miller in the Morning;” this time at WXLT-FM, part of the River Radio group of stations.

When he was asked to take on a morning talk program focusing on news, he realized things would be different – no more off the leash, no more craziness. In fact, this time it wasn’t about him.

“I had to remake myself completely,” he recalled. “I didn’t use my name; I focused solely on content. I didn’t want anybody to think about any of the other stuff I had done before, because in this format it is about what you say and how you say it. It became about credibility.”

Since taking the reins of the Morning News Watch, Miller estimates he has conducted some 9,000 interviews – everything from national political dignitaries to leaders of local charities. He’s sharing the things that his listeners need to know and asking the questions they want answered.

“I talk about what’s the temperature, what roads are closed, you need to do this, you need to know that. I stay in the content,” Miller said. “I want people to be able to walk and talk with a level of authority because they know I won’t lie to them.”

If Miller hadn’t already become somewhat of an icon in Southern Illinois radio, May 8, 2009 and the days that followed cemented his place. It was Miller who took to the airwaves after a derecho – also known as an inland hurricane – rocked the region.

Working double and triple shifts day after day, he was a calming voice to thousands, letting the hungry know where a meal might be found, providing updates on the widespread power outages and reassuring Southern Illinoisans that things would be alright.

"Don't forget that the way people behaved after the storm was remarkable, and I'd like to think that we were partially responsible for that. I wanted the messages to be very well tuned, 'This too shall pass; you're OK; it is only a house. Yes, the truth is you're not going to be happy for a while, but it will be OK,” he shared with The Southern in a 2010 interview.

Miller still has a folder full of emails, cards and letters he received following his post-storm broadcasts, but he said in 2010 the accolades and the thanks were not the most important thing to him.

"Once you realize that it's not about you, the world changes," he says. "A lot of people needed help. Helping people - that's very rewarding to me,” he said.

Miller said he does not know how many more years he will continue with the show.

“I’ve been thinking a lot lately and I’ve been talking to my mom and dad about retiring, but I don’t know how you quit doing the only think you’ve ever done besides farm since you were 16,” he said. “For now I’m going to keep on learning, keep on preparing and working hard.”

On May 8, 2009, parts of Southern Illinois were hit by a super derecho.

At the time, that term was nearly unheard of.

In weather terms, a derecho, from a Spanish word meaning straight, is a widespread and relatively lengthy windstorm accompanied by a band of fast-moving showers or thunderstorms.

According to information provided by the National Weather Service in Paducah, the system had an unusually large bookend vortex, some 30 to 40 nautical miles, or approximately 34 to 46 miles, in diameter, whereas the average vortex is only 12 nautical miles in diameter.

Here's a look back at the historic storm and its aftermath.

Film, discussion at SIU to examine the future of local journalism

A screening of "Storm Lake," a film highlighting the struggles of a family-run newspaper and a panel on the future of local journalism is Oct. 26 at SIU.

In an era when colleges compete for everything from students to sports titles, Rend Lake College and Southeastern Illinois College are working together.

Stavros Lambrinidis, the European Union’s ambassador to the U.S., is the next virtual conversation guest hosted by SIU's Paul Simon Public Policy Institute. 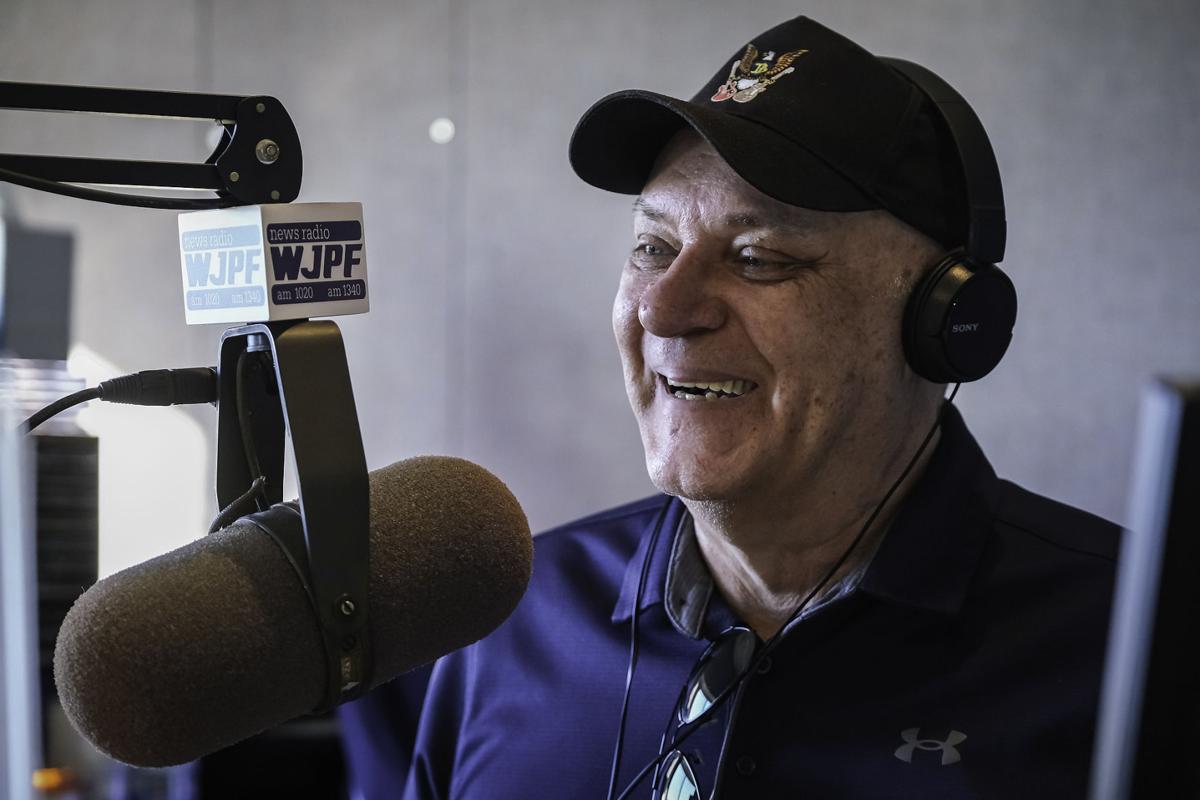 Tom Miller of WJPF-AM radio enjoys a light moment during a show last week from the River Radio studios in Carterville. Miller has been in radio for 45 years. 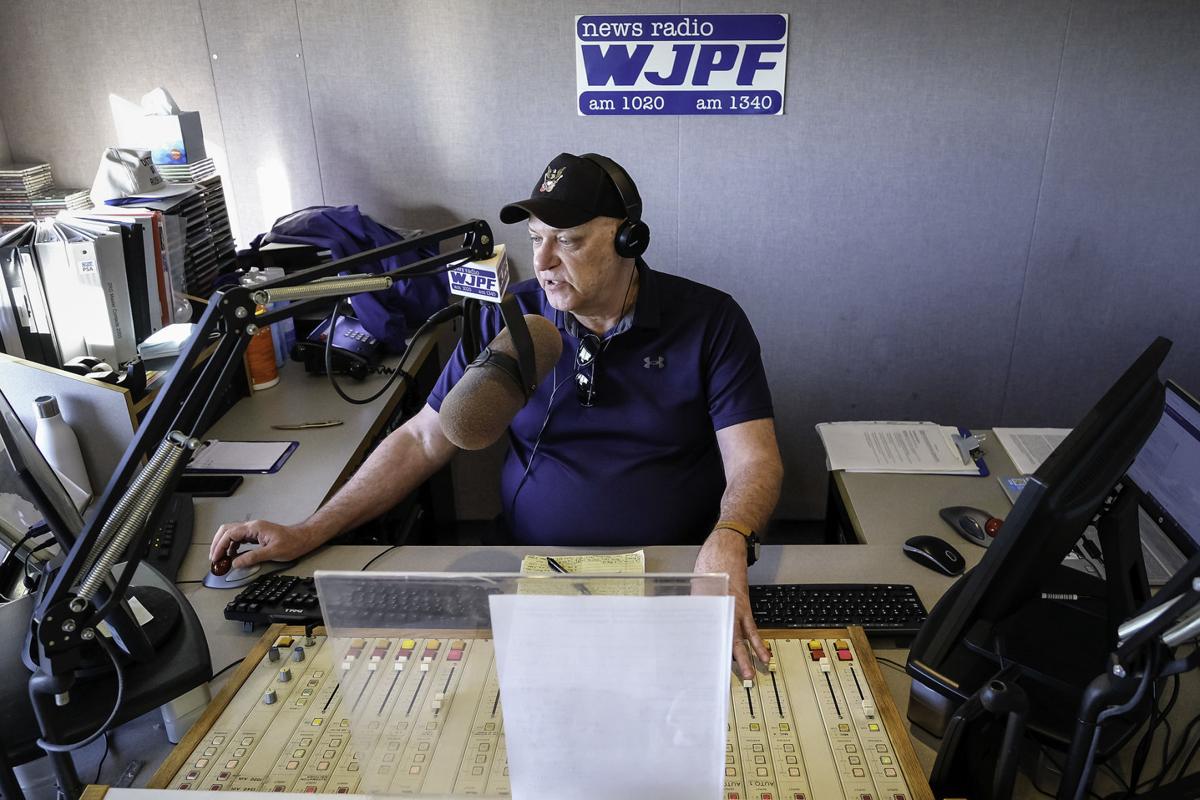 Tom Miller sits at the controls during his morning show on WPJF-AM from the River Radio studios in Carterville. Miller is marking 45 years in radio this month.