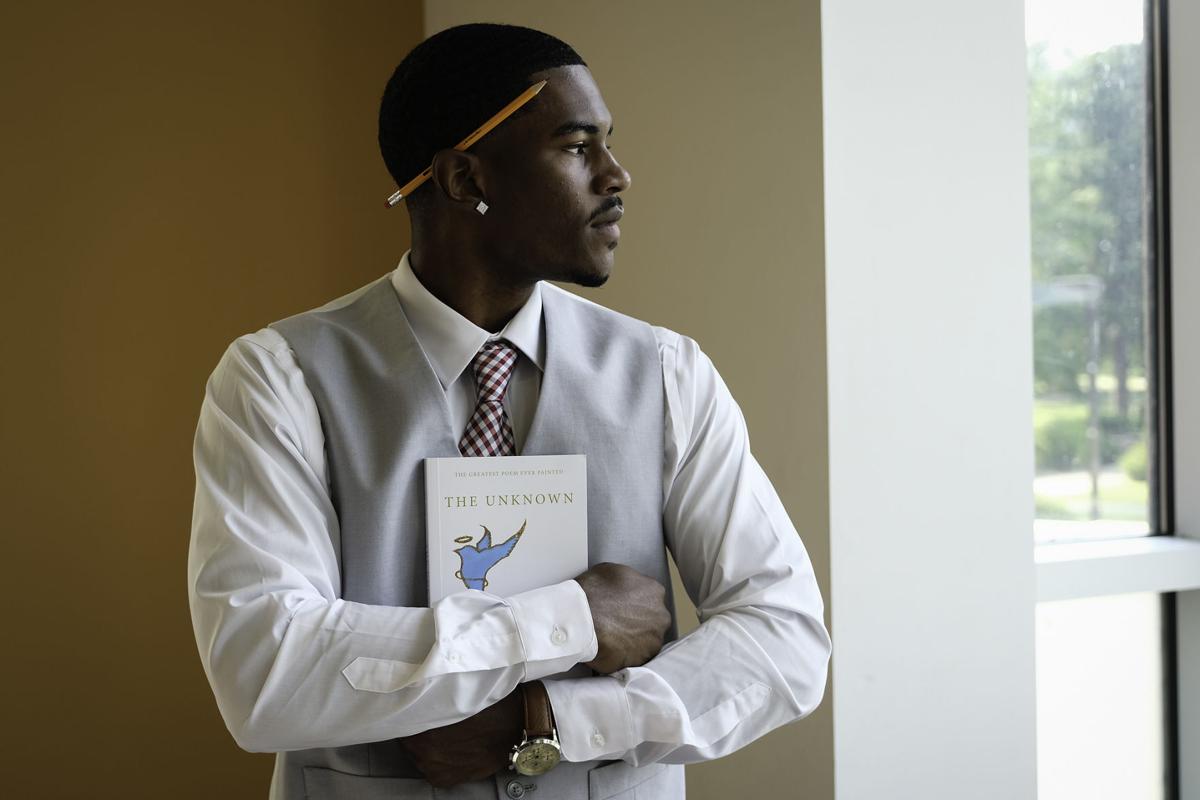 Martriece Arrington poses for a photo with his book, “The Unknown." 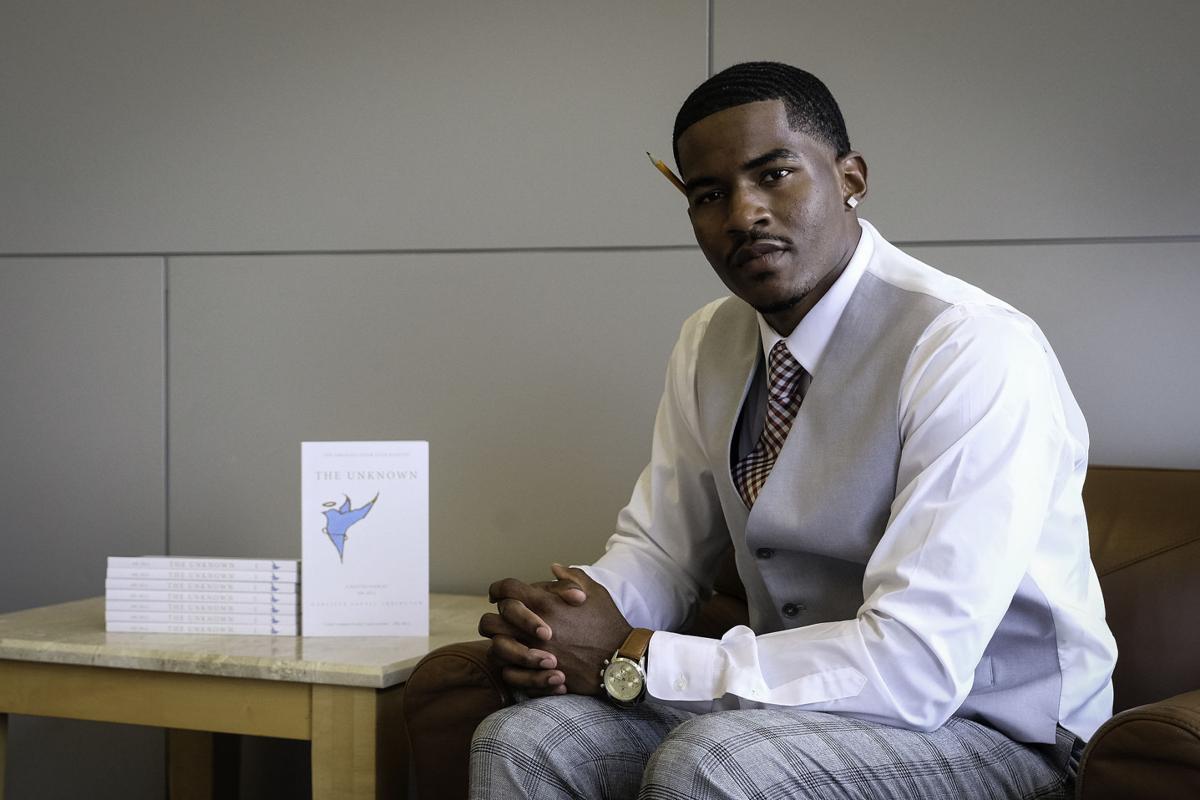 Martriece Arrington is shown with his book, “The Unknown." The Southern Illinois University graduate is chronicling the recovery after the death of his brother in Bloomington 12 years ago. 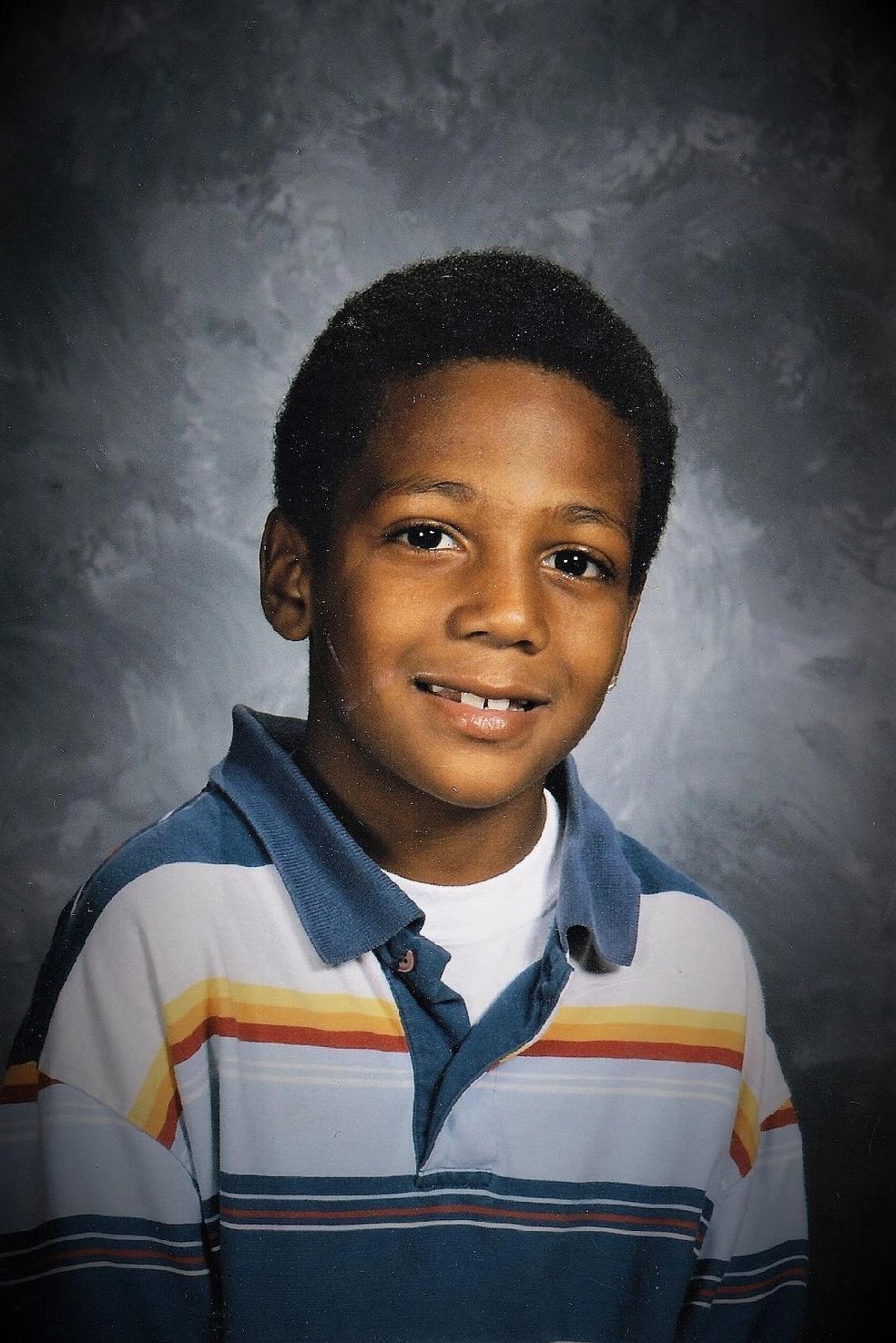 BLOOMINGTON — The two brothers shared a moment that day.

Martiece Arrington, now a recent graduate from SIU in Carbondale, remembers July 7, 2009, as the day he finally became the older brother that he wanted to be — someone that 10-year-old Travell could look up to, although they were just a year apart in age.

They were riding bikes that afternoon, Martiece standing on the back of Travell’s bike.

Their moment came when Travell pedaled down a hill in Bloomington, his voice at an almost "squeal" from fear, brother Martiece guiding him to slow down.

That would be the last ride — and one of the last moments — the two would share.

After dropping Martiece off at the family’s apartment, Travell pedaled away, planning to grab gas station snacks for a group of family and friends hanging out that afternoon.

Travell never made it back.

A semi-truck turning from Brown Street into the parking lot of the gas station at 1520 W. Market St. struck the boy and killed him. The driver told authorities he hadn’t seen the boy while turning. No charges were filed.

“The family never recovered from that — it was different,” Martiece said in an interview. “It was different. I don’t think everyone has gotten over it.”

For Martiece, the loss fueled a creative project.

“The Unknown," a book dedicated to telling the Arrington family's story and coming to terms with the death of Travell, embodies both poetic and novelistic forms.

"For the past almost half-a-decade, since I entered college and then finally graduated, I've been working on this poem," he said. "This is my way of, I wouldn't say fully accepting his death, but providing a gift to him, in a sense. I don't think I'll ever accept it. It is what it is, but the best way for me to look at it is he would want me to do this right now. He would want me to share his story with the world."

That story starts in Chicago, where the family lived until 2007, and follows them as they move to Bloomington, where "Mom worked varied shifts" and "my father — he got locked up about a year before my younger brother passed, so it was a single-parent home."

The book charts not only the challenges the brothers faced, but also the fact that "somehow, we survive(d) in a world where children barely grow to see 18."

"His story is amazing: It's heartfelt, it's heartbreaking, it's heart-warming," Martiece said.

Martiece recently graduated with a communications degree from Southern Illinois University Carbondale, but promoting this book and this story, he said, is his vocation right now.

Said Martiece: "I also want to inspire others. I'm not the only person in the world that has lost a significant other. I want to express to others, inspire others to know that you, too, can get over the one you love the most passing away."

Meet the athletes in the Tokyo Olympics with Illinois ties

One person dead after crash in Carbondale

CARBONDALE — One person is dead after a serious crash Monday night at the intersection of East Main Street and Giant City Road, according to a…

WSIL-TV and six other broadcast stations across the country are being purchased by Los Angeles-based Allen Media Group for a combined $380 million. The sale should be finalized within the next two months.

The number of COVID-19 cases across the region continues to rise, putting some of the region’s counties into an increased warning level according to state Coronavirus Disease risk metrics.

Kaya Coleman, 17, started Southern Branch Picnics with a goal of making memorable picnics a simple affair. She provides picnic planning, accessories and food as well as clean-up for clients.

MARION — Police are investigating after discovering the body of a deceased woman Friday night in the 1600 of Peabody Road.

Upswing in COVID cases renews calls for handwashing, masking — and yes, getting vaccinated

In a word, local public health officials are frustrated.

Martriece Arrington poses for a photo with his book, “The Unknown."

Martriece Arrington is shown with his book, “The Unknown." The Southern Illinois University graduate is chronicling the recovery after the death of his brother in Bloomington 12 years ago.