MARION — On Thanksgiving Day, Douglas Connell, of Marion, boarded a plane at O’Hare International Airport bound for the Philippines and the woman he loves. He had not seen Mary Rose De Los Santos in nearly six years, but he knew she was the one he let get away — and he wasn’t going to make the same mistake again. He carried a rose gold diamond ring in his luggage, and spent the 21-hour flight over the Pacific Ocean anticipating the moment when he would pop the question.

Three days later, as they walked the white-sand beaches of El Nido on Palawan Island at sunset, Connell asked a passerby if he would take a photo of the couple. After handing over his cellphone (the man ended up recording the encounter), he got down on one knee and presented De Los Santos the ring. Through tears, she said yes. With the ocean lapping at their feet, they kissed as a crowd cheered them on in the background.

“We spent a happy two weeks together. It was the best two weeks of my life,” he said.

It’s a memory he clings to as the couple has been forced to deal with months of agonizing delays in reuniting amid the COVID-19 pandemic and strict immigration and travel rulings made by the Trump administration in response. That fall trip was the last time they saw each other in person. They are among numerous couples caught in indefinite limbo, with no clear idea of when they might be able to resume the lives they were planning together.

While it was understandable that the government had to prioritize visa processing at the onset of the pandemic earlier this year, fiancés and fiancées of U.S. citizens have been unjustly placed near the back of the line with little explanation as to why, said Jeff Joseph, an immigration attorney based in Colorado Springs, Colorado. For this reason, Joseph is representing 150 U.S. citizens, including Connell, and their foreign national intended spouses, in a lawsuit against the Department of State.

“The coronavirus pandemic has upended life for hundreds of millions of people around the world. But for one particular group of individuals, U.S. citizens petitioning to bring their foreign-born fiancé(e)s to the U.S., the pandemic, and the U.S. government’s response to it, have created new challenges — prolonged separation, an inability to enter the U.S. to start their lives together, and numerous financial and emotional hardships,” the lawsuit says in its opening paragraph. Joseph’s law firm, Joseph & Hall P.C., along with Kuck Baxter Immigration LLC in Atlanta and Siskind Susser P.C. in Memphis, filed the federal lawsuit on Thursday in U.S. District Court for the District of Columbia.

The case notes that the Department of State ordered embassies and consulates worldwide to suspend routine visa services on March 20, though still allowed for the processing of “mission-critical” visas and emergency services. The department did not publicly provide a definitive explanation of what it deemed “mission-critical” visas, though in later guidance noted that it included spouses of U.S. citizens.

The Foreign Affairs Manual, which the Department of State uses as an instruction manual, says fiancé(e) visas should be treated functionally equivalent to spouse visas. Yet on July 8, as the department of state announced that visa processing would resume to varying degrees, posts were directed in a memo to treat K-1 visas, otherwise known as fiancé(e) visas, as a low priority, and no explanation has been provided as to why, the lawsuit claims.

“They really can’t see each other,” Joseph said of his clients, in an interview Friday with The Southern. “And some of these people are pregnant. They’re having babies. Some of them are waiting for military deployment. There are some really horrifying stories of how this is impacting families.”

The Department of State did not specifically respond to a question from The Southern asking why it deemed spouse visas “mission-critical” and fiancé(e) visas as a lower priority. A spokesperson said that the suspension of routine visas in March was in response to the pandemic. As global conditions evolve, U.S. embassies and consulates have initiated a phased resumption of routine services on a post-by-post basis as the workforce is able to safely return to department facilities. Eventually, there will be a complete resumption of services, though the department is unable to provide a specific date for when each post will resume specific visa services, the spokesperson said.

“All of our missions continue to provide emergency and mission-critical visa services. As post-specific conditions permit, our missions are phasing in processing of K-1 nonimmigrant visa cases,” the spokesperson said. “Applicants should check the website of their nearest U.S. Embassy or Consulate for updates on what services that post is currently able to offer.”

The spokesperson declined to comment specifically on the lawsuit, saying the department does not discuss matters under litigation.

For Connell, the wait to see his fiancée again is painful, as is not having even a clue as to when that might change. Their relationship, he said, has been delayed long enough. The two met on April 2, 2013 — a day he knows by heart — in Singapore when his Navy ship, the USS John C. Stennis, pulled in for a port visit. At the time, he was a logistics specialist seaman, and she was visiting a friend in Singapore for a short time.

They became acquainted at a coffee shop. “Her friend actually pushed her up to me to tell her to talk to me because I’m tall and she likes tall guys,” recalled Connell. They ended up talking for an hour and decided to exchange contact information. It was his last day in Singapore, but while at sea, they got to know each other more via email. When he returned statewide from deployment, they continued to message through Facebook and video chat, and their relationship deepened.

In February 2014, he booked a flight to visit her and they spent three weeks together in Lucena City, her hometown. They talked about the potential of marriage then, but the timing wasn't right. Connell had recently separated from the military, and neither were in a place financially to pay for the visa application process and her international move. He returned to Marion, and over the months, they drifted apart. Connell married someone else. “Once in a blue moon,” he said, he would reach out to De Los Santos to ask how she was, and check in on the latest developments in her life.

Those check-ins, though, were sporadic and platonic, he said. But when his marriage fell apart, she was top of mind again. As his divorce finalized, Connell said he reached out to De Los Santos to see if she wanted to try again. She had also recently gotten out of a relationship, and she said yes. They video messaged and chatted, and the spark was still there, he said. That’s when he began planning his Thanksgiving flight and late 2019 proposal.

“She had always been in my mind as the girl I let get away, the one I really wanted to be with,” he said. (The Southern also attempted to reach De Los Santos via Facebook messenger, but was unsuccessful.)

After the proposal, Connell said they began making plans for a life together in Marion.

Their first big step they took together as an engaged couple was to file initial paperwork with the U.S. Citizenship and Immigration Services for her visa.

The U.S. issues K-1 visas to fiancé or fiancées of U.S. citizens who intend to marry their partner within 90 days of their arrival in the country. Obtaining one first requires a vigorous vetting process to ensure the couple has a bona fide intent to establish a life together, and that the marriage is not for the sole purpose of obtaining an immigration benefit.

A marriage must take place within 90 days of the non-citizen partner’s arrival in the U.S., after which time he or she may apply for lawful permanent resident status. They received an approval letter on March 24, but that was only for the first of a three-step process. Their paperwork was then sent to the National Visa Center, which acts as a hub of sorts for consular processing around the world. Typically, from there, it would move to an embassy for processing within 30 days or so, but it hasn’t budged since, Connell said.

After all these years and finally reuniting with De Los Santos, Connell said he’s hoping the government won’t stand in their way much longer. He has purchased them a home in Marion. As soon as she can enter the U.S. and get settled, they plan to take a road trip and marry at a drive-thru chapel in Las Vegas. Until then, they’re trying to make the most of their long-distance relationship.

“We video chat every day. We talk every day. We’re doing the best we can with the hand that we’ve been dealt and we’ll stick it out as long as it takes,” he said. “But at the same time, it’s time for the government to do what they’re supposed to do and that’s serve their citizens.”

A 26-year-old man who was convicted last year of first-degree murder in the 2017 shooting of a 19-year-old in Carbondale was sentenced on Friday to 72 years in state prison.

Southern Illinoisans in the service industry are feeling a bit of whiplash after Gov. Pritzker and the Illinois Department of Public Health announced Monday that further mitigation measures would be put in place in the region to control COVID-19.

Monday’s race at the Du Quoin State Fairgrounds happened just a month after Pinckneyville runner James Robb's second cardiac arrest in 17 months literally toppled him from his seat in class.

A man from O'Fallon, Illinois, was killed in a two-vehicle crash late Wednesday night on Interstate 64. 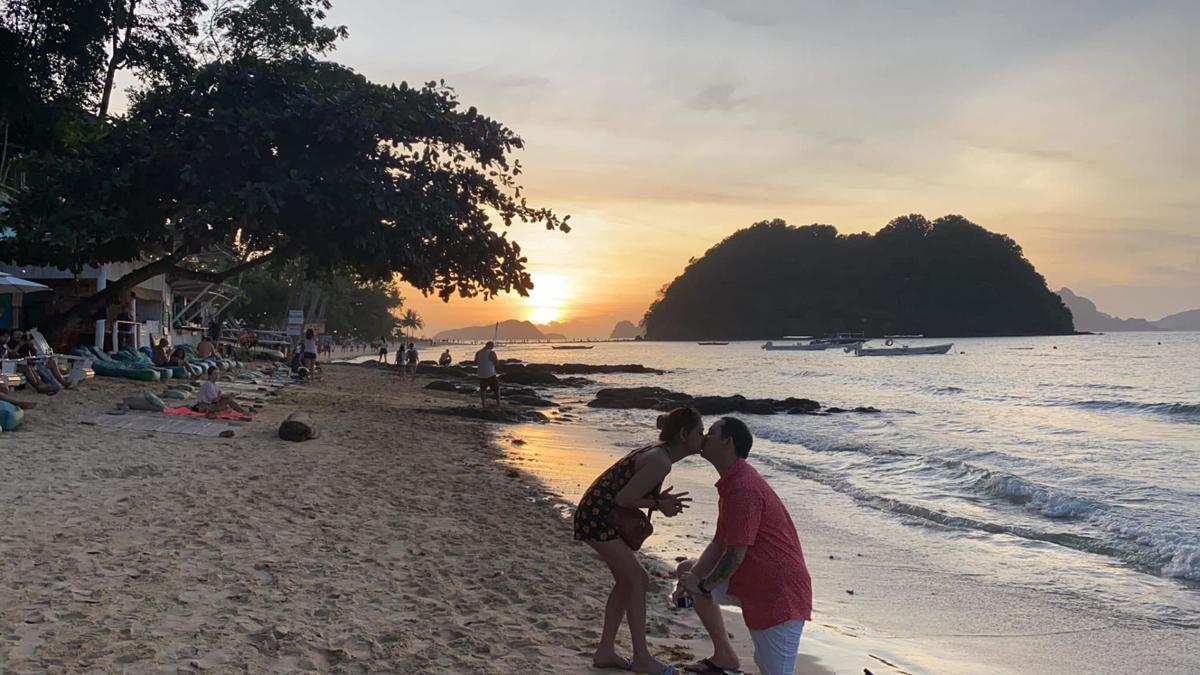 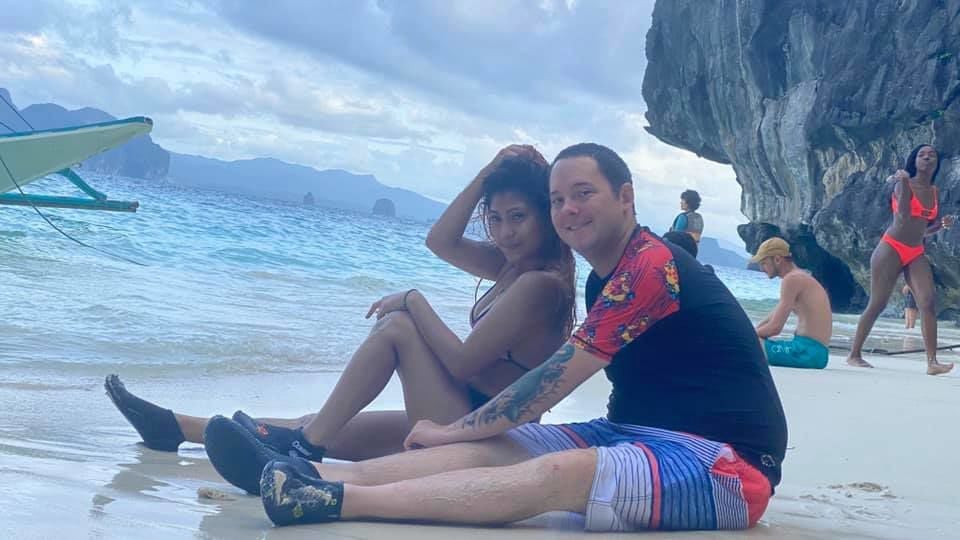 Douglas Connell and his fiancée, Mary Rose De Los Santos, pose for a photo in December 2019 shortly after getting engaged. 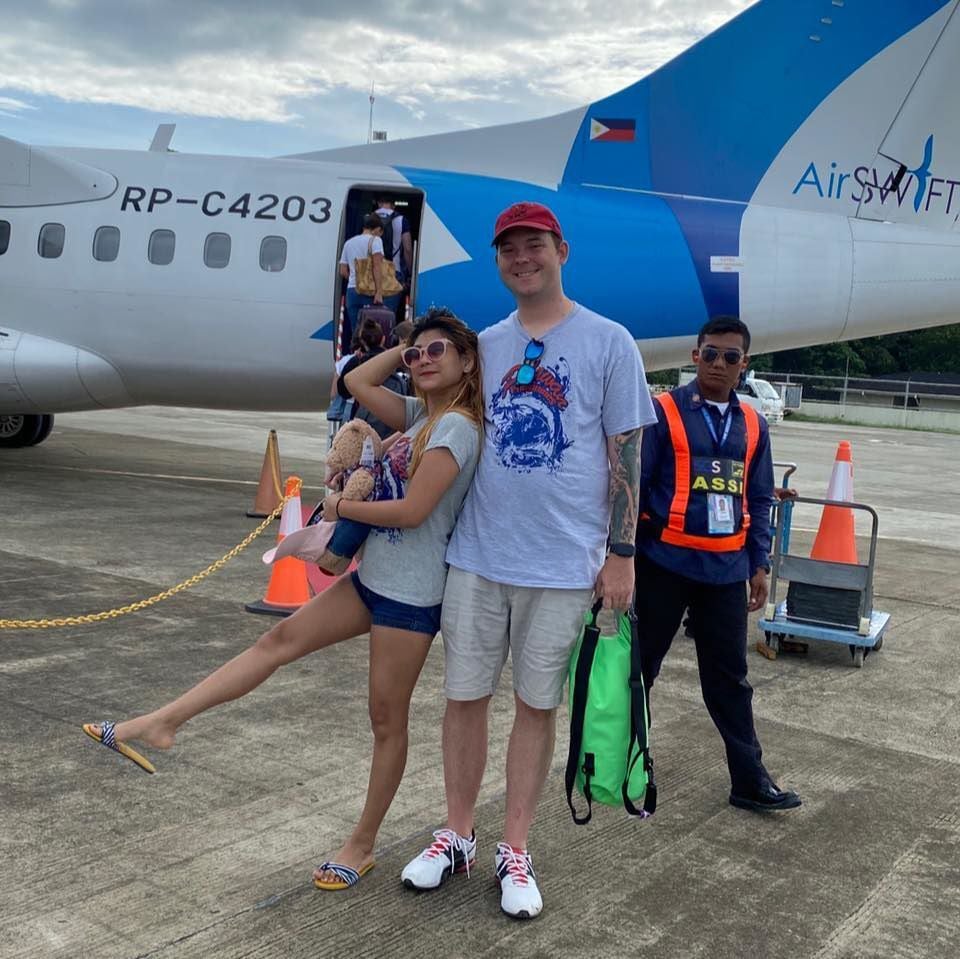 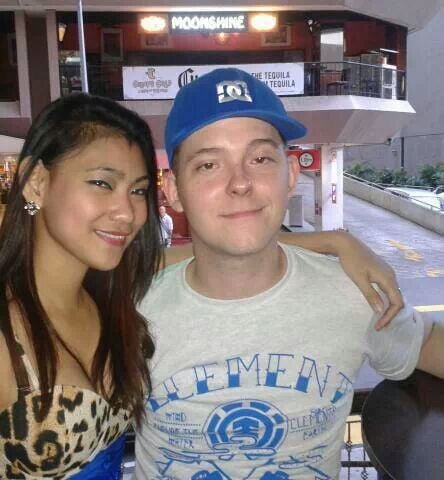 Douglas Connell and Mary Rose De Los Santos pose for a picture on April 2, 2013, the day they first met at a coffee shop in Singapore.