EDWARDSVILLE — In a special meeting, the Southern Illinois University Board of Trustees on Wednesday authorized a plan to allow the Carbondale campus to borrow from the Edwardsville campus until which time the state of Illinois approves a full annual state appropriation to the SIU System.

The board tabled an agenda item that called for appointment of the chancellor of the SIU Carbondale campus. Board Chairman Randal Thomas said that because there were differences of opinion concerning recommendations about who would be the best candidate, the board members want to personally interview the candidates.

Thomas said the board intends to interview the three of the four finalists that were named for the position and participated in two-day interviews in recent weeks on campus. They are interim SIU Carbondale Chancellor Brad Colwell; George Hynd, president of Oakland University in Michigan; and Carl Pinkert, vice president for research and economic development at the University of Alabama. One of the finalists accepted another position recently and withdrew his name from consideration. Additionally, the board members intend to interview two other ranked candidates who did not make the final four cut, Thomas said. Those two individuals were not named Wednesday night.

SIU System President Randy Dunn said that before they are named, he needs to reach out to them to make sure they would still like to be considered for the position. Thomas said the board is looking for a “visionary who will reshape what SIU Carbondale will become — the new Delyte Morris.”

Dunn said the approved resolution attempted to address some of the concerns that have been expressed by constituency group leaders on the Edwardsville campus since Dunn announced the borrowing proposal in a System Connection letter this past month. For instance, it set a cap on the amount that can be borrowed from Edwardsville — $35 million — and reemphasizes a requirement that Carbondale come up with a plan to reduce costs by July.

The borrowing proposal was placed on the board’s last regular meeting held April 6 in Carbondale, but because the agenda item was added late, it required the approval of all board members to bring it up. One board member voted against allowing the item to be discussed in April. That is what prompted Wednesday’s special meeting.

The resolution further directs Carbondale’s interim chancellor to develop a plan of necessary reductions to be presented at the board’s July meeting, scheduled to be held in Springfield, according to the board’s written rationale for adoption of the resolution.

Further, it states that highest priority concerning improving SIU Carbondale’s financial picture will be placed on eliminating the Carbondale deficit as soon as practical. “First claim” for the replenishment of borrowed unrestricted funds by SIU Carbondale once a full budget is appropriated shall be to SIU Edwardsville.

If there is no state budget by the beginning of the 2018 fiscal year on July 1 or other actions taken to “sufficiently sustain Carbondale operations,” the resolution calls for SIU System President Dunn to make a recommendation that the board declare a “short term fiscal emergency” for the Carbondale campus, excluding the School of Medicine.

Without the loan agreement, the only option for continuing daily operations for the Carbondale campus would be the use of restricted funds, according to a written board summary of the resolution. The use of restricted funds would violate state statutes, bond covenants and other third-party restrictions, according to the board’s rationale for adoption.

The SIU Board of Trustees is poised to consider a plan to gradually shift state funding from Carbondale to Edwardsville in order to reflect changes in enrollment levels at the two campuses. 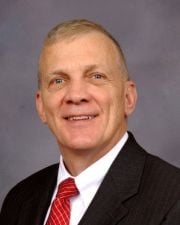 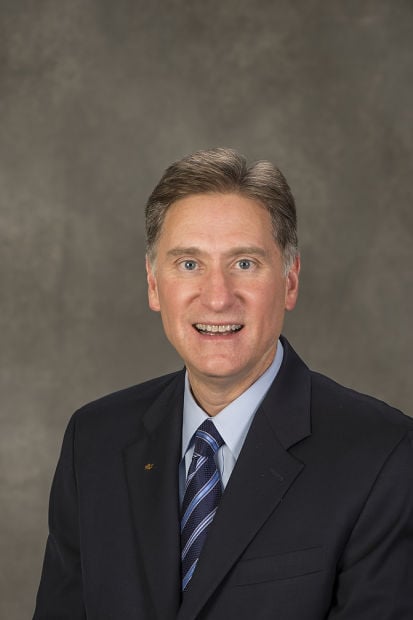