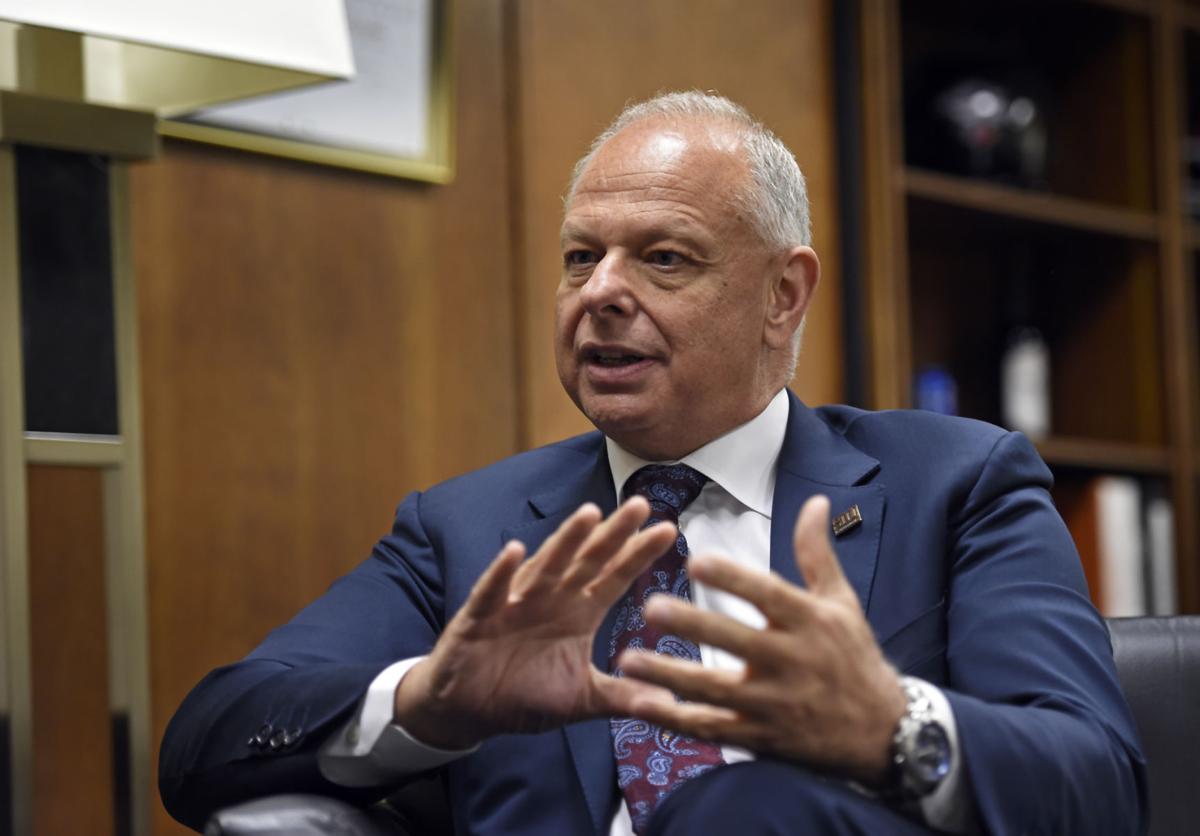 SIU Chancellor Carlo Montemagno responds to a question during an interview on Aug. 28. 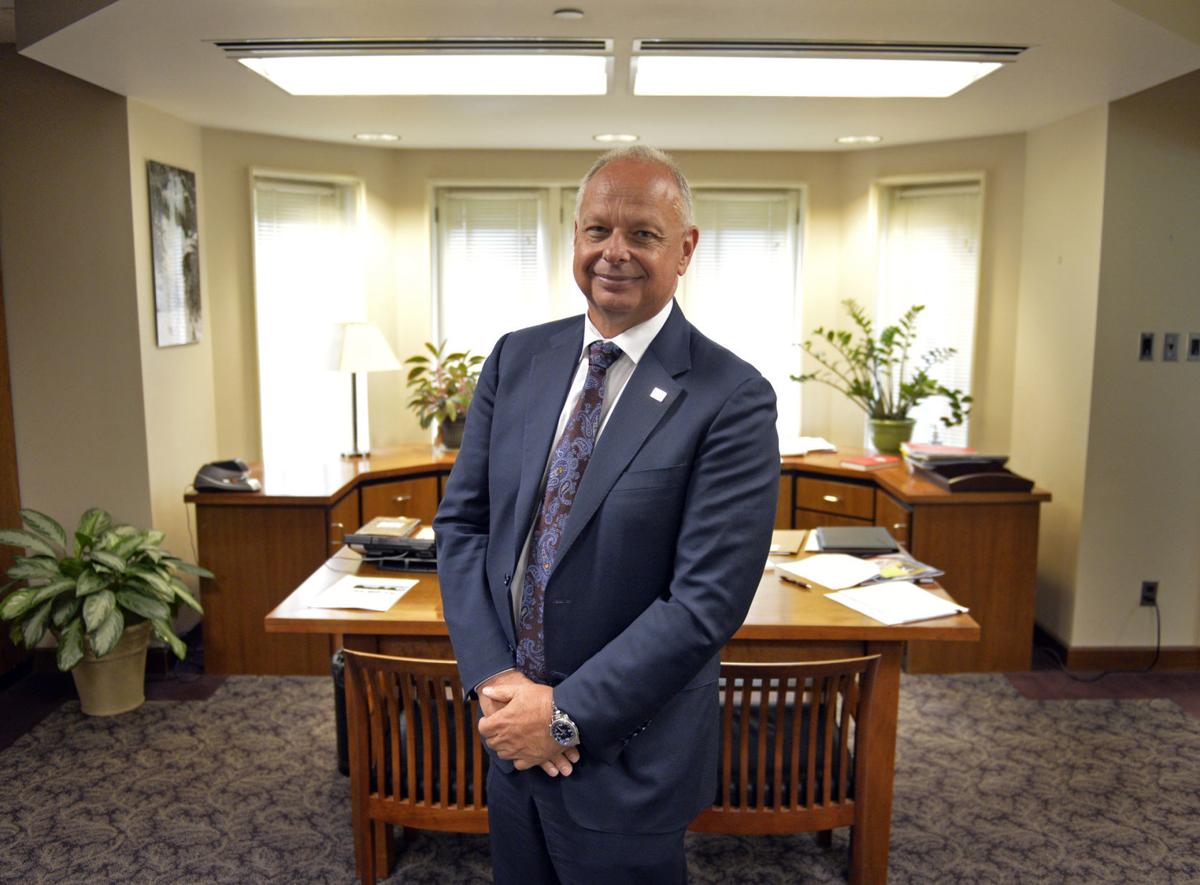 SIU Chancellor Carlo Montemagno poses for a portrait in his office. 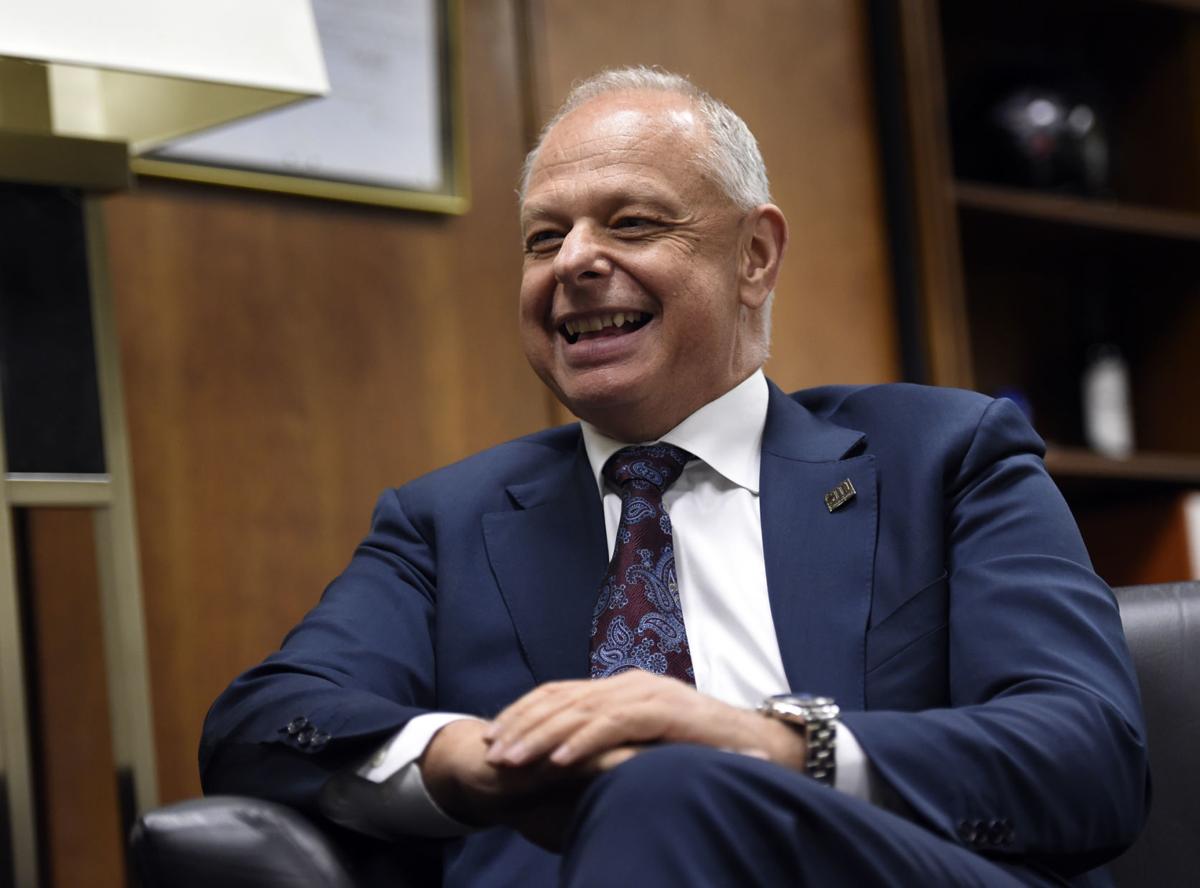 CARBONDALE — To hear Carlo Montemagno tell it, Southern Illinois University Carbondale is no stranger to adversity.

The newly minted chancellor — formerly a professor of engineering at the University of Alberta's Department of Chemical and Materials Engineering — has been brushing up on the institution’s history.

In the 1860s, Carbondale fought tirelessly to have a college built here, Montemagno said during a sit-down interview Monday. When the original building burned down soon after its founding, the community rallied.

“It looked like the school was going to become defunct. The town opened the doors of its shops for students to live, faculty to teach their courses,” Montemagno said. “... We are a product of the desires of the people of Southern Illinois. We belong to Southern Illinois just as much as Southern Illinois belongs to us; we’re one.”

Montemagno, who assumed the role of chancellor Aug. 15 after an extended national search, comes to SIUC at a critical time — a steep decline in student enrollment has left the university floundering.

But Montemagno appears undaunted. He said he’s been impressed with “the people, the attitude, the openness of the community.”

“I’ve been here, it was two weeks yesterday, and I can honestly say that I feel more at home here now than virtually any place I’ve lived in the last 20 years,” Montemagno said.

‘Embodied in the people’

Montemagno has repeatedly stressed SIUC’s need for a unified vision. To that end, he has launched an online survey polling students, faculty, staff, alumni, community members and local business owners on what the university should look like in 2025.

The survey deconstructs SIU’s current mission statement, allowing respondents to rate each section, and calls for ideas to guide the school’s future.

“We’ve faced a lot of challenges. And the biggest challenge I think SIU has faced is its identity. I think that all of these other external influences have somehow rocked its confidence in who we are as an institution,” Montemagno said.

Montemagno, the founder of the Ingenuity Lab for the Province of Alberta and an expert in nanotechnology, seems willing to humor just about any idea for how to refashion SIU into a thriving institution. But he’s reluctant to imagine new identities for the school himself, emphasizing that what he wants, first and foremost, is to get a sense for the community’s priorities and values.

“Once you have the values that everybody believes in, it’s easier to rally people around changes that have been made to support those values. There is a purpose and a context in which changes are made, and people can describe, in the proverbial elevator speech, who we are at SIU and what we’re doing to make sure we achieve the ideals that we have set for ourselves,” Montemagno said.

Although an email blast only invited students to the survey, he said his staff has already received close to 2,000 responses from people who aren’t students.

“The faculty, the staff, the community are all invested in the success of this university. Great universities are defined by the people that occupy them, not by the physical infrastructure that they reside in or work in.

“Just like when Old Main burned down … the college didn’t disappear. It was embodied in the people. And that is probably its biggest strength: that everybody is fully committed,” he said.

A financial sustainability plan adopted by the SIU Board of Trustees in July called for a “right-sizing” of the university, amounting to $26 million in cuts, the elimination of seven programs and the consolidation of some others. Montemagno said it’s too early to say what the size of the university should be.

He said he has a team assessing the university’s capacity in terms of research infrastructure, staffing and programming needs. He also hopes to expand economic development opportunities with the city of Carbondale.

“We’re going to advance prosperity, not only for SIU, but for all of Southern Illinois. That’s what we’re going to focus on: making lives better for everyone, and at the same time we’re going to turn out world-class leaders who are going to help drive the agenda of the next generation for the entire nation,” he said.

The vision survey is available at surveymonkey.com/r/SIUvision2025.

SIUC's chancellor sketched out a broad academic reorganizational intended to get the university back on track. He also announced that University Museum, which shuttered in July because of the state budget impasse, will reopen in January 2018.

SIU Chancellor Carlo Montemagno responds to a question during an interview on Aug. 28.

SIU Chancellor Carlo Montemagno poses for a portrait in his office.