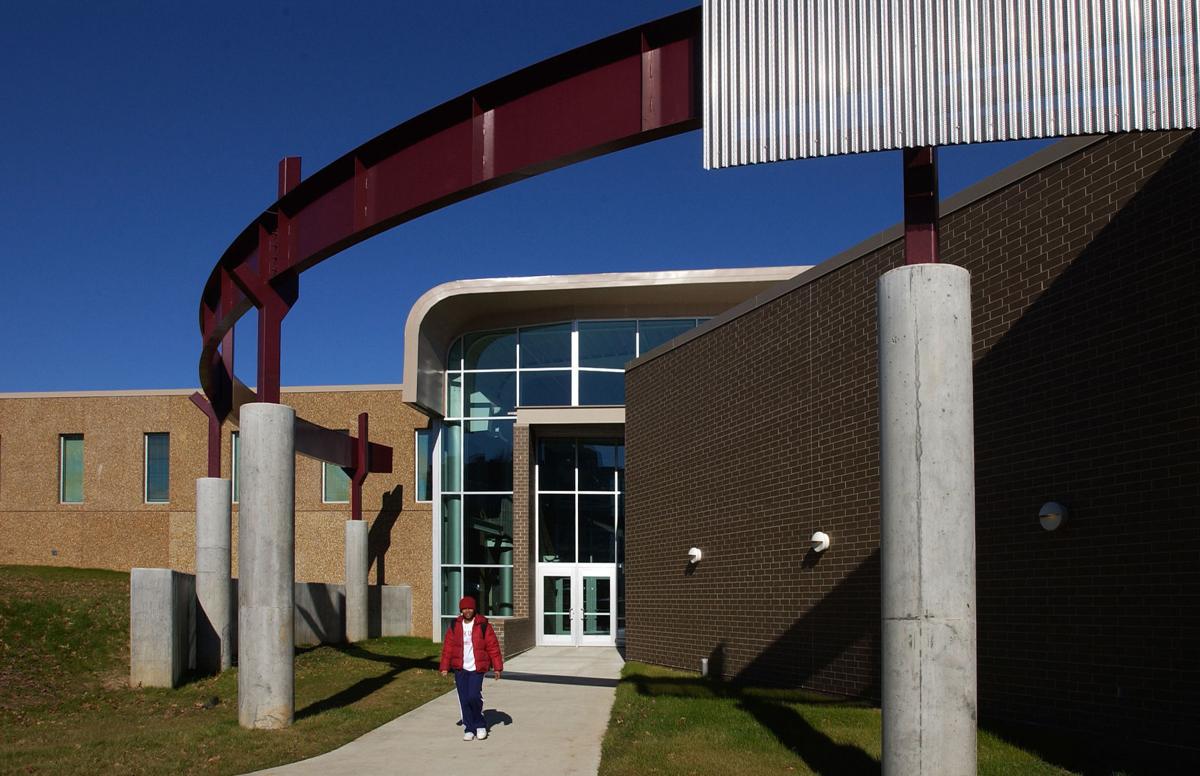 The exterior of the SIU Carbondale Student Health Center is shown. 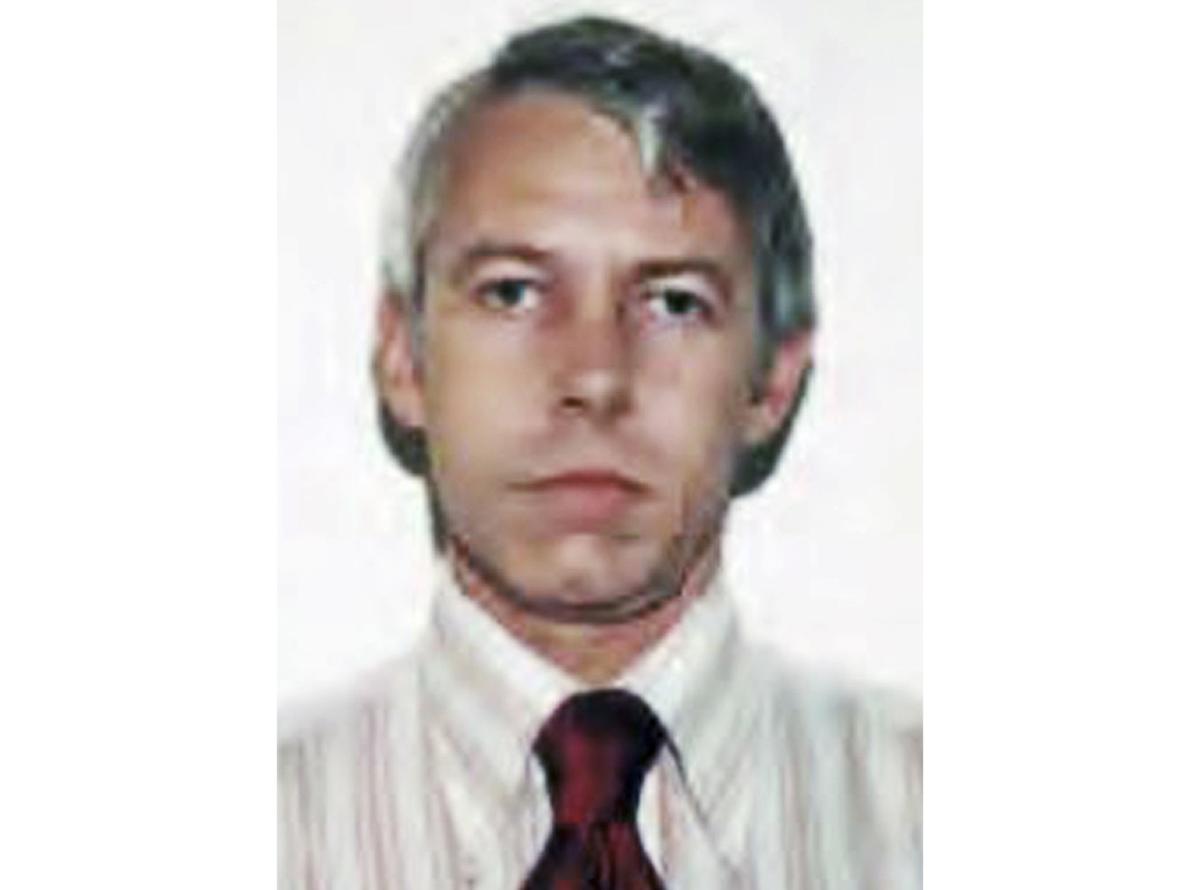 Grace notified the university of his intention to resign March 12, university officials confirmed Thursday. His resignation followed questions about his role in an alleged sexual abuse cover up scandal in Ohio.

Dr. Jaime Clark will serve as acting director while a national search for a permanent director is implemented, Kim Rendfeld, spokesperson for SIUC, said in an email Thursday.

Rendfeld said Clark is director of Counseling and Psychological Services and associate director of SHS. She has been employed at SIU since 2006, when she served as a postdoctoral intern, and has worked with a diverse caseload of clients on a variety of issues, Rendfeld said.

Grace had worked for SIU for 13 years.

The State Medical Board of Ohio had announced last July that it planned to determine whether it would reprimand Grace for his oversight of Richard Strauss. 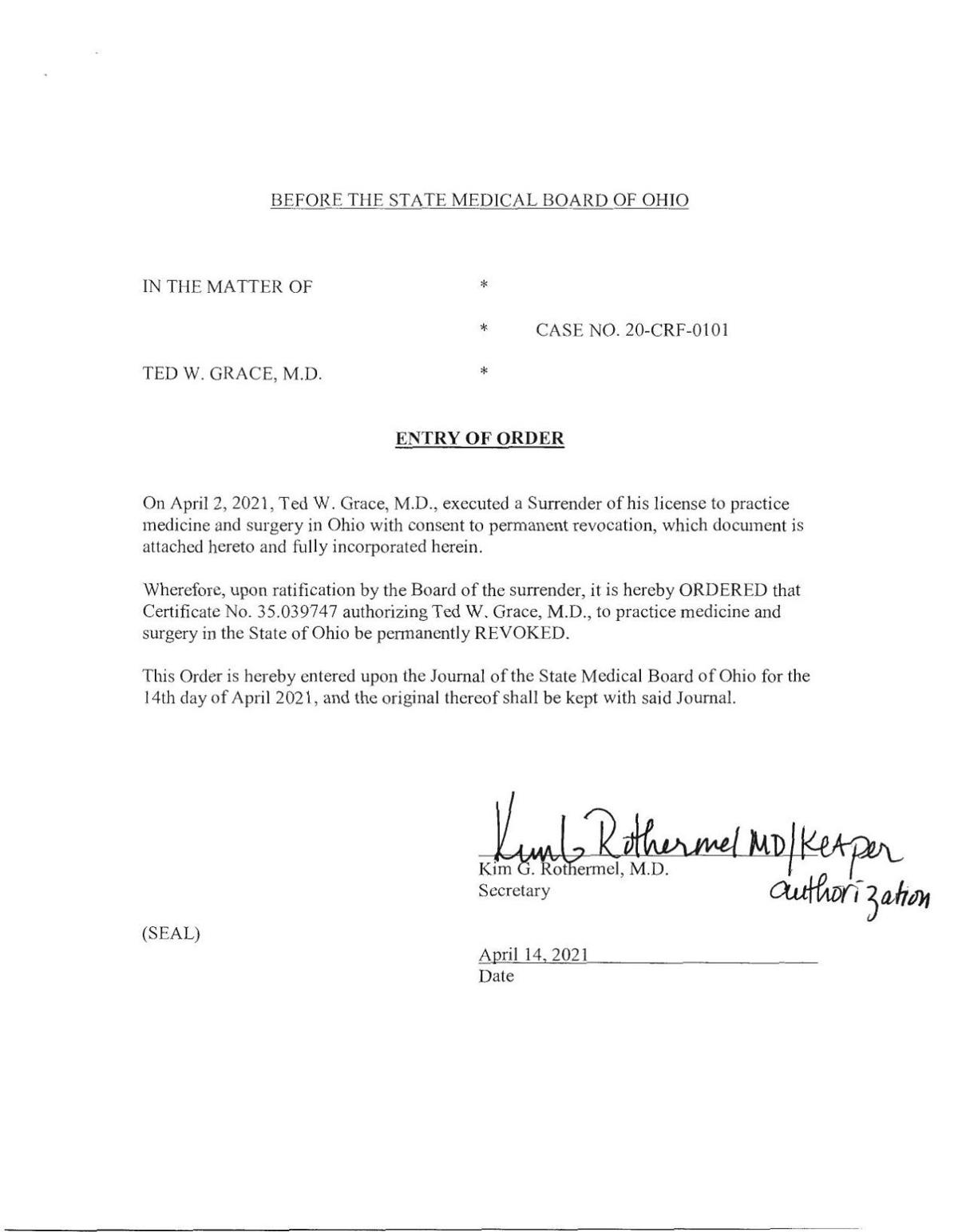 Jerica Stewart, a spokesperson for the board, said this is a permanent surrender of his medical license, “meaning that Ted Grace will no longer be permitted to practice medicine and surgery in any form or manner in the State of Ohio.”

Shari Rhode, Grace’s attorney, did not immediately respond for comment.

Grace was responsible for overseeing Strauss, a serial predator and former Ohio State University physician. Strauss, who died by suicide in 2005, has since been exposed for using his position of trust within the health clinic and as the physician for sports teams to sexually abuse dozens of students under the guise of providing medical care during his tenure at the university, which spanned from 1978 to 1998.

An independent investigation conducted on behalf of Ohio State, released in May 2019, found Strauss had abused at least 177 male patients whom he was charged with treating at the university. His inappropriate touching during exams was a topic of frequent conversations, especially in the athletics department, reflected in commonly used nicknames for Strauss that included “Dr. Jelly Paws,” “Dr. Soft Hands” and “Dr. Cough,” according to a recently unsealed federal complaint.

'I did the best I could': SIUC Student Health Services director responds to accusations of negligence at OSU

CARBONDALE — In 1996, Ted Grace, then the director of Student Health Services at the Ohio State University, suspended physician Richard Straus…

The medical board claims that Grace became aware of an initial student complaint against Strauss in January 1995 “in which a male OSU student alleged that Dr. Strauss had performed an inappropriately long and invasive exam of his genital area.”

The medical board claimed Grace made a false statement to a student who was sexually abused by Strauss a few days later, that same month, when he told the student that his complaint was the first Grace had received about Strauss.

The board wrote, based on statements Grace made in a deposition for the board, that while he verbally warned Strauss in 1995 concerning his conduct, he did not notify the oversight entity about Strauss’ conduct as he should have done. Ohio law mandates that any physician who suspects another of misconduct must report it to the State Medical Board of Ohio.

In January 1996, Grace suspended Strauss from providing clinical treatment to students at the university after becoming aware of a third student complaint of his sexual assault in a year. But the Ohio medical board alleges that Grace, once again, did not report Strauss.

Grace’s attorney, Shari Rhode, previously told The Southern last year that Grace provided information concerning Strauss to the Ohio medical board nearly 25 years ago — and said it was the board that failed to take any action. She said the board appears to be attempting to make Grace a scapegoat for its own failures. 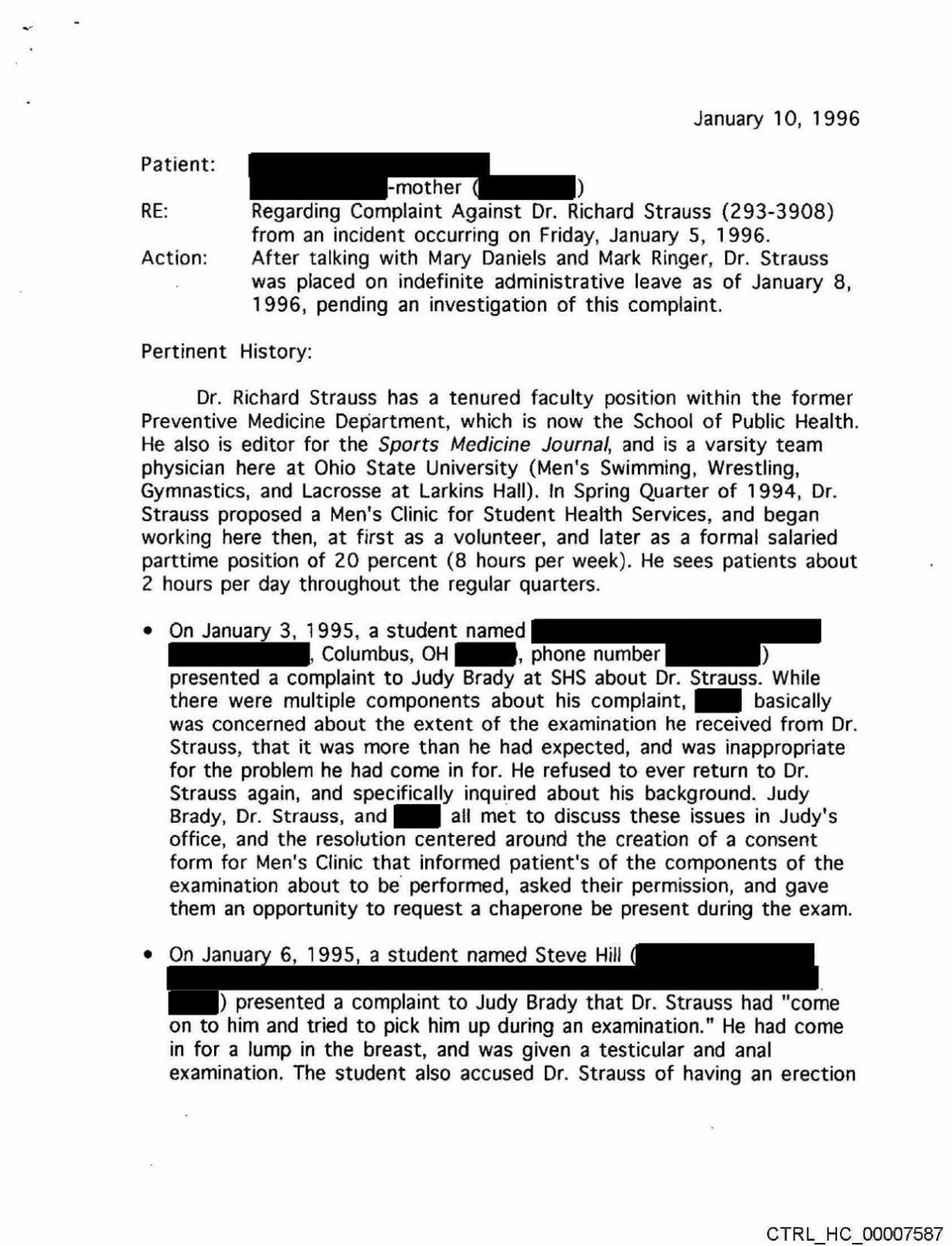 As reported by the Associated Press, Strauss retired in 1998, but allegations about his misconduct didn't become public until an ex-wrestler spoke out in 2018 — years after Strauss' death. Ohio State apologized publicly after an investigation conducted for the school concluded Strauss’ misconduct occurred in his work with various athletic teams, the health center and an off-campus clinic.

No one has since defended Strauss publicly.

Roughly 400 men have sued the university over its failure to stop him despite students raising concerns with school employees as early as 1979. Many of the men say they were groped during exams.

The university has pledged a “monetary resolution” for those Strauss harmed. It has reached nearly $47 million in settlements for 185 of the plaintiffs.

More lawsuits are pending. Some of those accusers have argued they deserve compensation more comparable to other major sexual abuse scandals in higher education, such as Michigan State’s $500 million settlement for the 500-plus female victims of imprisoned sports doctor Larry Nassar or the University of Southern California's $852 million settlement with over 700 women who accused a campus gynecologist of sexual abuse.

The Associated Press contributed to this report.

Southern Illinois University Edwardsville Chancellor Randy Pembrook has announced his intent to at the end of the 2021-22 academic year.

More Than 1,900 graduating from SIUC this weekend

Southern Illinois University Carbondale is honoring both May 2021 and all 2020 graduates in three days of commencement ceremonies at Saluki Stadium.

Stepping off the field: Roger Lipe reflects on 27 years as Saluki football chaplain

Roger Lipe, who is stepping down as team chaplain after 27 seasons, has always focused on the big picture: making players, coaches and staff better leaders, teammates and men.

The Paul Simon Public Policy Institute at Southern Illinois University Carbondale will host a virtual conversation with Julie Moore Wolfe, the mayor of Decatur, Illinois, on Wednesday, May 12.

Jacqueline Nash decided that preparing for final exams while working full-time wasn’t taxing enough. She is pursuing her master’s degree in he…

The exterior of the SIU Carbondale Student Health Center is shown. 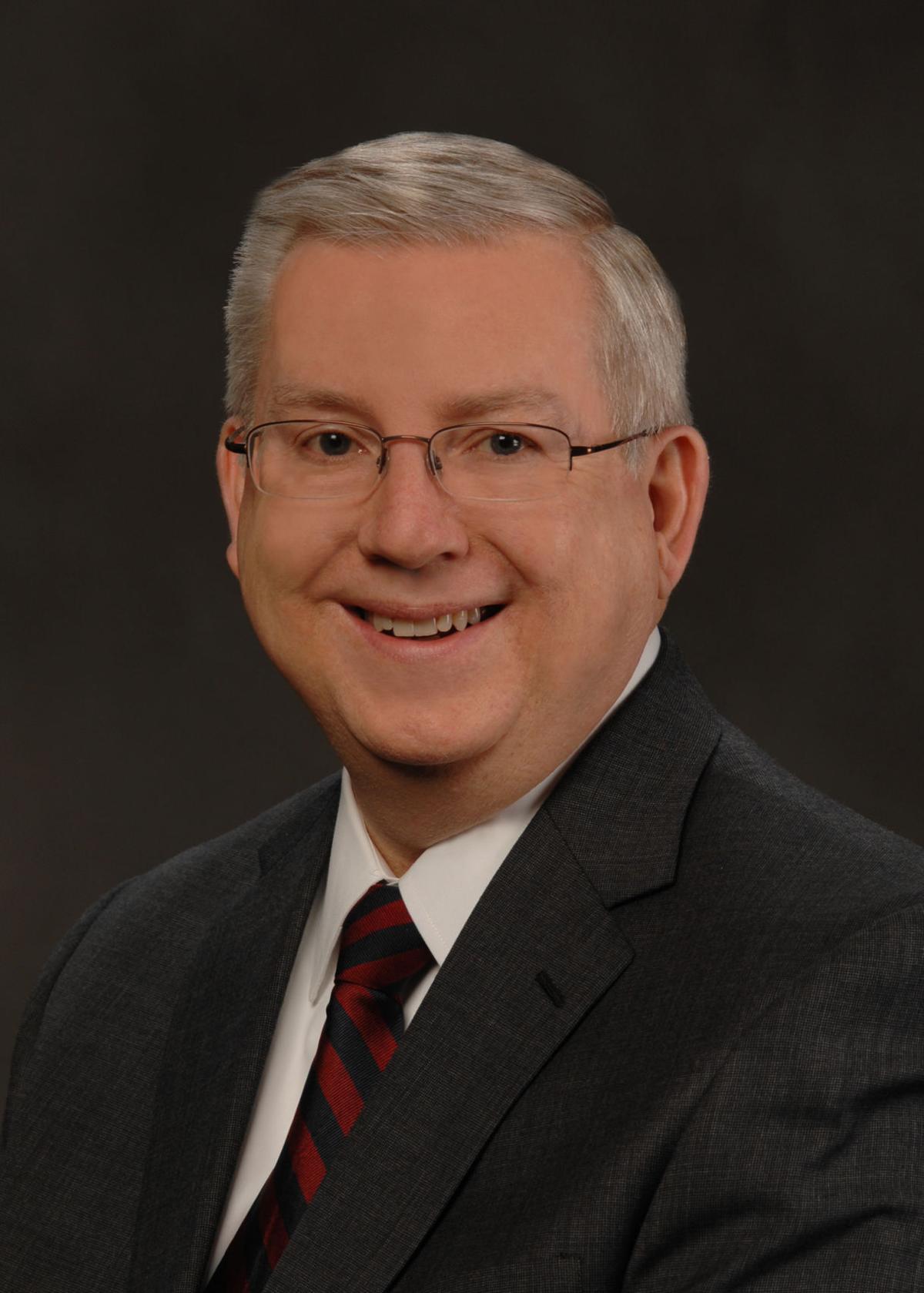 Ted Grace has served as the director of the Southern Illinois University Carbondale Student Health Center since 2008.