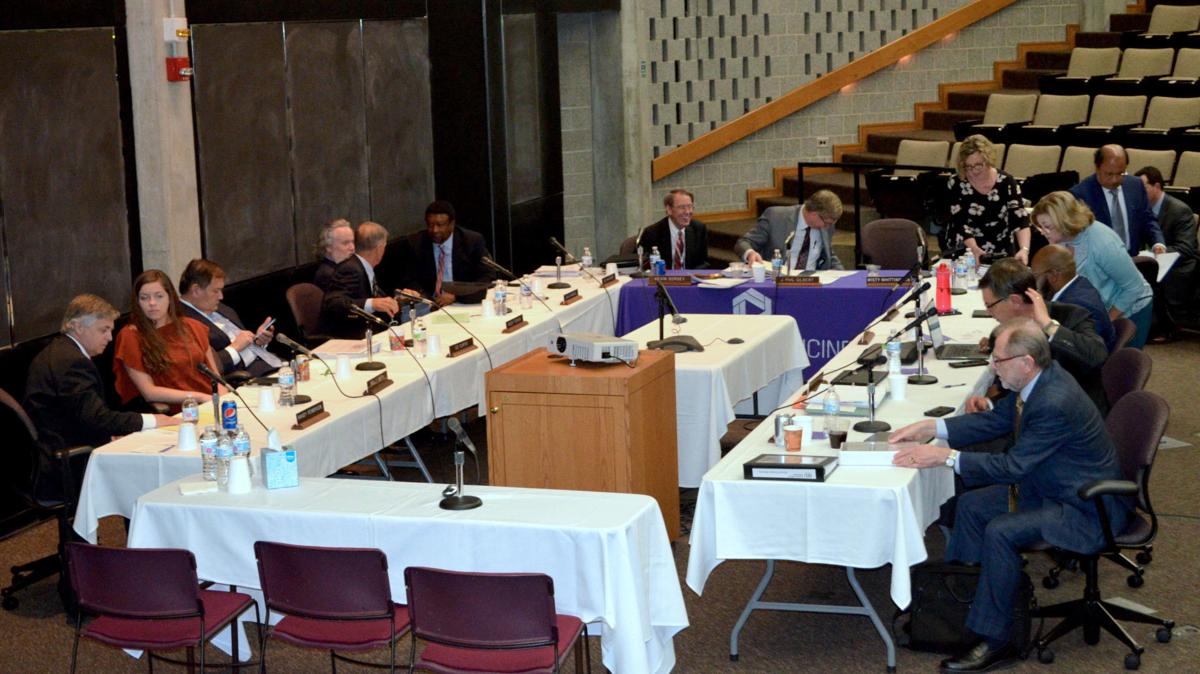 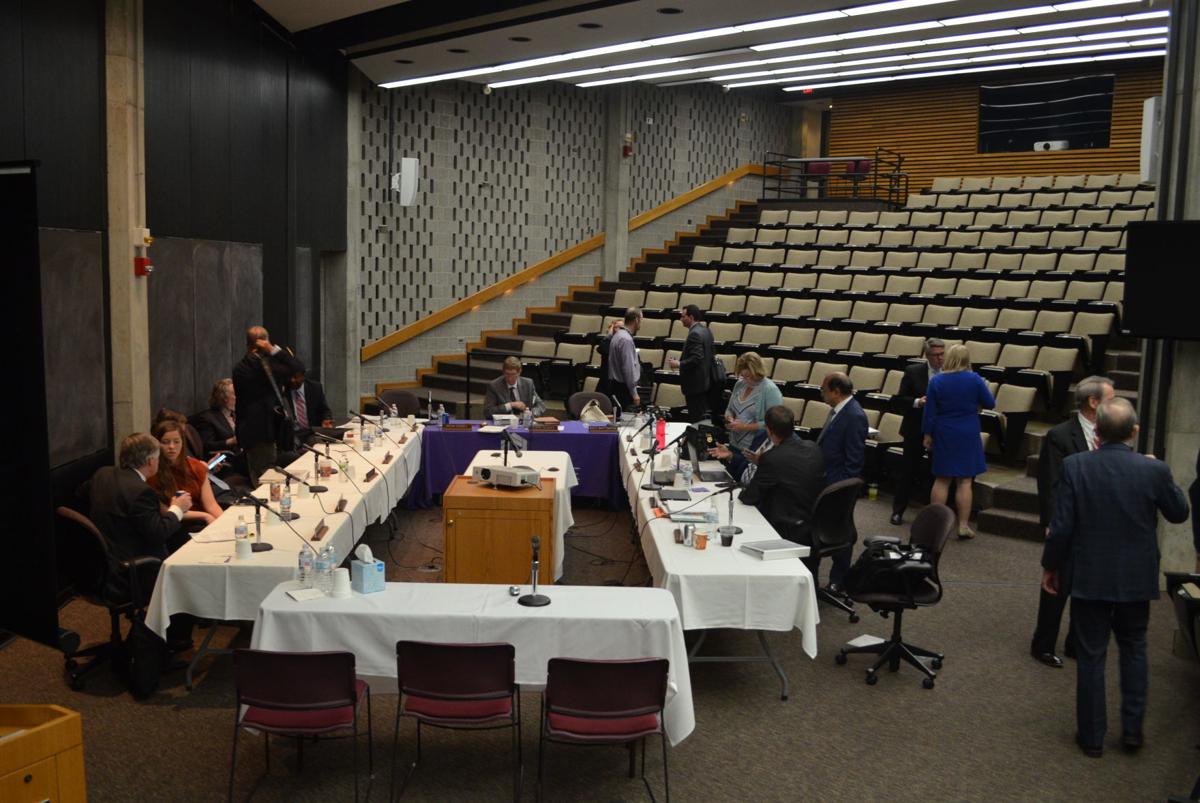 Now, at the advice of those specialists, the university will slow its search for a permanent leader in order to do some soul-searching.

The original timetable for the search to replace Interim President J. Kevin Dorsey (who himself replaced ousted SIU President Randy Dunn) had the SIU Board of Trustees interviewing finalists early this summer, and hiring a new president by August 2019.

Now, a final choice is expected to come about six months later, around Jan. 1, 2020, Board Chair Phil Gilbert said Wednesday during a meeting of the trustees in Springfield.

“The proposal is to continue to think about models of good governance and identify a mission, vision and strategic priorities for the system, before searching for a president,” Gilbert said.

Hurrying the hire, consultants cautioned, could bring in a leader without clear expectations and goals for that person, Gilbert explained.

The university’s principal adviser, Carol Cartwright, a former president at Kent State and Bowling Green universities who now works for AGB Consulting, a subsidiary of the Association of Governing Boards of Universities and Colleges, offered her critiques on SIU’s governance at a board meeting in late December.

She interviewed 18 top SIU personnel, across the Carbondale and Edwardsville campuses, she told the board.

“Everyone stated that there is no system plan, or, if there is one, no one knows what it is,” Cartwright said.

As SIU seeks to shed a year of competition and conflict between SIU Carbondale and SIU Edwardsville, it needs to answer fundamental questions about why the system exists, and what benefits it provides to each campus, Cartwright said.

“There is very little, if any, discussion about the economies of scale that could be achieved if you were thinking and working as a system,” Cartwright said. “The chancellors need to see themselves as part of a system and understand their roles ... the missions of the campuses relative to the system need to be clarified ... and you need to develop clear descriptions of the responsibilities of the system president.”

Some, like State Rep. Jay Hoffman, D-Swansea, have questioned whether the system office should be dissolved altogether, leaving the campuses to chart their own courses and fend for themselves in Springfield.

In his attempts to separate SIUC and SIUE, Hoffman has characterized the system office as an unnecessary layer of bureaucracy that saps taxpayer money.

But to Interim President J. Kevin Dorsey, the value is clear.

“There’s a synergy there,” said Dorsey, a former dean of the SIU School of Medicine. “Having the medical school working with the (SIUE) nursing school and the school of pharmacy, for example, just makes sense.”

Sticking together also gives Carbondale and Edwardsville more clout with lenders, and with lawmakers in Springfield, administrators point out.

Dorsey acknowledges that the long-term goals for his office are ill-defined.

He took the interim president’s job amidst the crisis of Randy Dunn’s dismissal, with one immediate mandate: calm everyone down.

“Stop the infighting, the bickering, the finger pointing, and, in so doing, make the job of the president attractive to good candidates,” Dorsey explained.

Now, with a fresh board of trustees, SIU is poised to find a long-term leader, and chart a new course, Dorsey said.

“This is a chance for us to change the way we do business,” added Mount Vernon-based Trustee Roger Tedrick. “Each campus has strategic plans. Now, the system needs a strategic lens.”

Pritzker appoints 5 new trustees to SIU Board; here's what we know about them

Tedrick was one of several recently appointed trustees who emphasized the importance of maintaining the unity of the SIU System at the Wednesday meeting.

In the next three to four months, Cartwright will help Dorsey and the board create a strategic plan for SIU and the president’s office.

The questions to be tackled sound dry, but they’re essential to the management of the campuses:

The new work with Cartwright will increase the AGB’s fee somewhat, said Board Chair Gilbert, but not so much as to require a competitive bidding process.

Meanwhile, the presidential search continues forward, on the revised timetable.

By May 1, the board hopes to finalize and convene the Presidential Search Advisory Committee that will pick semifinalists.

The panel will include representatives chosen by the students, faculty, civil service staff, administrative staff, alumni associations, and fundraising foundations of each SIUC and SIUE.

There will also be two community members appointed to the committee by the Board of Trustees, and selections by SIUE’s Black Faculty and Staff Association and the SIUC Diversity Council.

Dean Jerry Kruse, of the SIU School of Medicine, will also approve one member of the 26-person committee, which is to be led by Hightower, the new vice chair of the board. The goal is to have six to 12 qualified candidates identified by June 2019.

On Thursday, the board will vote to confirm this course of action, and to authorize purchases and contracts on both campuses, including the appointment of Bryan Mullins as SIUC’s $475,000-a-year head men’s basketball coach.

Before the meeting, SIU leaders will testify before the Illinois Appropriations-Higher Education Committee, to make their case for increasing state funding to the university.

Gov. Pritzker’s budget plan, released in late February, called for a 5 percent increase in funding to state universities across the board over last year, he told The Southern, while funding for an additional 16,000 Monetary Award Program (MAP) grants should encourage eligible Illinois students to stay in the state for college.

SIUE AD Hewitt announces he will retire in June

SIU leaders set goals for next university president, search to start this month

CARBONDALE — In March, the Board of Trustees of Southern Illinois University decided to slow its search for a new university president, to cla…