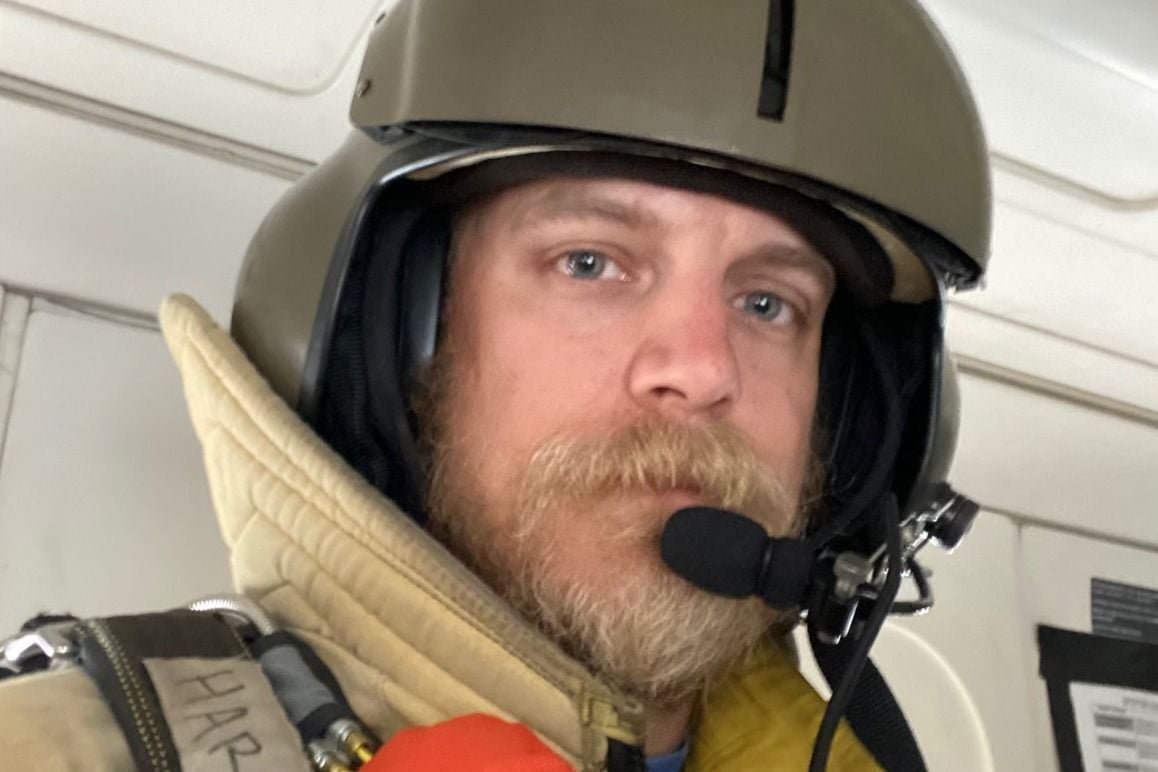 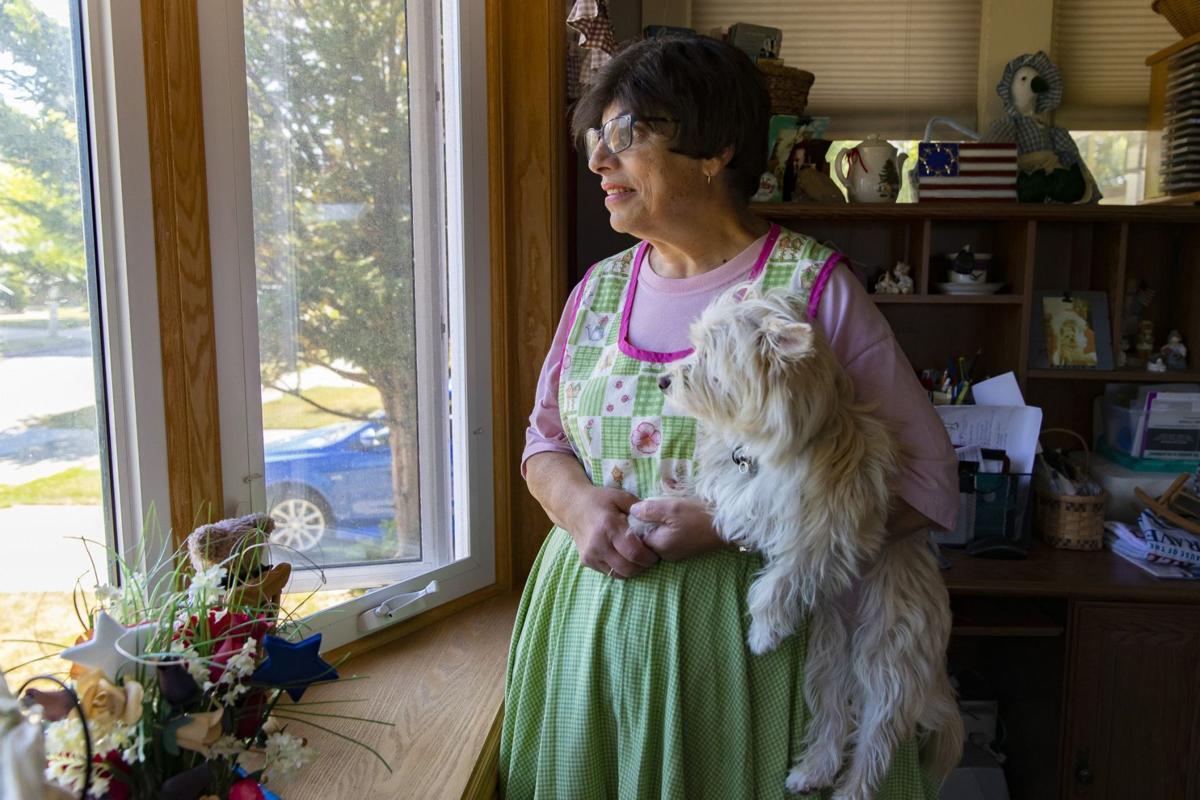 Pam Hart and her dog, Joey, look out of a window in their home in Kenosha on June 14. Her son U.S. Forestry Smokejumper Tim Hart died parachuting to fight a wildfire in New Mexico.

CARBONDALE — John Groninger remembers Tim Hart as one of those students you could not forget. As a professor of forestry at Southern Illinois University, Groninger said the 2006 graduate was someone who was driven and who had the energy to achieve.

“We have a lot of students who go through our program, but he’s one that has always stuck in my mind,” Groninger said.

He has been thinking about Hart a lot lately after learning of his former student’s death this month. Hart was parachuting to fight a wildfire on May 24 in rugged terrain of the Animas Mountains in southwestern New Mexico, near the U.S.-Mexico border.

Hart had been a squad leader at the West Yellowstone Smokejumper Base since 2019. He had been a wildland firefighter since graduation and accepted a smokejumper position in 2016. Hart was 36.

As COVID-19 rates dip, parents demand that masks be optional for students next fall

After Illinois launched phase five of its COVID-19 reopening plan earlier this month, Wilmette resident Ted Dabrowski enjoyed a jubilant dinner with family and friends at a North Shore restaurant — a celebration that epitomized his long-awaited return to normalcy.

Smokejumpers are firefighters who parachute into remote areas in an effort to contain wildfires fires before they grow out of control, often removing brush and other fuel sources in the line of the fire. The U.S. Forest Service reports that Hart suffered multiple injuries after a hard landing. He was airlifted to a hospital in El Paso, Texas. The Forest Service is investigating the accident.

Hart was remembered at a memorial service Saturday in Cody, Wyoming, where he had made his home with his wife Michelle. His flag-draped casket was carried by a Forest Service honor guard. Wyoming Gov. Mark Gordon and U.S. Forest Service Chief Vicki Christiansen both spoke, as did his mother.

“My son died, but not in vain, and not for nothing. He died doing a job that he truly loved to do. As his mom, I am sad that I will not see or hear my son again, but I am so very proud of the man. He was doing a job he loved,” Pam Hart said at the service.

Groninger said that Hart knew the risks of his career.

“It is a very dangerous business, but I can’t say it enough: he was doing what he loved,” Groninger said.

"Tim won the lottery,” his sister Meg told the Chicago Tribune. “He wanted to be a smokejumper. He got the wife, the house, the land and the dog he wanted. His life was absolutely perfect. … I don’t know a lot of people who could say they absolutely loved their job and their life, but Tim could."

The West Yellowstone Smokejumpers Welfare Fund established a GoFundMe page to raise money for Hart’s widow. The two were married in 2019. To date the appeal has raised more than $122,000.

Geophysicist explains why an Indiana earthquake was felt in Illinois

Thursday's earthquake is the largest recorded in the area since a magnitude 4.0 earthquake near Middlebury, Indiana, in 1984.

CARBONDALE — Dozens of people who love fresh produce are glad that Joe Brumleve listened to his mother. Otherwise, they might not be enjoying …

Sudanese man in NYC unable to talk to family

Sudanese man in NYC unable to talk to family

Pam Hart and her dog, Joey, look out of a window in their home in Kenosha on June 14. Her son U.S. Forestry Smokejumper Tim Hart died parachuting to fight a wildfire in New Mexico.