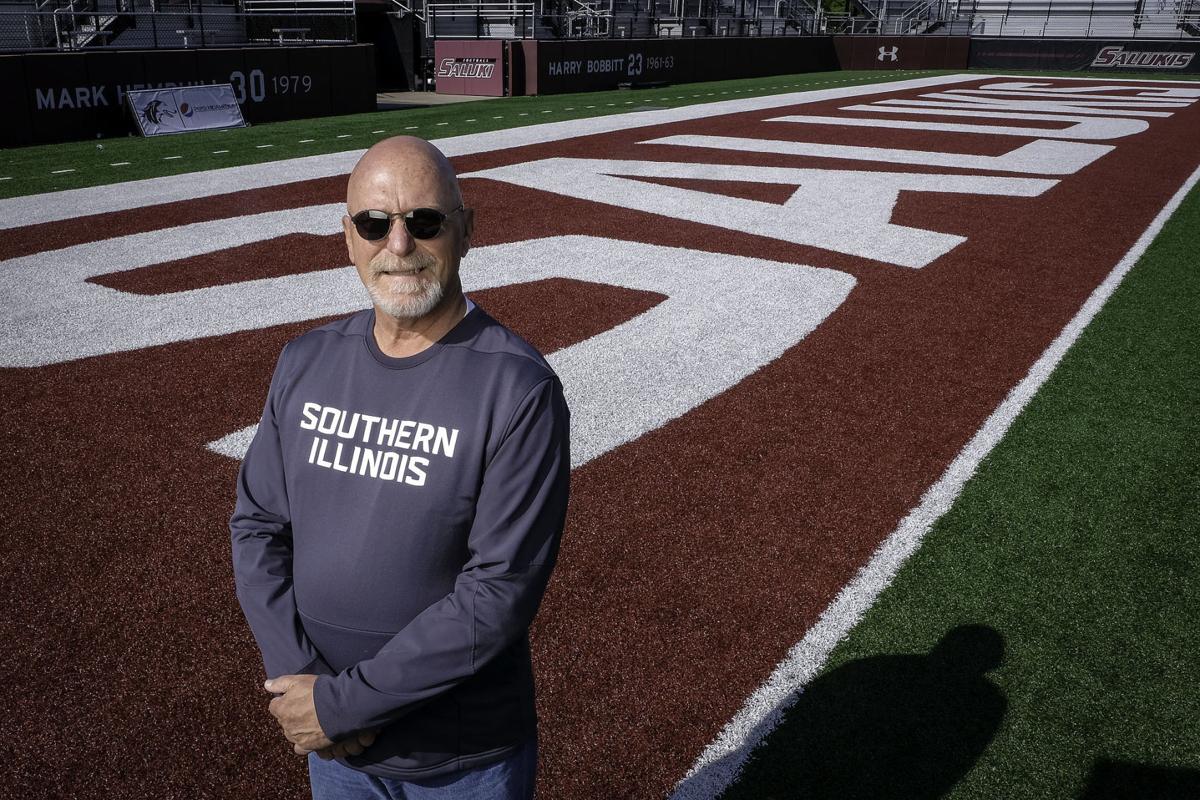 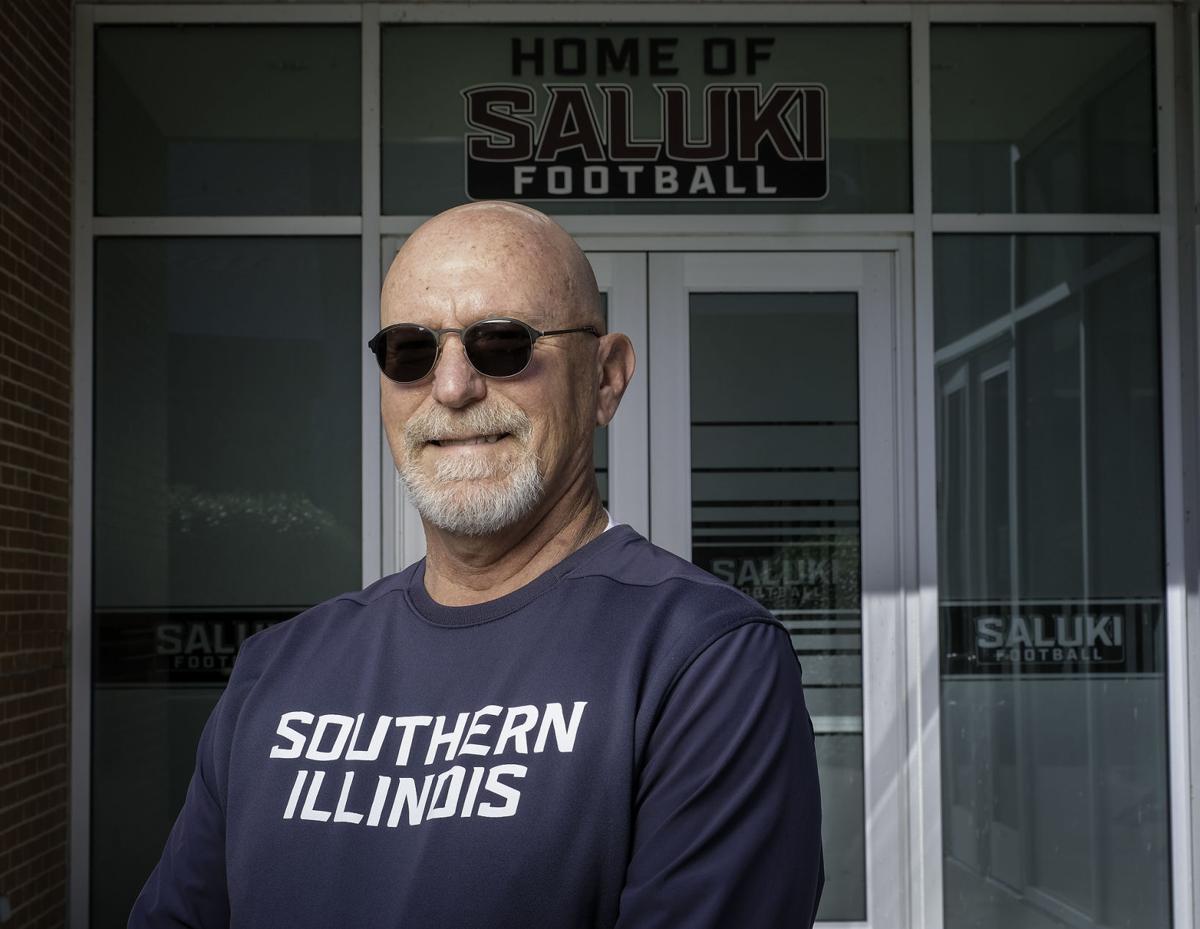 In nearly three decades of working with Saluki football, the outcome of the game was never Roger Lipe’s main concern.

Lipe’s work with the team — a natural outgrowth of his role as role as campus representative for the Fellowship of Christian Athletes — has allowed him to, in his words, to “lead, encourage and inspire,” while using sports as a vehicle to share the Christian faith.

A fixture at football practices, road trips and sidelines on game days, Lipe serves as the team’s “get back” coach, responsible for making sure players who are not supposed to be on the field stay on the sidelines.

Lipe said he is stepping down because it is time for a younger person to fill the role.

“There’s not one single position on a bus that is comfortable for me anymore and on game days, my joints really think I’m old,” Lipe, 64, said, adding that he logs about six or seven miles on the sidelines during games.

“I’ll talk about one of the themes that coaches are emphasizing, but I’ll just happen to illustrate those points with scripture from the Bible instead of from football analogies or stories,” he said.

Additionally, during games he said his role is to “pat guys on the back and encourage, to challenge and to try to help them be their best on that day.”

He said he also has worked with the football coaching staff, leading book discussions and working on personal and leadership development. At practices, Lipe’s goal was simply to be present and build relationships.

It was those relationships which have led to lifelong friendships with former players and coaches, as well as countless memories.

“Those things are all very relational in nature. There were some real intense moments — maybe on the field or maybe in an emergency room,” he explained. “It happened in the arena of sports because that is where the depth of the relationship developed. It’s moments like that made me feel like I was uniquely prepared to serve in those moments.”

Lipe said he always stresses that there is more to life than football.

“Football is really a launching pad; all of these guys are going somewhere. It never has been my nature to be pushy or terribly religious, but I was going to lean on them a little bit,” he said. “I was going to be present and I offered whatever I had to help them become the man they want to be — to develop as a man, as a father and a husband,” he said.

He has been an integral part of both players and coaches’ lives, performing wedding ceremonies for former players and making himself available to listen, talk or pray. He was ever-present during Coach Jerry Kill’s hospitalization after suffering a seizure during a game in 2005 — even sleeping on the hospital room floor.

Lipe has worked with five SIU head coaches since Shawn Watson asked him to serve as chaplain in 1994.

"It was the oddest thing. He had just come to town and I just went in to welcome him. I offered to pray for him and told him if there was anything I could do, I’d love to help,” Lipe recalled. “He said, ‘When I played here, we had a team chaplain. Would you do that for me?’ I said sure, but had no idea what it was.”

Lipe said he learned as he went and designed the role as he went. It has worked well for Lipe, coaches and players.

“Roger has been a great resource for athletes having a tough time with something or those who just need to talk something through,” said Joel Sambursky of Carbondale, a former quarterback at SIU. “What’s really great about Roger is he’s focused on helping you succeed in life. He’s not just talking X's and O's, he’s listening to you and coming with a perspective full of wisdom and guidance.”

Lipe said he will continue to work with other SIU sports, but not exactly the same way as he has with Saluki football. As for his 27 years on the side line and practice field, Lipe said his tenure has been “extremely rewarding,” and used a single word to describe his tenure.

“Privilege,” he said. “It has been a privilege to serve.”