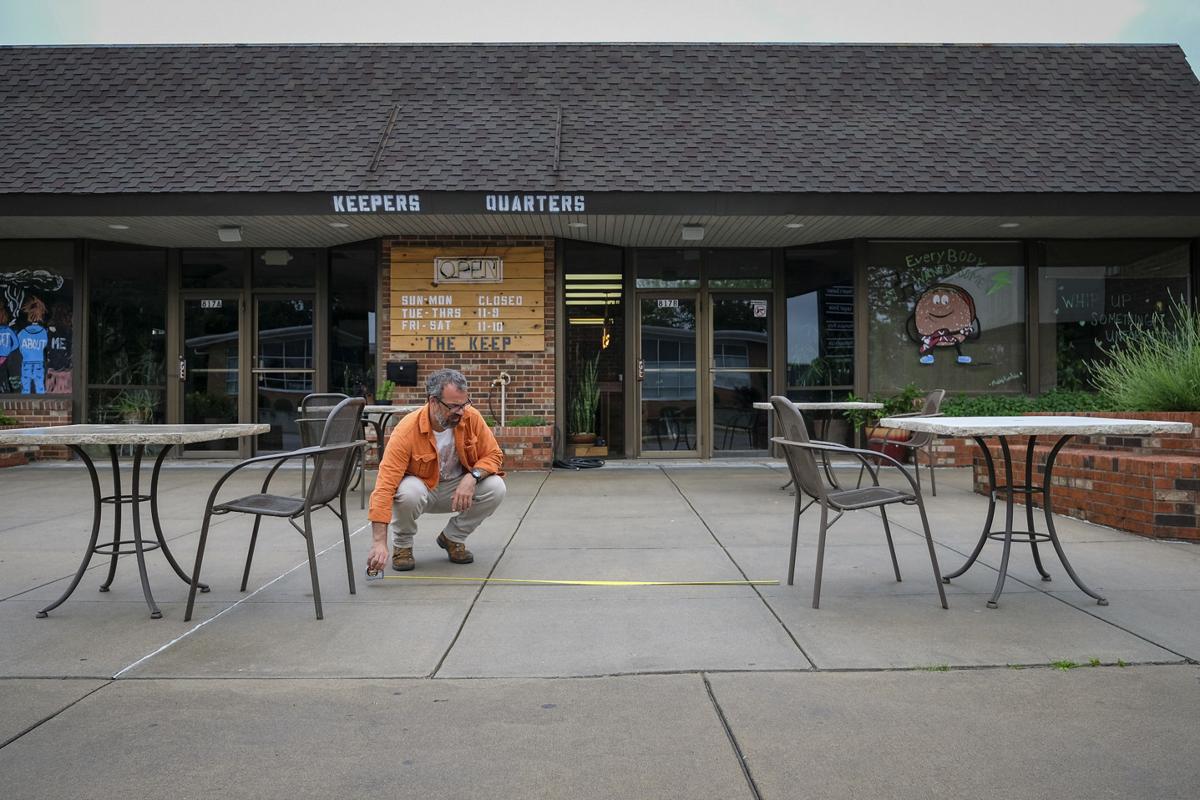 Doug Robinson, owner of Keepers Quarters, measures the space between tables on May 27 as he prepared to start offering outside dining following IDPH guidelines as part of Illinois' reopening plan. 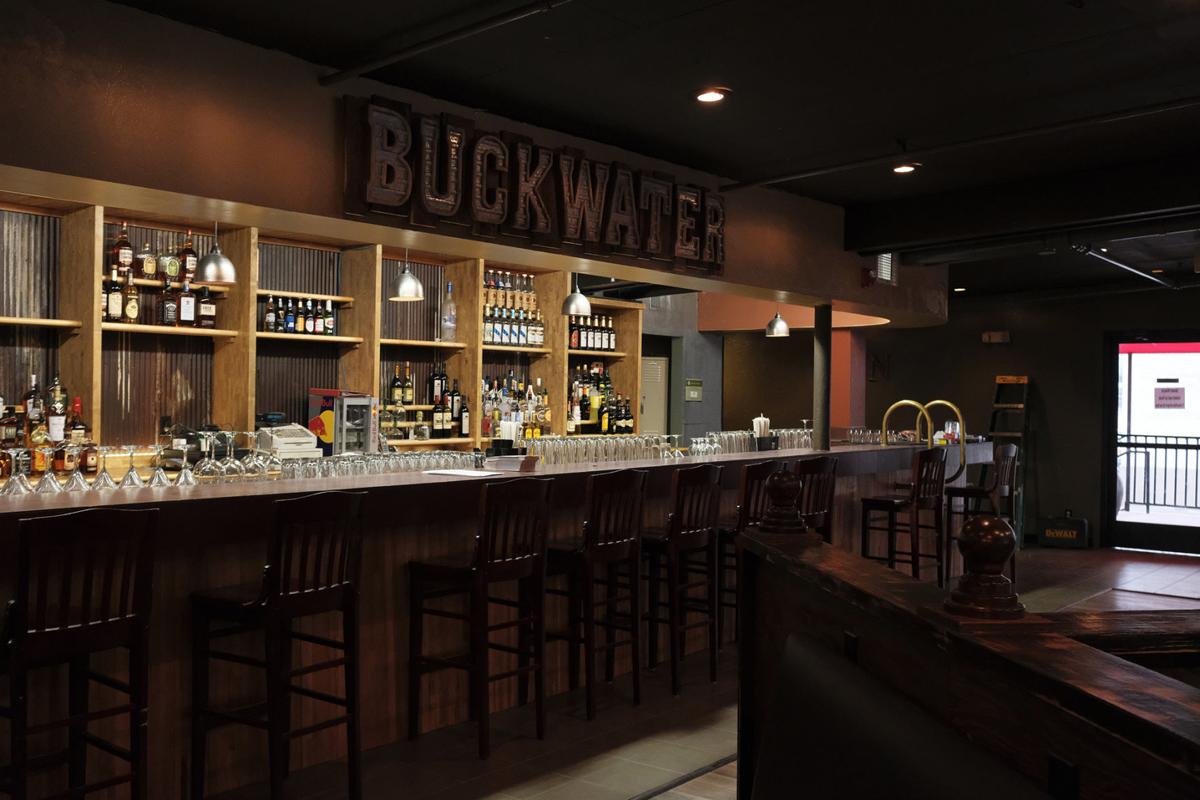 The main bar inside of Buckwater Brew Works and Whiskey House is pictured in February in Carbondale.

CARBONDALE — As some restaurants are finding ways to make it work in the uncertain COVID-19 marketplace, others are pushing the pause button.

In March, hard restrictions on businesses were put in place by Illinois Gov. J.B. Pritzker's office to help keep COVID-19 cases low as the virus started to make its way through the sate. Restaurants and bars went months without much of an ability to do business outside of carryout. As time drew on and restrictions loosened, some started with patio dining and eventually were allowed to have people inside so long as there are fewer than 50 people. But for many, it just hasn't been enough to justify staying open. Some are closing for good, while others plan to just wait out COVID, at least until things get a bit better.

Doug Robinson, head chef and owner of Carbondale’s Keepers Quarters, posted some hard news to his restaurant’s Facebook page over the weekend.

“It is with a heavy heart that I must announce Keepers Quarters will be closing for an undetermined period of time after tomorrow,” Robinson wrote Friday.

Southern Illinois businesses attempt to bounce back from pandemic economy

“... Due to the increase in cases of COVID 19 in southern Illinois, we are going to temporarily suspend operations. We are doing this for the safety of our employees and our customers,” the Buckwater post reads.

Both restaurants made their announcements as COVID-19 cases have surged in Southern Illinois. Four Southern Illinois counties — Jefferson, Perry, Franklin and Union — are at a warning level for COVID-19, based on Illinois Department of Public Health metrics. Jackson County was considered at a warning level last week and the week before after a spike in cases, but was removed from the list this past Friday.

“Closing for (2 1/2) months, doing carry out only, operating with patio only and then gradually getting back limited indoor service has caught up with us,” he wrote.

“This year has been nearly impossible to navigate for most (businesses), especially for the hospitality industry,” his post said.

Talking with The Southern Monday, Robinson said Keepers Quarters wasn’t in danger of going dark forever, but he added that had he tried to limp along as he was, there was a risk of losing the businesses for good.

"I fear if we do not bow out now there will be no coming back," he wrote in his Facebook post.

Robinson also said a faithful patron even offered him a “five-figure” donation, no strings attached, to stay open. But Robinson said he had to refuse it. He said the money, though wildly generous, would only last a few weeks before he would find himself in the same position he is in now.

Robinson said his workers understood his decision, however hard it might have been to hear. But, Robinson added that even in such a dark time as a pandemic, the community still finds ways of being supportive. Robinson said after he made his post announcing the temporary, voluntary shutdown, Rendleman Orchard leadership reached out to say they would hire as many of his staff as they could just to help out.

Both Buckwater and Keepers Quarters were clear in their dedication to open again, though.

Robinson shared a similar sentiment when he said his restaurant was “down but not out.”

State and local officials in the Metro East area near St. Louis cautioned residents on both sides of the Illinois-Missouri line Monday to be diligent about protecting themselves and others from COVID-19.

Redistricting reformers seek to change to mapping process in Illinois

Using Representable, residents can input information about their communities to draw more “actionable” maps for use by lawmakers during redistricting, said company co-founder Preet Iyer.

Monday marked the first day of fall semester classes at SIU, and along with it, an update to the student conduct code outlining expected student behaviors related to the COVID-19 pandemic.

Carbondale Police said that two incidents Monday of shots fired, of which resulted in a death, are related and involved the same acquaintances in the ongoing dispute.

The annual celebration of horsepower has been postponed because of concerns about the COVID-19 pandemic.

Doug Robinson, owner of Keepers Quarters, measures the space between tables on May 27 as he prepared to start offering outside dining following IDPH guidelines as part of Illinois' reopening plan.

The main bar inside of Buckwater Brew Works and Whiskey House is pictured in February in Carbondale.