SPRINGFIELD — The state announced another 1,384 new confirmed cases of COVID-19 Friday on its second straight day of reporting more than 40,000 test results.

The one-day passivity rate of the 43,692 persons tested was 3.2%, which brought the seven-day rolling positivity rate to 3% — a decrease from the previous day.

“Community based and mobile testing sites have increased access to COVID-19 testing throughout the state, resulting in over 40,000 specimens tested for the second consecutive day,” the Illinois Department of Public Health announced in a news release. “Mobile testing sites will continue to visit counties in Illinois to ensure all residents have access to COVID-19 testing in their communities.

The state also announced another 22 COVID-19 related deaths, bringing the total fatalities since the pandemic began to 7,272 among 159,334 confirmed cases in the state’s 102 counties.

More than 2.16 million tests have been completed in the state since the pandemic began.

At the end of Thursday, there were 1,431 people in Illinois reported to be in the hospital with COVID-19. Of those, 309 patients were in intensive care units and 128 were on ventilators.

All of the numbers were near their lows of the pandemic, but officials still warned that precautions such as social distancing, wearing face coverings and frequently washing hands are needed to prevent a wider spread.

Public officials took to Twitter to dispel social media rumors about potential COVID-19 actions. Tweets from Pritzker’s chief of staff and press secretary indicated the governor’s office has no impending orders to force schools to operate on an only-remote bases in the fall or to shut down in-person dining at restaurants and bars.

While the governor did announce a plan this week that contains parameters for moving certain industries backward if sustained increases in certain virus metrics are met, none of the state’s 11 regions had met any of the metrics as of Friday. 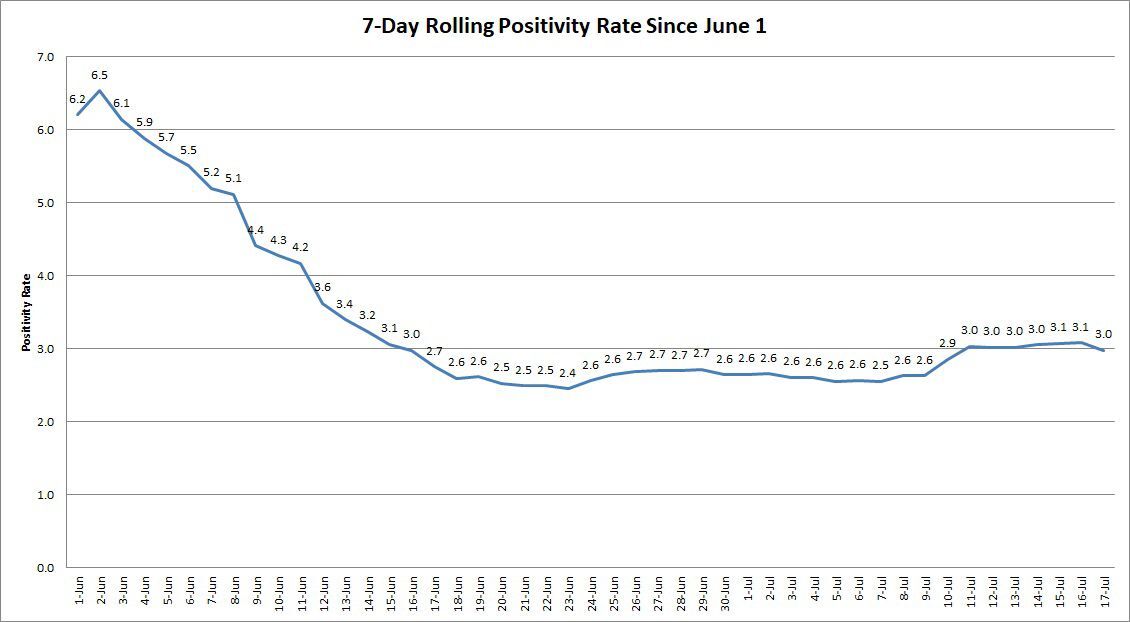 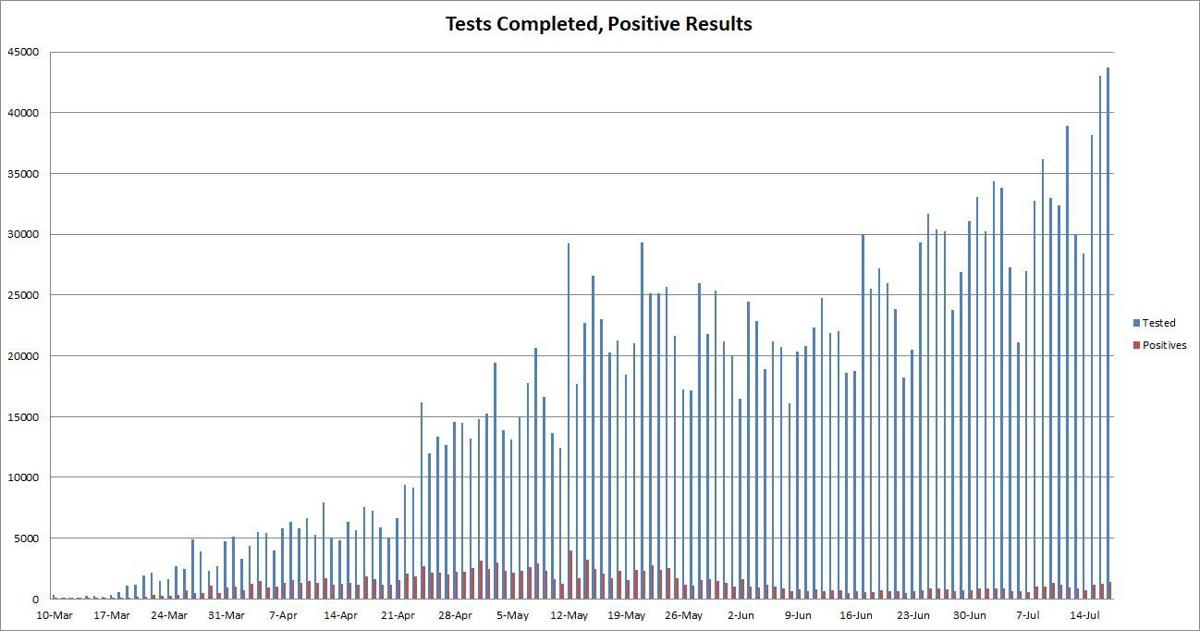