The Illinois governor singled out the region in a news conference July 22 as tests for COVID-19 in the region were coming back positive more than twice as often as the statewide average. The rate put the Metro East “dangerously close” to the threshold for some pandemic restrictions to return, and Pritzker directed local officials to act.

“I have spoken with local leaders and asked them to clamp down on the outbreaks where they are occurring,” Pritzker said. “So the state won’t have to step in.”

If the region goes three days with an average positive test rate of at least 8%, new rules could include limits on restaurant dining, closure of personal-care services and stricter gatherings caps. Metro East mayors and county leaders have since stepped up public information campaigns, but have in most cases stopped short of creating new rules or closing businesses in response to the governor’s call to action.

“As a mayor you don’t want to be the heavy hurting businesses that are already struggling after months of closures,” Belleville Mayor Mark Eckert said. “But you also don’t want this to become the center of the outbreak in Illinois. We don’t want that kind of attention and then the businesses may have to close anyway. They won’t have a choice.”

The outlook for the region, which under the state’s reopening plan includes St. Clair, Madison, Monroe, Clinton, Washington, Bond and Randolph counties, has improved slightly since the governor’s warning. Its positivity rate dropped from 7.8% on July 25 to 7.5% by the latest count Aug. 9.

But the rate remains the highest in the state and, according to mayors and county officials, is still uncomfortably close to the 8% mark.

“We know it won’t take much going wrong to hit that 8%,” St. Clair County Chairman Mark Kern said. “So we are concerned.”

The seven-county region has had more than 8,600 confirmed cases of the coronavirus and 275 related deaths since the start of the pandemic. The statewide number of cases hit 198,593 on Wednesday and total deaths stood at 7,672.

In the Metro East counties closest to St. Louis — St. Clair, Madison and Monroe — the seven-day average for new daily infections has risen at a particularly high rate this summer, going from 52 on July 1 to 151 by Monday.

Both Pritzker and local leaders have hinted that Illinois’ connection to neighboring states with looser restrictions and higher case rates, including Missouri and Iowa, could be connected to the surging cases in the region.

Illinois has had a statewide mask mandate in place since May, while Missouri and Iowa have let local governments pass their own regulations. The result is a piecemeal approach where places like St. Louis and St. Louis County require masks, while nearby communities in St. Charles and Jefferson counties do not.

Many in the Metro East are aware of the governor’s warnings, said resident Colleen Thomas, 36, who was walking with her 3-year-old daughter down East Main Street in Belleville on Tuesday with a mask on.

“A lot of people are talking about it, saying we could shut down again,” she said. “It’s got my anxiety up, because you remember what it was like stuck in the house and you don’t want to go back there.”

“One problem is I think there is a certain group that is in a denial that this is a problem,” Kern said. “So I don’t know how to break through to them, but we are doing everything we can.”

Kern said the county has had to send out warning letters to some businesses and forcibly closed one for not following social distancing orders. He declined to name the shuttered establishment.

Kern said he wasn’t considering more county-level regulations, but would leave it to the state’s plan or city leaders to decide.

So far, one city in the county has taken the step of issuing a local restriction. East St. Louis Mayor Robert Eastern III limited business hours to no later than 10 p.m. for everything except takeout and drive-thru services, to cut down on activity at bars and nightclubs.

Eastern himself, along with at least eight other East St. Louis employees, tested positive for the virus. The mayor recovered in July but said in a livestream video posted to the city’s social media pages last week that he felt lucky to come out unscathed.

“After contracting the virus, it made me feel like we needed to do something else,” he said about his decision to cut bar hours.

In nearby Cahokia, Mayor Curtis McCall Jr. said he would also consider local orders if case numbers continue to rise. The city has created a mobile health care testing site that drives into neighborhoods to perform COVID-19 tests.

“We know that in communities of color, we are impacted by the virus at rates many times higher,” McCall said. “But there’s still a stigma now in getting tested, so we are working to try to stop that. People can see their neighbors go get a test so maybe they will, too.”

McCall said he’s still concerned about gatherings in Cahokia, and has kept the village’s largest park closed to prevent parties.

“I took a ride through the village on the Fourth of July and it was staggering to see the amount of people who were congregating and having parties,” the mayor said. “It was disturbing to see.”

In Belleville, Mayor Eckert said the city was helping to make it easier for businesses to comply with health orders before considering restrictions.

“We want them to still be in business, we just want to avoid a festival-type atmosphere,” Eckert said, adding that the city would crack down on businesses throwing large parties or concerts.

Eckert, like many other Metro East mayors, said the city has already seen losses in tax revenue this year and has had to deal with virus cases within its own staff.

Swansea village administrator Ben Schloesser said the city is also trying to strike a balance between business interests and encouraging compliance with orders.

“We don’t want to be draconian if we don’t need to be,” he said, adding that so far there seems to be no appetite in Swansea for local restrictions on top of the state orders.

In O’Fallon, Illinois, Mayor Herb Roach said he sent letters to more than 700 businesses about Pritzker’s warning, but agreed with most mayors that it wasn’t time for local restrictions.

“I believe that now the word is out, and people have gotten the message that we’ve gotten close to that magic 8% number,” Roach said. “I think hopefully we’re going to see a turnaround.”

In Madison County, positivity rates have been above the state’s 8% threshold, reaching a seven-day average of 8.5% in the county Tuesday.

County leaders were among other regional ones who questioned Pritzker’s pandemic response in the spring. The county board of health voted May 12 to reopen earlier than the state ordered, though the legality of the plan quickly came under question.

The board passed a resolution that attempted to lift all business and gathering restrictions by the end of June.

Madison County State’s Attorney Tom Gibbons advised in May that businesses were still required to follow the state order, and the local guidelines were not legally enforceable. The mayors of Edwardsville and Alton also released statements saying their cities would be following the state, rather than the county plan.

But despite the early push for reopening, county health officials say social distancing messaging has been a priority.

Yeager said a staff of nine nurses is handling all the contact tracing for the county, including each day calling hundreds of people with positive tests or exposures.

“There are 36 health department staff total to serve 265,000 residents,” Yeager said. “So it’s been a lot and we’re watching the case numbers closely.”

In Metro East hospitals, the rise in cases have also caused new admissions of suspected or confirmed COVID-19 cases to go up from about two per day in late June to about four a day in early August, according to the Illinois Department of Public Health.

Dr. Angela Holbrook, emergency department director at Memorial Hospital Alton, said that she’s noticed a few more COVID-19 patients recently, but the hospital so far has plenty of capacity for the current need.

“There’s always the challenge at our hospital and across the country in having adequate number of nursing staff,” Holbrook said. “So if cases rise here, that will challenge us even further. We don’t want that to happen.”

Illinois reported its highest single-day number of new COVID-19 infections in more than two months Friday as the state continued to experience a resurgence of the novel coronavirus disease. 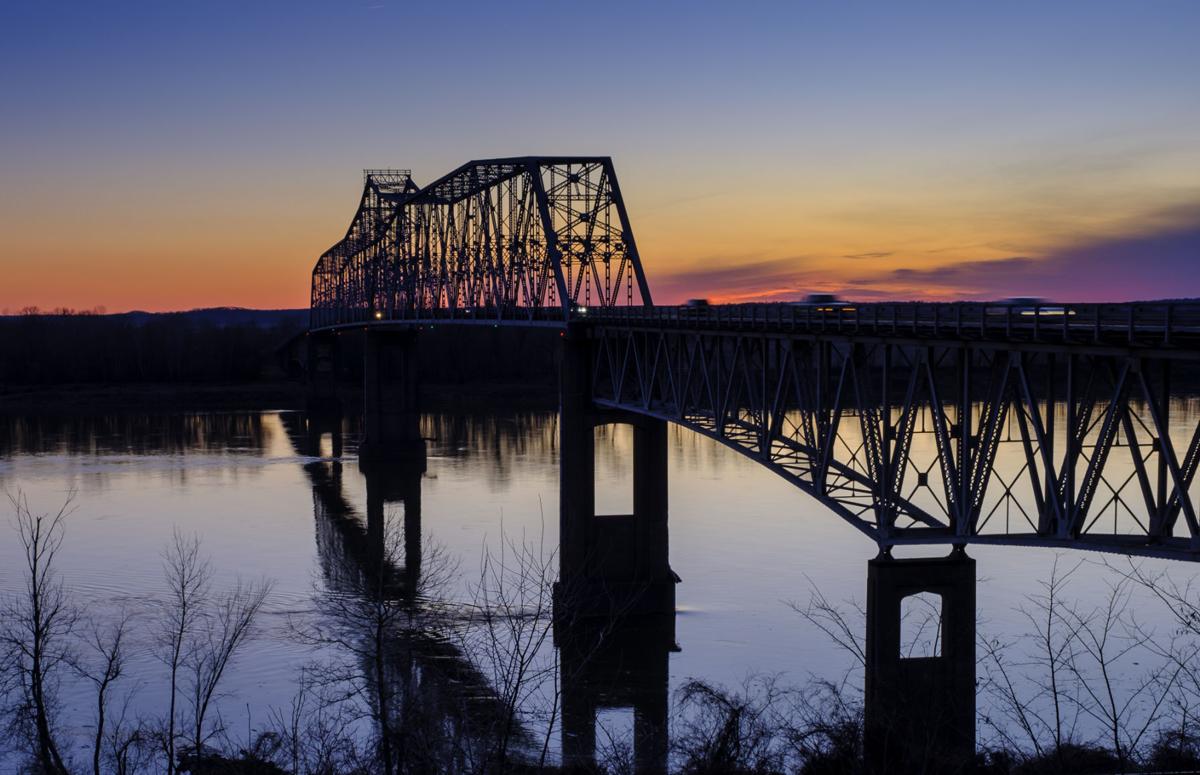 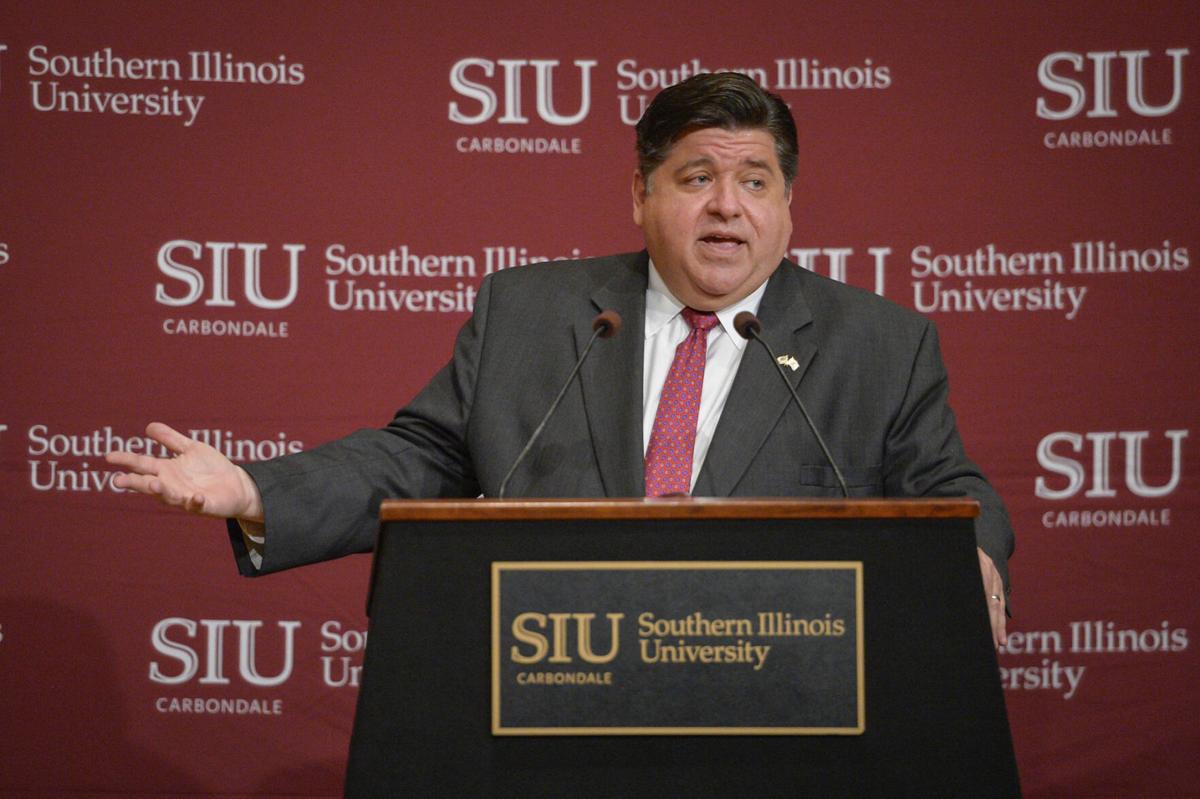