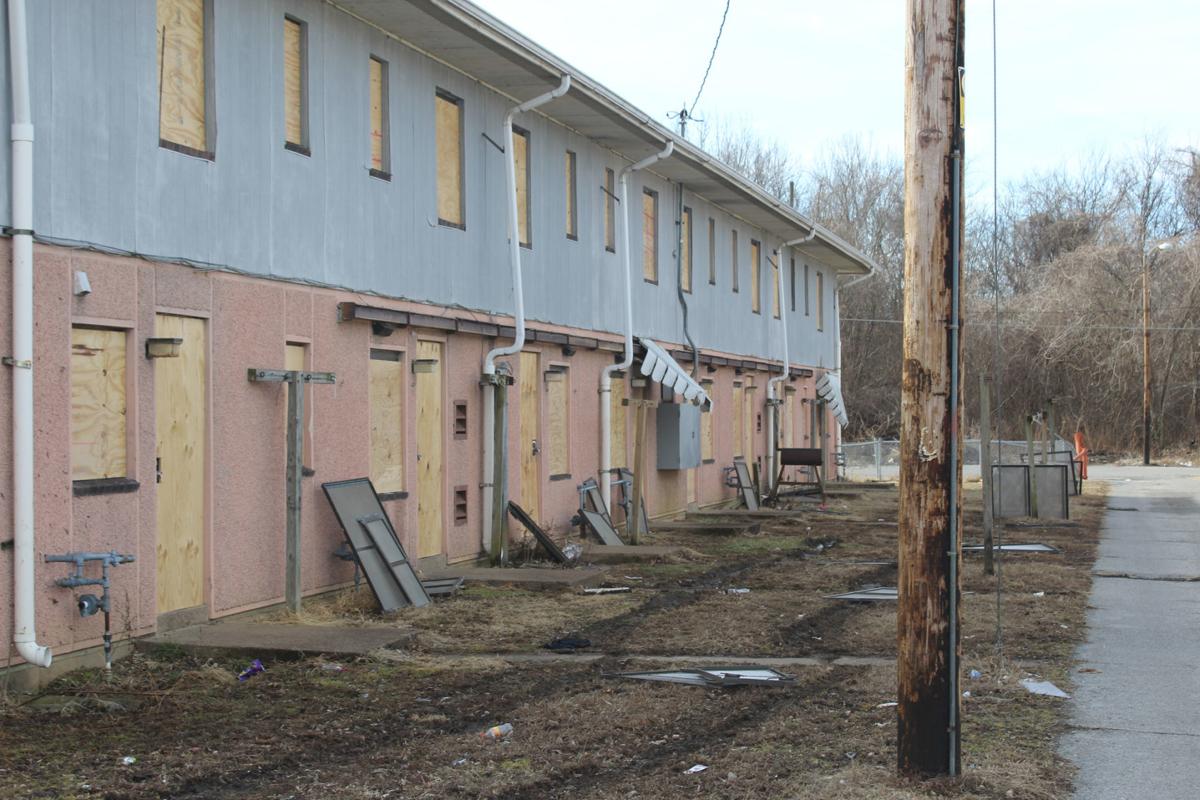 Doors and windows of units located at the McBride Place are boarded up in Cairo. 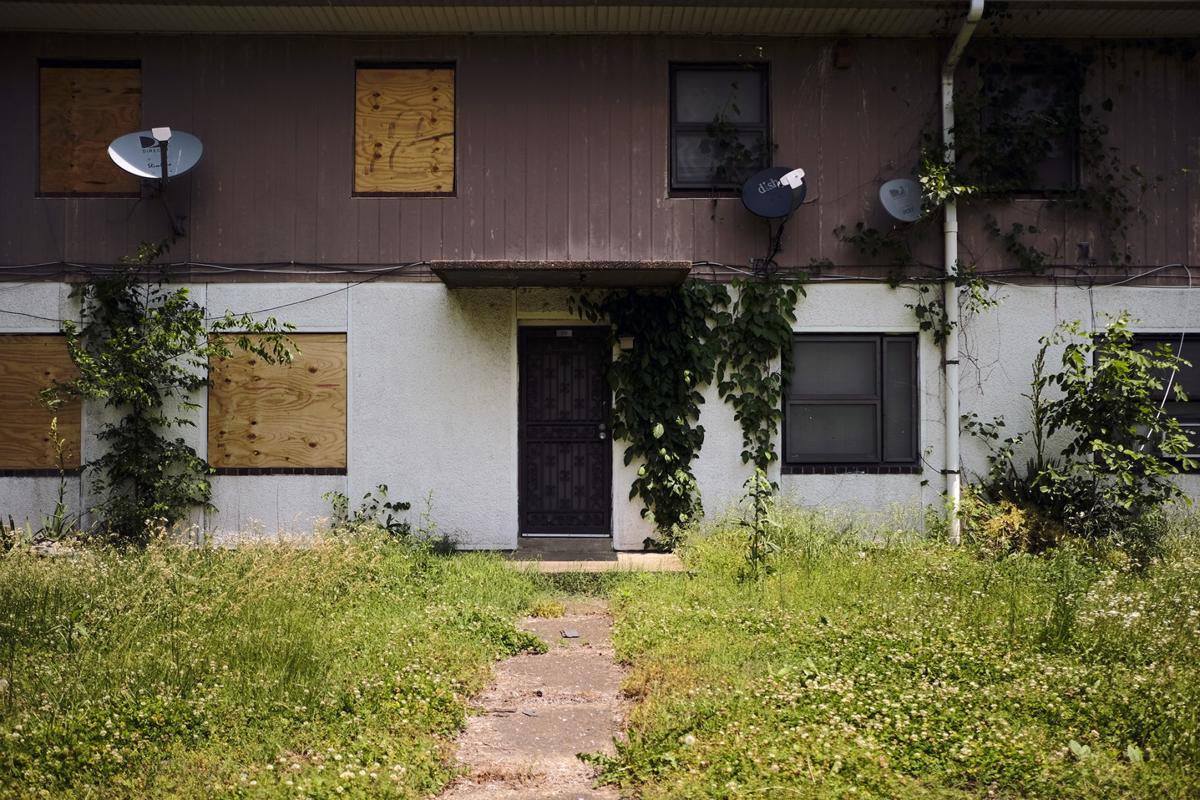 CAIRO — A congressional House panel will hold a hearing Tuesday concerning the U.S. Department of Housing and Urban Development’s failed oversight of the Alexander County Housing Authority — though no one from HUD's program offices was asked to participate.

Sara Pratt, who served as the deputy assistant secretary of HUD’s Office of Fair Housing from 2010 to 2015, questioned the purpose of a hearing that will not include any senior representatives of relevant HUD offices, public housing experts or industry representatives, or the affected citizens of Cairo.

Now a Washington-based private attorney, Pratt, in her former role at HUD, reviewed and approved assessments conducted by fair housing officials in HUD’s Chicago office that found the Alexander County Housing Authority to be in violation of the Civil Rights Act.

Those findings laid the groundwork that eventually forced senior HUD staff to approve a takeover of the local agency in early 2016.

The House Financial Services’ Housing and Insurance Subcommittee has invited only two witnesses, as of Friday: Jeremy Kirkland, acting deputy inspector general for HUD’s Office of Inspector General; and Rep. Mike Bost, R-Murphysboro, whose district includes Alexander County. The inspector general’s office investigates fraud and abuse involving HUD funds and routinely audits HUD programs and makes recommendations for improvements. But the inspector general operates independently of HUD, which is charged with carrying out any policy changes.

The hearing will focus on a July report concerning the Alexander County Housing Authority by the inspector general, which took HUD to task for not stepping in sooner to protect nearly 200 children and their families living in unsafe public housing complexes in Illinois’ southernmost city.

The 28-page report claimed that high level officials with the federal housing agency delayed taking action as they worried over potential “political repercussions,” negative attention, and the cost of taking the housing authority into receivership.

Sarah Flaim, communications director for the committee, said the inspector general was invited “so that we can hear firsthand from the people who wrote the report.” Members will be able to ask questions to gain a better understanding of the report’s contents, she said. “That would then inform future steps, which could include inviting a HUD official (to a future hearing) or maybe legislation, if necessary,” she said.

Bost, who was added as a witness on Friday afternoon, said that his intention is to bring Cairo's concerns before his colleagues in Congress who may not be familiar with the town. Bost said these problems "won't be solved in one day" but that he's hopeful "we can begin impacting meaningful change by bringing the plight of Cairo to the Halls of Congress."

But Pratt, the former HUD official, said the agency's flawed assessment tools and ambiguous policies that failed to prompt timely intervention in Cairo are systemic and well-documented.

For instance, among its findings, the inspector general’s report criticized HUD for unclear policies and lack of knowledge among staff concerning when HUD should take over a troubled housing authority. HUD has taken over about 20 housing authorities since 1985, a fifth of them in Illinois.

The report recommended that HUD update its receivership procedures and strengthen training for staff assigned to manage public housing authorities in receivership. The Office of Inspector General made a similar recommendation to HUD in 2012, upon reviewing the agency’s management of the East St. Louis Housing Authority, which HUD took into receivership in 1985. Six years ago, the agency said it would comply.

These oversight failures continue because Congress is not willing to address the causes of these problems, she said. That includes the fact that Congress has underfunded housing authorities and HUD for years, making it difficult to manage an aging, neglected housing stock or provide robust policing of HUD-funded programs in communities across America.

Pratt noted that housing policies trending toward a heavier reliance on private investment tend to leave rural towns and small cities further behind, particularly if they are economically distressed.

President Donald Trump's White House has proposed completely eliminating funding for big-ticket repair items at public housing complexes despite a backlog approaching $50 billion, by some estimates. Within HUD, a weakening of the fair housing office also affects the agency's ability to identify problematic housing authorities, as investigations into allegations, as well as routine civil rights compliance checks, are known to bring other serious problems with local management onto HUD's radar sooner, she said.

“Cairo is a microcosm about what’s going on around the country. It’s a symptom of a much deeper problem,” she said. “If the committee members were interested in figuring out what the scope of the problem is, what’s causing it and how it can be addressed, they would have a very different hearing with very different witnesses."

Since taking over the housing authority, HUD has announced the closure of Elmwood and McBride in Cairo, and two smaller family apartment complexes in Thebes. Combined, about 500 people called them home. As of this month, the 1940s era family apartment complexes in Cairo have been vacated. About 15 families remain in Thebes’ complexes. HUD has said the buildings are not safe for families, and that there is no money to renovate them.

HUD has provided the affected families in Cairo and Thebes vouchers that subsidize rent in the private market, plus moving expenses. But because of the shortage of housing in Alexander County, some families who wanted to stay in Cairo have had to move on. While there were also some families that welcomed the opportunity to relocate, the announcement was jarring and has had far-reaching effects on the town.

About 40 percent of the school district's student population called the Cairo complexes home when HUD announced its demolition and relocation plan in April 2017. With everyone now moved out, the Cairo school district started the fall academic year with 315 students, about 125 fewer students than last year.

“I haven’t gotten over the frustration and anger of how this came up,” said Cairo Mayor Tyrone Coleman. “It just never should have happened. These things always happen in poor communities. History has a tendency to repeat itself."

WASHINGTON — Appearing before a House subcommittee, a representative for Housing and Urban Development Office of Inspector General said that h…

Doors and windows of units located at the McBride Place are boarded up in Cairo.