SPRINGFIELD — Thirty counties in Illinois are now at the warning level for a resurgence of COVID-19 infections, the Illinois Department of Public Health announced Friday, more than double the number listed at that level two weeks ago.

IDPH issues a warning when a county crosses certain targets for two or more risk indicators that measure the amount of COVID-19 increase. Those include things such as the daily number of new cases per 100,000 population, the county’s test positivity rate and new hospital admissions for COVID-19.

IDPH released that list the same day it announced 2,149 new cases of the disease over the previous 24 hours and 20 additional virus-related deaths. That brings the statewide totals since the pandemic began in Illinois to 229,483 cases, and 7,997 deaths.

Laboratories in Illinois reported processing 48,383 tests during the 24-hour period, making for a single-day positivity rate of 4.4%. The statewide rolling seven-day average positivity rate for Aug. 21-27 stood at 4.1%.

As of Thursday night, 1,546 people in Illinois were reported hospitalized with COVID-19. Of those, 352 patients were in the ICU and 132 patients with COVID-19 were on ventilators. Those were all decreases from the numbers reported Thursday.

State Supreme Court: Masks ‘should be worn at all times’ in Illinois courtrooms 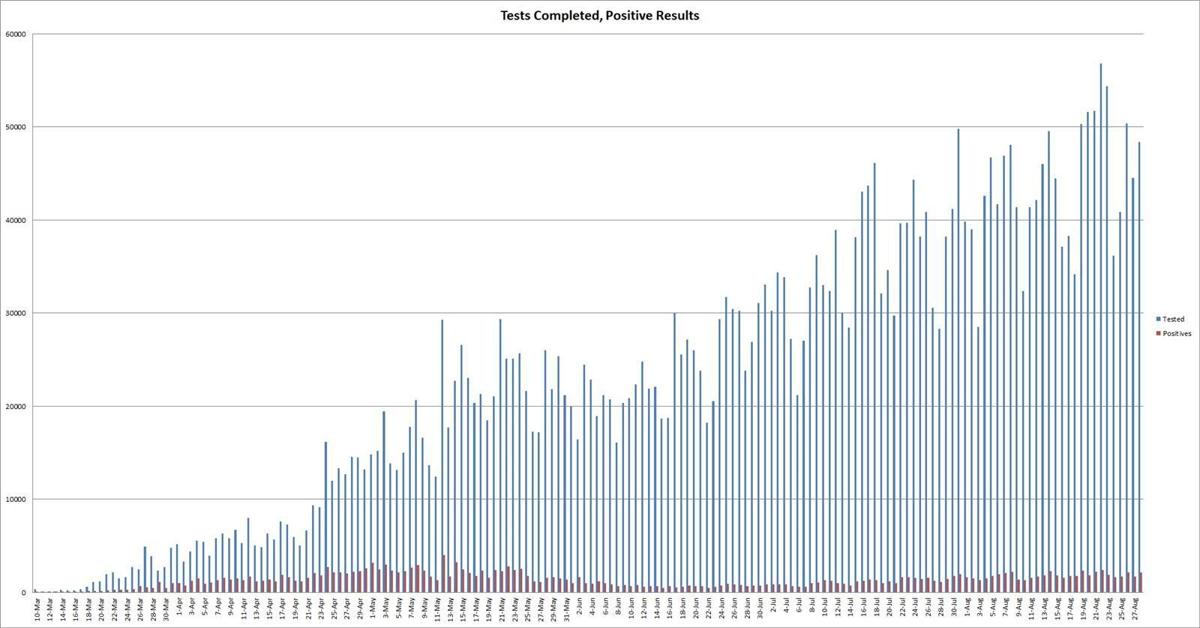 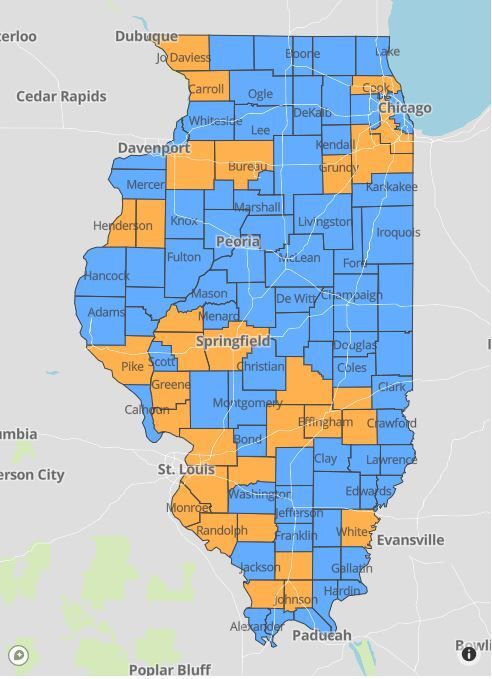 Thirty counties in Illinois are now at the warning level for a resurgence of COVID-19 infections.